There’s a place in Beijing called the Forbidden City, but you have a much greater chance of touring it than you do gaining access to any of these truly off-limits places.

Around the world are pockets shrouded in complete seclusion for one reason or another. Some are restricted for your own safety. Others are for the residents’ safety. Then there are restricted access areas where only individuals with top security clearance can enter.

The one thing they all have in common? You’re most likely never going to step foot into the area, no matter how much you want to. Read on to see the most off-limits locations in the world. 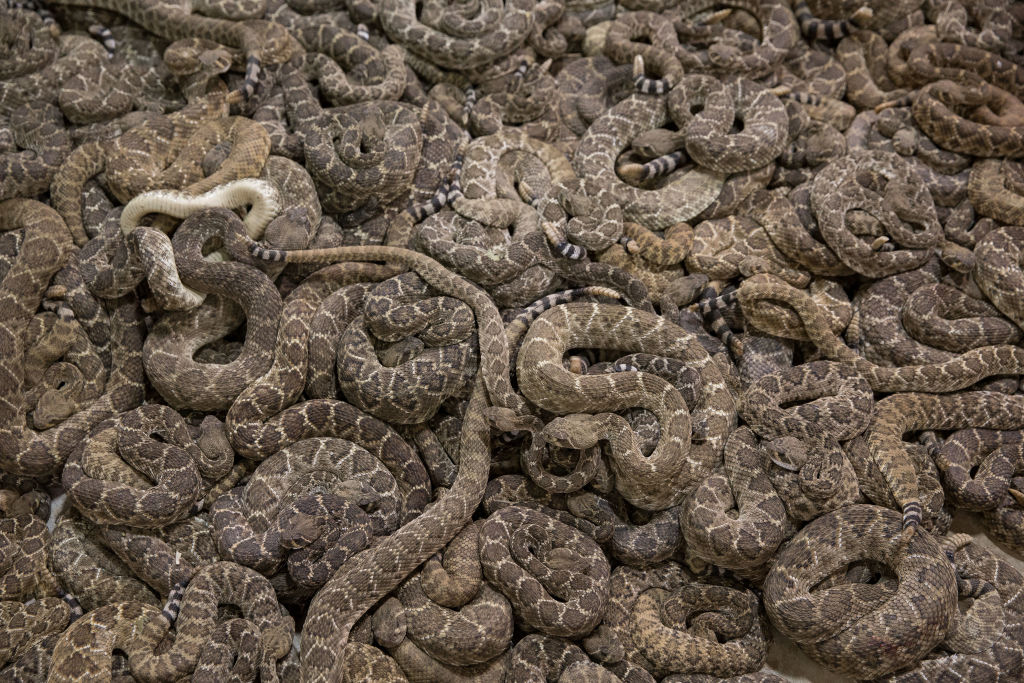 Imagine a place so overrun with the world’s deadliest snakes that you can barely put your foot down without stepping on one. It probably sounds like a horror movie, right? But this place exists.

Brazil’s Ilha da Queimada Grande, also called Snake Island, has an extremely high population of golden lancehead vipers. This snake’s poison is so potent that it melts human flesh around the bite area and kills victims in under an hour. A few people lived on the island to run the lighthouse up until the 1920s when the last keeper and his entire family were killed by a group of snakes who slithered into their home through the windows.

Rumor has it that there’s one snake per square meter on parts of the island, which is why the Brazilian government never allows tourists to visit. Research teams are granted access only if they bring a doctor along. 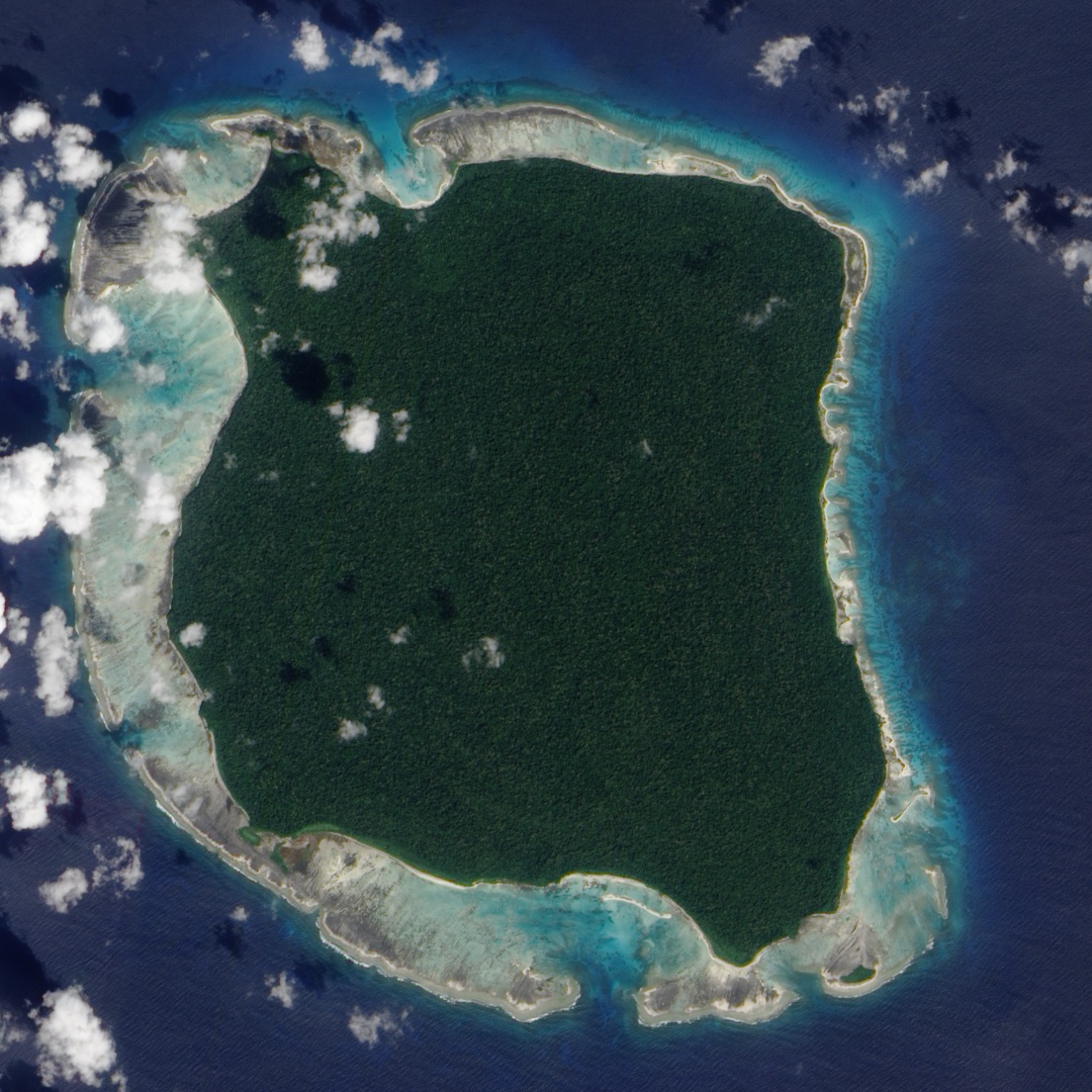 Remaining completely isolated from modern society isn’t easy, but that’s exactly what the Sentinelese tribe on North Sentinel Island has managed to do for 60,000 years. The Indian government allows them to remain isolated from society, and it’s illegal to come within 5 kilometers of the island.

Since the indigenous people haven’t built up immunity to common disease, they fear outsiders with a vengeance. When two fishermen accidentally drifted too close to the island, members of the tribe immediately killed them. Helicopters that fly too close are shot with arrows. That’s why they’re considered one of the most dangerous tribes in existence. 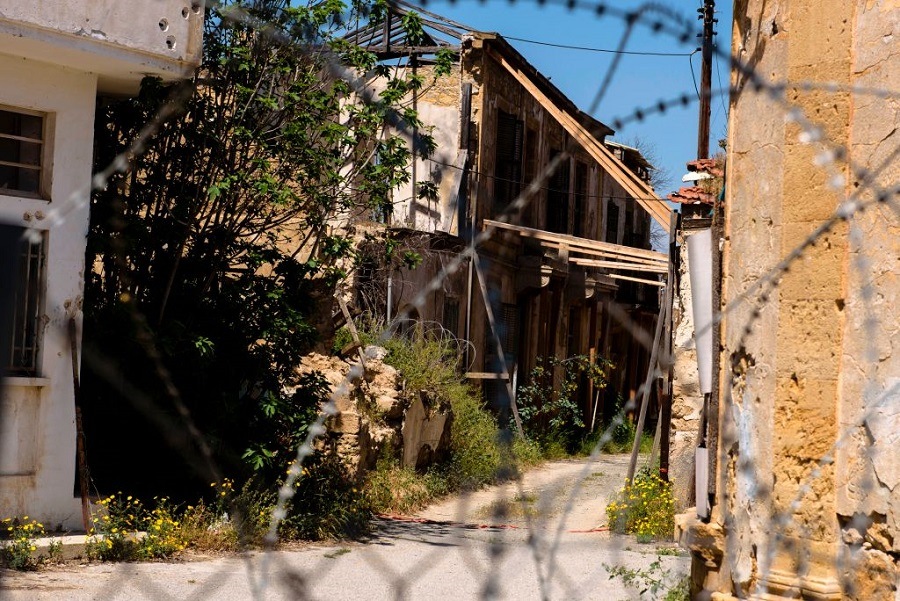 This no man’s land was established by the United Nations following the Turkish invasion of Cyprus.

In 1974, the Cyprus National Guard staged a coup. Turkey responded by invading Cyprus and a ceasefire was reached soon after. Now the island is split between Turks in the North and ethnic Greeks in the south with a huge buffer zone in the middle. This area still has crumbling businesses, houses, and even an airport that were abandoned after the war and remain that way to this day. 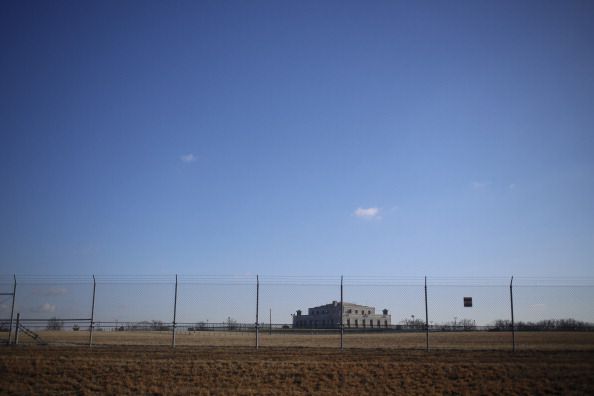 It’s one of the best protected places in the world. | Luke Sharrett/Getty Images

There’s a good reason why “as secure as Fort Knox” is a common expression.

The vault at Fort Knox contains most of the country’s gold reserve and it’s one of the best-protected places on Earth. Rumor has it that the grounds are surrounded by landmines, and the building itself is made of concrete-lined granite that’s reinforced with heavy steel.

There’s not one person who can get into the vault, but rather several employees know small pieces of the combination, and no one can access the gold. Only one president in history (Franklin D. Roosevelt) has been inside the vault.

Next: Tomb of the Qin Shi Huang, China 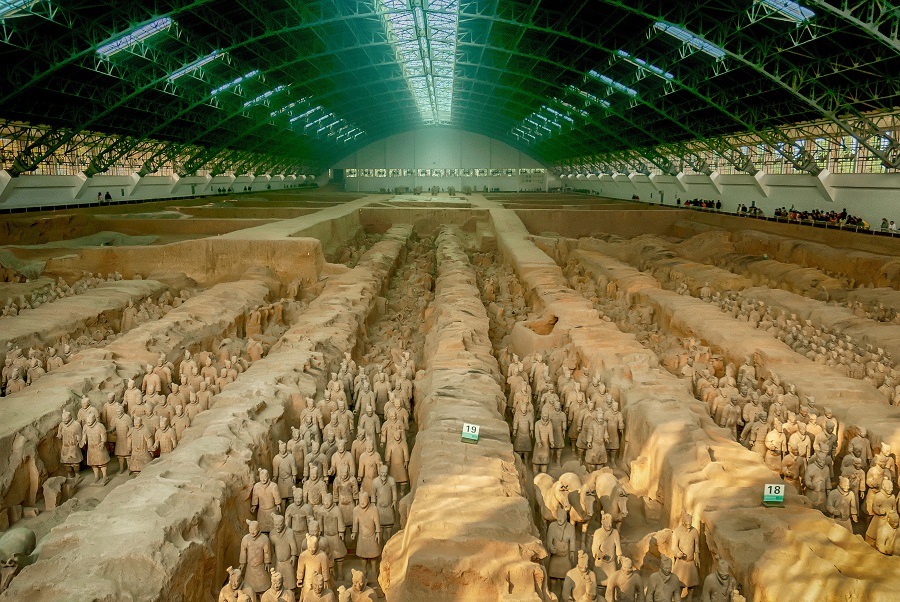 There are two reasons that the Chinese government won’t allow archaeologists to excavate Qin Shi Huang’s tomb: first, they have a deep respect for their country’s first emperor. Second, they fear that even modern tools could damage the priceless relics.

Farmers discovered the tomb and since then, 2,000 clay soldiers have been unearthed. Even though an estimated 8,000 more remain, a halt was put on digging them out. Before it was discovered in 1974, the tomb was untouched since 210 B.C.E. 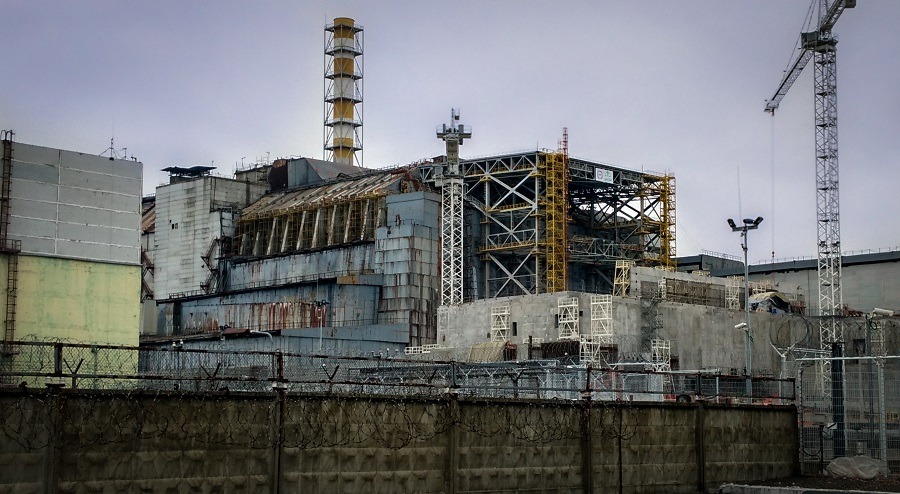 One of the worst nuclear accidents in history occurred on April 26, 1986, near Chernobyl, Ukraine. The initial explosion only killed 28 people, but the resulting radiation leakage is still causing illness and cancer even today. It’s impossible to accurately calculate how many people were poisoned, but experts estimate that anywhere from 9,000 to 1 million people will perish from radiation exposure due to the blast.

Even now, decades worth of cleanup efforts haven’t left the area safe for people. The power plant director says the land most likely won’t be inhabitable again for 20,000 years. 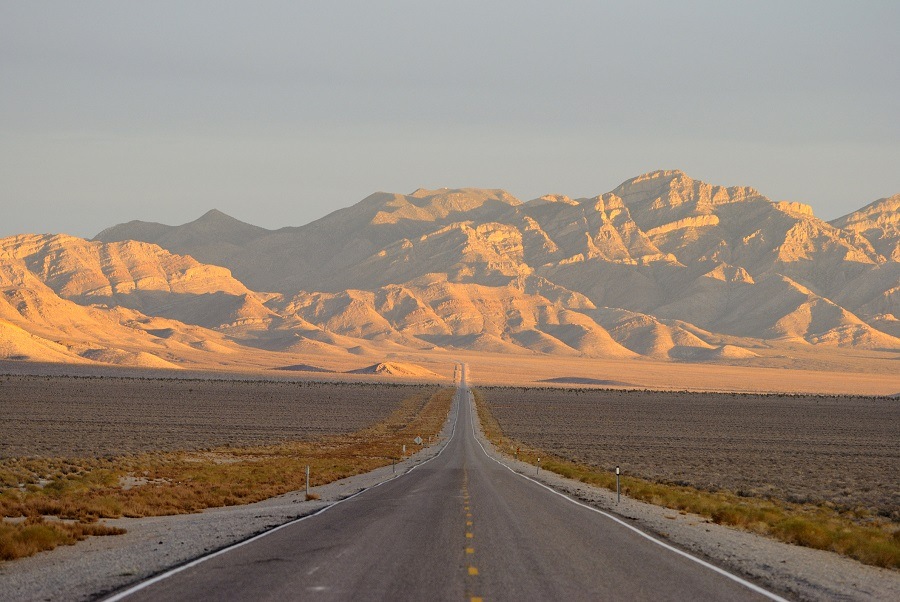 Conspiracy theorists believe that the U.S. government conducts alien experiments at the Nevada military base known as Area 51. While it’s never been publicly revealed what sort of research takes place here, it’s clear that officials are intent on keeping it secret. Some sources claim that not only do security cameras keep an eye on the perimeter, but there are embedded sensors in the approaching road. Supposedly no scorpion sneaks past undetected.

Unless you’re granted top security clearance, it’s unlikely you’ll ever know what goes on at this heavily guarded spot in the middle of the desert. 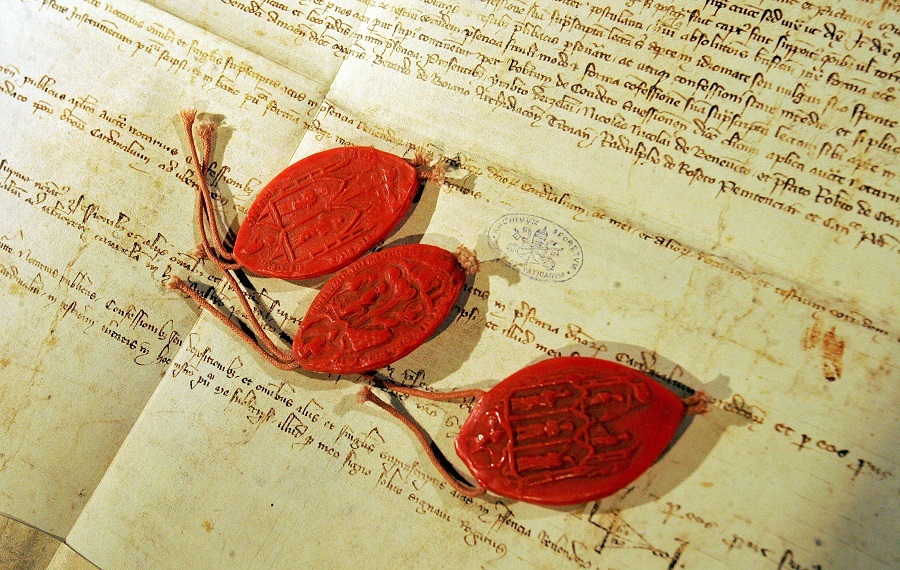 The archives date back to ancient times. | Alessia Giuliani/AFP/Getty Images

Not many individuals are granted access to the closely guarded vault in Vatican City. The facility contains 53 miles of documents belonging to the Catholic Church that date back to ancient times. There’s a letter in there from Mary Queen of Scots pleading with Pope Sixtus V to save her from being beheaded along with documents detailing Martin Luther’s excommunication.

Researchers may be granted access for up to three months at a time, and no more than 60 people are permitted in the archives at one time. 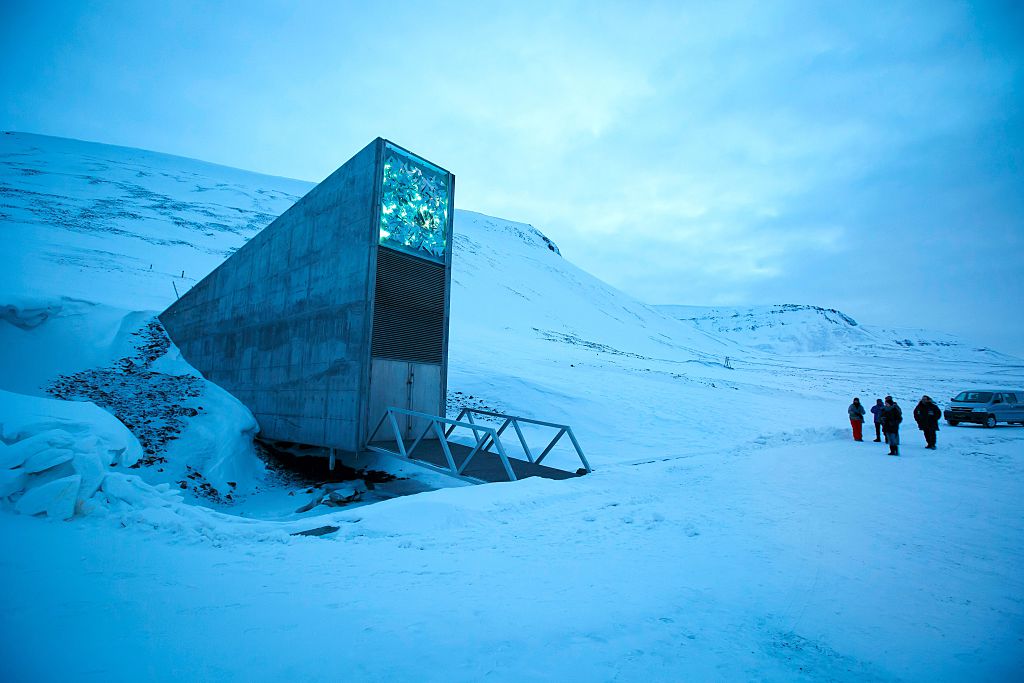 This vault could be vital to the survival of humanity. | Junge Heiko/AFP/Getty Images

You probably never thought too much about seeds, but if a natural disaster hit and destroyed most of the planet, this vault could become paramount to the survival of humanity.

Buried more than 320 feet in a mountain situated between Norway and the North Pole, the Svalbard Seed Vault contains 890,000 preserved seed samples from just about every country in the world. The vault is only opened a few times a year and very few people are granted access to the precious items inside.

Alarmingly, in May 2017, melted permafrost managed to seep into the vault, though thankfully none of the seeds were damaged. The potential tragedy was attributed to climate change. 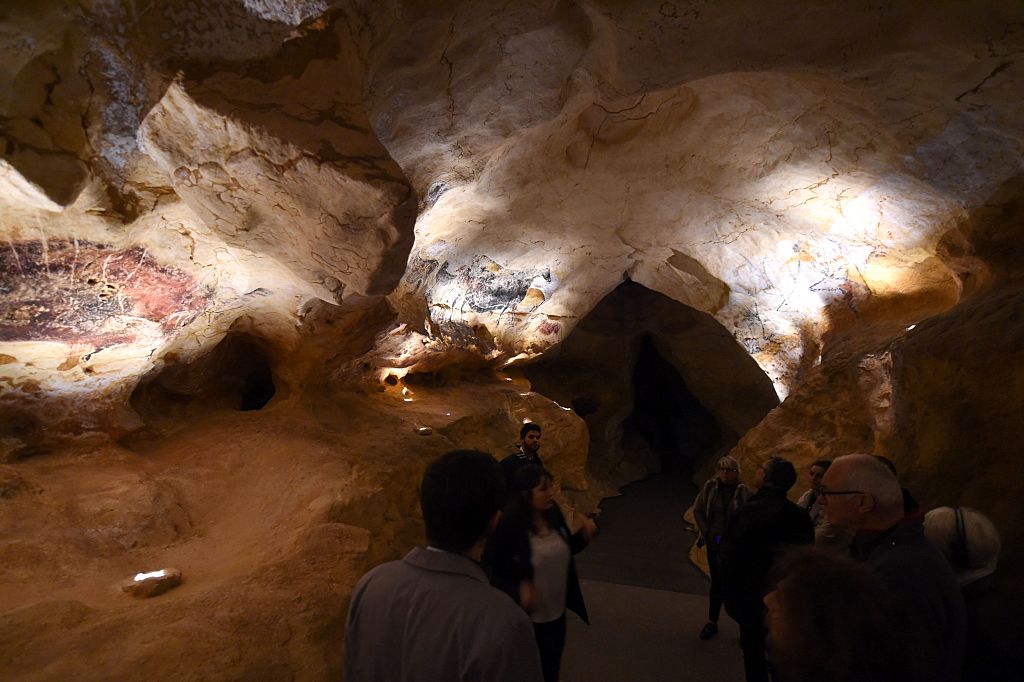 You can visit a replica cave. | Mehdi Fedouach/AFP/Getty Images

If you were exploring the world prior to 1963, then you could have gained entry to this amazing cave of prehistoric paintings. They were discovered in 1940 and quickly became a popular tourist site, however the caves were closed to the public after it was found that carbon monoxide from all the crowds was deteriorating the paintings.

Now you can visit a replica cave, but the real thing is only accessible to authorized researchers.

Read more: What You Don’t Know About Niihau, The Forbidden Island of Hawaii