Many HGTV fans would love to live in a home renovated by Chip and Joanna Gaines, stars of the hit show Fixer Upper. But even those fans who know everything there is to know about the Texas-based couple and their adorable family might not be aware you don’t have to move to the Waco area in order to experience life in a Fixer Upper house. In fact, all you have to do is book a stay in one of the many homes that have ended up on Airbnb after Chip and Joanna handed over the keys.

Of course, Chip and Joanna aren’t thrilled the “dream homes” they renovate for clients are popping up as vacation rentals. In fact, the show’s contracts will be more strict about the practice. Nonetheless, many people think Joanna’s clean aesthetic makes for a perfect Airbnb rental. Want to take a vacation to Texas despite the Gaineses’ objections? Let’s take a peek at the best Fixer Upper homes you can book on Airbnb.

You can rent the Mailander house on Airbnb. | Airbnb.com

The Mailander house, renovated on the first season of Fixer Upper, accommodates four guests in three bedrooms. And it’s just a quick drive (or bike ride) away from the Magnolia Market Silos. The home, located on North Fifth Street, was built in 1910. Chip and Joanna renovated the home for owners Dave Morrow and Marla Hendricks, who moved out of the house when they got tired of all the attention it got from adoring Fixer Upper fans.

Another Fixer Upper home you can rent on Airbnb? The Shotgun house. | Airbnb.com

The Shotgun house, located just down the street from the Silos, is a one-bedroom home that can accommodate up to four guests. The house was featured on the third season of Fixer Upper, when it was purchased by Cameron and Jessica Bell. The couple loved that it’s one of only two shotgun houses in Waco. But the Bells actually never lived in the house. And they’ve put it up for sale with an asking price of almost $1 million. That astronomical price surprised local real estate agents. But the Bells defended it, calling the house an “investment property,” thanks to its popularity on Airbnb.

You can rent the Mid-Mod, renovated on Fixer Upper, via Airbnb. | Airbnb.com

The Mid-Mod quickly became a fan favorite during Season 2 of Fixer Upper. The home, purchased by Josh and Jill Mayborn Barrett, has a mid-century modern aesthetic that’s rare both for Waco and for Magnolia Homes. The house accommodates up to 10 guests in four bedrooms. The Barretts first began renting out the house on weekends to make some extra money following a change in Josh’s employment status. The rental took off, so the couple and their family relocated to another Waco home and even renovated the Mid-Mod’s garage to accommodate more guests.

You can rent the Harp house on Airbnb. | Airbnb.com

The Harp house is the perfect vacation rental for big families of Fixer Upper fans because it sleeps 12 guests in five bedrooms. Featured in the fifth episode of the very first season of the show, this 15th Street home belongs to Clint and Kelly Harp, Joanna’s favorite carpenter and his wife. The Harps and their children lived in the home for two years and then opted to move to another house to create some mental distance between the home and their Harp Design Co. shop next door.

A Fixer Upper favorite, the German schmear house, is listed on Airbnb. | Airbnb.com

The German schmear house, nicknamed by its owners for the finishing technique Joanna used on the exterior brick, can accommodate eight guests in its four bedrooms. The home — close to downtown Waco, the Silos, and Baylor University — was featured on Season 3. The home was purchased by Jeff and Sara Jones, two newlyweds and both Baylor grads.

The house, like other Fixer Upper properties, doesn’t look exactly like it did on the day that Chip and Joanna filmed the reveal. But as one blogger noted, the Airbnb photos show which of the staged items the homeowners chose to purchase.

You can rent the Downs house, renovated on Fixer Upper, on Airbnb. | Airbnb.com

The Downs house, renovated on Season 3, was called the “Three Little Pigs house” when it was featured on Fixer Upper. The house accommodates up to five guests in its two bedrooms. And it’s in the perfect location to go see other Magnolia Homes, too. Homeowners Ken and Kelly Downs write on the Airbnb listing, “We purchased our home in Waco because of the incredible opportunity given to us to work with Chip and Joanna Gaines of Magnolia Homes. They were able to transform an old craftsman home with great potential into the incredible charming house that we live in today.” 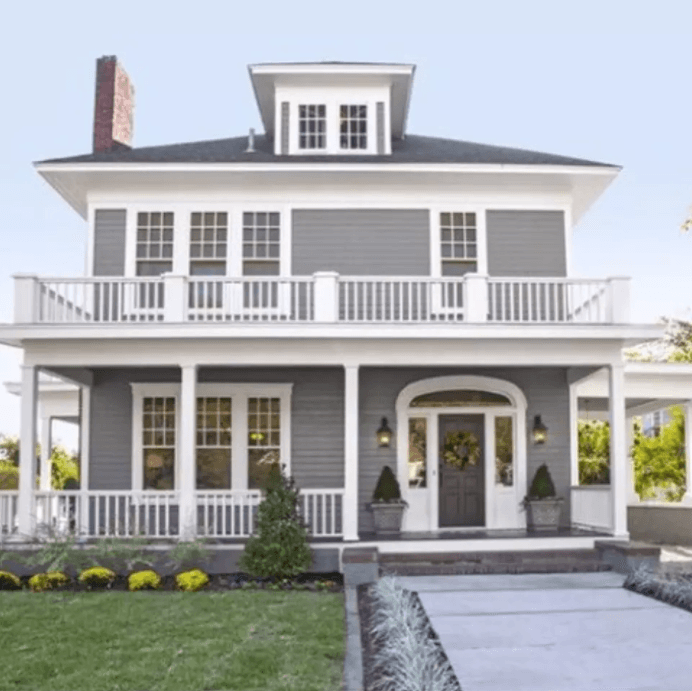 You can rent the Gorman house on Airbnb. | Airbnb.com

The Gorman house was renovated on the first episode of Fixer Upper, and Chip and Joanna had their work cut out for them with this 2,700 square foot home. The home has five bedrooms and 4.5 baths, and it can accommodate up to 12 guests. Charmaine Hooper, who owns the Gorman house with her husband, Chuck Codd, originally planned to lease space in the home for a day care. When those plans fell through, she listed it as a vacation rental. Since then, the home has hosted groups who go to Waco for weddings, family reunions, business meetings, and Baylor events.

You can rent the Barndominium on VRBO. | VRBO.com

Sure, it’s not strictly on Airbnb. (It’s listed on VRBO instead.) But would you really pass up the opportunity to check out the rental listing for the Barndominium? This home, featured on Season 3, measures up at a spacious 2,700 square feet. It sleeps up to 20 guests in five bedrooms and has the spacious “grand dining hall” to match.

The house is actually the most unpopular Fixer Upper renovation, and plenty of fans of the show think the home’s layout doesn’t make much sense. Nonetheless, it was one of Joanna’s favorite projects. The home is actually up for sale for the second time in about a year.