Flirting with the Enemy: The Changing Face of Travel to Cuba 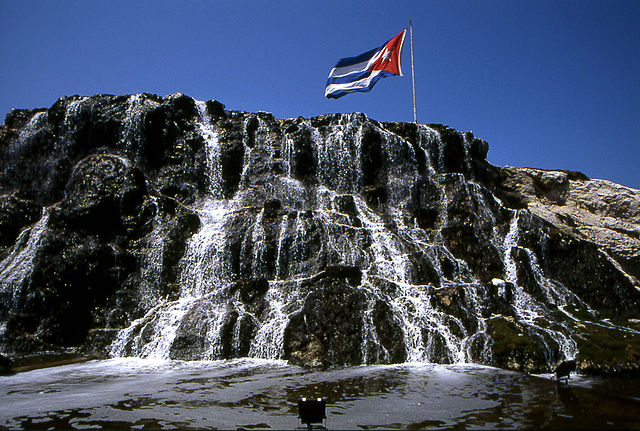 For travelers who are personally acquainted, Cuba’s 21st century brand of tropical Marxism remains as ambivalent as it is alluring: a Caribbean party island where 1950s American cars splutter alongside horse-drawn carriages and sleek art deco towers flank crumbling colonial mansions emblazoned with revolutionary iconography. The cigars are the finest in the world, the rum flows freely, music electrifies body and mind — it comes as no surprise that Cuba had such a hold on Ernest Hemingway.

While many Cubans still view their national identity through the prism of a David-and-Goliath struggle against the evil empire of the United States and continue to revere Che as a beret-clad Messiah, Raúl Castro is keenly aware that the utopian ideals of the Revolution cannot eternally bolster the country’s stagnating economy.

When it comes to ideologues, self preservation is a potent economic force. When Cuba’s communist sidekicks collapsed like dominoes in the 1990s, the so-called Special Period transformed Havana from a place with one of the highest standards of living in Latin America into a medieval landscape, and the regime’s ideological foundations –cradle-to-grave education, housing, and health care for all — began to crumble along with the capital city’s colonial treasures.

In 1994, Fidel Castro was forced to trade with the enemy, replacing the patronage of the Soviet bloc for the most potent symbol of the evil empire. The U.S. dollar was legalized, and the tourist bandwagon slipped into gear. The greenback, reviled and revered in equal measure, became a last-ditch attempt to pull Cuba out of economic and social collapse. With the dangling carrot of private enterprise, Cubans were permitted to open up their homes as restaurants (known as paladares) to paying guests, only later to be hammered by astronomical taxes and threats of fines for noncompliance by a bureaucratic minefield.

As you might expect, when Cuba’s Communist Party accepted Raúl Castro’s plan to “update” the Marxist system in 2011, Cuban citizens and the world responded with more than a whiff of cynicism. Technically speaking, Cubans may apply for self-employment status, travel with greater ease, and buy and sell theirs cars and homes, reforms that are as startling in their ordination as they have been limited in their execution.

While many Cubans are rightly skeptical of Raúl’s stated aim of introducing a limited form of capitalism to avoid “skirting the abyss,” the overarching desire among Cubans (whose average wage is just $10 per month) to embrace capitalist values has proved unequivocal. In the six months that followed the reform bill, more than 250,000 Cubans applied for licenses to run their own business, with more than a quarter of those in the tourist industry.

In October, the government announced that the current and highly convoluted dual-currency system will be gradually abolished in favor of the Cuban peso, a move which will delight tourists who have struggled to fathom the dollar value of, well, everything.

With much talk in the United States of a rapprochement — fomented by the symbolic handshake between Raúl Castro and President Barack Obama at Nelson Mandala’s funeral this week — Cuba’s road to capitalism looks set to be paved with tourist greenbacks. Emerging cottage industries, from hair salons to pizza storefronts, are negotiating the precepts and values intrinsic to competitive market systems.

Aspiring restauranteurs are challenging Cuba’s reputation as a notorious culinary backwater in which unpalatable rice, beans and ropa vieja (a shredded beef dish translated, with no intended irony, as “old clothes”) was the standard fodder at most state-run restaurants. Following in the footsteps of La Guarida, the iconic paladar that appeared in the critically acclaimed Cuban movie Fresa y Chocolate, every week, more and more homes are being recast as gastronomic hot spots that cater to the discerning traveler.

Despite crippling food shortages, not to mention a 100 percent tax levied on imported produce and the bureaucratic shackles that render effective supply-and-demand chains impossible, Cubans are thoroughly embracing their quasi-entrepreneurial status. Heartened by Castro’s overtures to free enterprise, a crop of tour outfitters has defined niche markets for activities from cycle and horseback tours to epicurean adventures that will introduce a new wave of intrepid travelers to Cuba’s diverse landscapes as well as the rich and complicated history of Cuba’s colonial towns and cities.

Encouraged by Cuba’s tourist ministry, the hotel industry looks set to take a cue from Havana’s Hotel Capri, the archetypal Soviet-era behemoth built by mobster Santo Traficante in 1958 (and given a nod by Mario Puzo in The Godfather), which is set to be unveiled this winter after four long years and millions of dollars of investment.

Following the Revolution, when Marxists were more intent on saving the soul of the nation than Cuba’s architectural heritage, Habana Vieja’s sumptuous colonial mansions and ancient palaces were reduced to sepulchral shells shored up by wooden crutches. Since the city’s colonial kernel was endowed with World Heritage Site status in 1982, restoration work has breathed life into Cuba’s ailing monuments. As the pace of reform accelerates, partnerships forged with European and Canadian enterprises promise to restore much of the city to its former belle époque splendor.

What remains to be seen is if mammoth rehabilitation projects will morph Havana’s architectural eclecticism into a homogenous mass of creamy, buffed facades, polished iron works, and manicured squares where you don’t step on the grass. As the cliché goes, the time to see it all is now, before the Castro brothers fall and the Golden Arches make their move. As the current political climate would suggest, a Caribbean vacation to Cuba is now a distinct probability for American travelers.

Don’t Miss: 5 Golfers With the Most PGA Tour Wins.