Do you watch Anthony Bourdain’s Parts Unknown and decide that you could eat a sheep’s innards, or actually enjoy the insects that are delicacies in corners of the world you’ve never seen before? It’s one thing to be an adventurous eater, but there are also some foods that are just too terrible to eat. The unfortunate part is that some of them even look good — until you get up close and try them.

According to the National Restaurant Association, Americans are becoming more daring with the foods they’re willing to try. As eating out becomes more popular, adults are more willing to try cuisines they’ve never had before, with unfamiliar ingredients. But looks can be deceiving, and foods that appear innocent enough at first glance can be extremely off-putting. After trying one of these foods — which are by and large declared to be terrible by swaths of people — you might be running for the closest, safest grilled cheese or slice of pizza you can find. 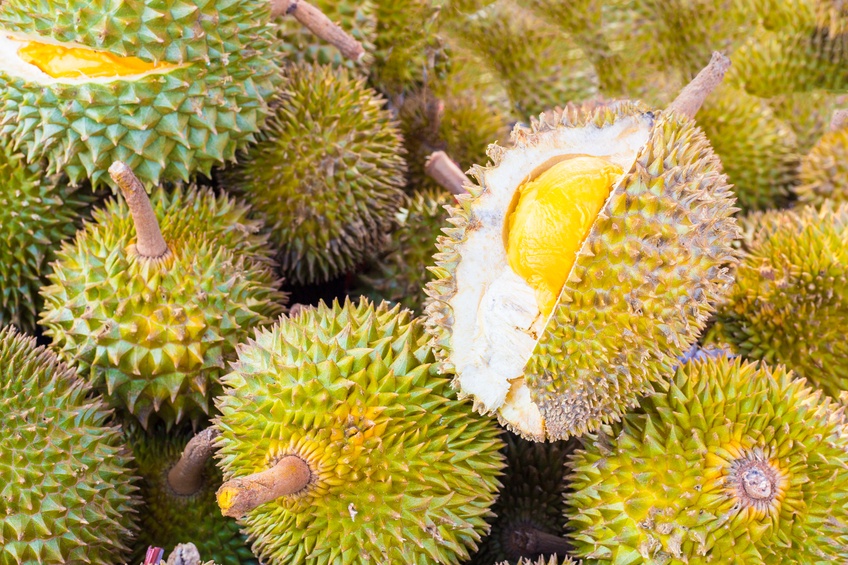 This fruit is all over the place in southeastern Asia, and it’s particularly popular in Malaysia. The fruit looks like a spiky, oversized kiwi, and since it’s a tropical fruit, it has to be good, right? Not so much. The Guardian dubbed durian the “most divisive fruit in the world,” largely because there’s no middle ground with this produce. You either love it, or the noxious odor is enough to make you swear off eating for days.

According to the story in The Guardian, people who enjoy durian say the flavor of the fruit inside the spiked exterior is mildly sweet, with a creamy, almond-like taste. But most people can’t get past the odor, and even those who do have described eating it as similar to trying “pungent, runny French cheese.” You can smell the fruit even before it’s cut. For this reason, the country of Singapore has banned durian on its public transit system.

As if you need another reason to avoid this pungent fare, scientists have come to believe that compounds in the fruit inhibit the liver’s ability to break down alcohol. As the Smithsonian suggests, that factor could explain an Asian folk tale about how eating durian while drunk leads to death. Not a stellar endorsement for a fruit, overall. 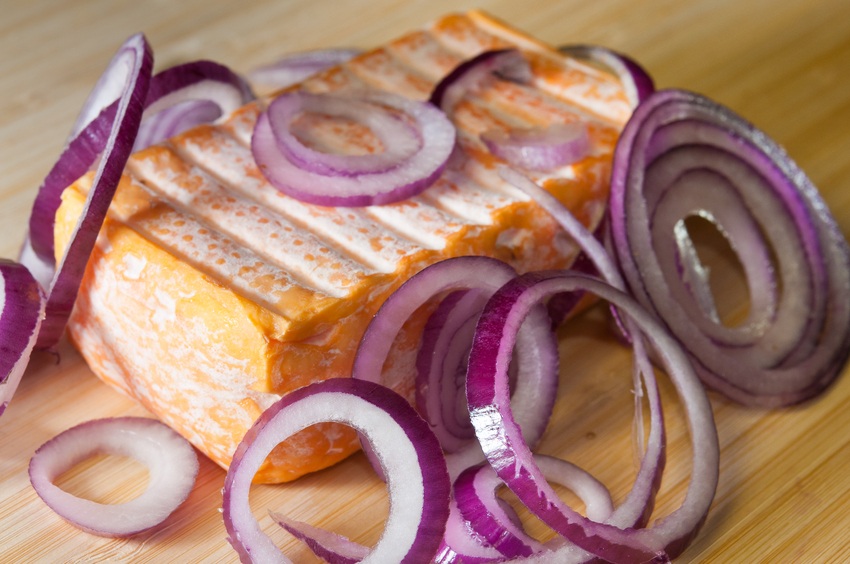 If you had the mother of all colds and completely lost your sense of smell, you might think that a few slices of Limburger cheese could be appetizing. After all, the cheese is soft and creamy, and could pass for any number of delicious selections in the specialty deli section of your grocery store.

However, since smell is so closely tied to taste, you’ll realize that looks aren’t everything, especially when it comes to cheese. The bacteria on the rind of Limburger is what’s earned this particular variety its notorious reputation for stinking up the refrigerator. Believe it or not, Limburger cheese is made in Wisconsin, and some people say it actually has a good flavor. But when a cheese rind is described as having a “funk” to it, trying a bite doesn’t seem likely. 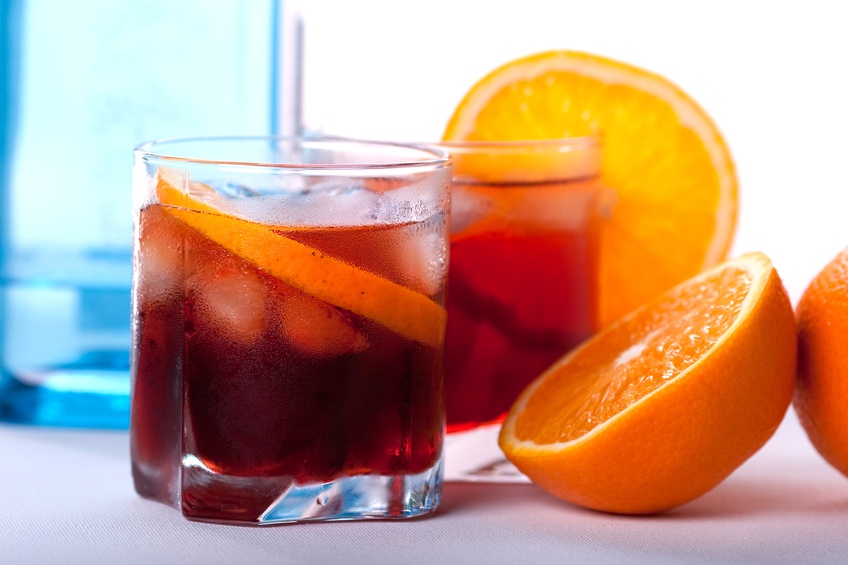 Campari isn’t so much a food as it is a good-looking drink. It’s reddish hue leads you to believe you’re about to drink a fruity, sweet liqueur, when in fact you’ll get a mouthful of some of the most bitter alcohol available. It’s a liqueur that traces back to Milan, Italy, and is made from herbs and orange peel. While that doesn’t sound so bad, most people will say it’s an “acquired taste” — typically not compliment for any food or beverage.

“It’s so bitter it makes your toes curl!” one travel writer attests on Rick Steves’ Europe blog. You’ll see it’s bottled in America as an “aperitivo,” which denotes a pre-dinner drink. If you do find yourself wanting to try Campari, go for a Negroni or Americano, both drinks that highlight the beverage while also toning down its most bitter components with sweet vermouth and other spirits. 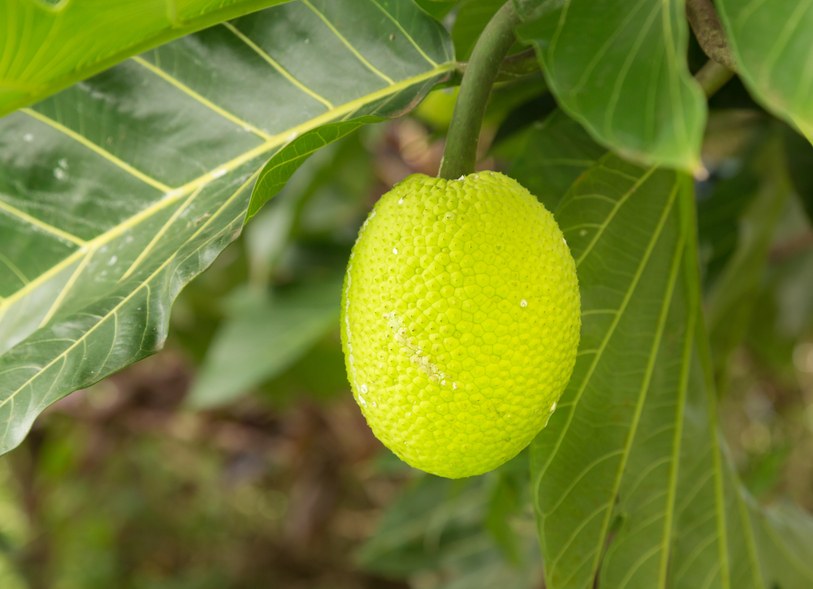 Back to produce and tropical fruits, breadfruit is one of those selections that looks like it could be incredibly tasty. Unfortunately, it’s so bland it’s difficult to enjoy. The Wall Street Journal writes breadfruit is “all but inedible.”

The reason for this is the fruit, which grows in Hawaii and other tropical locations, is incredibly high in starch. A bad breadfruit can be mealy (which is rather common), and it can go bad quickly, leaving behind mushy remains. Typically, most describe the flavor as something akin to undercooked potatoes. No one really wants to combine starchy bread with a tropical fruit in the first place, which is probably why the produce hasn’t taken the world by storm.

Still, some advocates believe breadfruit could be a key to solving hunger issues around the globe, and are trying to find new ways to make the fruit more appealing. The Journal reports one breadfruit tree can produce 450 pounds of fruit in a season. A half-cup serving contains 121 calories and is rich in fiber, potassium, and other nutrients that could help feed communities facing hunger. The National Tropical Botanical Garden, for one, believes distributing these fruits to farmers in tropical regions could help to solve some of these hunger issues. While that’s admirable, we might need a better plan than topping with some butter and salt — a traditional way of serving the bland food. 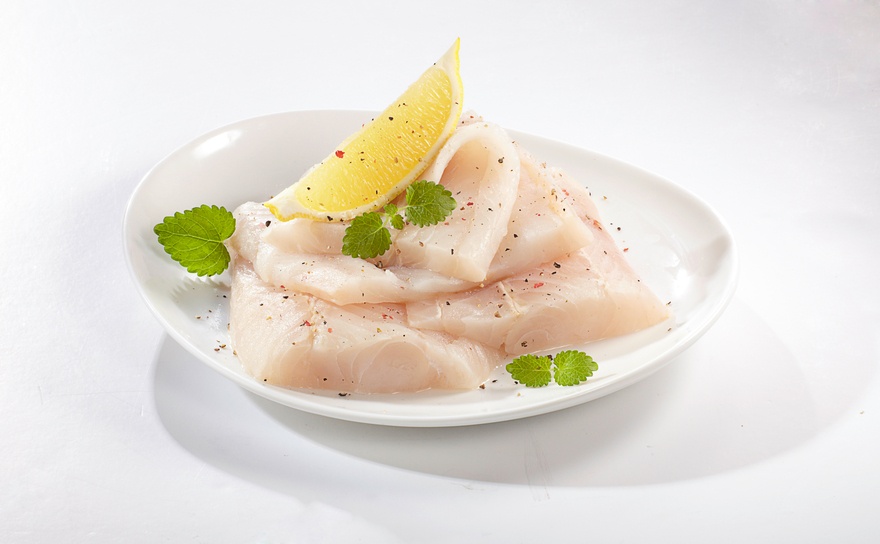 It’s generally agreed that foods soaked in chemicals otherwise used for cleaning stainless steel shouldn’t be consumed. Lutefisk, it seems, is an outlier. Scandinavian countries, especially Norway, are known for soaking codfish in lye — otherwise known as sodium hydroxide, one of the main ingredients in Drano. The resulting dish is lutefisk, and is heralded as a traditional holiday meal.

This fish dish even boasts songs declaring, “You smell so strong you look like glue, you taste just like an overshoe.” As NPR reports, even many diehard Swedes now celebrating the holidays in the United States have given up on eating the traditional dish.