Maybe you have a quick flight that coincides with a mealtime. Or you have a craving for your favorite food in the air. Sometimes, you just have to chow down on the airplane. Because of tight quarters and limited air circulation, you should also follow a few ground rules when bringing food aboard.

Flight attendants and seasoned travelers weighed in with what you should never eat on a plane — your seatmate will thank you. We bet all of us have accidentally consumed the last one (page 15).

1. McDonald’s or other fragrant fast food

People don’t want to smell your food for the whole flight. | Johnnieshin/iStock/Getty Images

If you even think about McDonald’s french fries, your brain can probably conjure up the exact scent. That’s because greasy, preservative-laden McDonald’s smells and tastes so strong. Don’t believe it? Give your sleeve a sniff the next time you visit the mall food court. For that reason, it makes terrible airplane fare.

Next: The following food will almost definitely make you some airplane enemies.

2. Tuna or other canned fish

It’s another food with a strong smell. | iStock.com/HandmadePictures

Sure, we love a good tuna melt as much as the next person. But if you would not eat it in your cubicle at work, lest you anger Linda in accounting, don’t bring it on the airplane. Tuna and other canned fish smells about as strong as you can get, and it also doesn’t do your breath any favors.

Next: Speaking of breath, keep this next food off yours on the plane.

You can’t get rid of the garlic smell. | iStock.com

Unless you suspect your seatmate of having something in common with the stars of The Vampire Diaries, keep garlic off the plane. Not only will it make your breath totally vile, it also stinks up the entire cabin. Use this easy rule of thumb: If you would burn a candle after cooking it in your own kitchen, it doesn’t belong on an airplane.

Next: While the following provides a hit of protein, it comes with another nasty side effect.

Hard-boiled eggs have a lot going for them. They travel well, contain lots of healthy attributes, and go great in a sandwich or by themselves. But these little spheres of goodness also stink to high heaven, especially in close quarters. If you must chow down on an egg-salad sandwich, finish it before you board the airplane.

Next: We love these tasty snacks as much as the next person, but we have bad news for you. 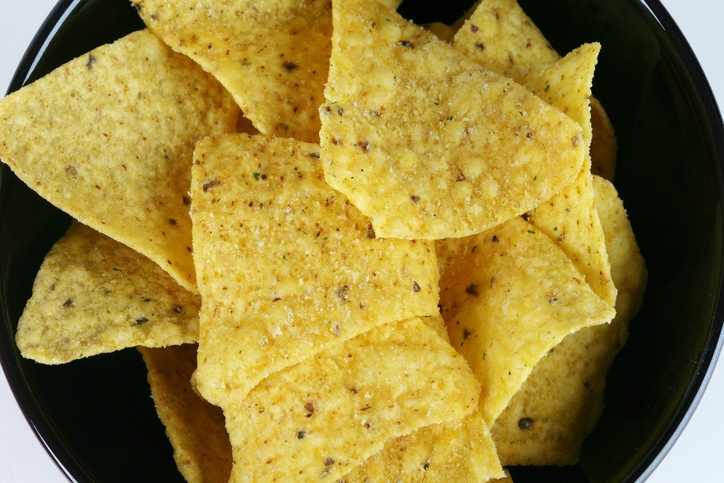 Some foods taste great when you chow down on them, but do terrible things to your breath over time. Doritos — especially the iconic Cool Ranch flavor — fall into this category. As much as we all love these strongly flavored snacks, the smell really carries. In general, if a big whiff escapes when you open the package, it doesn’t make a good airplane snack.

Next: The following no-no should really not surprise anyone.

The sour, funky, spicy taste of kimchi makes certain Asian cuisines really pop. But it also starts to smell like something died in close quarters. When dining at home or in a restaurant, go ahead and pile on the fermented cabbage. But on an airplane, spare your seatmates these strong flavors they may not enjoy as much as you do.

Next: This category falls under common courtesy more than smell.

The crunching can annoy some people. | iStock.com/Kwangmoozaa

Many airlines serve packets of pretzels or even potato chips, in small portion sizes. Think twice before you bring your family size bag of potato chips with you on the airplane, as well. When enduring a long journey — especially overnight — loud snacks like chips can really disturb those around you. Good neighbors eat quietly.

Photo: Your digestive system will also thank you for skipping the following foods.

Beans, broccoli, onions or any other ingredients that could give you gas should stay off your in-flight menu. You don’t want to get a case of the toots while in the air, and your seatmate definitely doesn’t want that either. Watch out for gum and fruit like apples for the same reason. Your digestion can slow down in-flight, and those airplane bathroom lines can get pretty long.

Next: If your plane encounters turbulence, you’ll regret this next one.

Beverage service gets suspended during turbulence for a good reason: Liquid and bumpy rides make a terrible combination. Some people suggest bringing instant soup on-board and asking the flight attendant to heat it up, but we don’t recommend it. It can slosh and spill, leading to burns. All of that added salt also causes bloat, so your belly will thank you for leaving it at home.

Next: Consider your potential fellow travelers before packing the following.

Some people have allergies. | sergoua/iStock/Getty Images

Peanut allergies can have very serious effects, and you never know who suffers from them. Some people can have trouble breathing even if they smell peanuts, and do you want that on your conscience? Often, passengers with serious allergies will notify the airline ahead of time, but in this case, better safe than sorry.

Next: In fact, just avoid the entire following category.

Whether you pack a snack from home or grab something at the airport, you have so many non-stinky choices. Considerate passengers go with one of those, and the entire plane curses those who don’t. If you can smell your food through the takeout bag or as soon as you open it, so can your seatmates. In this situation, a little kindness goes a long way.

Next: This healthy snack can also fight back in flight.

You know how your ears pop during takeoff? That’s because of changing cabin pressure, which has an effect on packaging, too. Those foil-topped yogurts blow up like balloons as you change altitude. If you open one in-flight, we can virtually guarantee a messy explosion. If you don’t want to wear your snack, skip the yogurt cup.

Next: This category has more to do with convenience than courtesy.

13. Anything you can’t finish

You don’t want to worry about leftovers. | lolostock/iStock/Getty Images

If you pack food to eat on-board, make sure your eyes aren’t bigger than your stomach. When traveling internationally, you can’t bring many foods through customs. In most countries, you’ll have to declare any food, even packaged items, before entering.

An opened package might not pass the border agents. Fresh fruits and vegetables usually won’t make it, due to agricultural regulations. The U.S. Customs and Border Control Agency offers this helpful guide, but other countries have their own rules.

Next: Think ahead before eating these foods on a plane.

Use this easy guide to whether you should eat it aboard a plane. If you’d have trouble eating it without a knife and fork on land, don’t try to do so in the air. Anything that requires cutlery — with the exception of food provided by the plane — can get tough to eat neatly. Trust us: Nothing makes seatmate enemies faster than spilling food.

Next: This health concern might shock even frequent fliers. 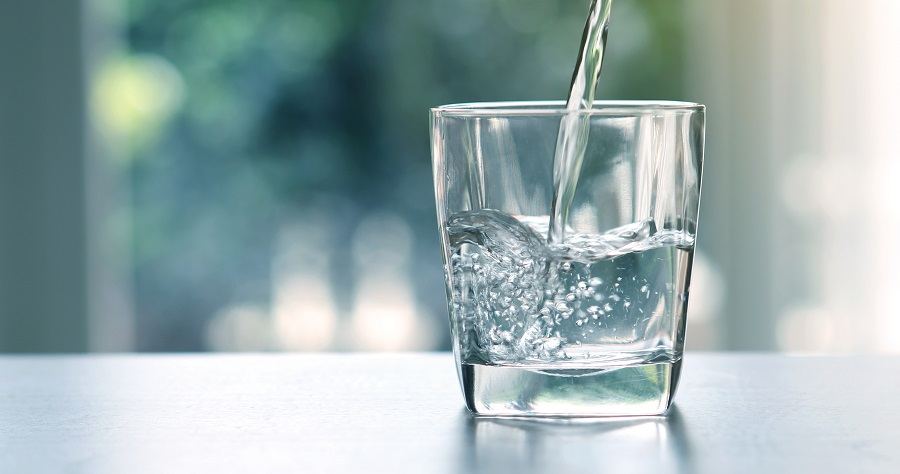 Some reports have found that tap water on airplanes contains E. coli. A 20-year flight attendant told Time Magazine that water holding tanks only get cleaned about once a year, making them a breeding ground for nasty bacteria. Even under newer, stricter cleaning regulations, 12% of commercial planes tested positive for coliform, a bacteria commonly found in feces.

If you want to stay healthy, avoid tap water and beverages made with it on the flight. That includes tea and coffee, since those don’t get hot enough to kill all those little bugs. Most people won’t get sick from plane water, but do you really want to risk it?