These days, news headlines alert us often about the prospect of a North Korean nuclear attack. According to some reports, no American city isn’t within reach of the rogue country’s nuclear weapons. But did you ever stop and consider that nuclear weapons housed in your own backyard might be even more of a threat? The United States currently houses 4,000 nuclear warheads, and just one of them could likely obliterate the city where you live within minutes.

Back in 2013, Air Force Lt. General James Kowalski, who commands nuclear weapons, provided some unsettling commentary on this. After saying a Russian nuclear attack was just “a remote possibility hardly worth discussing,” he added the real threat for America today “is an accident. The greatest risk to my force is doing something stupid.”

Here we’ll take a look at the states in the U.S. that house nuclear weapons, as well as the population size near each site. 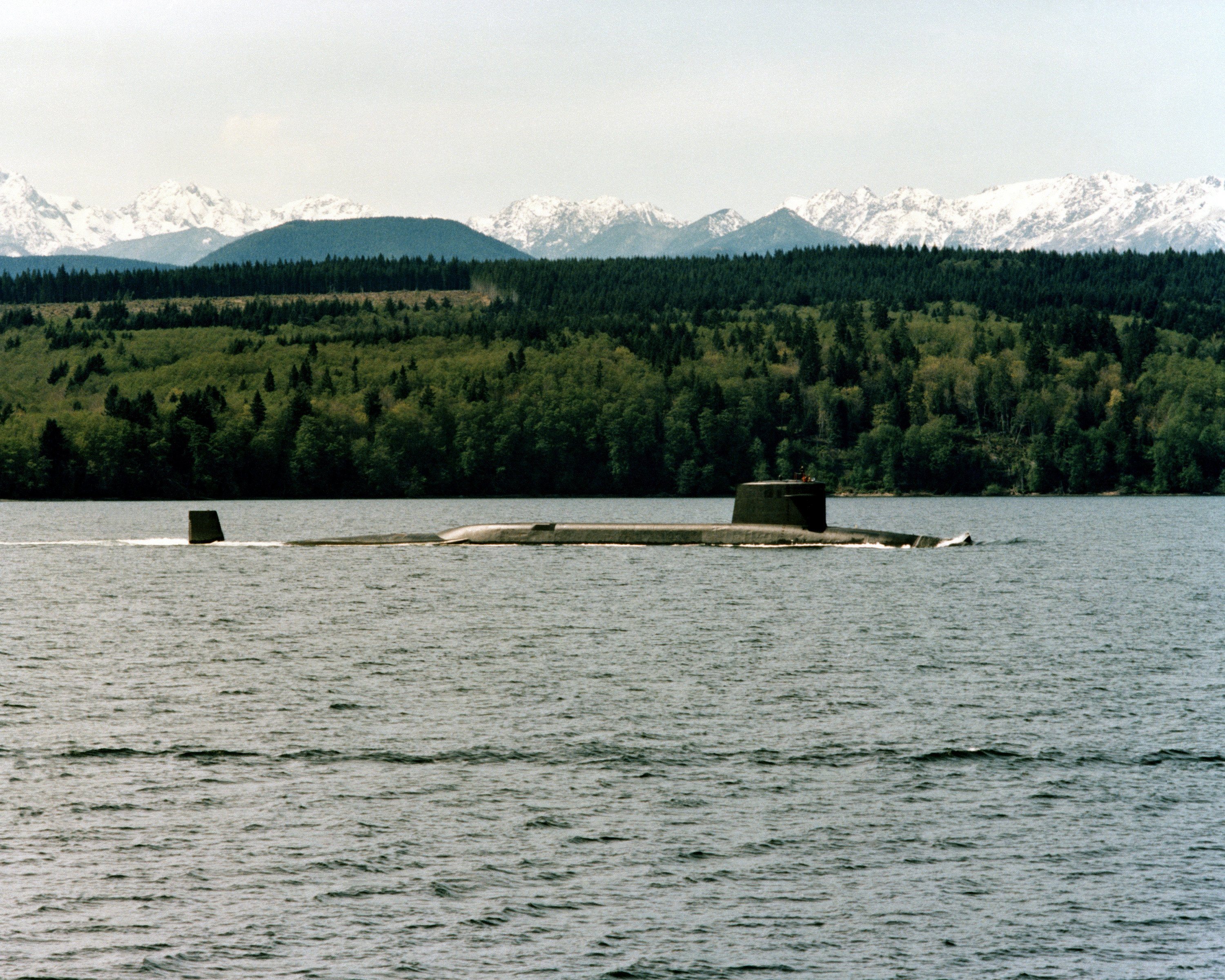 There are more than a thousand nuclear warheads in Washington. | U.S. Navy/Wikimedia Commons

A large chunk of the United States’ nuclear weapons are 18 miles northwest of downtown Seattle. The $294 million underground storage complex is adjacent to the Bangor Submarine Base. More than 1,300 nuclear warheads are thought to be stored there. Together, they pack a combined explosive power equal to more than 14,000 Hiroshima bombs. To bring public attention to the close proximity of this nuclear stockpile, a local peace group placed ads regarding it on 14 Seattle transit buses in 2016.

Next: Nuclear weapons are kept underneath a major U.S. city. 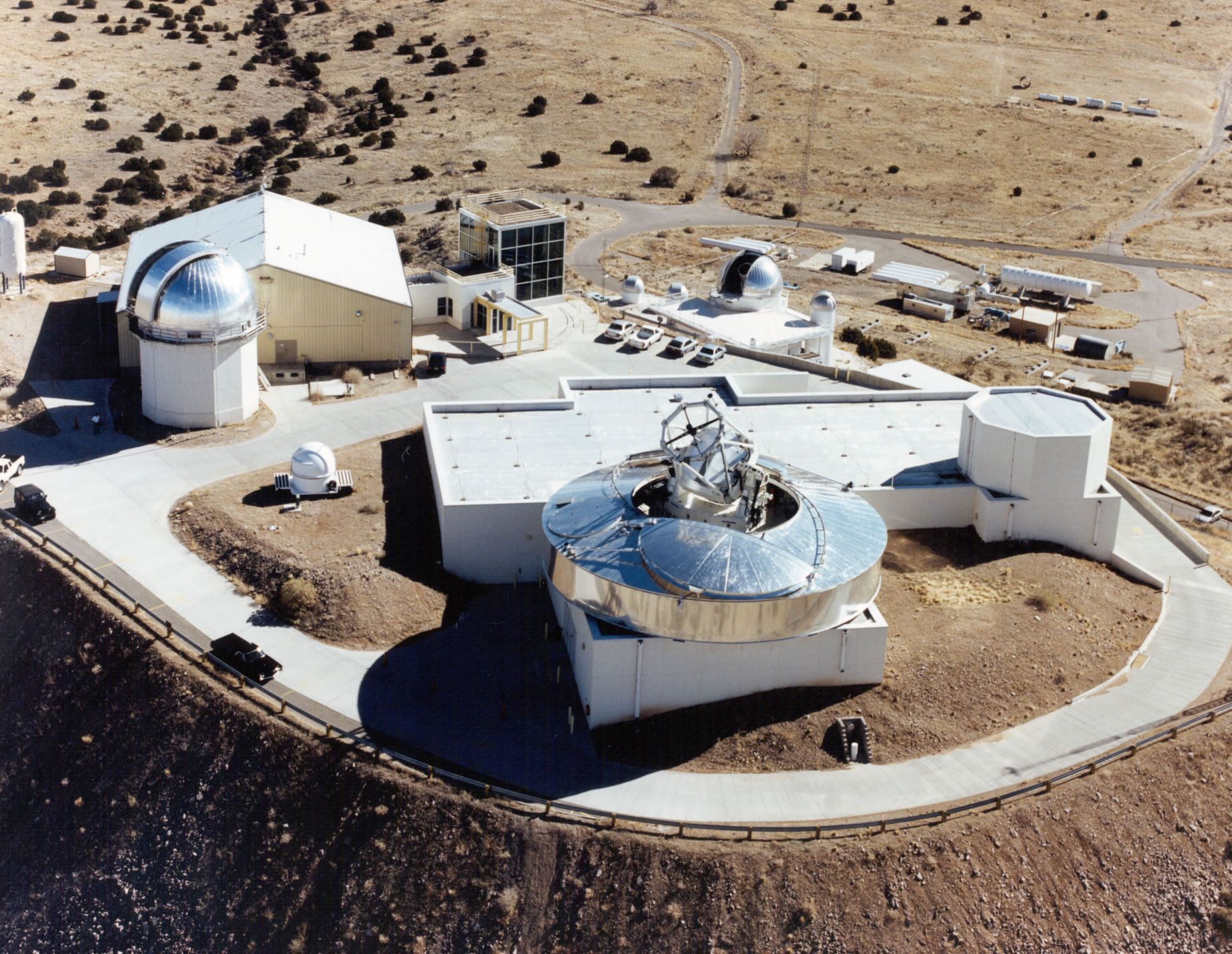 Underneath the city of Albuquerque, New Mexico, is an underground nuclear weapons storage facility with the potential to house 19% of all the nuclear weapons in the world. The center, located at Kirtland Air Force Base, is reportedly the single largest concentration of nuclear weapons anywhere. Some 2,000 nuclear weapons are believed be stored inside, although the official number is classified.

Many of the weapons at the facility are waiting to be disarmed, according to a 2016 report. For this process, they are taken out of the base and transported via Interstate 40 to a plant in Amarillo, Texas, where the disarmament happens.

Next: A nuclear weapons base Mike Pence recently visited 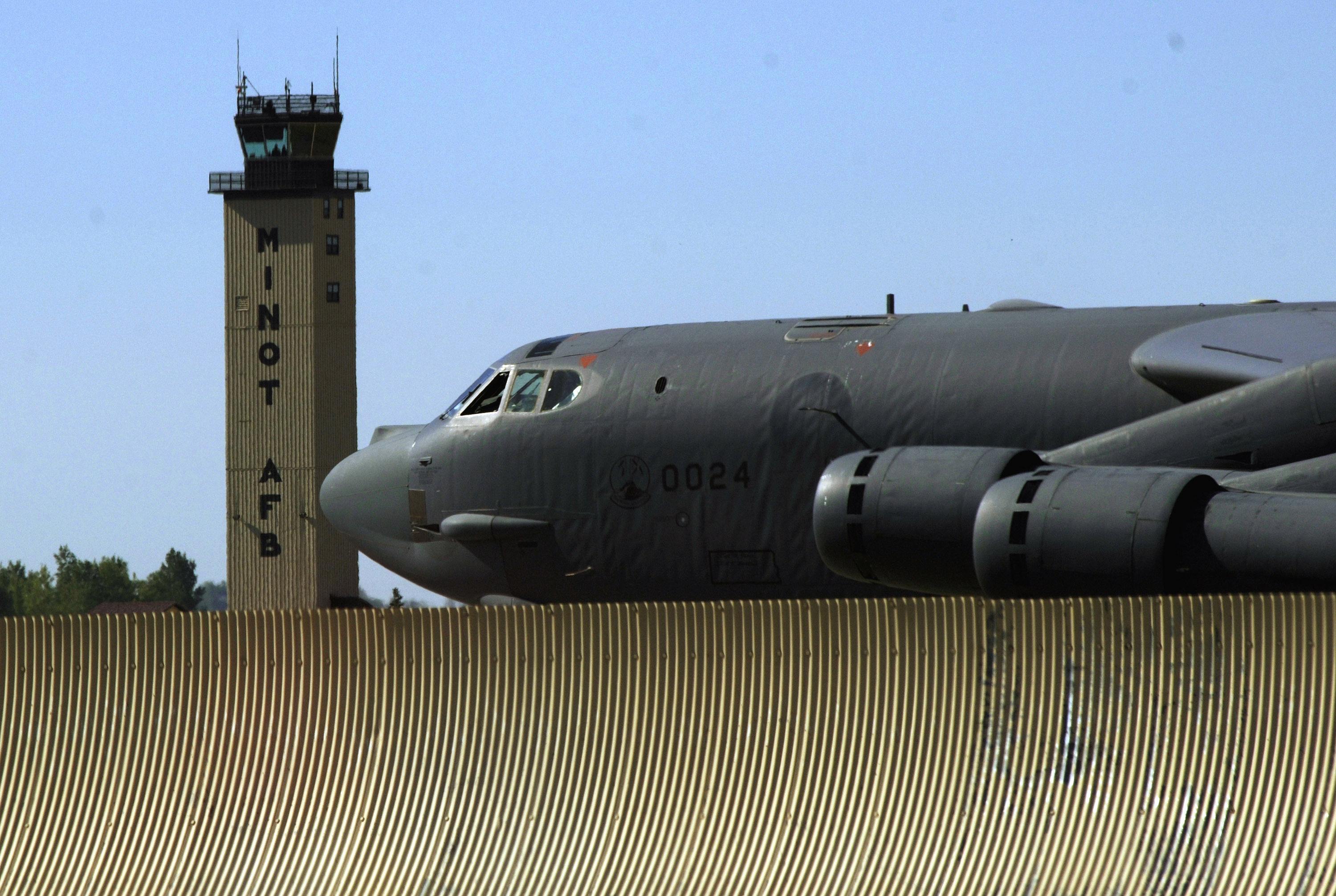 North Dakota plays a big role in the United States’ nuclear weapons arsenal. In fact, nuclear assets in North Dakota have never been more relevant, according to U.S. Rep. Kevin Cramer. Minot Air Force Base (located 13 miles from the city of Minot) has one of the nation’s two B-52 bomber bases. The facility also oversees 150 of the Air Force’s 450 Minuteman 3 nuclear missiles. In October 2017, Vice President Mike Pence visited the nuclear weapons base in a move seen as a reminder to North Korea of U.S. nuclear capabilities.

In one alarming safety-related incident in 2007, a plane containing live nuclear missiles flew from the Minot Air Force Base to Louisiana. The nukes were supposed to have been removed prior to sending the missiles, but somehow personnel never removed them. Retired Air Force General Eugene Habiger said of the mishap, “I have been in the nuclear business since 1966 and am not aware of any incident more disturbing.”

Next: Another state where nuclear silos dot the otherwise peaceful countryside 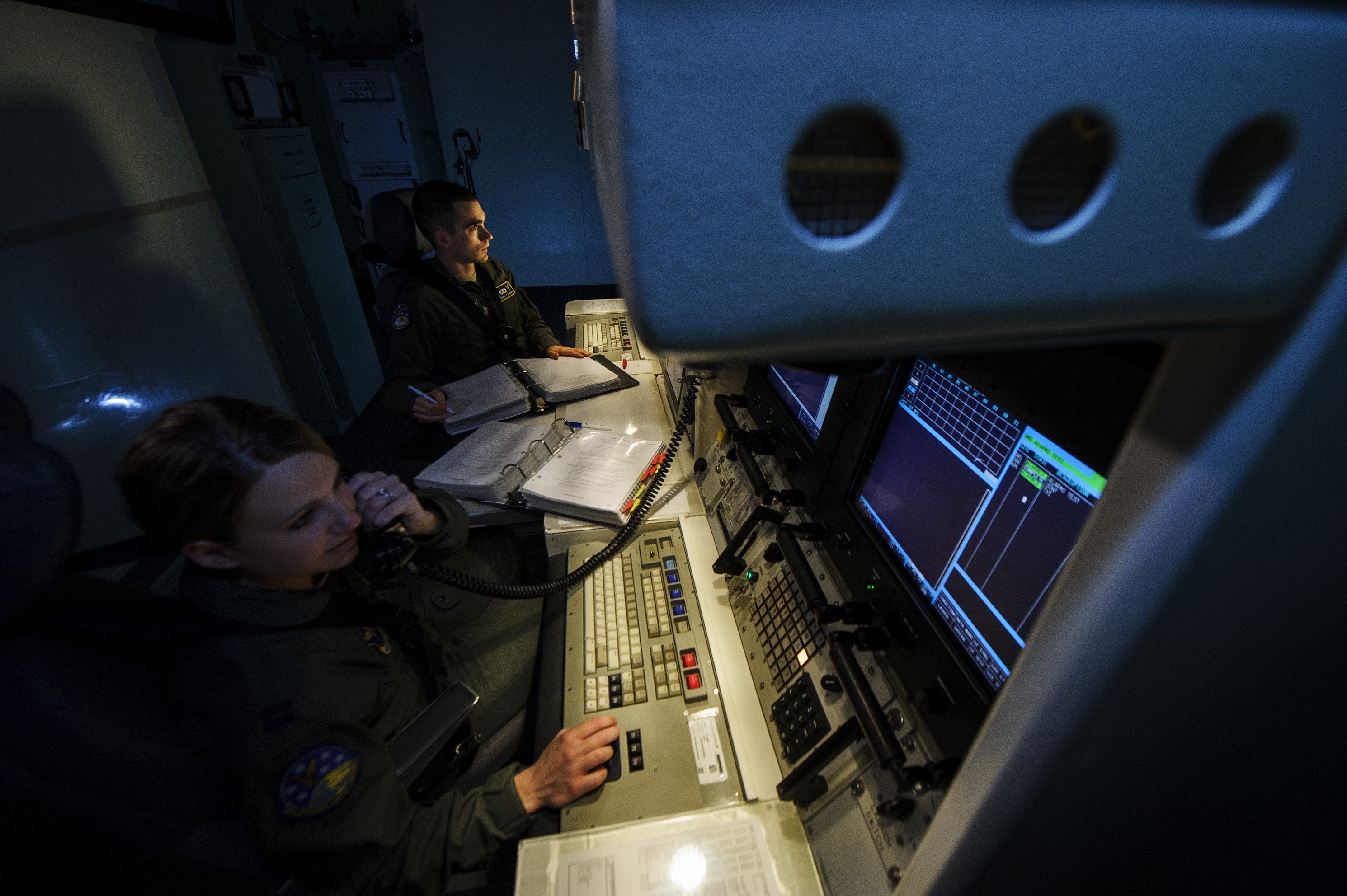 In Great Falls, Montana, sits a small ranch house bearing a hand-etched cedar plank that reads, “Ace in the Hole.” See, the house is simply a façade for a nuclear launch control center which lies underneath it. It’s part of the Malmstrom Air Force Base. In fact, 150 silos housing nuclear weapons dot the surrounding countryside. These giant Minutemen III nuclear missiles are ready to be deployed at a moment’s notice. They’re reportedly 20 times more powerful than the atomic bomb dropped on Hiroshima and can reach any target in the world within 30 minutes. Not much attention is drawn to the silos, which may be because the military base drives the local economy to the tune of $300 million to $350 million annually.

Next: Another state where missiles can be launched within minutes 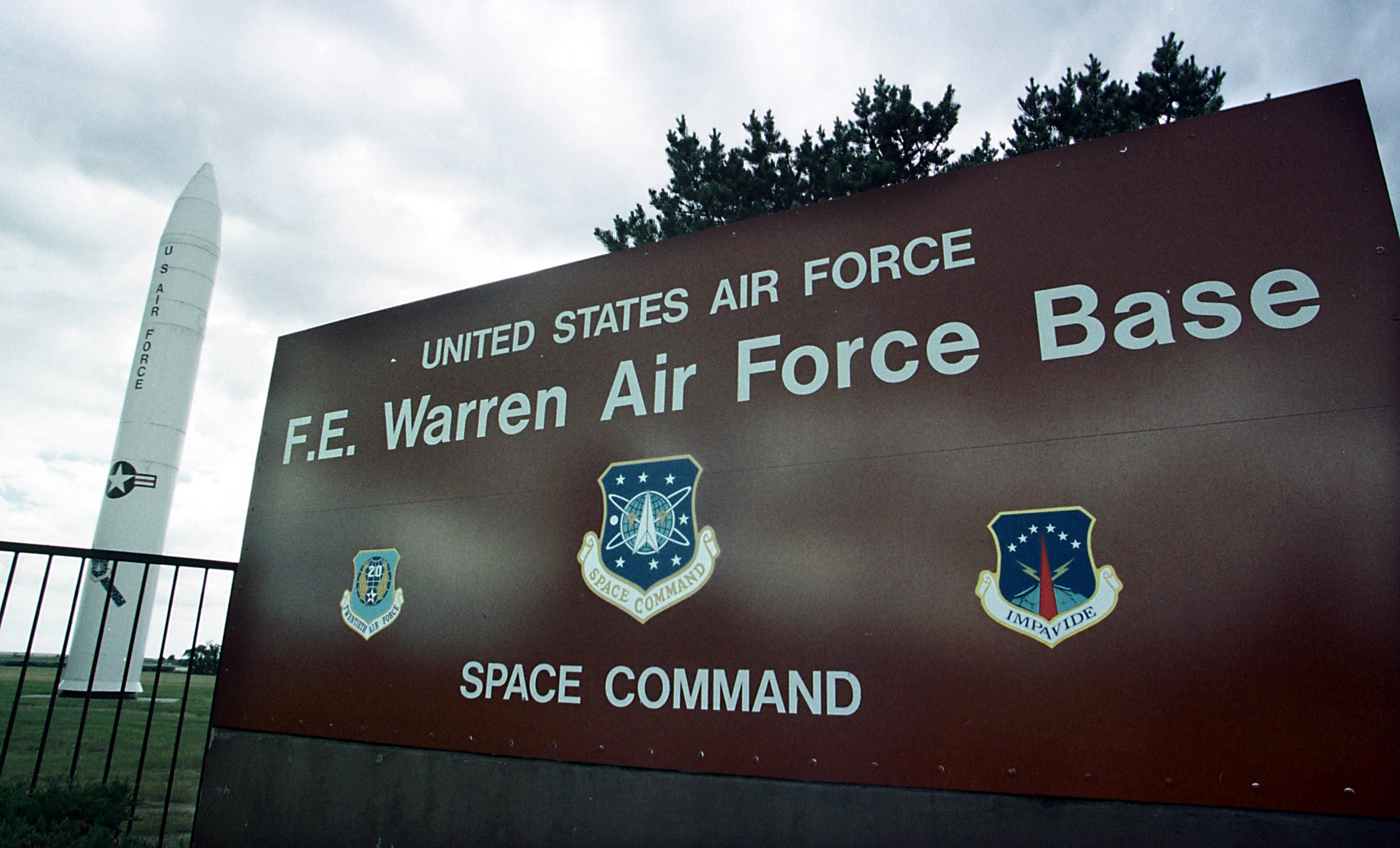 The missile fields surround the base. | Michael Smith/Getty Images

Like in Montana, you’ll also find missiles spread out over a wide area in Wyoming. These missile fields surround Warren Air Force Base in the southeastern part of the state. In fact, on the stretch of Interstate 80 between Cheyenne, Wyoming and Lincoln, Nebraska, you’ll drive past scattered powerful Minutemen III nuclear missiles. Air Force personnel work in shifts taking on responsibility for the nuclear weapons’ security and maintenance. And, if the order comes, they will launch the warheads within a matter of minutes.

Next: A hidden base where nukes can be launched 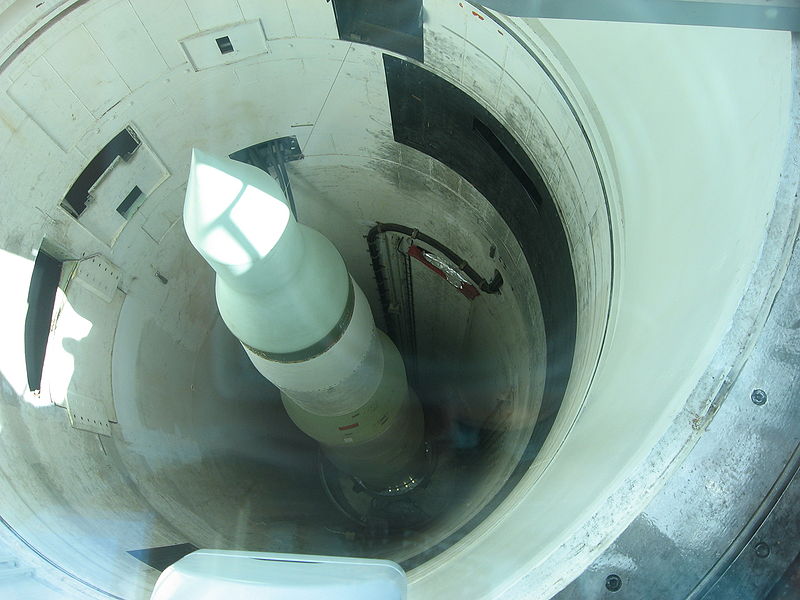 There are missiles all along the I-80. | Spencer/Wikimedia Commons

As mentioned, the stretch of Interstate 80 leading from Cheyenne, Wyoming to Lincoln, Nebraska is dotted with nuclear missiles. A reporter from NPR was invited to tour a remote nuclear base near Dix, Nebraska where Air Force personnel manned shifts to oversee 10 nuclear weapons. These personnel train constantly to be able to launch a missile strike at a moment’s notice. Crew can be on 24-hour alert twice a week. Each missile the military monitors appears as a tiny rectangle on a screen. Crew members spend long shifts reviewing procedures and watching movies to pass the time.

Next: A dangerous “mishap” launched an investigation. 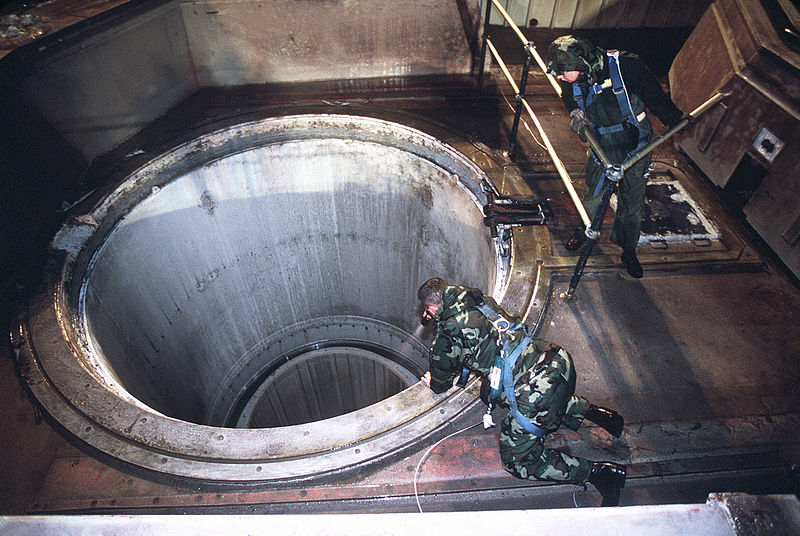 In 2014, there was a ‘mishap’ with one such missile silo. | U.S. Air Force/Wikimedia Commons

As with neighboring states Nebraska and Wyoming, Colorado is home to a number of the total 150 nuclear missiles spread out across these three states. In one scary 2014 incident, a “mishap” occurred involving one such missile silo near Peetz, Colorado, about 150 miles northeast of Denver. Three airmen troubleshooting a nuclear missile accidentally damaged the weapon. After a year, the Air Force told Associated Press the full investigation report was classified. The damaged missile was deemed “non-operational” and was removed from its underground silo among wheat fields. Afterward, the Air Force said the “mishap crew” chief “did not correctly adhere to technical guidance,” which damaged the missile. There also are a half-dozen abandoned Titan silos closer to Denver.

Next: A base that houses the “father of all bombs” 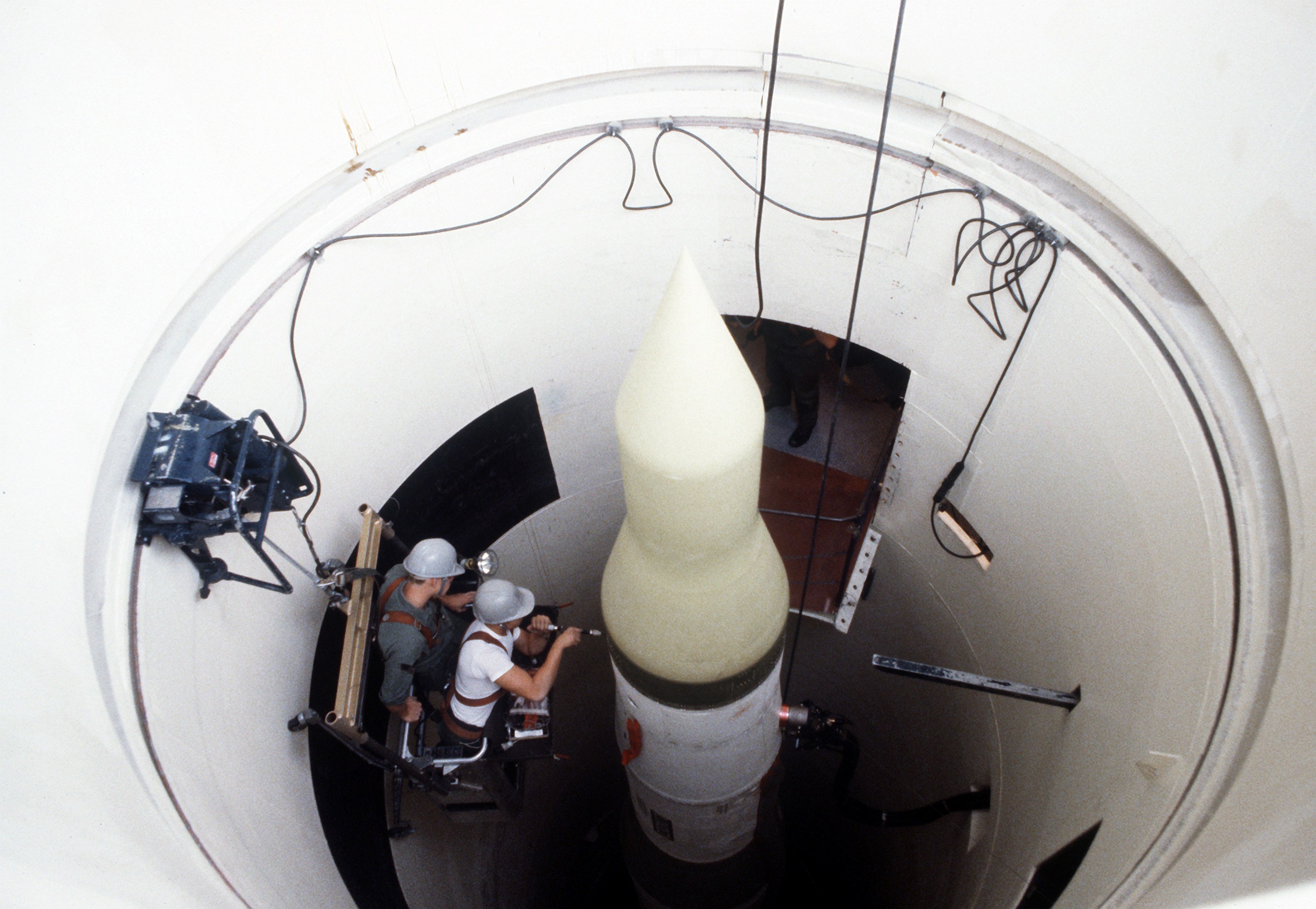 The U.S. can launch nuclear weapons to any part of the globe. | U.S. Air Force/Wikimedia Commons

Missouri has been said have the seventh most nuclear weapons out of any state. About 55 miles from Kansas City is the Whiteman Air Force Base, one of three U.S. bomber bases with nuclear capability. It is also the only permanent base for the B-2 Spirit stealth bomber. From there, nuclear weapons can be launched directly to any part of the globe. In 2017, The Kansas City Star called the B-2 the “father of all bombs,” describing it as a “30,000-pound satellite-guided bomb.”

Next: A state houses submarines armed with nuclear missiles. 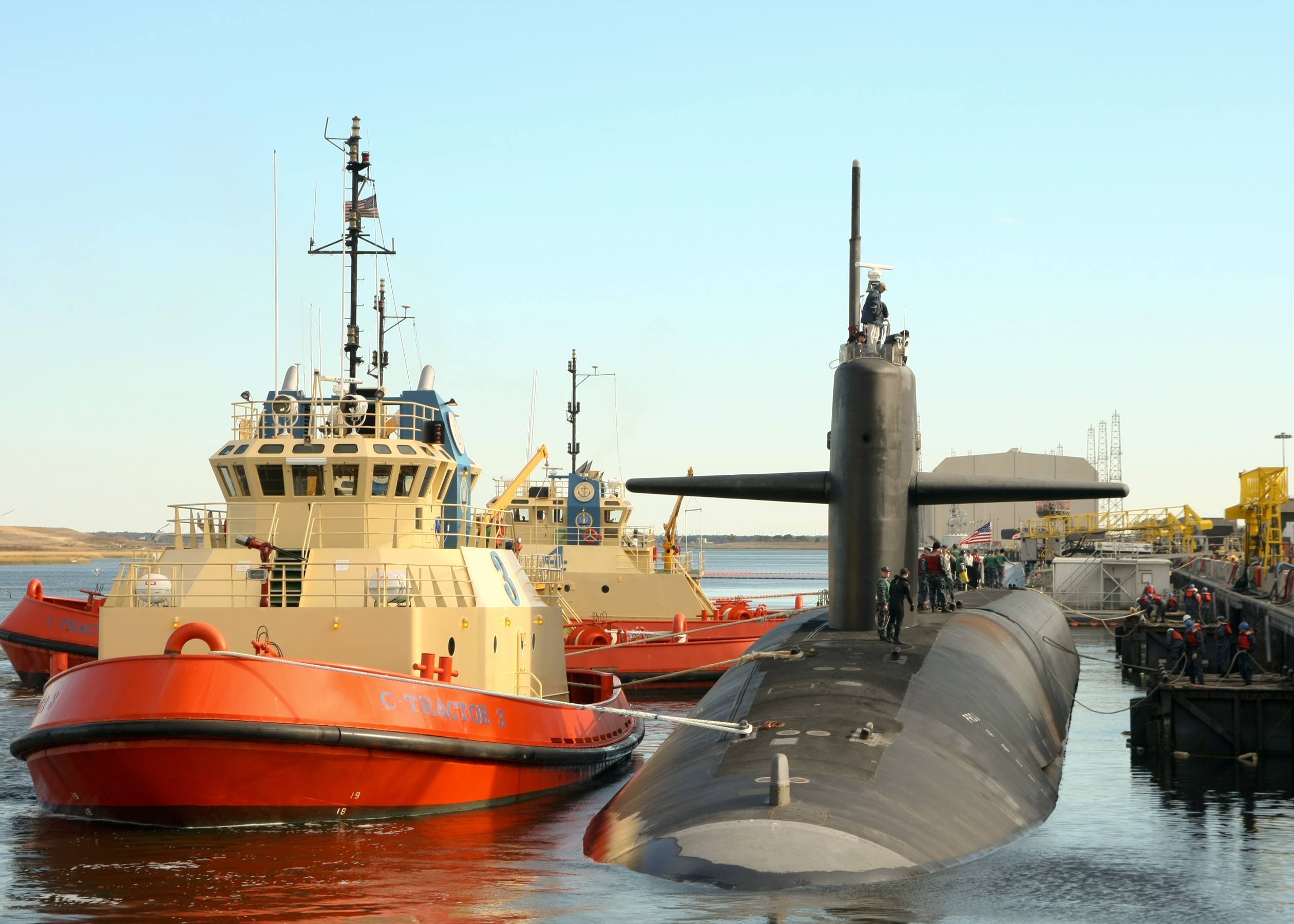 In addition to the U.S., there are four other countries with armed submarines. | U.S. Navy photo by Mass Communication Specialist 1st Class James Kimber/Wikimedia Commons

Georgia’s Kings Bay Naval Submarine Base, located 38 miles from Jacksonville, Florida, houses six nuclear-powered ballistic missile submarines. It appears to have a dirt-covered warhead storage facility rather than an underground complex. While more than three dozen navies worldwide have submarines, only six nations arm them with ballistic missiles: the U.S., Russia, China, France, the United Kingdom, and India.