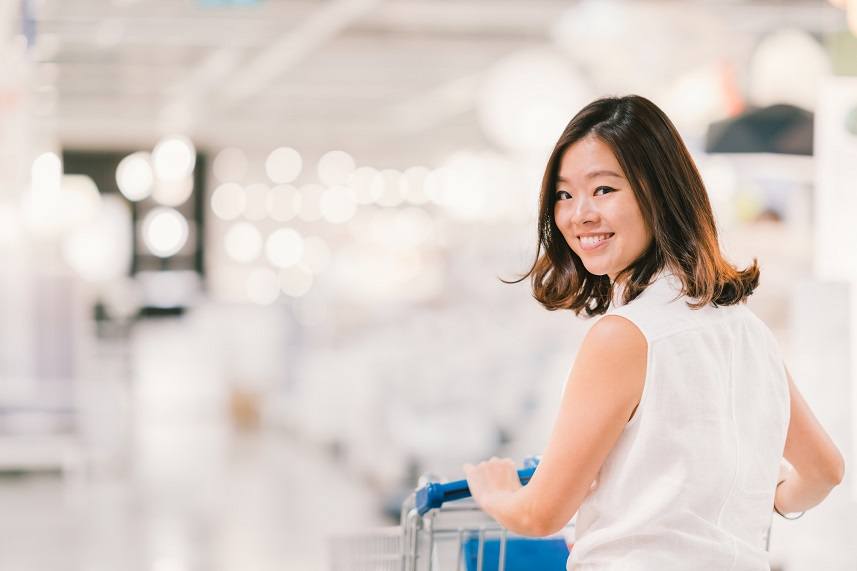 At the grocery store, you have all kinds of priorities to weigh. You want to eat healthy. And you want to save money. But you also want foods that taste great. It seems tough to achieve all of those things with the same cart of groceries. But what if we said you can easily save money — and get foods that taste great — by opting for generic food instead of the name brand? According to Consumer Reports, you can save an average of 25% by opting for generic food items instead of name brand. And those savings won’t come at the expense of taste. 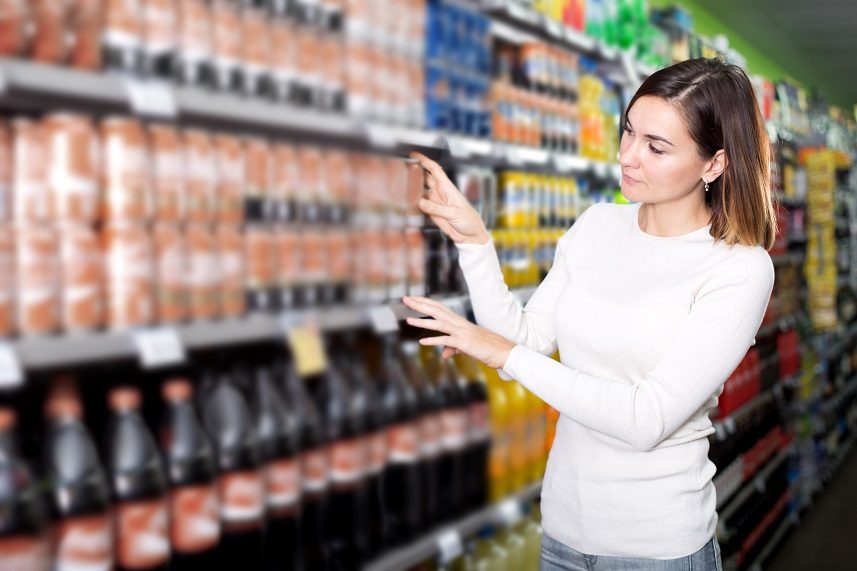 A shopper searches for beverages. | iStock.com/JackF

Think you won’t like any store-brand soda better than your usual Coca-Cola? You might be wrong. According to Thrillist, participants recruited for a blind taste test liked Whole Foods’ 365 Everyday Value cola better than Coke. The only sodas that placed ahead of the Whole Foods brand in Thrillist’s test? Mexican Coke, the Walgreens brand cola, and, most surprisingly for Coca-Cola fans, plain old Pepsi. 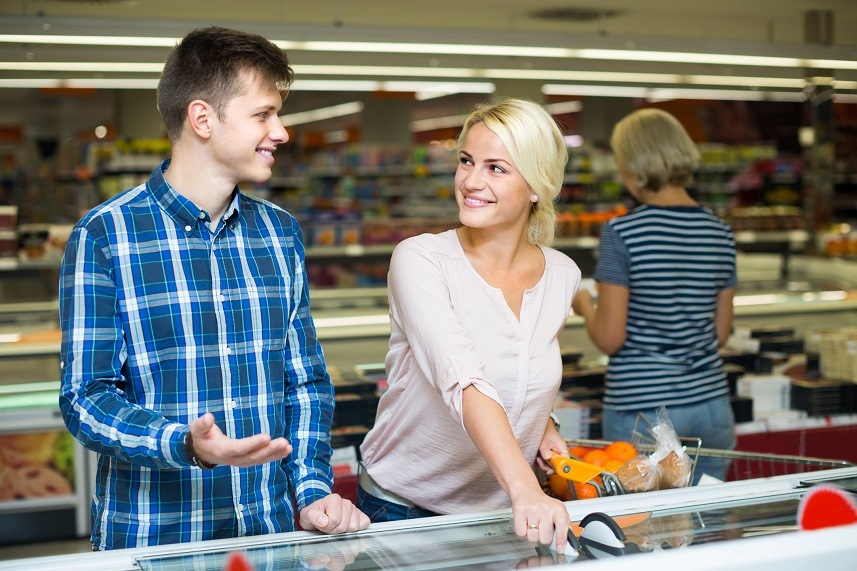 A couple look at frozen food in grocery store. | iStock.com/JackF

Frozen vegetables are frozen vegetables, right? Wrong. Consumer Reports compared Birds Eye frozen veggies with store-brand offerings from Trader Joe’s and Target. The result? “Birds Eye vegetables (carrots, peas, corn, and green beans) are crisp, with fresh notes. But “Trader Joe’s are even crisper and fresher, as if they’ve been quickly blanched in hot water. And they’re about 10 cents less per serving.” 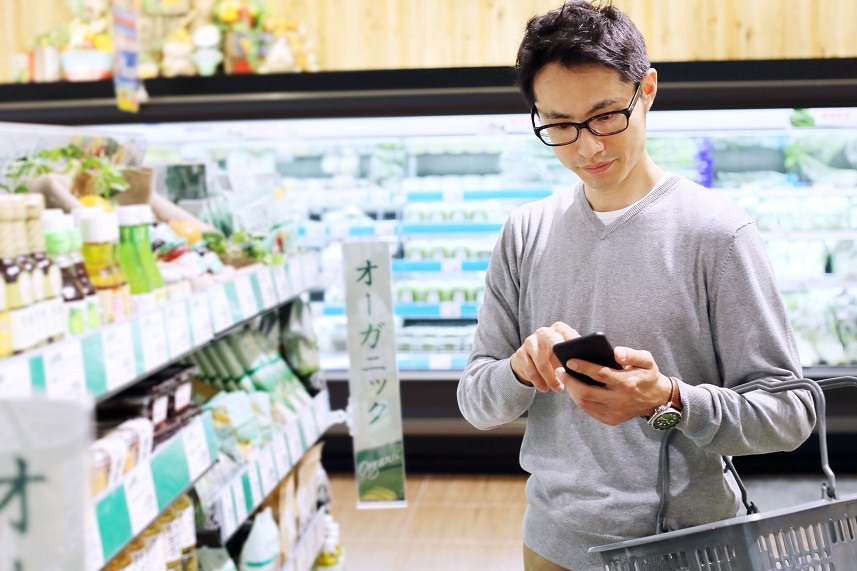 A man calculates how much he’ll save by buying generic food items. | iStock.com/Koji_Ishii

Another winner from Trader Joe’s? The chain’s store-brand whole cashews. Consumer Reports notes that “with nuts, freshness is key.” And that’s where the name brand, Emerald, loses out. In fact, Consumer Reports explains that “Emerald fared worse than store brands because some of its cashews tasted slightly stale.”

When you compare store brands from chains, such as Trader Joe’s, Wal-Mart, Costco, and Kmart, the roast level varies slightly. But according to Consumer Reports, the variance is “not enough to matter. Let price be your guide.” Trader Joe’s cashews have the least sodium out of the bunch, at just 60 milligrams per serving, which helps them beat out other store brands for health-savvy shoppers. 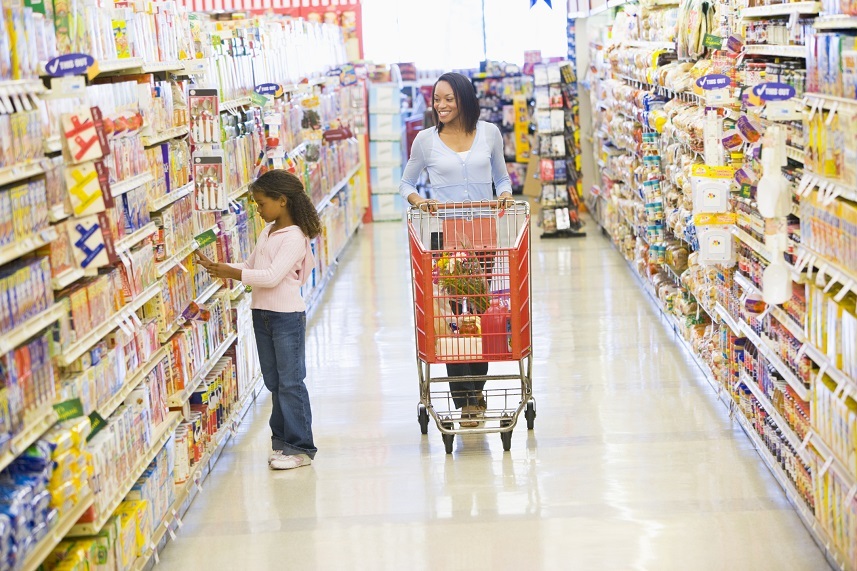 A mother and daughter shop for groceries. | iStock.com/monkeybusinessimages

Can’t do without maple syrup for your pancakes or waffles? There’s no reason to break the bank for an expensive, name-brand bottle. Consumer Reports found Target’s Archer Farms maple syrup is just as good as a bottle of Maple Grove Farms syrup. When compared to other options on grocery store shelves, both options are “slightly thicker than others and have bigger, bolder, more complex flavors — caramel, vanilla, and roasted notes, with a hint of coffee.” And the Archer Farms bottle tastes just as good as the more expensive Maple Grove syrup. As Consumer Reports advises, “Pure maple syrup is expensive regardless of brand, so let price be your guide.” 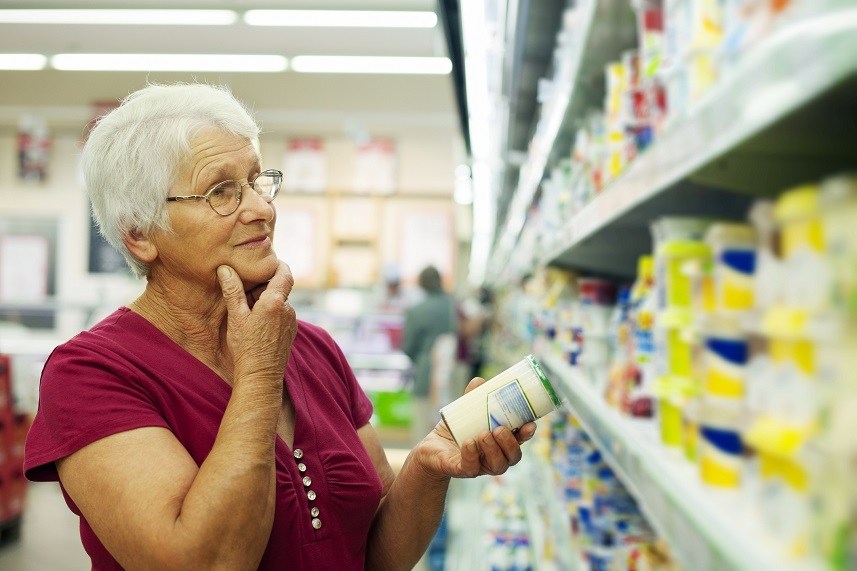 Another essential you can safely buy from your favorite store brand? Mayonnaise. According to Consumer Reports, many shoppers buy Hellmann’s because it’s “well blended, creamy, slightly sweet and salty, and eggy, with a hint of vinegar.” But the better store-brand options — including those from Whole Foods, Wal-Mart, Costco, and Target — are cheaper than Hellmann’s by at least 25%. Consumer Reports promises, “you’d be hard- pressed to taste a difference in a sandwich.” 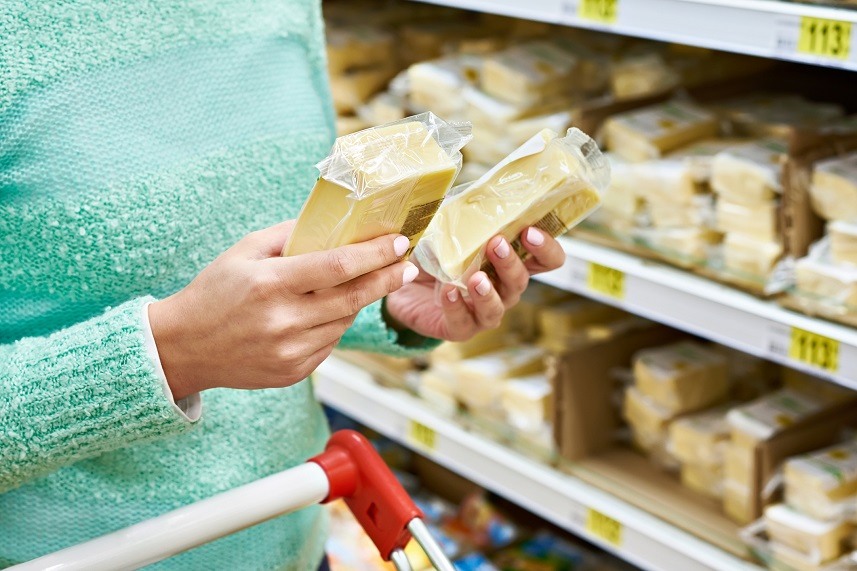 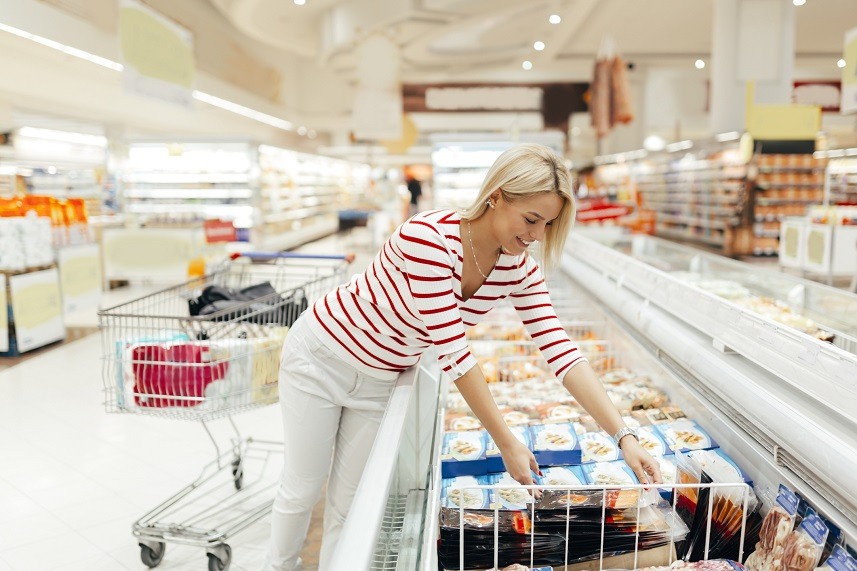 Frozen shrimp gets pretty pricey. But when you buy it, Consumer Reports recommends heading to Costco instead of relying on name brands, such as Tastee Choice. In fact, the publication’s testers determined Costco’s Kirkland brand of shrimp tastes significantly better than the Tastee shrimp. They have a firmer, chewier texture and don’t taste waterlogged. Store brands from Whole Foods and Trader Joe’s also taste good. But according to Consumer Reports, “Costco offers the best mix of price and quality.” 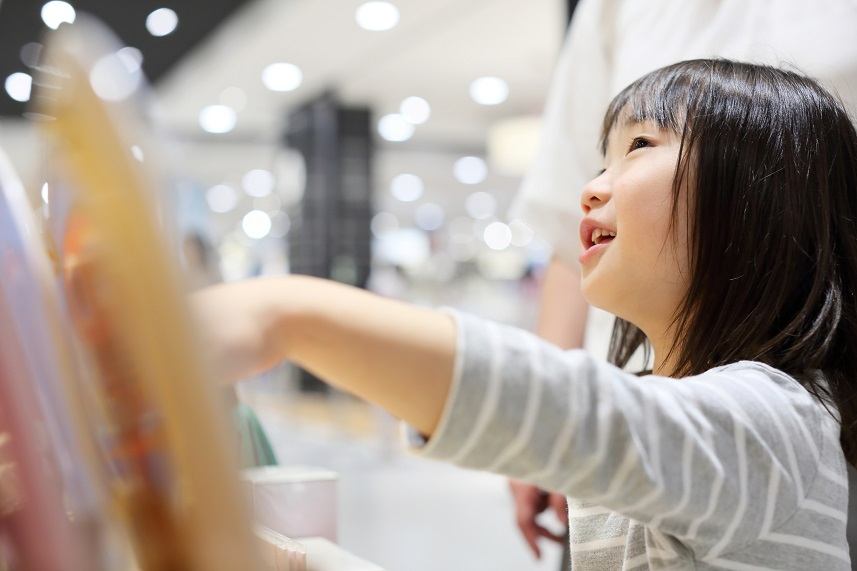 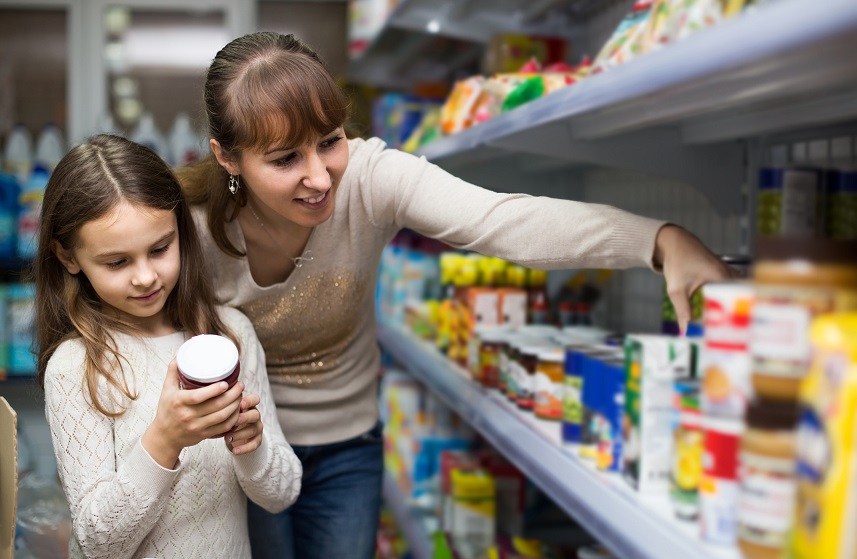 A mother chooses canned goods with her daughter. | iStock.com/JackF

In blind tests, Consumer Reports testers favored Giant Eagle’s chicken broth over Swanson’s. In fact, they found Giant Eagle’s broth tastes simple, mild, and like roasted chicken. Swanson’s broth, on the other hand, tastes “highly processed, has hints of dehydrated spice and off-tastes, and varied a bit from one sample to another.” When you’re using broth as the base of other dishes, a consistent flavor is key. 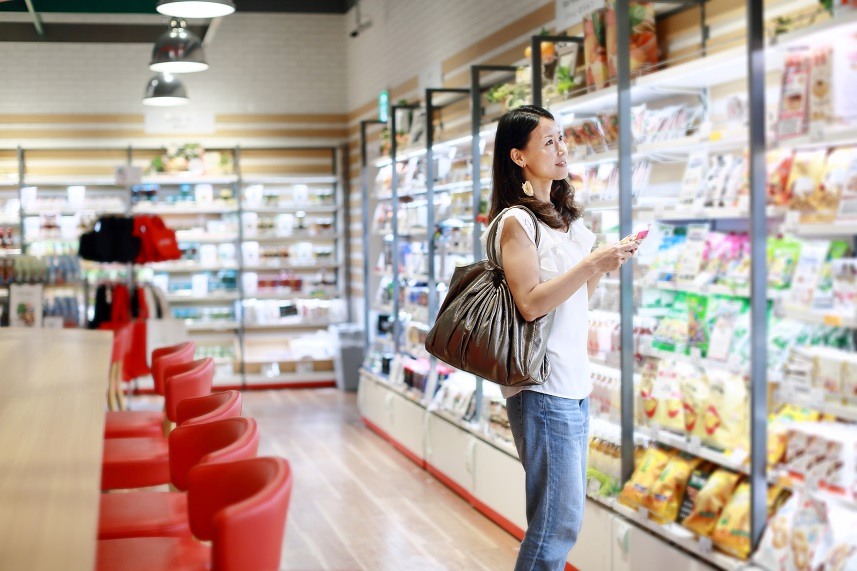 A woman does her grocery shopping. | iStock.com/Koji_Ishii 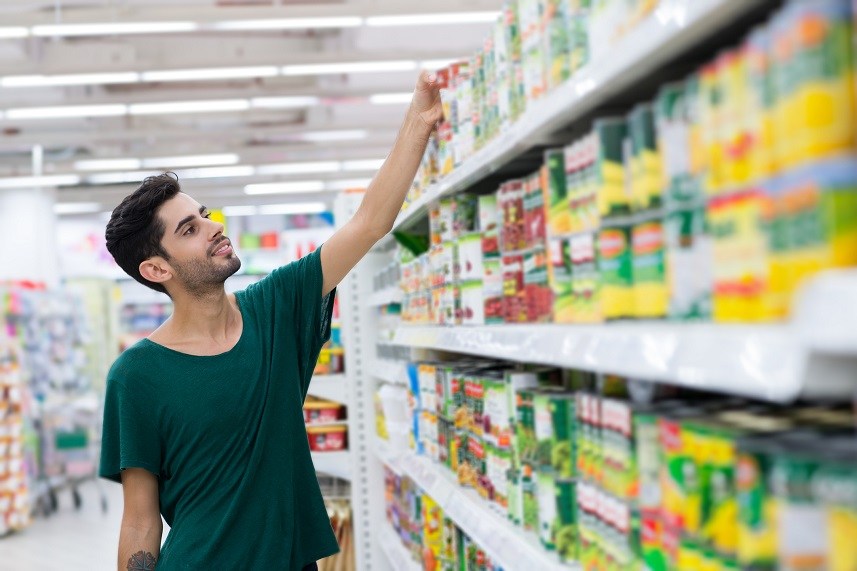 This man should try the Whole Foods’ brand if he’s looking for vegetable soup. | iStock.com/DragonImages

AOL compared Muir Glen’s organic garden vegetable soup to the Whole Foods store-brand version, the 365 organic vegetable soup. Testers found the two soups were “virtually the same.” AOL explains, “The carrots in the Muir Glen were slightly bigger, but they both had the same generous amounts of green beans, peas, carrots, celery and potato. Neither had that fluorescent orange oil spill on top.” 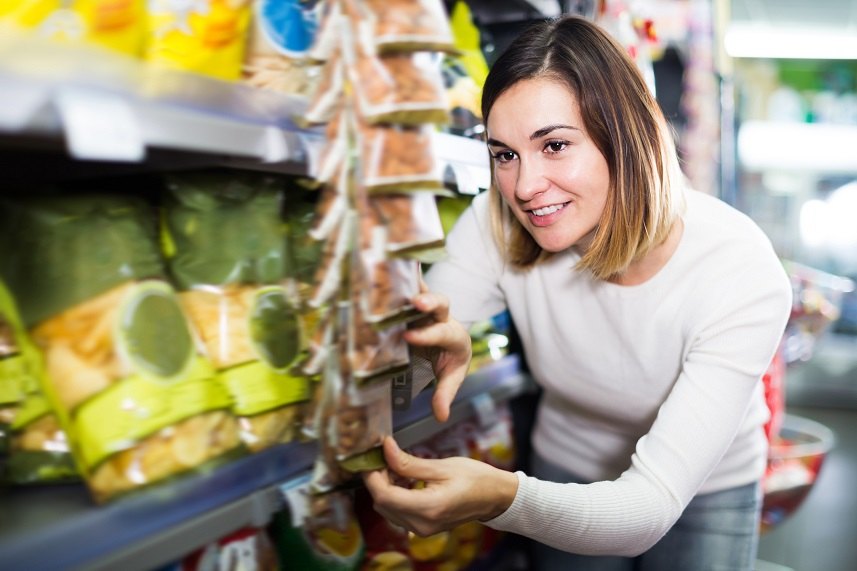 There’s a cheaper way to turn your fingers orange when you snack. | iStock.com/JackF

Everybody loves Cheetos (except for the person who’s footing the grocery bill). But AOL testers determined Kroger’s store-brand version of this snack actually tastes better than name-brand Cheetos. In fact, Kroger’s crunchy cheese curls taste “cheesier and more satisfying” than Cheetos. AOL reports, “The Kroger brand is actually better. It feels more dense. They still turn your fingers orange. It’s everything I want in a cheese curl.” 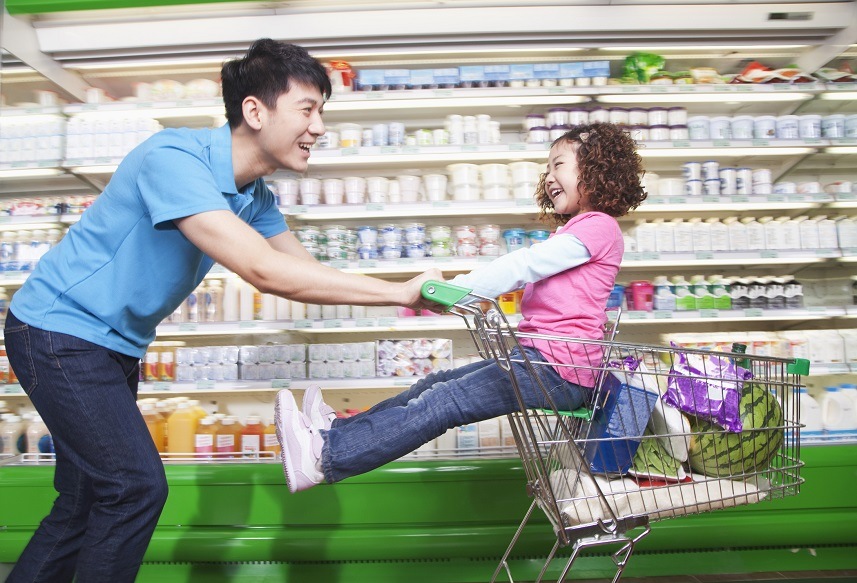 This dad should consider generic orange juice for his daughter. | iStock.com/XiXinXing 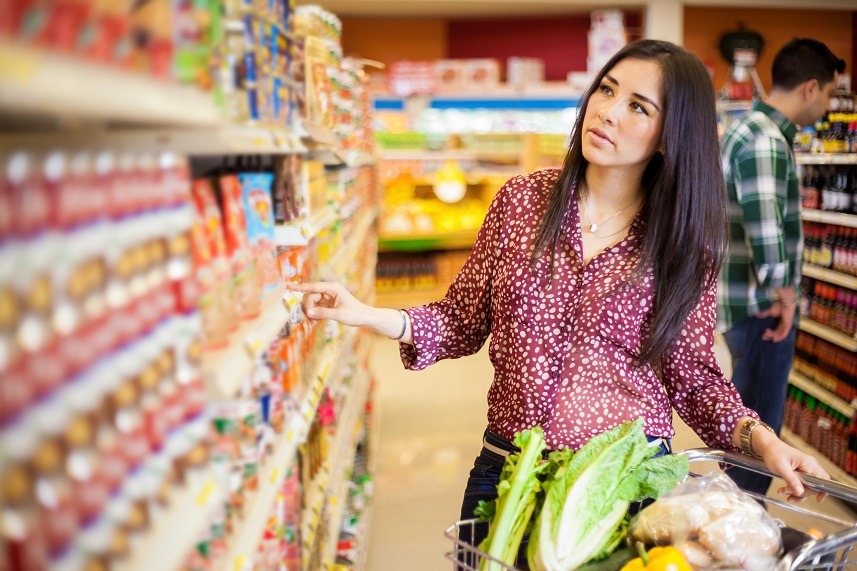 Head to Target for a satisfying generic fiber bar. | iStock.com/Antonio_Diaz

Many people turn to Fiber One bars (and similar products) when they need a snack or don’t have time to prepare an entire meal. The sweet, nutty taste and chewy texture don’t hurt, either. According to AOL, Target’s Market Pantry brand of fiber bars are just as good as the name brand. They pack a “powerful nutty punch.” And though they taste a little bit different from the Fiber One bars, AOL notes that has more to do with the balance of rice versus oats than any of the other flavors in these tasty bars. 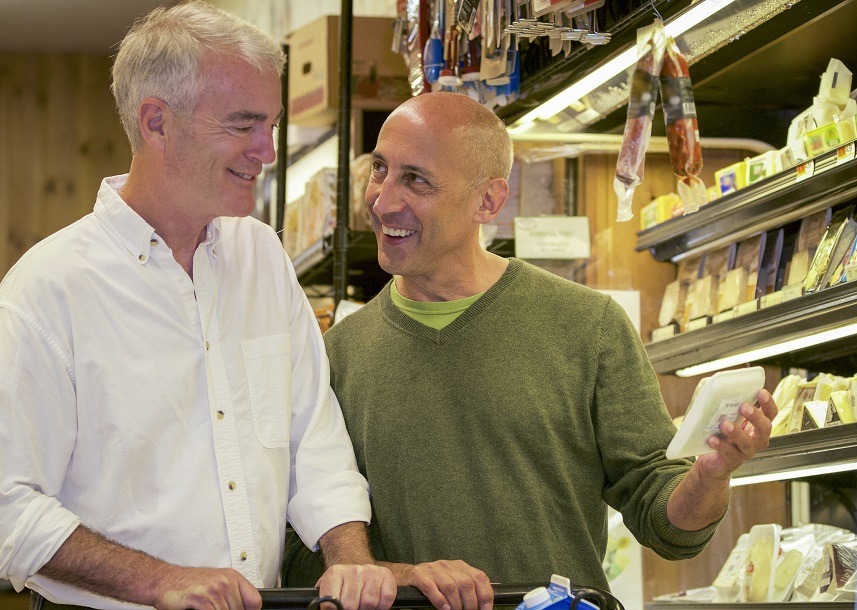 Bacon sounds like the kind of grocery item you should splurge on. But according to a taste test organized by the Krazy Coupon Lady, Wal-Mart’s Great Value store-brand bacon tastes just as good as the Oscar Mayer product. “The national brand we tested was simply not a cut above the store brand. Our tasters were split 50-50 in trying to determine which bacon was the superior product.” 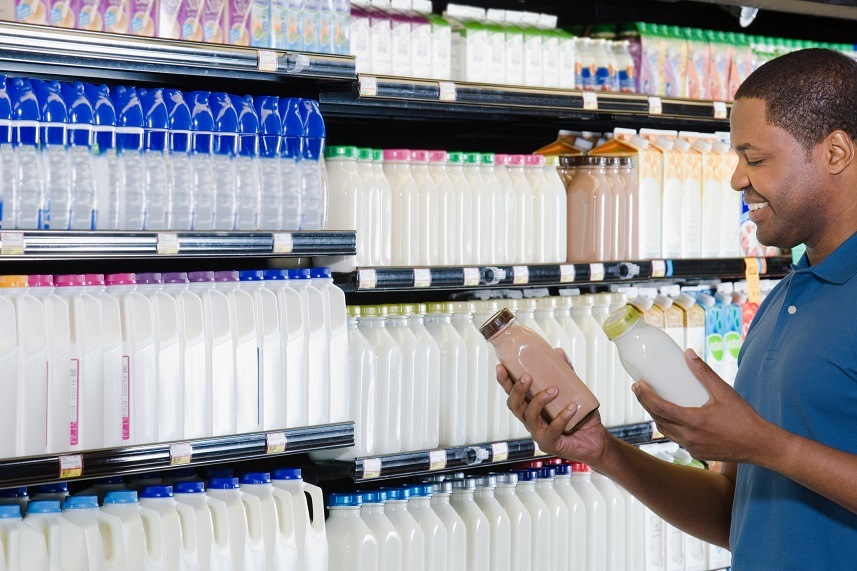 Wal-Mart milk is just as good as name brand. | iStock.com/XiXinXing

Another product you shouldn’t be afraid to buy from Wal-Mart’s store brand? Milk. Testers enlisted by the Krazy Coupon Lady couldn’t tell a difference between the store brand milk and the Darigold milk. Plus, the blog points out the two half gallons were actually processed at the same dairy. (You can tell by looking for the “plant code” stamped on each container.) Why pay extra for the name brand when you can get the same exact milk for a whole lot less? 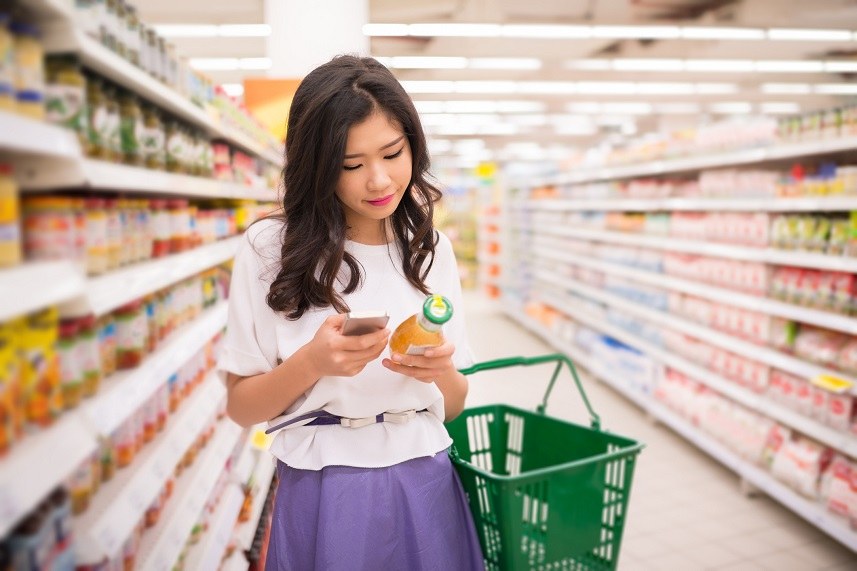 Some generic condiments will fool you into thinking you’re eating a name brand. | iStock.com/DragonImages

If you do your grocery shopping at Target, not Wal-Mart, keep this in mind the next time you run out of ketchup. The Krazy Coupon Lady reports even Consumer Reports staffers who regularly purchased Heinz ketchup preferred the store-brand version. And testers recruited by the blog were fooled by Target’s Market Pantry brand of ketchup. “The most noticeable difference was in color — Heinz is a deeper red. We were all shocked at how similar the two ketchups tasted!” 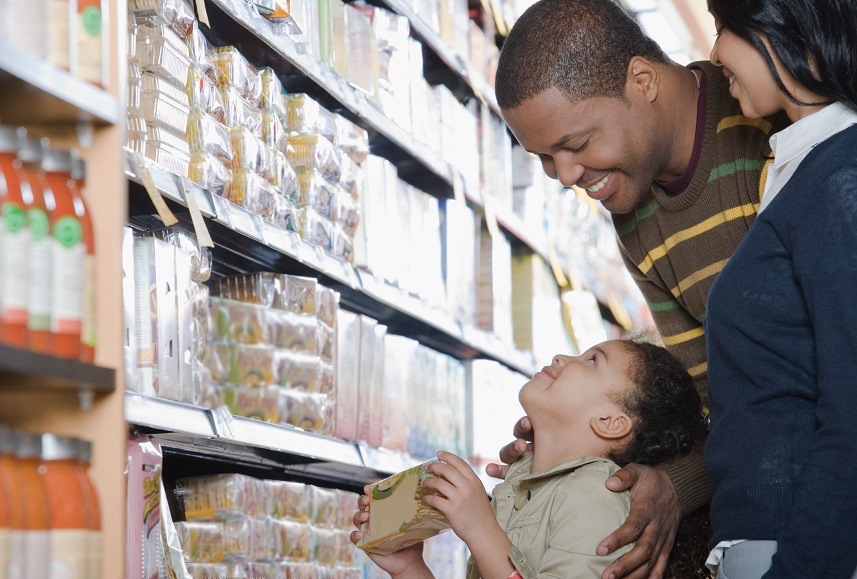 Get this boy some Target graham crackers. | iStock.com/XiXinXing

Another winner from Target’s in-house brand? Honey graham crackers. Whether you’re making s’mores or preparing a cheesecake, there’s no reason to shell out for name-brand graham crackers. As the Krazy Coupon Lady explains, “I thought for sure I would be able to tell the difference between Honey Maid and Market Pantry, but I totally failed, and so did 70% of our taste testers who actually preferred Market Pantry’s version.” 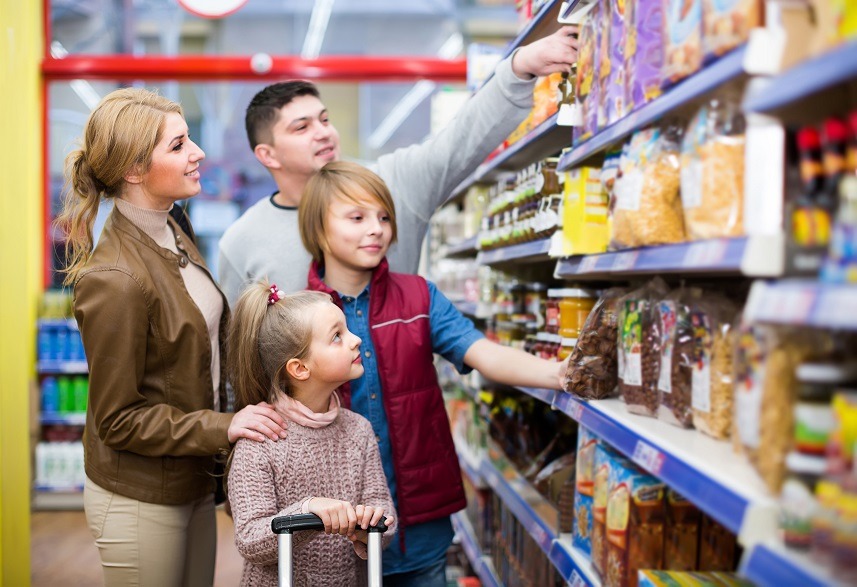 Everyone loves Cocoa Puffs. So why mess with a good thing? You should if you want to save a significant amount of money, without even tasting the difference. Thrillist checked out Kroger’s version of different (delicious) cereals. You might not think a store-brand cereal could accurately reproduce the chocolate flavor of Cocoa Puffs. But Kroger’s cocoa puffed cereal uses real cocoa. And you can absolutely taste it. The verdict? “You’re cuckoo if you buy Cocoa Puffs: the generic tastes exactly the same.”

Bonus: Which other items should you buy generic? 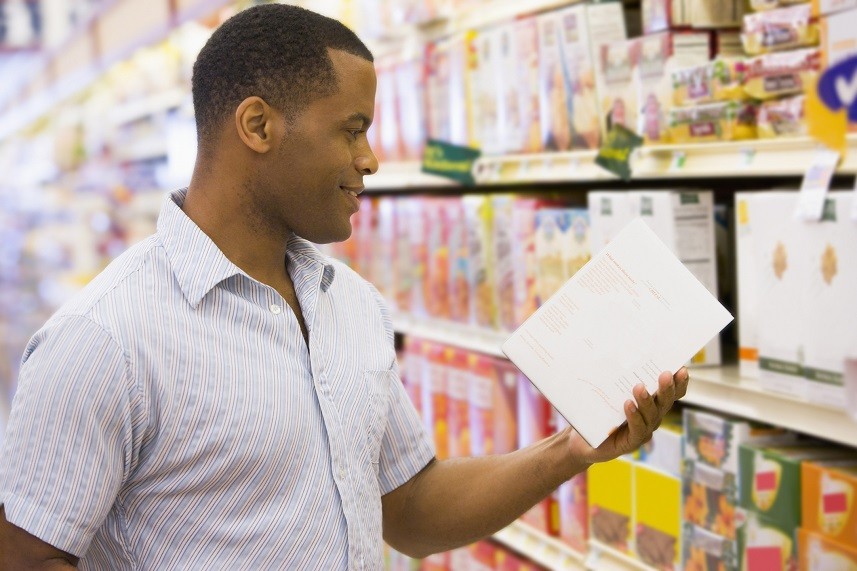 Want to know which other grocery items you should buy from the store brand instead of the nationally recognized brand? As NPR reports, researchers surveyed chefs to find out which foods they buy generic and with which ones they stick to name brands. The results got pretty interesting. Chefs buy generic baking mixes, tea, baking soda, powdered sugar, brown sugar, soup, granulated sugar, spreads and dips, dried fruit, pickles and olives, jams and jellies, and condiments and sauces. But they stick to name brands for items including ice cream, dried veggies and grains, cereal, yogurt, and juice drinks.