Gyro Recipes You Can Make at Home

Chances are, you’ve chosen your favorite Mediterranean restaurant based on how finger-licking good its gyros are. The meat is shaved from a rotisserie, the pita it’s wrapped in is warm and perfectly chewy, and the sauce is unbeatable. But who says you can’t get restaurant-quality food in your own kitchen? Sure, you might have to try it a time or two to get it just right, but effort is worth it. With a little practice, you can have Greek food that’s worthy of Zeus for any weeknight dinner.

If you’ve always preferred chicken to lamb, you can still have your Greek food. This chicken gyro recipe is simple to make, but goes the extra step of creating your own marinade for the chicken. Reviewers on Allrecipes say marinating the chicken longer (4 hours or so) and grilling instead of broiling the chicken also yielded delicious results. The best part is it comes with directions for a homemade tzatziki sauce — the creamy one with dill and cucumber that makes every gyro even better.

Head to Allrecipes for the full recipe. 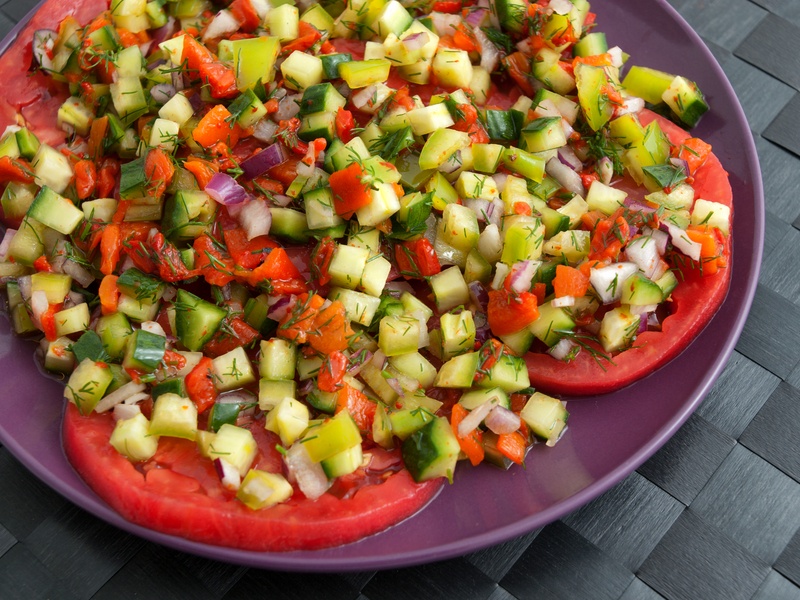 This recipe has similar ingredients to the first one, but alters them for a bit of creativity. For starters, this recipe from Epicurious uses already-cooked chicken — giving you the power to use leftovers deliciously. It also gives you the power to pick up a rotisserie chicken from your local supermarket.

You’ll dice up some cucumbers and other veggies for the salsa, ensuring the smaller chunks of flavor are in every bite instead of sliding out of your pita halfway through dinner. (A note: This recipe calls for Kirby cucumbers, which are the smaller, bumpy-skinned ones that are typically used for pickling. You could also use an English cucumber if you’d like.) Finally, a flavored infusion of olive oil, rosemary, oregano, and garlic gets tossed with the chicken and is brushed on top of the naan, ensuring full flavor. Top with the homemade tzatziki, and you’ve got a sophisticated gyro with half the effort. 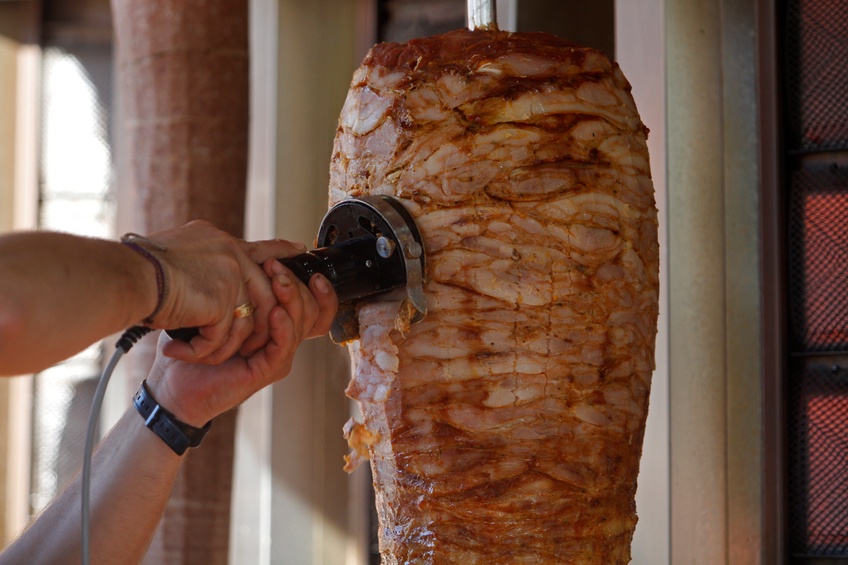 Try this gyro the traditional way — with lamb | iStock.com/Clara-Mrg

For those of you who scoff at the idea of a gyro with poultry inside, scoff no more. Alton Brown, of Food Network fame, provides us with the details on how to make our own gyros with lamb. If you’re one of those people who actually owns a rotisserie spit for your grill, there’s never been a better time to pull it out. Brown also provides a method for baking the meat in the oven, but some critics have said it doesn’t yield the intended results. For this one, you want the spit method. 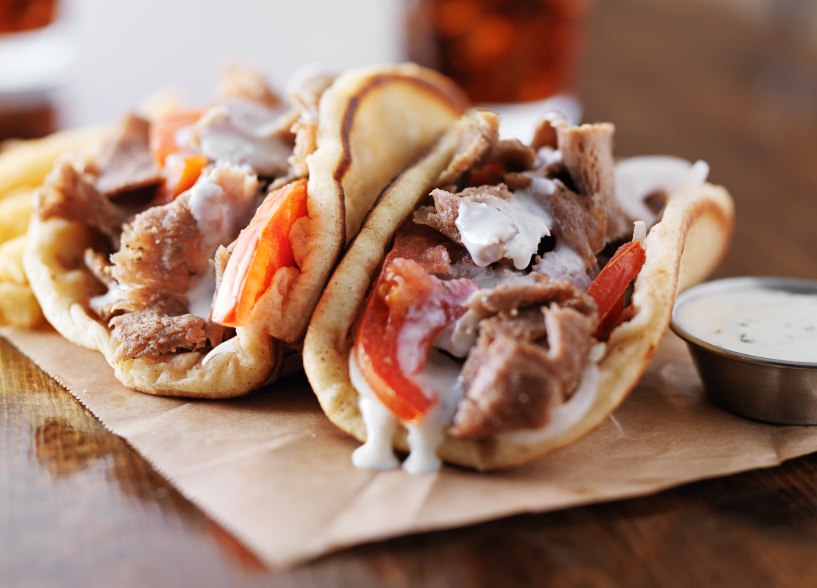 Try making these gyros in your oven at home | iStock.com

If you think about it, the Greek-American gyros you’ve probably been eating all your life include a shaved meatloaf instead of seasoned whole lamb straight from a spit. J. Kenji López-Alt, the author of The Food Lab cookbook and staff writer at Serious Eats, explains the distinction — and includes precise directions for making fantastic gyros in your oven at home. The trick is to get each bite crispy on the outside while still retaining moisture on the inside, and those things happen by salting the meat ahead of time and pulsing it in the food processor. For a full explanation of his methodology, check out López-Alt’s column. 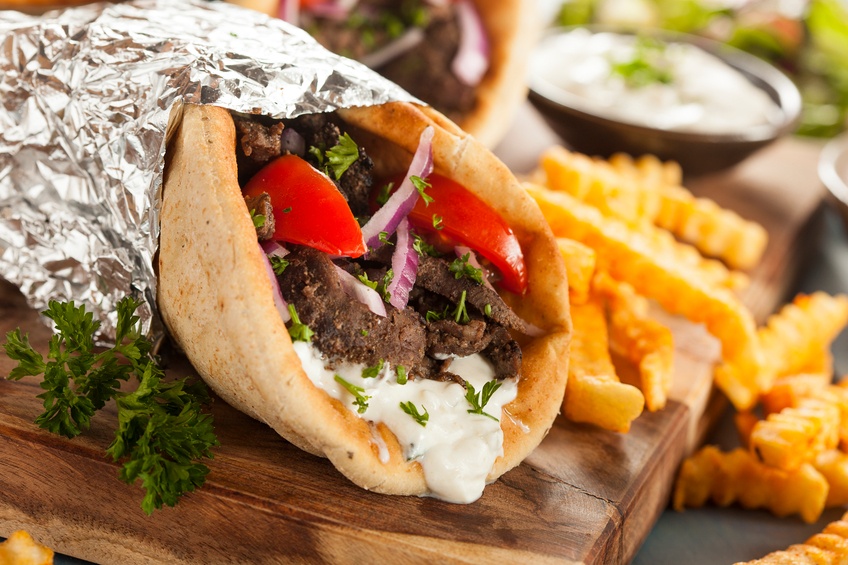 This version is very similar to the one from Serious Eats, but has a few variations you might prefer. For one, the meat is an even mixture of ground beef and lamb, both of which are used in most gyros you’ll find in restaurants. The other main change is that the slices are crisped by pan-frying them in ghee (a fat that can be substituted with olive oil) instead of broiling in the oven. If you want to see the difference in taste with the beef and try a few variations of herbs, check out this recipe from Foodie with Family.

Head to Foodie with Family for the full recipe. 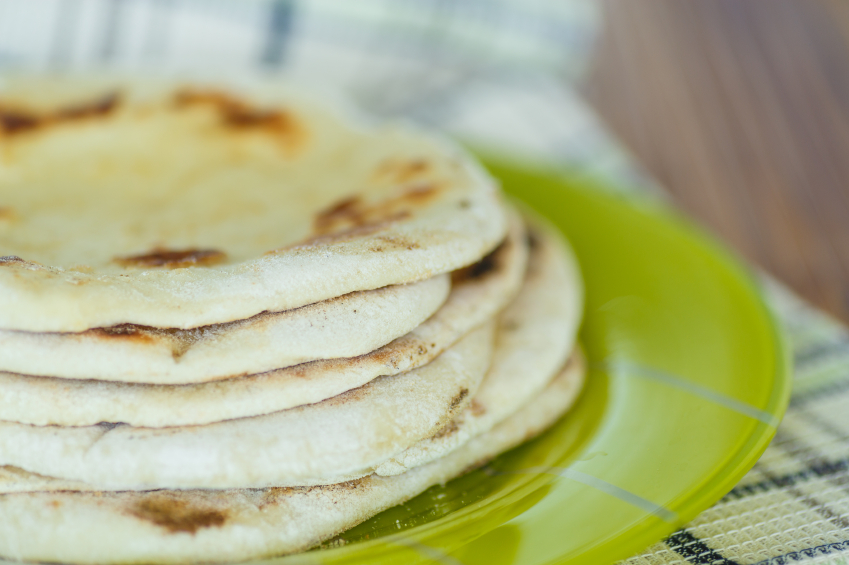 There’s only so many variations of a perfect gyro — the ingredients themselves don’t change that much. However, if you want to take your homemade gyro game up a notch, try making your own pita bread. Despite sounding intimidating, it’s really an easy process, and everyone who has their own pita recipe swears you’ll never go back to the store-bought versions again. This recipe from Half Baked Harvest creates the traditional hand-pulled pitas, without the pockets. (Recipes for the pocketed versions do exist, but why would you want them for a gyro?) If you make the dough a day or so ahead of time, all you’ll need to do is make them on the stovetop right before serving while your lamb or chicken cooks in the oven.
Ingredients:

Head to Half Baked Harvest for the full recipe.