Today marks the famous “19 Years Later” milestone on which Harry Potter sends his son Albus Severus off to Hogwarts school of wizardry for the very first time. The scene, which takes place Sept. 1, 2017, was the epilogue of the final Harry Potter book. It was also portrayed at the end of the movie “Harry Potter and the Deathly Hallows Part 2.”

Fans of all ages from all over the world met at London’s King’s Cross railway station today at 11 a.m. to commemorate the date. A surprise visit was made by Warwick Davis, the actor who played Professor Filius Flitwick, who taught Harry Charms. Davis was present for the countdown at 11 a.m. which ended in a round of applause and cheers.

WARWICK DAVIS IS HERE ON A SEGWAY WHAT A KING pic.twitter.com/sveXMa8cAY

As we hurtle towards 11am on the 1st September, the queue for the train continues to grow… #BackToHogwarts pic.twitter.com/9jzDbBDGsN

To those with us at King's Cross, and those joining us from all over the world, we wish you a safe and happy journey #BackToHogwarts pic.twitter.com/wAo7B157Zj

In other Potter news, “Harry Potter and the Cursed Child” is the eighth Potter story and a stage play which performs today for the first time.

Today, as students go #BackToHogwarts, we celebrate #19YearsLater, the start of our #CursedChild story… pic.twitter.com/4yLg31Qv9B

The production will make its way to the Broadway stage in New York in 2018. Hundreds of thousands of tickets to the show have already been sold, as well as millions of copies of the published manuscript, which was released in July 2016.

The first book, “Harry Potter and the Sorcerer’s Stone,” was published on June 26, 1997. It went on to receive the “National Book Award.” Two years after its being published, the novel had sold more than 300,000 copies. It remained the UK’s bestselling book until December 2001. It holds the distinction of the fifth bestselling book of all time. The seven books in the series together are the bestselling series of all time, with 500 million copies sold. In the 24 hours after it was released in 2007, the final book, “Harry Potter and the Deathly Hallows,” sold 11 million copies in the first 24 hours after its release, reported LADbible. 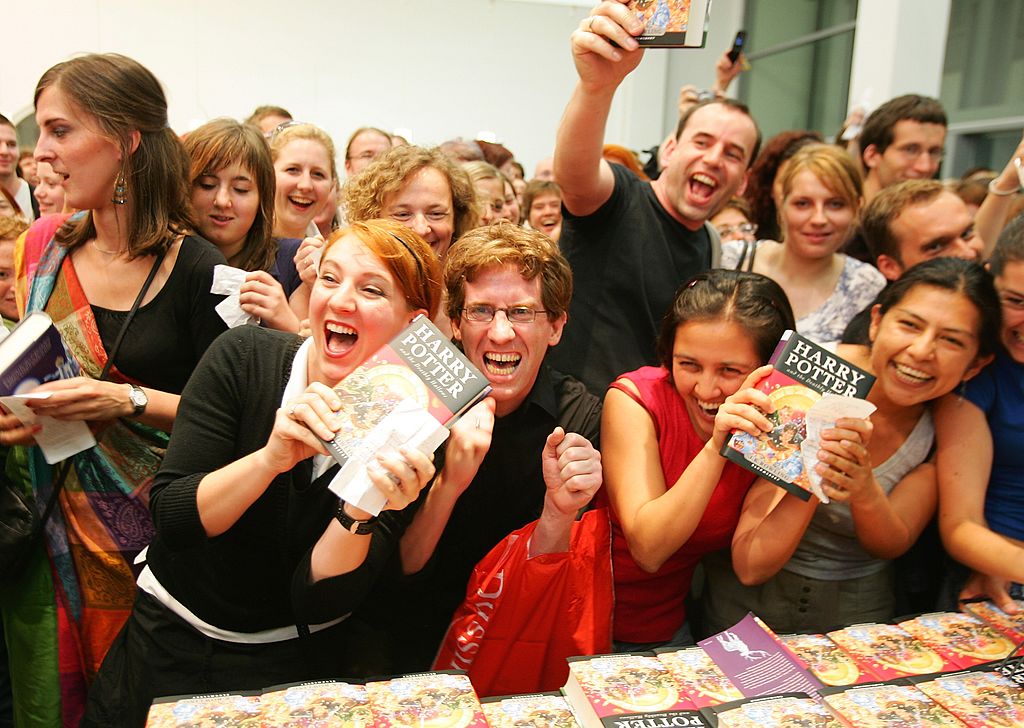 Fans hold the last book by J.K. Rowling “Harry Potter and the Deathly Hallows” in their hands at a bookstore after its release at 1:01 am on July 21, 2007, in Berlin, Germany. | Andreas Rentz/Getty Images