Harvey made landfall at 4 a.m. Wednesday near the city of Cameron, La., near the Texas border, according to the National Hurricane Center. The storm was expected to head northeast, weakening over time to become a tropical depression by Wednesday night. 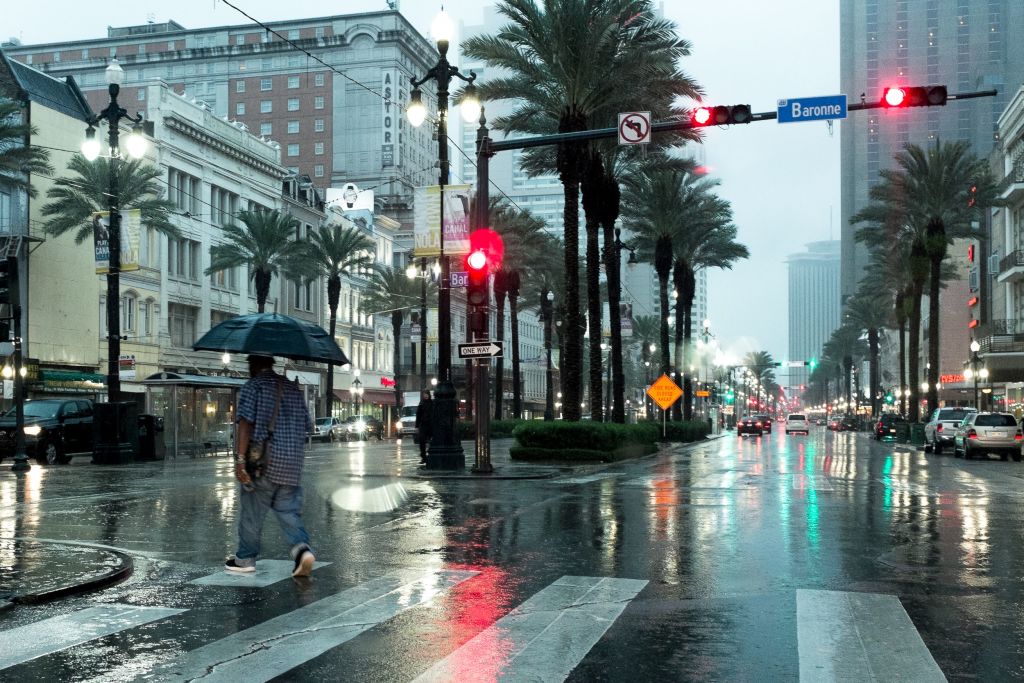 Louisiana residents braced for winds forecast up to 45 miles per hour and rain forecast at five to 10 more inches for the region.

The storm hits Louisiana during the 12th anniversary of the devastating Hurricane Katrina making landfall in the state. Hundreds have been evacuated in the state due to Harvey, and the Louisiana National Guard has been deployed.

The city of Lake Charles, La., had received more than a foot of rain by Wednesday morning with forecasts predicting continued downpours. The entire coast of southern Louisiana is under a storm surge warning, from Holly Beach to Morgan City. 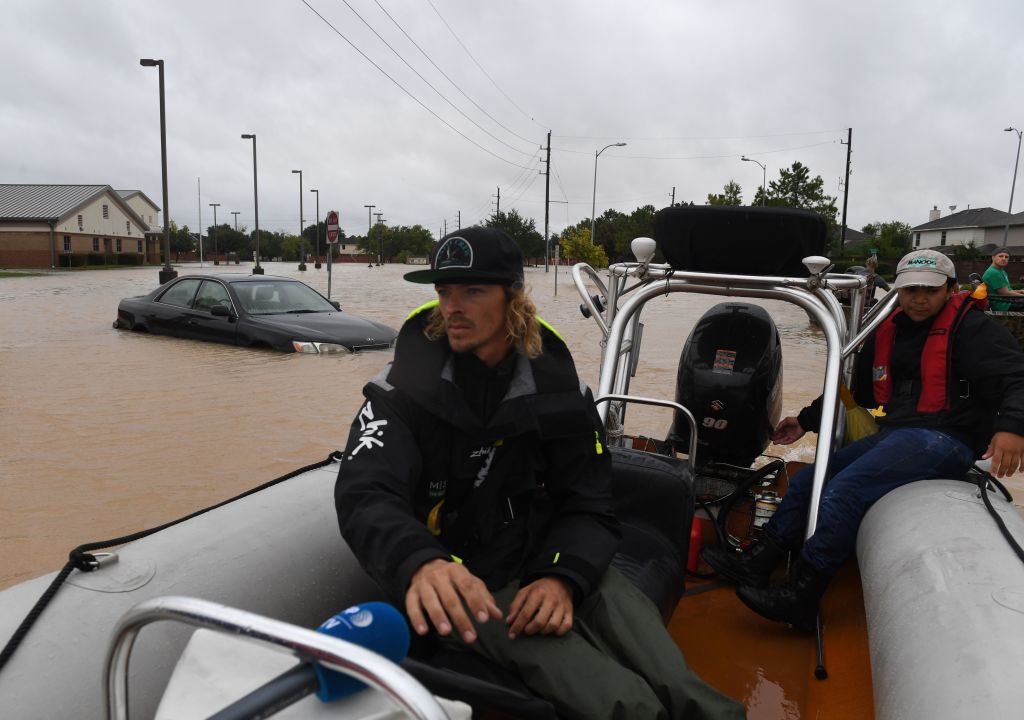 Andrew Brennan from Louisiana heads to a rescue as he helps evacuate the Clodine district after Hurricane Harvey caused heavy flooding in Houston, Texas on August 29, 2017. | MARK RALSTON/AFP/Getty Images

New Orleans appeared to be receiving a lucky break by not being in the direct path of the storm. Due to Harvey, the city had postponed the scheduled Katrina remembrance events it had planned for this week. “It looks like this one missed us,” New Orleans Mayor Mitch Landrieu said. “I think we are going to be good for the rest of the day.” He asked residents to turn their attention to helping those to the west who were hit harder by the tropical storm.

On Wednesday morning, the New York Times reported that local officials in Texas have reported at least 30 flood-related deaths as a result of Harvey. Houston’s mayor, Sylvester Turner, imposed a curfew in Houston from midnight to 5 a.m. until further notice.