Whether or not you’re from the South, there’s nothing like indulging in a big plate of fried chicken or baked mac n’ cheese. While these foods may figuratively warm your heart, they may be more dramatically harming your heart. According to a study published in Circulation, an American Heart Association journal, people who regularly consume “Southern-style” cooking raise their risk of heart disease, including heart attack and heart-related death. The researchers of this study found that people who mostly ate a Southern-style diet had a 56% higher risk of heart disease than those who ate it less often.

Some of the main culprits? Fried foods, processed meats, high-fat foods, and sugary beverages — basically all the delicious staples of Southern comfort food. However, the lead researcher of this study doesn’t advise cutting these foods out of your diet all at once, since this simply isn’t realistic for long-term success. Rather, he advises slowly scaling back and introducing healthier alternatives. For a few ways to make your Southern favorites a bit more favorable for your heart, try these seven healthy recipes. 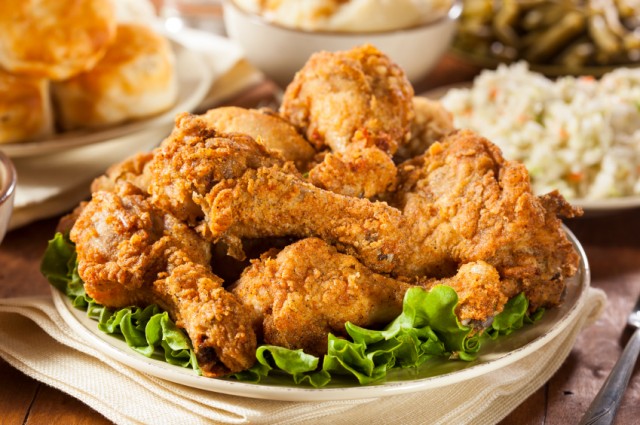 This staple dish in a Southern diet has the most potential to satisfy your stomach while hurting your heart. But don’t fret, it is possible to lighten up this delicious classic. Try this recipe from Paleo Foods, which uses almond flour and coconut oil for a healthier take on fried chicken.

Dip chicken in whisked eggs to coat, then dredge in flour. Add to hot skillet. Allow both sides to brown, about 2 minutes each side, then transfer to prepared rack. Transfer to oven and bake for 10 to 15 minutes. Let cool briefly, then serve.

This classic southern tea is loaded with a dangerous amount of sugar and calories. Even though it’s called “sweet tea” you don’t have to go overboard with the sweeteners to get the same refreshing beverage. Try this recipe from Southern Living for a guilt-free tea, which will only cost you 68 calories a glass.

Shrimp and grits is a tasty Southern food must-eat, but the classic dish can be a major diet-crusher. Try this calorie-cut version from Southern Living to get your grit-fix for less than 250 calories.

Directions: To prepare the parmesan grits, bring ½ teaspoon salt and 4 cups water to a boil in a medium saucepan; gradually whisk in grits. Cook over medium heat, stirring occasionally, 8 minutes or until thickened. Whisk in cheese and pepper. Keep warm. For the shrimp sauce, peel shrimp; devein, if desired. Sprinkle shrimp with pepper and ⅛ teaspoon salt.

Cook in a large nonstick skillet coated with cooking spray over medium-high heat 1 to 2 minutes on each side or just until shrimp turn pink. Remove from skillet. Reduce heat to medium. Add oil; heat 30 seconds. Whisk in flour; cook 30 seconds to 1 minute. Whisk in broth and next 5 ingredients; cook 2 to 3 minutes or until thickened. Stir in shrimp and spinach; cook 1 minute or until spinach is slightly wilted. Serve immediately over grits. 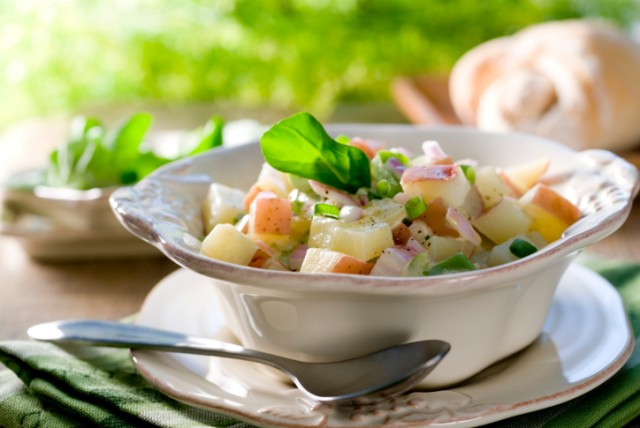 This updated Southern side uses yogurt and light mayo to reduce the fat. But thanks to a tasty herb mixture, the recipe from Southern Living maintains all the flavor of the traditional dish.

Directions: Bring first 3 ingredients and 2 cups water to a boil in a large saucepan over medium-high heat, and cook 20 minutes or until tender. Drain and let cool 30 minutes. Whisk together yogurt and next 6 ingredients in a large bowl until combined. Gently fold potatoes into yogurt mixture. Cover and chill 1 to 12 hours. Garnish, if desired. 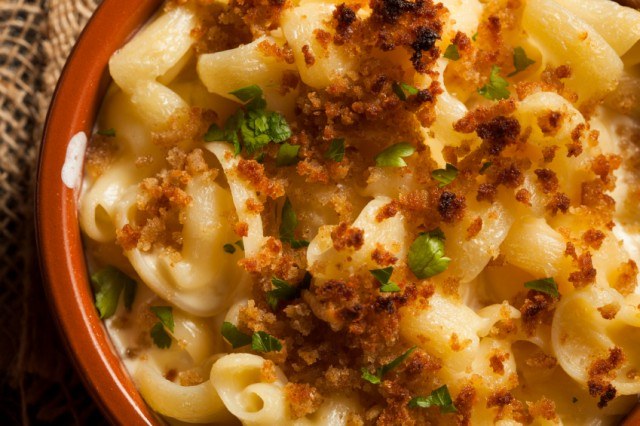 What could be more delicious and comforting than a nice bowl of baked mac n’ cheese? Well luckily for your heart health, this recipe from Eating Well includes dark leafy collard greens for a healthy (but still Southern) update on this bowl of cheesy satisfaction.

Directions: Bring a large pot of water to a boil. Add pasta and collards and cook according to the pasta package directions. Drain. Meanwhile, heat 1½ cups milk in a large broiler-safe skillet over medium-high heat until just simmering. Whisk the remaining ¼ cup milk, flour, salt and pepper in a small bowl until combined. Add the flour mixture to the simmering milk; reduce heat to medium-low and cook, whisking constantly, until thickened, 1 to 2 minutes.

Remove from heat and whisk in cheddar, cream cheese, and vinegar until the cheese is melted. Stir the pasta and collards into the sauce. Position rack in upper third of oven; preheat broiler to high. Combine breadcrumbs, oil and paprika in a small bowl. Sprinkle over the pasta. Broil until golden brown, 1 to 3 minutes.

For yet another use of antioxidant rich collard greens, try this soup with all the comforts of Southern flavors. In addition to collards, this nutritious soup recipe from Eating Well includes fiber-loaded black-eyed peas and just a bit of bacon to bring out a smoky flavor. You can also swap out the collards for kale or spinach and skip the bacon for an even healthier option.

Discard the thyme sprig. Stir in black-eyed peas; remove from the heat and cover. Position rack in upper third of oven; preheat broiler. Place baguette slices on a baking sheet and broil until lightly toasted, 2 to 4 minutes. Rub each bread slice with the remaining garlic clove. Turn the slices over and top with cheese. Broil until the cheese is melted, 1 to 3 minutes. Serve the soup topped with the cheese toasts and bacon. 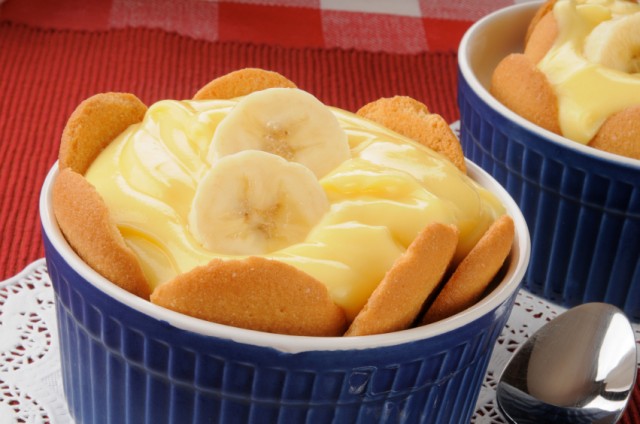 To satisfy your Southern sweet-tooth, try Southern Living’s recipe for a healthier banana pudding. You’ll still be able to indulge in the delicious banana, vanilla wafers, and meringue combo, but with way less fat and calories than the original version.

Directions: Preheat oven to 325 degrees Fahrenheit. Combine flour and salt in a medium saucepan. Gradually stir in 1% milk, sweetened condensed milk, and yolks, and cook over medium heat, stirring constantly, 8 to 10 minutes or until thickened. Remove from heat; stir in vanilla. Layer 3 banana slices, 3½ tablespoons pudding, and 3 vanilla wafers in each of 8 (1-cup) ramekins or ovenproof glass dishes.

Top each with 6 banana slices, 3½ tablespoons pudding, and 3 vanilla wafers. Beat egg whites at high speed with an electric mixer until foamy. Add sugar, 1 tablespoon at a time, beating until stiff peaks form and sugar dissolves (2 to 4 minutes). Spread about ½ cup meringue over each pudding. Bake at 325 degrees for 15 to 20 minutes or until golden. Let cool 30 minutes.