Healthy Crockpot Recipes That You Have to Try

When you want a healthy, no-fuss meal, it’s time to pull out your slow cooker. Not only does crockpot cooking make eating at home more convenient (and more home-cooked meals are a key part of a healthier diet), but most slow cooker dishes call for little or no added fat — another health bonus. Here are five good-for-you slow cooker recipes sure to appeal to the modern man. 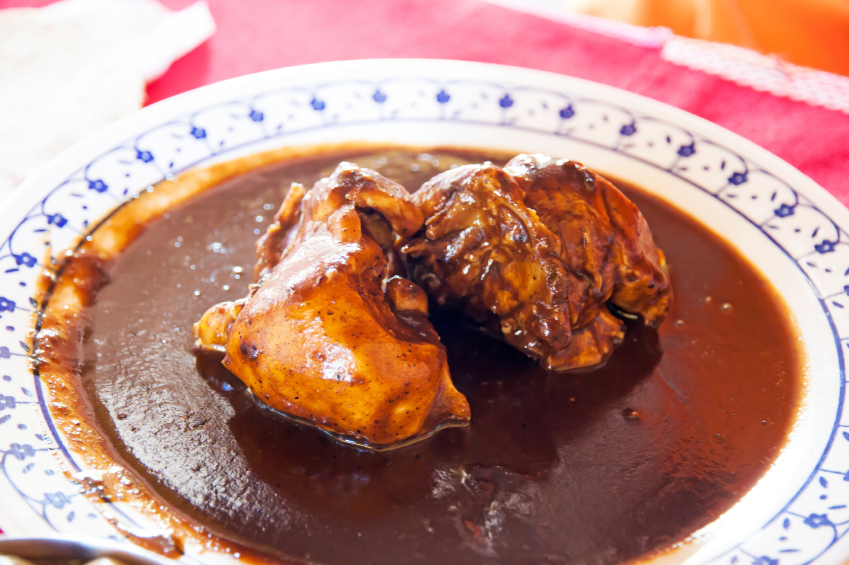 Low-fat but protein-rich chicken breast plus tons of spices (and just a hint of chocolate) make for a flavorful and healthy version of a classic chicken mole. The spicy chili peppers in this dish might even help you live longer. You can serve this meal over rice or wrapped up in tortillas. Recipe from The Iron You.

Add the cubed chicken to the slow cooker. Pour the tomato mixture over the meat so that it is completely covered. Place the lid on the crock pot, and cook on low for 6 to 8 hours or on high for 4 hours. After the meat is done cooking, adjust seasonings to taste, then serve. 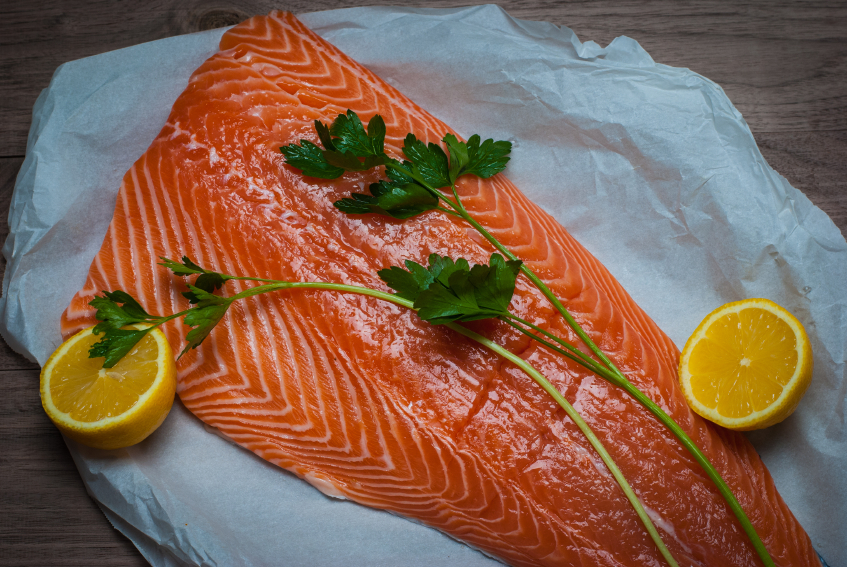 Sticking fish in your crockpot can be a dicey proposition, as you run the risk of overcooking your fillets. A unique cooking technique helps avoid that problem in this healthy salmon dish from cookbook author Andrew Schloss (via Cookstr). It requires a bit more hands-on work than some slow cooker meals, but the end result should be well worth the trouble.

Directions: Pour 1 tablespoon of olive oil into the bottom of a 5- to 6-quart slow cooker. Place the potatoes, onion, and celery in a layer on the bottom of slow cooker. Then, place 2 feet of 12-inch wide heavy-duty aluminum foil across the cooker lengthwise. Press down so the vegetables and the sides of the crock are covered and the edges of the foil extend over the rim at each end of the slow cooker.

Season the salmon with ½ teaspoon of salt and ¼ teaspoon pepper. Warm 1 tablespoon of olive oil in a heavy skillet over high heat. Place the salmon in the pan, flesh side down, and cook for about 2 minutes, until lightly browned. Transfer the salmon to the crockpot, placing it on top of the foil, skin side down.

Pour the wine into the skillet, and heat until it boils. Add the water, stir, and then pour the liquid over the salmon. Set the skillet aside (you’ll need it again later). Put the cover on the slow cooker, and set heat to low. Cook for 2½ to 3 hours, until the salmon flakes gently when pressed.

When ready to serve, use the foil to lift the fish from the crockpot and transfer it to a large platter. Scoop the vegetables from the cooker with a slotted spoon, and arrange around the fish.

Pour the liquid from the cooker into the skillet, and bring to a boil over high heat. Boil until reduced to about ¾ cup. Add the herbs, and boil for 1 minute; remove from the heat, and swirl in the butter. Add more salt and pepper to taste, then pour the sauce over the fish and vegetables. Serve immediately. 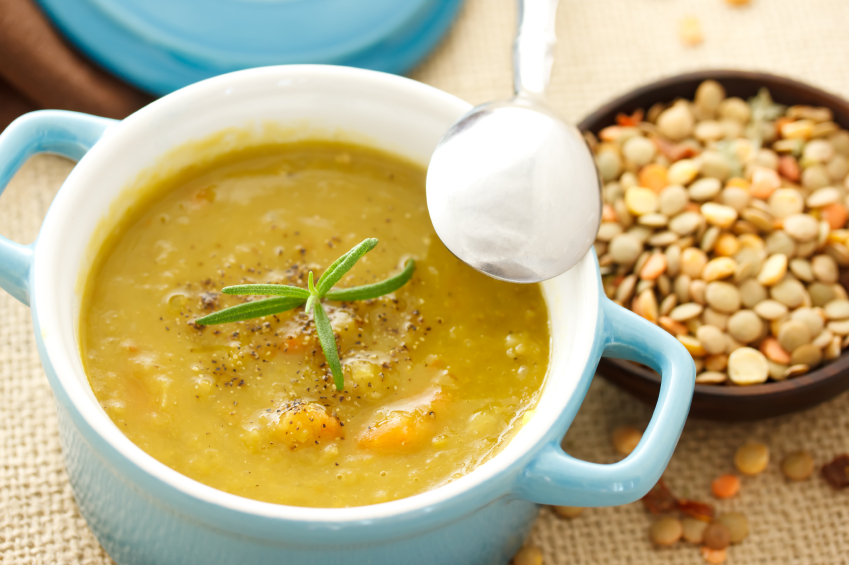 Lentils are a cheap source of fiber, protein, iron, and other nutrients, and they’re incredibly easy to prepare in your slow cooker. This recipe for a hearty vegetarian stew from Colleen’s Kitchen also calls for sweet potatoes, which adds both extra color and rich flavor to this comforting dish.

Directions: Add all the ingredients to your slow cooker, and stir to combine. Cover and cook on low for 8 to 10 hours.

Turn slow cooker off, remove cover, and use a potato masher or immersion blender to break up any large chunks and give the soup a smooth consistency. Add salt and pepper to taste, ladle into bowls, garnish with more cilantro, and serve. 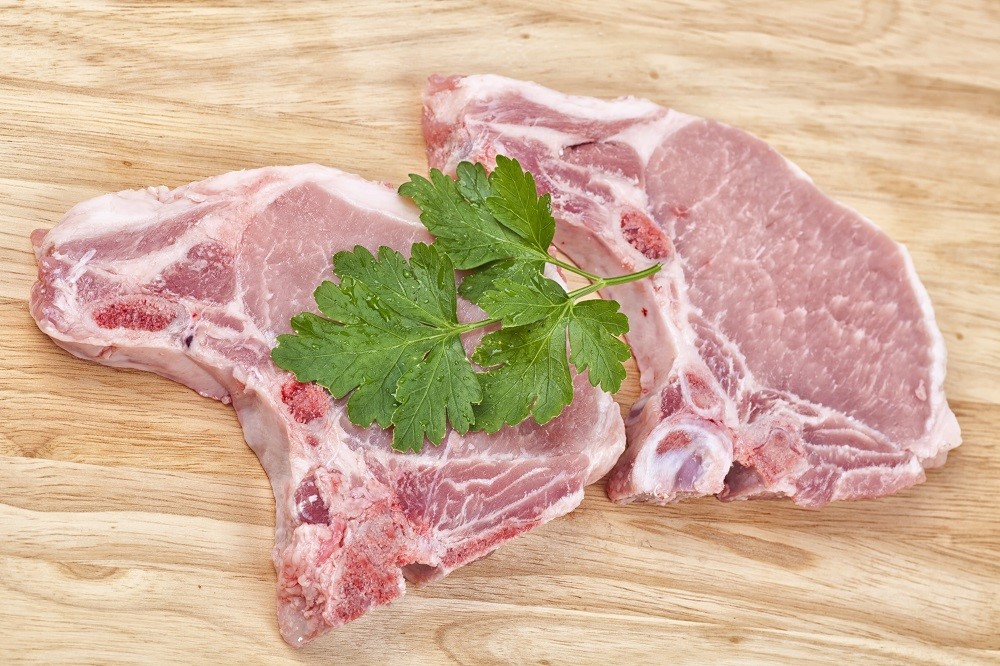 Boneless pork chops are an excellent lean source of protein, and they’re also incredibly easy to prepare in the slow cooker. The low-heat, moisture-rich cooking technique means that there’s little danger of ending up with tough, dried out meat. Instead, you get a succulent main course that pairs well with healthier brown rice and steamed vegetables. Recipe from My Mommy Style.

Directions: Coat the inside of the slow cooker with non-stick cooking spray. Season the pork chops with salt and pepper, and then place in the crock. Spread the chopped onion on top of the meat.

In a bowl, mix together the maple syrup, mustard, and apple cider vinegar. Pour over the pork and onions, cover, and cook on high for 3 to 4 hours or on low for 6 to 8 hours. 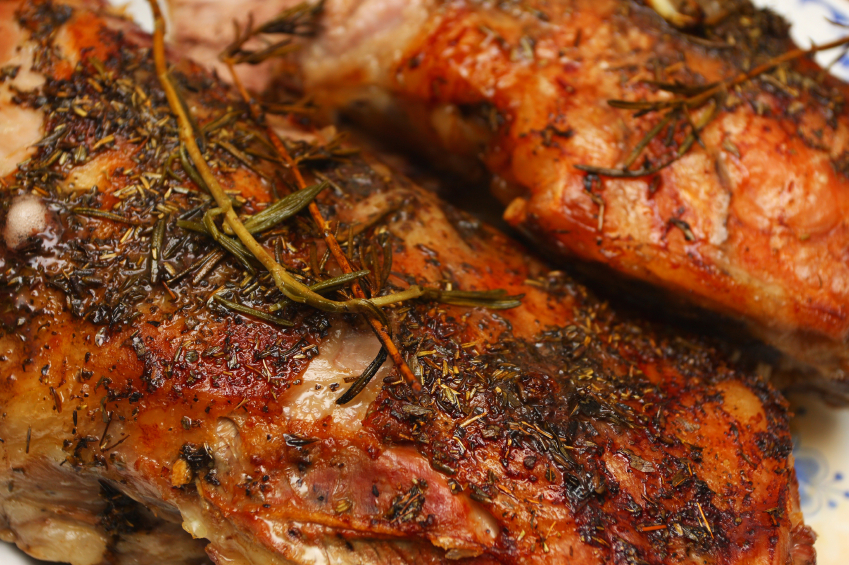 Lean cuts of lamb are a tasty source of protein and a good way to get healthy omega-3 fatty acids and vitamin B12 in your diet. Sweet potato “noodles” complement the meat in this paleo-friendly dish for a nutritious and delicious meal. Recipe from Vita Clay Chef.

Directions: Place the leg of lamb on a cutting board, fat side up. Use a knife to score the fat in a crosshatch pattern. Season with salt and fresh-ground black pepper.

Remove the rosemary from its stalk, and put in the food processor with the lemon zest and garlic cloves. Process until thoroughly mixed, then drizzle in the olive oil.

Spread the rosemary paste over the meat, making sure that the seasoning gets into the scored parts of the meat.

Add the lamb to the slow cooker, pour ¼ cup of water or chicken broth and the lemon juice over the meat. Cover and cook on low for about 2 hours. Transfer to a cutting board when done cooking, let rest for a few minutes, and then shred or slice.

Cut each sweet potato into thirds. Use a spiralizer or julienne peeler to creates strands of “noodles.” Add the ghee or coconut oil to a skillet, and turn heat to medium. Let oil heat up, then add the sweet potato, season with salt and pepper, and cook until soft.

Serve the lamb with the sweet potato, and garnish with parsley.