How to Make Healthy Side Dishes Using Bacon

Bacon isn’t considered a health food, but when it studs other nutritious offerings, you can make the argument that the cured meat is helping you get in your nutrients. Bacon goes well with just about everything, so chefs often enlist it to bring flavor to a variety of their dishes — many of them being healthy ones. Check out these six healthy recipes starring bacon that you can make at home. On their own, the side dishes are low in calories and packed with vitamins and nutrients, and when you add bacon to the mix, they’re equally delicious.

Our first recipe comes from Eating Well and it is for a lettuce-less salad. This broccoli bacon salad doesn’t have any kale or spinach on its ingredients list, but it does have broccoli, cranberries, and water chestnuts. And of course: bacon. The creamy salad is made lower in fat thanks to the employment of low-fat mayonnaise and sour cream, and it’s high in fiber and protein. Make the side dish to complement your dinner and you’ll find yourself going back for seconds of broccoli, all thanks to bacon.

2. Bacon Quinoa with Almonds and Herbs 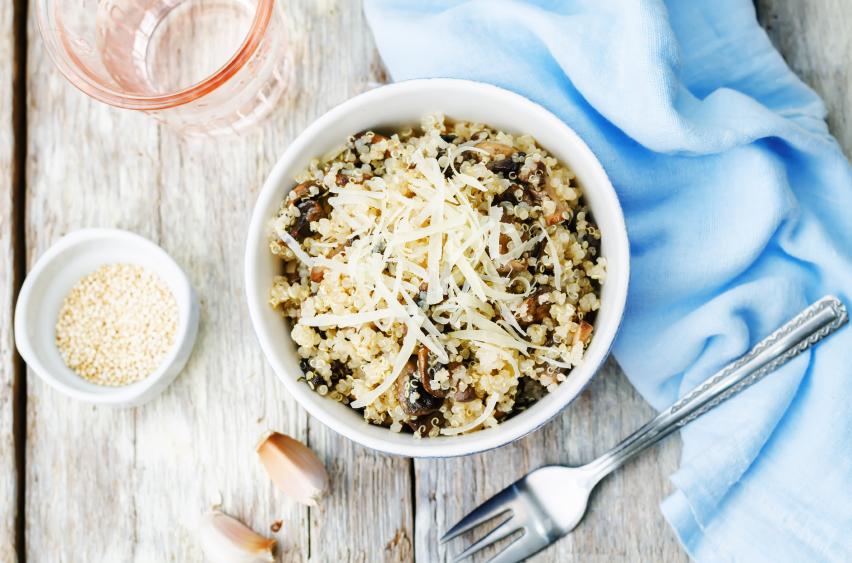 Next up is a grain salad from Food & Wine. We all know that quinoa is a superfood, but when paired with bacon, it also makes a super delicious dish. This bacon quinoa with almonds and herbs is something you need to make for your next get-together. The nutty quinoa pairs perfectly with smoky bacon and the side dish is still high in protein and healthy fats, and takes 15 minutes to prep. If you still can’t get down with the idea of quinoa, try it with bacon and see if your mind can be changed.

Directions: Preheat the oven to 350 degrees Fahrenheit. Spread the almonds in a pie plate and toast in the oven until golden brown, 4 minutes; let cool.

In a medium saucepan, heat the oil. Add the bacon and cook over moderately high heat until the fat has rendered, about 2 minutes. Add the shallot and cook, stirring a few times, until softened but not browned, about 1 minute. Add the quinoa, stock and sage and bring to a boil. Cover and cook over low heat until the stock has been absorbed, about 17 minutes. Remove the quinoa from the heat and let stand, covered, for 5 minutes. Discard the sage and fluff the quinoa with a fork. Stir in the chives, parsley and toasted almonds. Season the quinoa with salt and pepper and serve.

Brussels sprouts with bacon is a dish you can find on many restaurant menus, but you can also easily make it at home. This recipe featured on Food Network shows you how. It requires only five ingredients and 10 minutes of prep time. Anyone can eat their Brussels sprouts when bacon is involved, so there’s no reason you shouldn’t whip up this recipe for your next dinner.

Directions: Cook bacon in a large skillet over medium-high heat until crispy. Remove to a paper towel-lined plate, then roughly chop. In same pan with bacon fat, melt butter over high heat. Add onions and Brussels sprouts and cook, stirring occasionally, until sprouts are golden brown, 8 to 10 minutes. Season with salt and pepper, to taste, and toss bacon back into pan. Serve immediately. 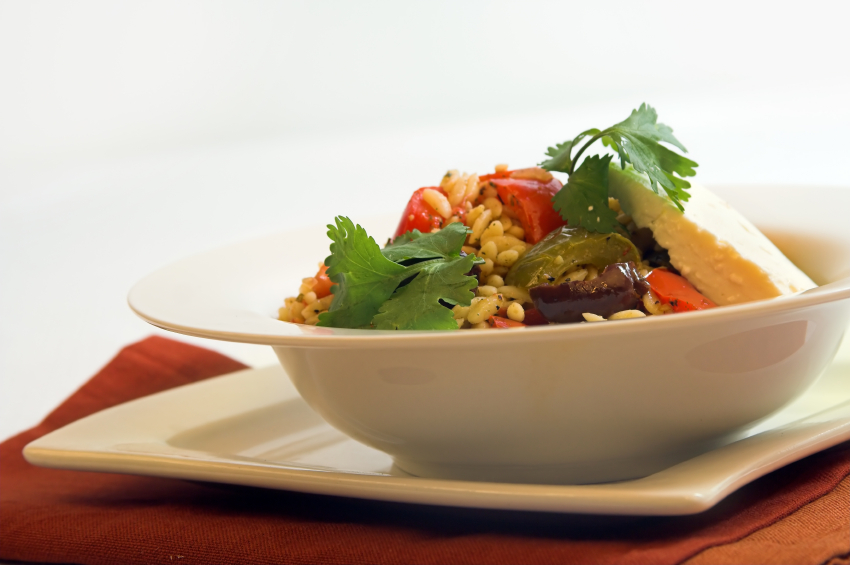 BLTs aren’t the healthiest sandwiches you can have for lunch or dinner, but if you deconstruct them into a salad, you at least are getting your greens. This recipe for a BLT chopped salad from Damn Delicious is almost as good as the real thing, and there aren’t any carbs to get in the way of the sandwiches filling flavor. On the ingredients list are bacon, lettuce, avocado, tomatoes, goat cheese, and corn, and the good stuff is dressed for a homemade lime vinaigrette that is light and refreshing.

For the lime vinaigrette:

Directions: To make the vinaigrette, whisk together olive oil, apple cider vinegar, lime zest, and juice, and sugar in a small bowl; set aside.

Heat a large skillet over medium high heat. Add bacon and cook until brown and crispy, about 6 to 8 minutes. Transfer to a paper towel-lined plate. 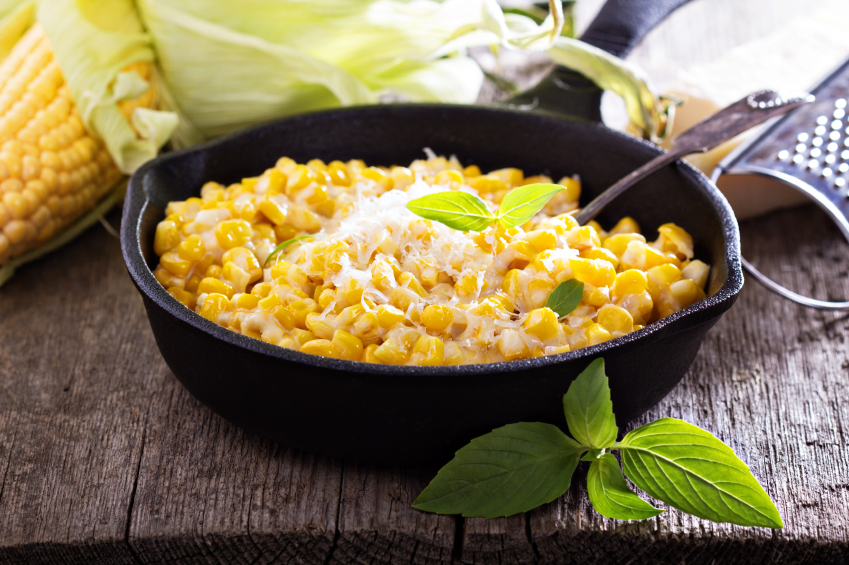 Corn is coming back into season, and this side dish from Martha Stewart is the perfect recipe to help kick things off. Sautéed corn, bacon, and scallions is one of those side dishes that often steal the dinner show, and the recipe is simple as can be, only calling for bacon, corn, scallions, salt, and pepper. Cook your bacon in a skillet, add your corn and scallions, and then you’re good to go.

Directions: Cook bacon in a large skillet over medium-high heat, turning occasionally, until browned, 4 to 6 minutes. 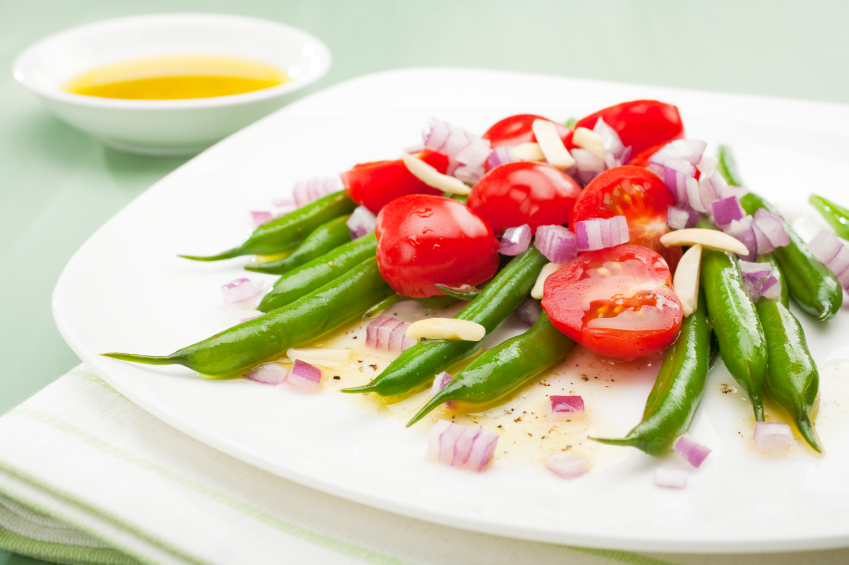 Last but not least are some greens. These spicy green beans from Food & Wine are studded with smoky slab bacon, and are also accented with onions, garlic, and Italian tomatoes. Crunchy green beans and salty, smoky bacon is a match made in delicious and nutritious heaven, and when you add tomatoes to the mix, the latter even outweighs the former.

Directions: In a large enameled cast-iron casserole, heat the olive oil until shimmering. Add the bacon and cook over moderate heat, stirring, until crisp, about 8 minutes. Using a slotted spoon, transfer the bacon to a plate. Add the onion and garlic to the casserole and cook, stirring, until softened, about 8 minutes. Add the green beans and crushed red pepper and cook, tossing, until the beans are coated with fat and just beginning to soften, about 3 minutes. Add the tomatoes, chicken stock, bay leaves and crisp bacon, season with salt and bring to a boil. Reduce the heat to moderately low, cover partially and cook, stirring occasionally, until the beans are tender, about 20 minutes.

Using a slotted spoon, transfer the beans to a large bowl. Boil the cooking liquid over high heat until reduced by half, 15 minutes. Return the beans to the casserole and heat through. Transfer to a bowl; discard the bay leaves. Serve warm or at room temperature.