Healthy Snacks for Work That Won’t Destroy Your Diet

Apple slices and carrot sticks don’t tend to lift your spirits when it’s mid-afternoon and your boss just slammed hours worth of work on your desk. Peanut butter cups and Snickers — while certainly instantly gratifying — aren’t exactly a great alternative either as they’ll cause a spike in blood sugar and subsequent drop in energy (not to mention that they’re full of empty calories, sugar, GMO-packed high-fructose corn syrup, and the kind of chemical preservatives that will cause your pant buttons to pop). Thankfully there are brands that understand this dilemma and are making snacks that you can satisfyingly munch on without the guilt. Here’s a look at 10 junk food alternatives that will make getting through a hellish work day just a little bit easier. 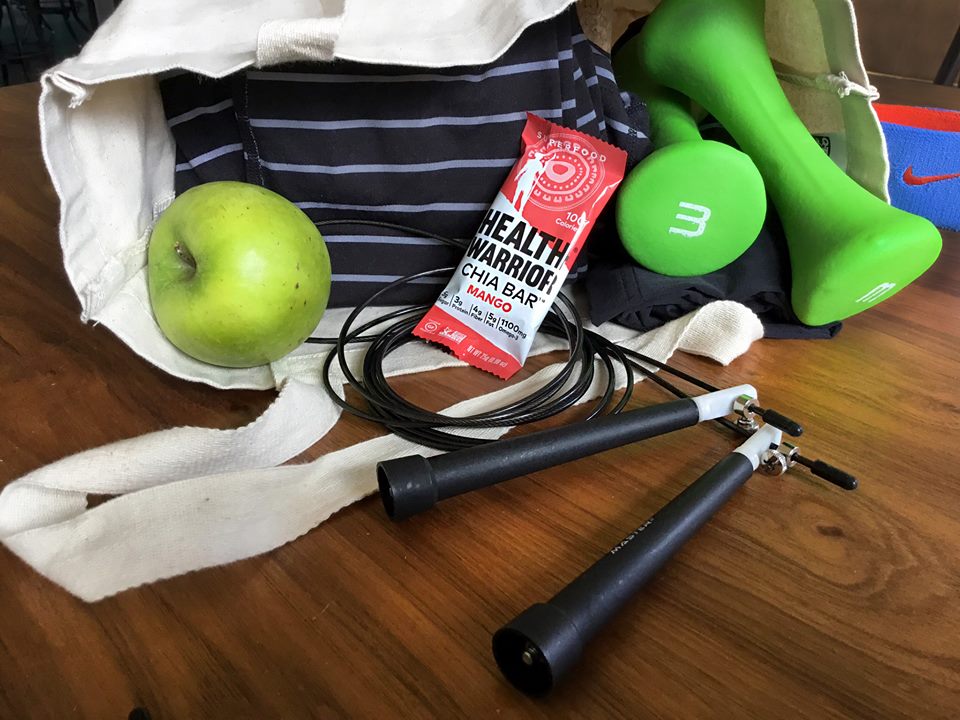 It’s said that the Tarahumara Indians of Mexico’s deadly Copper Canyon, who regularly run hundreds of miles, eat chia seeds for stamina and strength, which was chronicled in the cult read Born to Run and served as the inspiration behind Health Warrior Chia Bars. If chia seeds are good enough for a tribal warrior, they have to be good enough to get us through our 3 p.m. slump.

Enlightened‘s claim to fame is its low-calorie ice cream alternatives — some of the only viable alternatives for Ben & Jerry’s addicts (we swear they’re really that good). Unfortunately frozen desserts aren’t exactly a convenient desk-side snack, which is why the brand has launched its first savory product, Crisps. Available in a growing number of flavors, all of the snacks have lightly roasted broad beans as their base. Packed with protein and fiber, they’re a great energy-boosting snack and work particularly well if you’re planning on hitting the gym after work.

Satisfy a sweet craving while checking off some fruit and veggie servings with Pure Organic’s Fruit & Veggie Strips. Made with fruit and vegetable juices and purees, only 50 calories, and 8 grams of sugar per strip with no cane syrups or cane sugar and no artificial flavors or colors, they’re an angelic counterpart to the traditional Fruit Roll-Up. 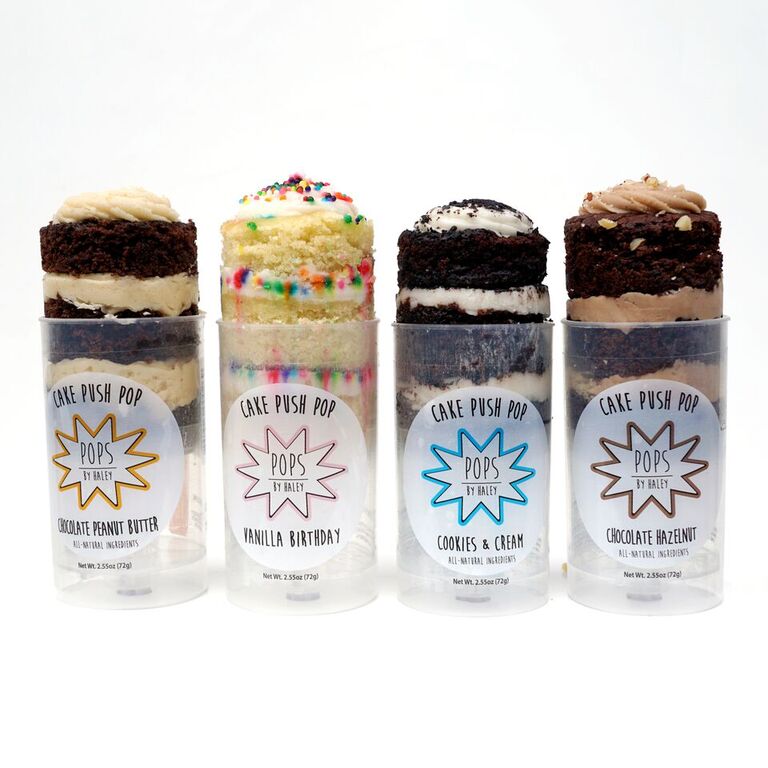 OK, so these aren’t exactly a healthy snack, but if you’re gonna go for something sugar-rich go for these cake pops. They don’t require utensils, are portion controlled, and are just a little bit more tricky to eat than your classic Baked By Melissa, meaning they’ll encourage more mindful munching. They also come in “birthday cake” flavored iterations, so next time swap your office cupcake order for these unique push pops. 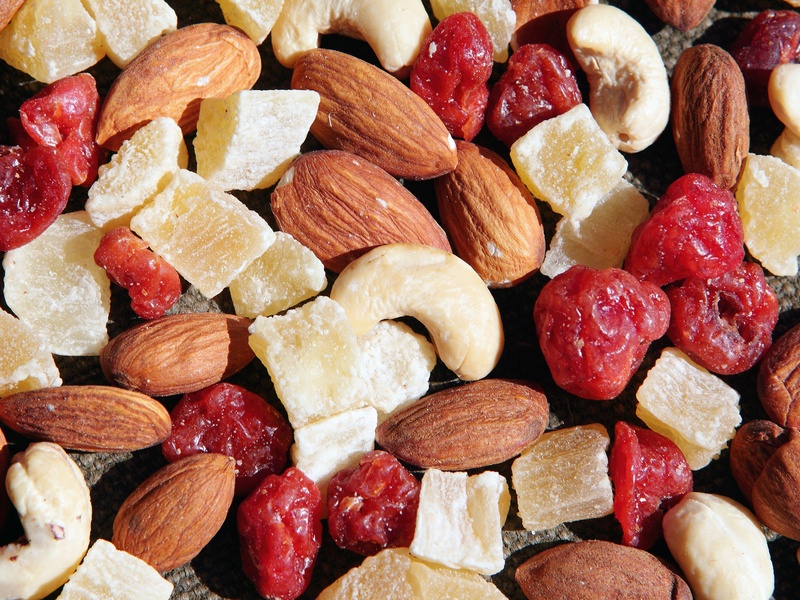 Blue Mountain Organics makes a variety of pouches filled with organic raw dried fruits (aka nature’s gummy bears). They’re dried at very low temperatures meaning that unlike most other dried fruits you’ll see, they retain most of their nutrients. The company also specializes in a number of seeds, grains, and other natural ingredients for any snack you prefer.

Have you ever read the nutrition label of a pack of gum? If you have you might have recognized that among the countless chemicals are some of the same ones used to manufacture rubber tires, plastic bottles, and glue. In the U.S. the FDA allows up to 80 synthetic ingredients to be included in gum! This is where Simply Gum comes in. Each piece is made with no more than six all-natural ingredients. The only downside is that the flavor doesn’t last all that long, but we’re assuming you would rather chew on a few extra pieces of gum and avoid anything made with artificial flavoring, preservatives, aspartame, and chemicals you’d find in glue.

Aptly named Power Snacks, these dense little squares are packed with fiber, protein, a ton of vitamins and minerals, and all kinds of superfoods like maca, chia, and camu-camu to give your body a healthy jolt of energy while tiding you over until dinner. 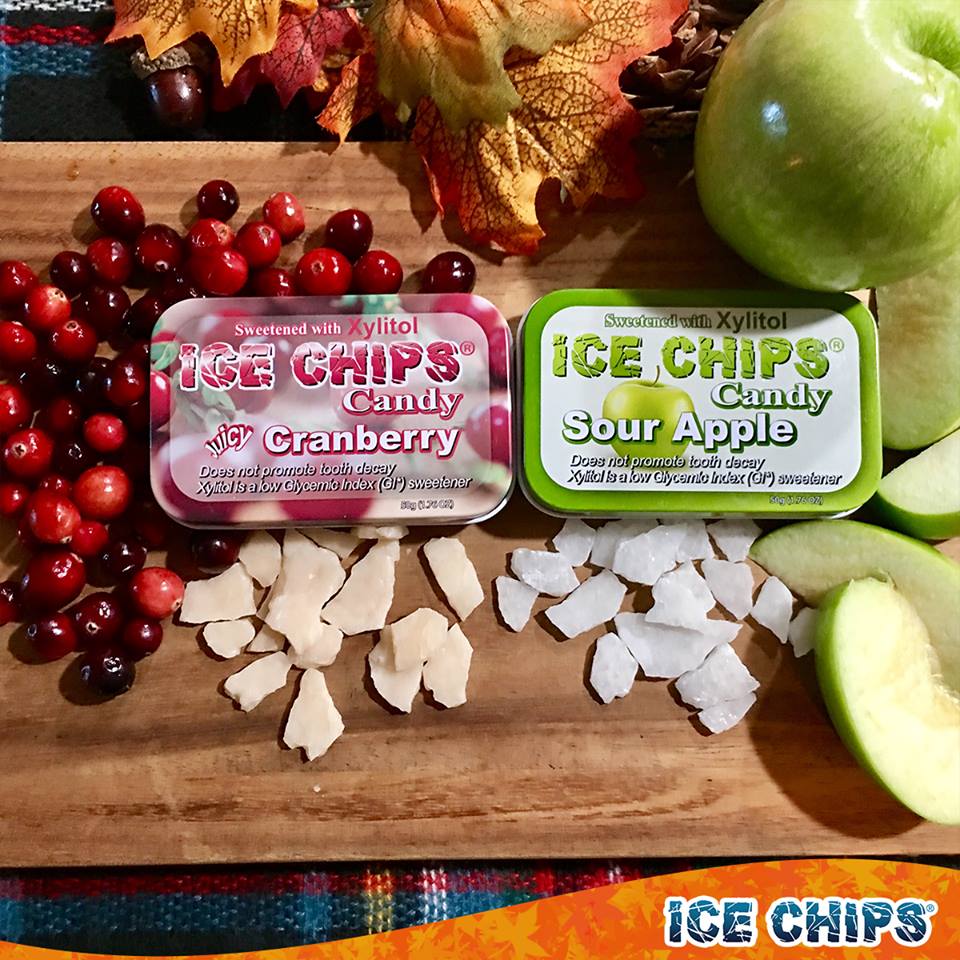 Candies aren’t typically stocked in a dentist office, but Ice Chip Candies are. Why? They’re made with a xylitol base, which is not only a natural substitute for real sugar, but studies have shown that it can help repair damaged enamel. It also works to kill germs and bacteria while freshening your breath.