Although most Florida Keys residents are evacuating ahead of Hurricane Irma’s anticipated landfall, 10 employees of the legendary Ernest Hemingway home in Key West are choosing to ride out the storm at the historic building along with the 55 cats that roam the estate.

One such employee, named Jacqui Sands, 72, is the historic site’s general manager. She is working to secure the estate, built back in 1851, and ensure the safety of the cats, many of which have six or seven toes on one paw.

“If I didn’t have to, I wouldn’t stay,” Sands told the Washington Post. “My kids told me to get the hell out. But I have an obligation to take care of the building and the cats.” The other nine employees are helping retrieve storm shutters to board up windows and doors, Sands said, adding they have not left because either they do not have a car or could not find a flight.

The French Colonial home is built of limestone and sits 16 feet above sea level, one of the highest points on the island. 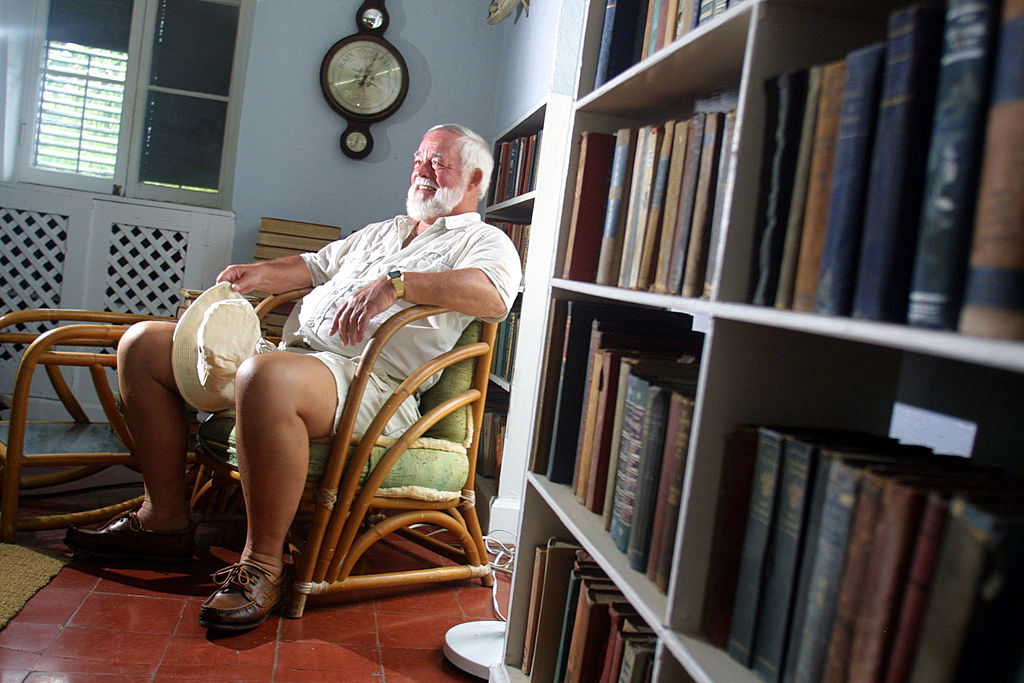 Denny Woods, who won the 2001 Ernest Hemingway contest, visits the home/studio where the real Hemingway wrote many of his classic books in Key West, FL. Hemingway owned the home from 1931 until his death in 1961. The Spanish Colonial style home was constructed of native rock hewn from the grounds and boasts the first pool built in Key West. | Joe Raedle/Getty Images

Hemingway lived in the home, across the street from the Key West lighthouse, from 1931-1939. The cats with the extra toes are the descendants of Hemingway’s own cats. It was in this house that Hemingway wrote short stories including “The Snows of Kilimanjaro” and “The Short Happy Life of Francis Macomber” and the novel “To Have And Have Not.”