Here’s How to Drink Absinthe Like Hemingway and Van Gogh 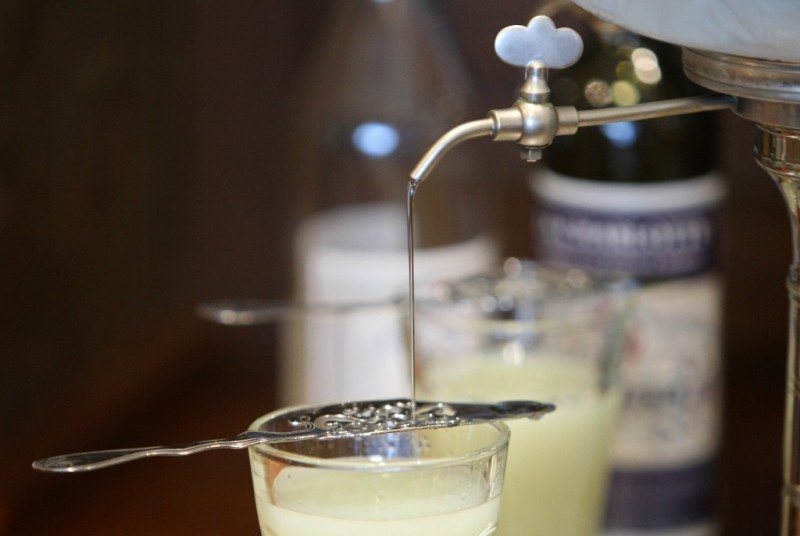 Got tight on absinthe last night. Did knife tricks.

After the first glass of absinthe you see things as you wish they were. After the second you see them as they are not. Finally you see things as they really are, and that is the most horrible thing in the world. I mean disassociated. Take a top hat. You think you see it as it really is. But you don’t because you associate it with other things and ideas. If you had never heard of one before, and suddenly saw it alone, you’d be frightened, or you’d laugh. That is the effect absinthe has, and that is why it drives men mad. Three nights I sat up all night drinking absinthe, and thinking that I was singularly clear-headed and sane. The waiter came in and began watering the sawdust.The most wonderful flowers, tulips, lilies and roses, sprang up, and made a garden in the cafe. “Don’t you see them?” I said to him. “Mais non, monsieur, il n’y a rien.

The zeitgeist of bohemian European, specifically Parisian, artists and writers during the Belle Époque were closely interwoven with absinthe, the spirit with an otherworldly color and reputation.

From within absinthe’s dream-like state, many great artistic movements were born: Symbolism, Surrealism, Modernism, Impressionism, Post-Impressionism, and Cubism — and all bear its imprint. It was an artistic muse, and a symbol of decadence. Revolutionary 19th-century poet Arthur Rimbaud saw absinthe as an artistic tool, noted his biographer Edmund White. A poet must make himself “a seer through a long, prodigious and rational disordering of all the senses,” believed Rimbaud, and absinthe did just that.

Nicknamed after the green fairy — or la fée verte — hallucination it supposedly induces, absinthe is the elixir that drove Van Gogh mad, at least according to legend. Absinthe shortened the lives of Charles Baudelaire, who took his with laudanum and opium and penned the poem Poison, which was about the spirit; Alfred Jarry, who drink it straight; Paul Verlaine; and Alfred de Musset, among others. In Death in the Afternoon, a non-fiction account of the customs of Spanish bullfighting, Hemingway explains that he quit because he couldn’t do it easily “except after drinking three or four absinthes, which, while they inflamed my courage, slightly distorted my reflexes.”

Even today, the often-green spirit’s legacy of mystery, addiction, and psychosis persists, despite bans in France, other European countries, and the United States for much of the last century.

The reason for the ban of absinthe has much to do with its reputation. In preparation, absinthe is similar to other herbal digestifs. Absinthe is named for the bitter-tasting herb Artemisia absinthium, or wormwood, which is its chief ingredient, along with anise and fennel. The high-proof spirit can be colorless, although many are a herbaceous green thanks to the chlorophyll content of its herbs. In addition to color, the chlorophyll also acts almost like the tannins in wine, creating a sensation of dryness when drunk.

But it’s the wormwood that absinthe can thank for its psychotropic reputation. Wormwood, also a component of vermouth and bitters, contains the chemical compound thujone, which was once thought to act on the brain’s cannabinoid receptors in the same way that marijuana’s THC does, causing blackouts, fits, hallucinations, and other bizarre behavior. Scientific research has proved that thujone is not similar at all to THC, nor is there any evidence that it causes hallucinations, although U.S. regulations require absinthe to be free of thujone (effectively less than 10 miligrams per liter).

Studies have also shown that traditional absinthe, made before the regulation of thujone, contained no hallucinogens. “The most powerful ‘drug’ in absinthe is and has always been a high volume of neatly disguised, seductively perfumed alcohol,” as Ted A. Breaux, a scientist and absinthe expert, explained to Liquor.com. Still, fear lead to its vilification. Degas’ 1876 painting, L’Absinthe, which portrays a slack-faced women slumped over a glass of absinthe, shows the attitude of fin-de-siècle Paris toward the drink. 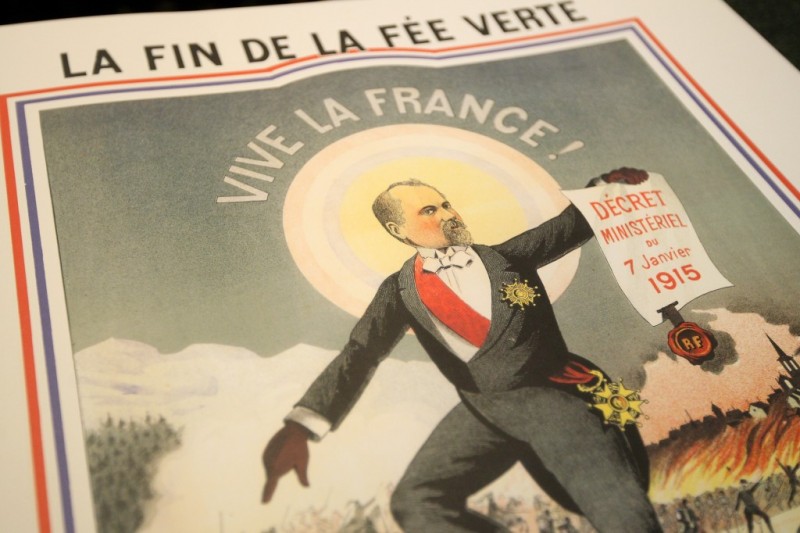 Another possible reason for the demonetization of absinthe is even more simple. In the middle of the 1800s, the French wine industry worried that cheap absinthe was eating into the market, and used its political clout to get the liquor banned. Regardless of the motivations behind the ban, puritanical fears or the pushing of the wine industry, it is likely that absinthe did not derange noted artists like Van Gogh. Rather, the problem was the sheer quantity of the high-proof spirit that writers and artists drank; for example, French illustrator Henri de Toulouse Lautrec allegedly drank six bottles a day.

So with moderation, an absinthe cocktail can be a trip back in time, an exercise in tempered debauchery, or a foray into the artistic heritage of Belle Époque France. Long-ago imbibers of absinthe described its effects as a “waking drunk.” And that reputation persists. “To my mind, absinthe imparts an air of the mystic, a touch of the supernatural – qualities I like in a drink now and again,” Rosie Schaap told the BBC.

The traditional method of serving absinthe is a ritual. A measure of the aromatic liquor is poured in a Pontarlier glass, which has a well at the bottom indicating how much absinthe to pour. An ornate, slotted spoon is then laid across the glass, with a sugar cube. The final step is to drip ice cold water, possibly using an absinthe fountain, into the glass until the liquid turns cloudy, usually at a ratio of four to five parts water to one part absinthe.

Death in the Afternoon

For a 1935 celebrity drink recipe book, Hemingway invented this cocktail.

Directions: Pour into a flute and serve.

In his words: “Pour one jigger absinthe into a Champagne glass. Add iced Champagne until it attains the proper opalescent milkiness. Drink three to five of these slowly. I heartily recommend drinking less than five of these, and you may also try pouring the absinthe on top instead; some brands of absinthe will float for a time on the Champagne, and this makes a nifty visual effect.”

This cocktail was invented in the 1830s by Antoine Peychaud, a pharmacist in the French Quarter of New Orleans. Here is the recipe, per Liquor.com.

Directions: First, rinse the chilled rocks glass with absinthe, discarding any excess. Set aside. In a mixing glass, muddle the sugar cube and both bitters. Add the rye, fill the glass with ice, and stir. Next, strain into a prepared glass, and twist the lemon peel over the drink to extract oils. Discard peel, and serve.