You’ve likely heard a whole host of information regarding the upcoming solar eclipse. But what do you really know about the big event? Where do you stand the best shot at seeing it in totality? What does totality even mean? If you’re a bit confused, don’t worry, you’re not alone.

Thankfully, NASA has an entire landing page dedicated to all things related to the 2017 solar eclipse. And because we know you’re short on time, we’re breaking down everything you need to know before it actually happens.

So, in preparation for one of the most talked about events in the world of science, we’re answering the most common questions about this year’s most spectacular show in the sky. (And we sincerely hope you enjoy Monday’s magical moment, wherever you are.)

1. What exactly is a total solar eclipse? 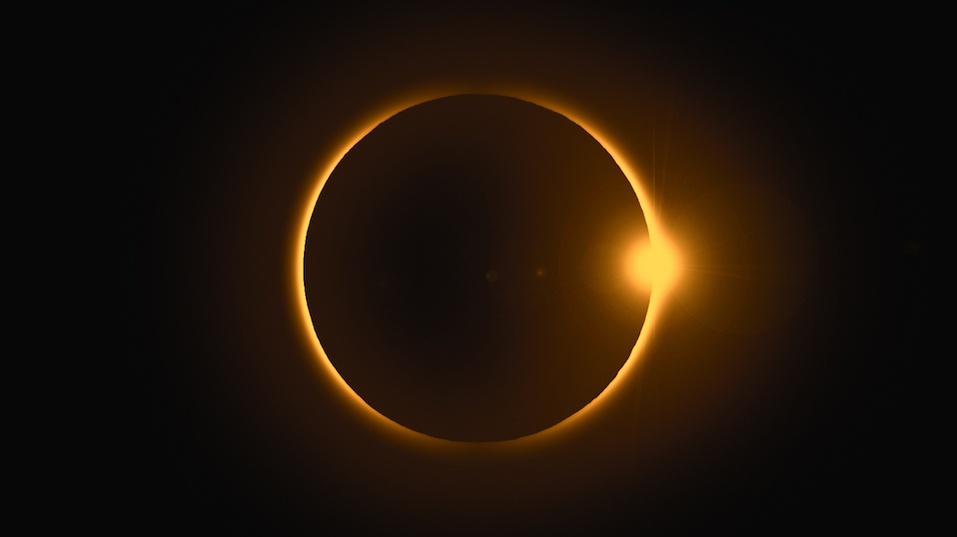 A total solar eclipse is a rare event. | iStock.com/Suman Bhaumik

First things first, let’s get the basics out of the way. A total solar eclipse occurs when the moon completely covers the sun. According to NASA, “This celestial event is a solar eclipse in which the moon passes between the sun and Earth and blocks all or part of the sun for up to about three hours, from beginning to end, as viewed from a given location.” And trust us, it’s going to be sensational.

2. What is the path of totality? 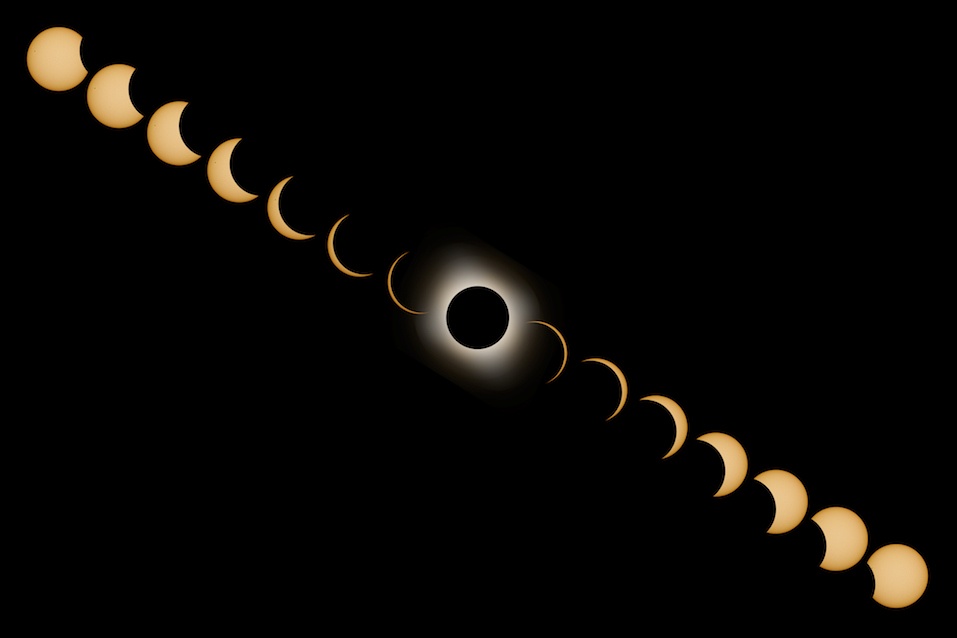 Only some locations will be in the path of totality. | iStock.com/Allexxandar

Covering an area of up to 168 miles wide (about 70 miles in this case), the path of totality is where you want to be. It’s basically the main attraction for anyone hoping to catch the impressive sight in all its glory. It will be along this path that the moon’s shadow will trace on Earth. Additionally, NASA reports, “For this eclipse, the longest period when the moon completely blocks the sun from any given location along the path will be about two minutes and 40 seconds.” Are you lucky enough to reside in this spot? Find out in just a minute. 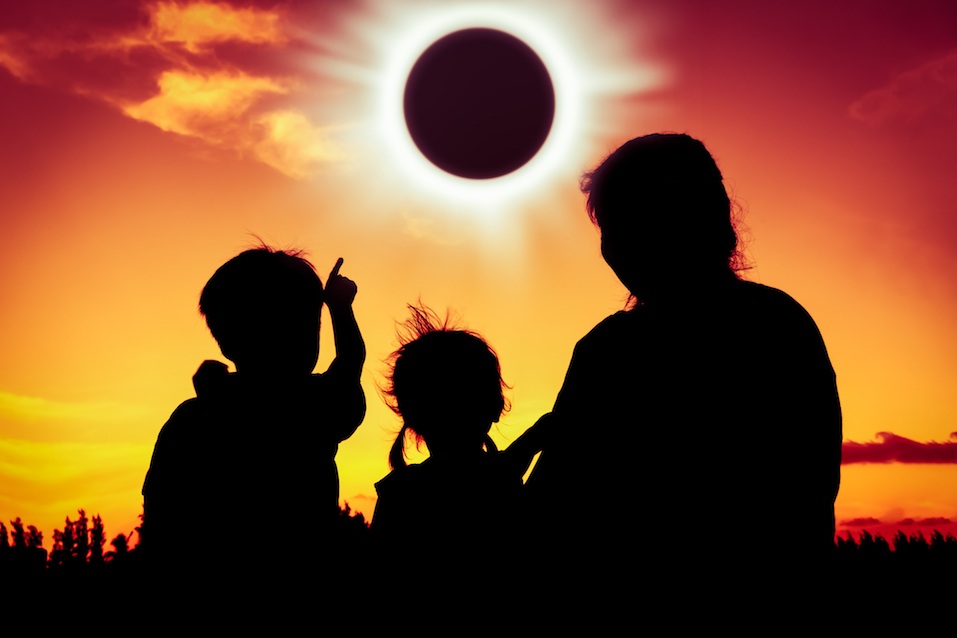 You can find out whether you’re in the path by looking on NASA’s website. | iStock.com/Kdshutterman

The viewing event will begin at Lincoln Beach, Oregon, at 9:05 a.m. PDT, with totality starting at 10:16 a.m. PDT. Over the next hour and a half, totality will move through Oregon, Idaho, Wyoming, Montana, Nebraska, Iowa, Kansas, Missouri, Illinois, Kentucky, Tennessee, Georgia, North Carolina, and South Carolina. It will end near Charleston, South Carolina, at 2:48 p.m. EDT.

4. What time will it hit my location? 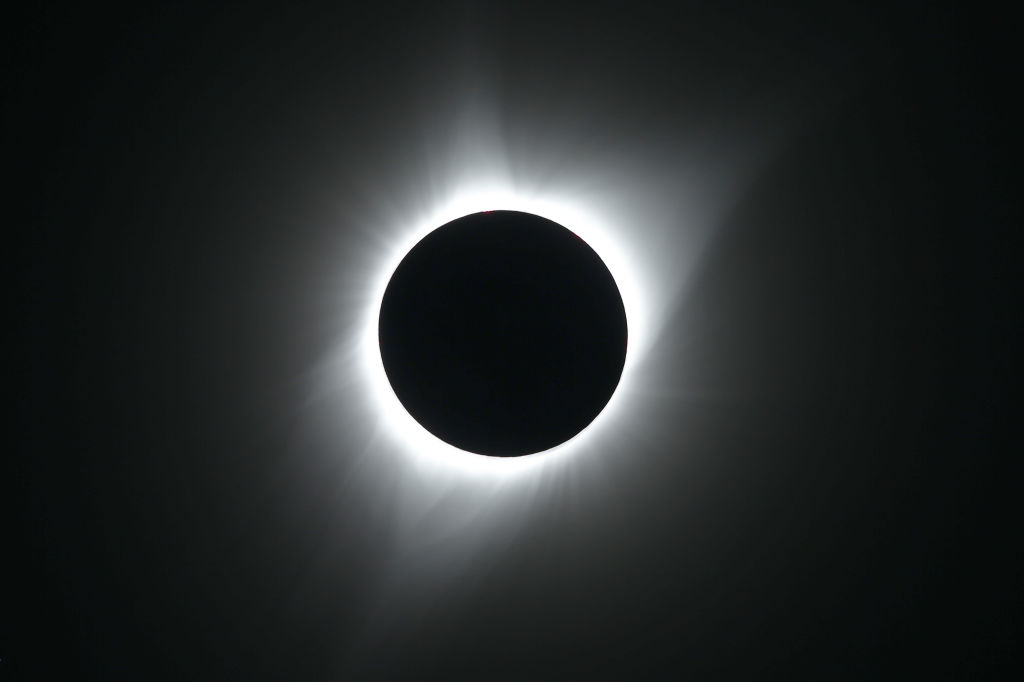 The solar eclipse will move across the country from Oregon to South Carolina. | iStock.com/Solarseven

If you’re in the path, NASA gives the following times for the start of totality in each respective location:

Now that you have an idea of when the eclipse will be passing over you, you can narrow it down to the minute using NASA’s interactive eclipse map.

5. What will I see if I’m not in the path of totality? 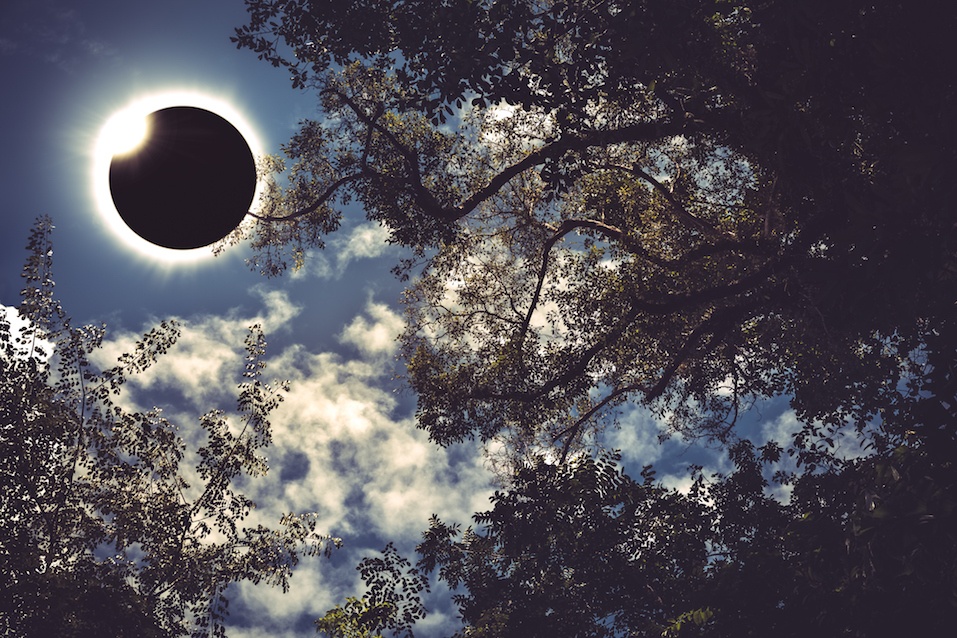 Even if you’re not in the path, you could still see a great showing. | iStock.com/Kdshutterman

Any location not lucky enough to fall within the path of totality will experience a partial eclipse. During this time, the moon will block only part of the sun. So, depending on your location, you could come close to seeing a large portion of the sun covered by the moon, or only a small slice of it. Either way, it will be a unique experience that is a rare sight to behold.

6. What do I need to know about staying safe during the eclipse? 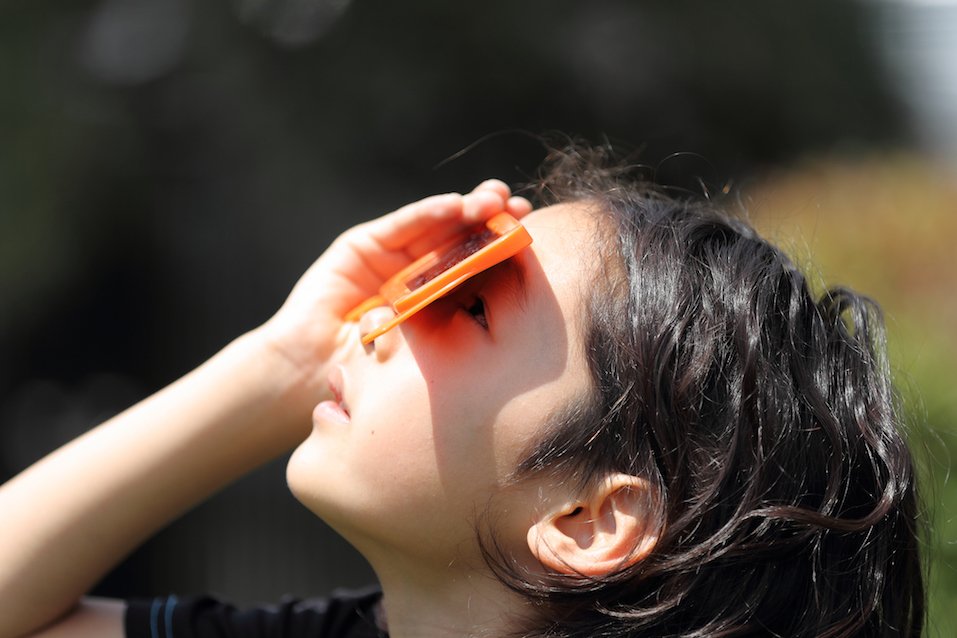 Special eclipse glasses are a must. | iStock.com/Warioman

Whether you’ll be in the path of totality or outside of it, you’ll need special eclipse glasses. Looking directly at the solar eclipse will cause damage to your eyes, so everyone needs to follow a few safety precautions. And don’t think your everyday shades will cut it, either; those transmit thousands of times more sunlight than is safe.

If you’re planning on being a spectator for the stunning solar event, you’ll need to get yourself a pair of glasses made with special-purpose solar filters (i.e., eclipse glasses). Additionally, NASA writes, “If you are within the path of totality, remove your solar filter only when the moon completely covers the sun’s bright face and it suddenly gets quite dark. Experience totality, then, as soon as the bright sun begins to reappear, replace your solar viewer to look at the remaining partial phases.”

7. Just how special is this solar eclipse?

This is an event you don’t want to miss. | iStock.com/Sdecoret

This is a rare event, which explains why everyone’s so excited about it. And rightfully so. “On Monday, Aug. 21, 2017, a total eclipse will cross the entire country, coast-to-coast, for the first time since 1918,” NASA writes. “Weather permitting, the entire continent will have the opportunity to view an eclipse as the moon passes in front of the sun, casting a shadow on Earth’s surface.” You really, really don’t want to miss this.