Hillary Clinton: 5 Things You Didn’t Know About Her

Because she’s spent the better part of two decades in the national spotlight, it’s pretty easy for even the most uninformed people to know something about Hillary Rodham Clinton. Whether it’s because of her stint as First Lady during Bill Clinton’s presidency, her time as Secretary of State under President Barack Obama, or as the current Democratic nominee, Hillary Clinton has had her share of the limelight. We know what she likes to drink, how much she’s worth, and which recipes will likely make their way into the White House if she’s elected.

We know a lot about Hillary Clinton’s policies — she has a public track record, after all. But there’s plenty of other information about the candidate that’s not as widespread. Take a look to find out some of the other aspects that make up Clinton’s life.

Pun fully intended. Clinton said that as a 13-year-old, she wrote to NASA asking about the requirements to become an astronaut. President Kennedy had just made his public commitment to go to the moon, and Clinton said she wanted in on the action.

“When I was about 13, I wrote to NASA and asked what I needed to do to try to be an astronaut. And of course, there weren’t any women astronauts, and NASA wrote me back and said there would not be any women astronauts. And I was just crestfallen,” Clinton recounted in a 2012 speech celebrating Amelia Earhart.

Some have doubted Clinton’s claims, especially since neither Clinton nor NASA can prove the correspondence. However, an investigation by The Washington Post shows that the story is indeed plausible — one woman sent her own rejection letter to Sally Ride after her successful trip to space, thanking Ride for breaking the gender barrier.

Still, Clinton maintains a sense of humor about the entire experience, especially since hindsight tells her she wouldn’t have made it anyway. “But then I realized I couldn’t see very well, and I wasn’t all that athletic, so probably — (laughter) — I wouldn’t be the first woman astronaut anyway,” Clinton joked.

In 2014, Clinton told a group at the National Automobile Dealers Association that she hadn’t been behind the wheel since 1996. “The last time I actually drove a car myself was 1996,” Clinton said in the video above, choosing this as another moment for a joke. “I remember it very well. Unfortunately, so does the Secret Service, which is why I haven’t driven since then.”

Clinton has said it’s one of the regrets of her public life that she can’t take a joyride on her own anymore, but at least she’s used to the treatment if she does find herself in the Oval Office after the election. According to The Washington Post, former presidents and first ladies have Secret Service protection for life following their term in office — meaning an agent is behind the wheel of a dark SUV in most cases.

3. Her marriage to Bill was a small-time ceremony 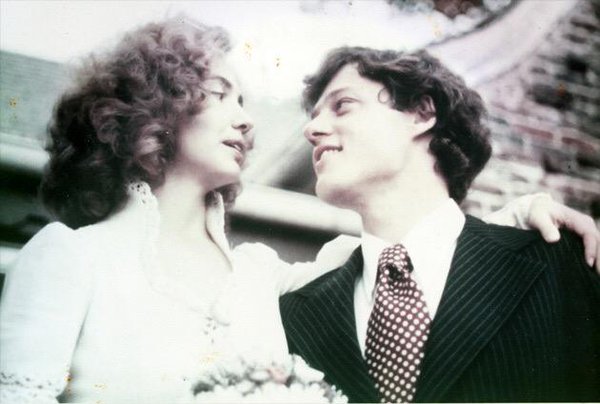 Unlike the expensive weddings many people have today, Hillary and Bill’s ceremony was held in their living room in 1975 — just a week after Hillary said “yes” to Bill’s proposal. Even when they met in the Yale library during her time in law school, Hillary took initiative. “If you’re going to keep looking at me, and I’m going to keep looking back, we might as well be introduced. I’m Hillary Rodham,” Clinton remembers saying.

In her book Hard Choices, Clinton recalls other details from her wedding. “When Bill and I got married in 1975, the ceremony took place in front of a few friends and family in the living room of our little house in Fayetteville, Arkansas. I wore a lace-and-muslin Victorian dress I had found shopping with my mother the night before,” she said, contrasting it with the much larger event they hosted for their daughter Chelsea’s marriage.

Though the Clintons’ marriage has been a source of media fodder for decades, Hillary speaks fondly of her relationship with her husband. Asked one time how she would describe love, Clinton answered, “How does anybody describe love? I mean, poets have spent millennia writing about love … It is such a personal relationship. I’m very lucky because my husband is my best friend, and he and I have been together for a very long time, longer than most of you have been alive.”

4. Reports of Clinton talking with the dead are largely overrated

In 1996, journalist Bob Woodward (one of the reporters who broke the Watergate story) wrote in his book The Choice that Hillary Clinton held “seances” with long-dead figures like Eleanor Roosevelt and Mahatma Ghandi. Those sessions, Woodward wrote, were facilitated by New Age expert Jean Houston at the White House. “Most people in the White House did not know about Hillary’s sessions with Houston. … To some of the few who did, the meetings could trigger politically damaging comparisons to Nancy Reagan’s use of astrology,” Woodward added in his book.

Clinton has admitted to trying to imagine what her role model, Eleanor Roosevelt, would do in certain situations. “I occasionally have imaginary conversations with Mrs. Roosevelt to try to figure out what she would do in my shoes. She usually responds by telling me to buck up or at least to grow skin as thick as a rhinoceros,” Clinton wrote in a newspaper column in 1996. But none of those imaginings come in the form of seances or anything of the sort, both the White House and Houston said at the time. Instead, what Woodward reports came from “brainstorming” attempts to help Clinton work through roadblocks while writing It Takes a Village, Houston said.

“We were using an imaginative exercise to force her ideas, to think about how Eleanor would have responded to a particular problem,” Houston told The New York Times. “I have never been to a seance.”

5. Clinton is a Grammy winner 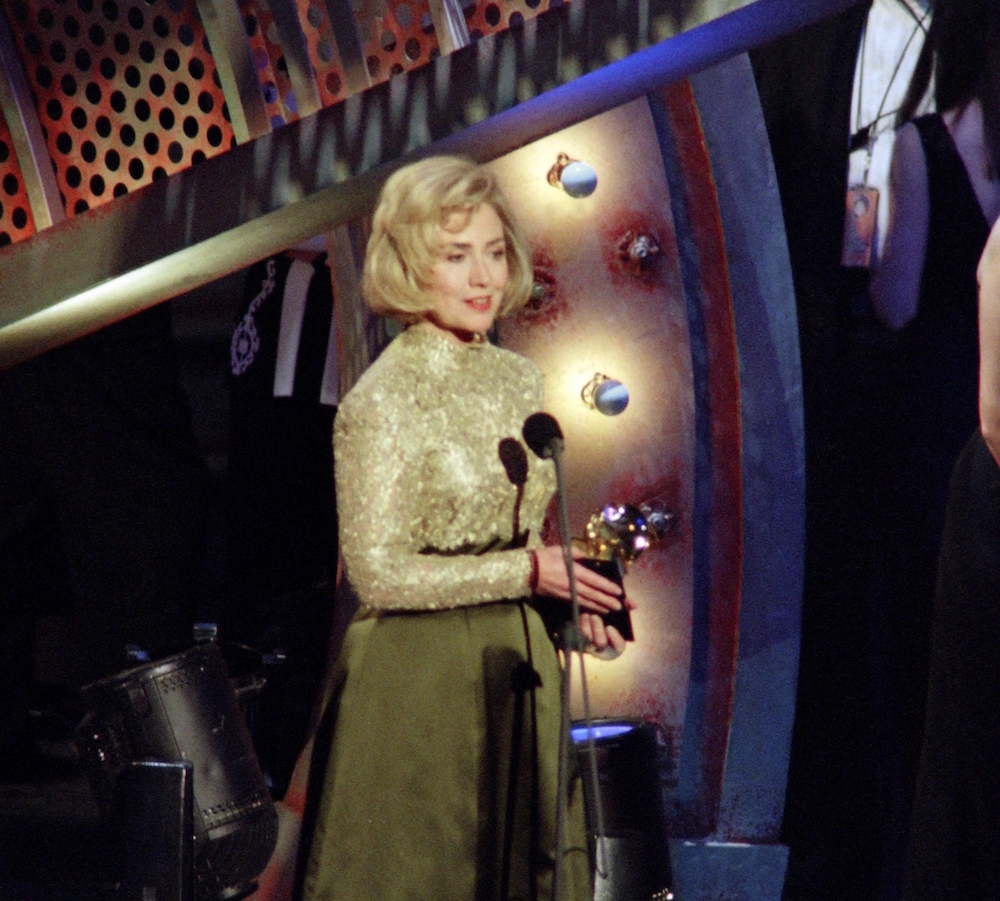 In 1996 during her first term as First Lady, Clinton published It Takes a Village, the aforementioned book about raising children around the world. “Beyond assembling the local support team it takes to raise a child well, we need to come together globally to create conditions that provide all children everywhere hope and opportunity,” Clinton wrote in an updated introduction.

In 1997, Clinton won a Grammy for Best Spoken Word Album for the audio version of that book.

According to The Huffington Post, Clinton won’t be the first Grammy winner to live in the White House if she’s elected. Barack Obama has won two Grammys for Best Spoken Word or Non-Musical Album, as has Jimmy Carter and Bill Clinton, who won for the audio version of his own book, My Life.