The royal couple has tied the knot. On May 19, 2018, Meghan Markle became Prince Harry’s wife. The newly titled duke and duchess had a magnificent ceremony at St George’s Chapel in Windsor Castle, followed by a wedding lunch and an evening reception at Frogmore House, within in the grounds of Windsor Castle, Berkshire. Find out what culinary delights awaited the newly married couple — and try not to drool.

According to People, the queen hosted quite the wedding lunch for the new duke and duchess. Here is the menu:

Next: A break from tradition

The couple broke from tradition and served “bowl food.” | iStock

The modern couple chose to serve a selection of “bowl food,” which consists of canapés served in miniature bowls, according to People. Here are the bowl foods the couple had at the lunch: 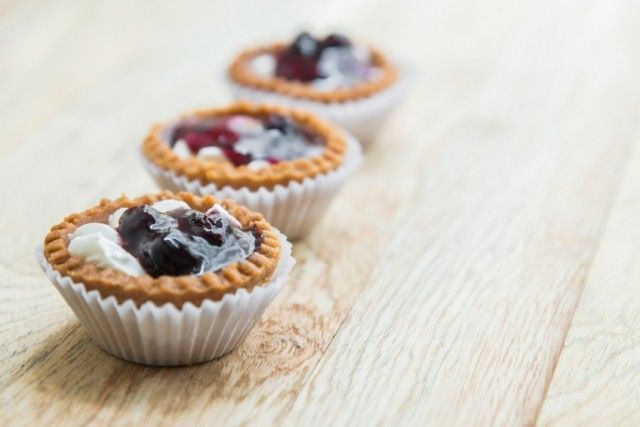 Next: A sizable reception

Next: Drinks on offer

5. Here’s what they drank at the lunch

Royal chef Mark Flanagan and his team of 25 chefs prepared around 7,500 items of food for the royal wedding, but what did people drink? According to the Sunday Express, guests were served Pol Roger Brut Reserve non-vintage Champagne, a number of different  wines and a range of soft drinks.For those who didn’t want alcohol, there an apple and elderflower mocktail available, made with the same elderflower syrup in the couple’s wedding cake, and Sandringham Cox’s apple juice.

Next: A surprise at the lunch

According to Bazaar, guests got a real treat at the luncheon when Elton John entertained. Rumor has it that Harry introduced John with a joke: “Does anyone here know how to play the piano?” John played “Circle of Life,” and singles “Your Song” and “I’m Still Standing.” A long-time attendee of royal weddings, John also sang “Candle in the Wind” as a tribute at Princess Diana’s funeral.

Next: The grand finale Fruitcake was not to the couple’s taste.| Kensington Royal via Instagram

In another break from tradition, the royal couple decided against serving fruitcake at their wedding, opting instead for a lemon cake drizzled with elderflower syrup and topped with fresh lemon curd. Claire Ptak, owner or London-based bakery Violet Cakes, wasted to make a cake that “incorporates the bright flavors of spring.” According to People, the cake is covered with a Swiss meringue buttercream and decorated with 150 fresh flowers, including roses and peonies. In addition, the couple chose to serve three, different-size cakes instead of the traditional tiered version.