How a Modern Man Can Fly Like a Gentleman 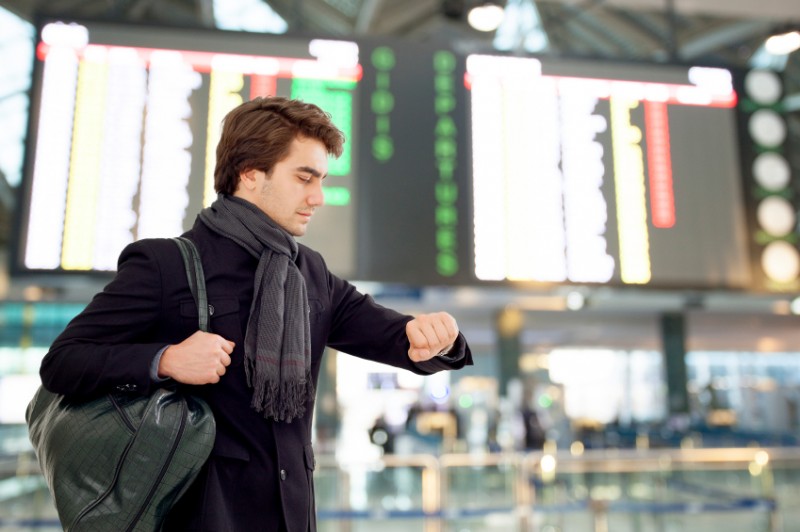 I recently wrote a guide with some advice for how to dress when you’re flying. It’s always important to show up clean and dressed appropriately no matter where you’re going, but I say it’s especially important when you’re about to spend a couple hours jammed into a flying Charter bus with a couple hundred strangers, a few of their pets, and at least one or two crying children.

If you’re going to put yourself through the ordeal of flying somewhere, though, instead of simply suffering through it, I highly recommend you make the effort to do it in style. You probably won’t be able to get the full 1950s Don Draper airline experience, but at the very least, you can enjoy yourself. Especially if you don’t fly a lot, trust me when I tell you it’s worth it.

One of the most important things to remember is that your experience begins long before you ever arrive at the terminal. It actually begins when you book your flight. If you’re on a tight budget, you can save money on flights by booking with Southwest, but odds are, you’ll end up in a middle seat at the back of the plane. You’ll still get where you want to go, but if you’re not strapped for cash, I highly recommend buying your ticket from an airline that lets you choose your seat.

Personally, I’m partial to the aisle seat, but I understand the appeal of the window seat. You’re spending your own hard-earned money on this flight, though, so make sure you don’t get a middle seat. First class is obviously great for those who can afford it, but what I recommend for most people is paying a little extra to get an upgraded seat.

It varies depending on the airline, but on Delta it’s called Comfort+, and for surprisingly little money, you get more room, better snacks, free drinks, and a seat right behind first class. Free drinks and upgraded snacks are always awesome, but never underestimate the value of being able to deplane in a timely manner. For my upcoming flight to Atlanta, the ticket was right around $300, and upgrading the seat was $39.

In the grand scheme of things, that’s totally worth it.

As mentioned in my previous article, you want to make sure you’re clean and put together for your flight. It shows respect to your fellow passengers, it makes you feel better, and you’ll probably be treated better. Plus, it’s the classy thing to do, and you’re a classy guy. 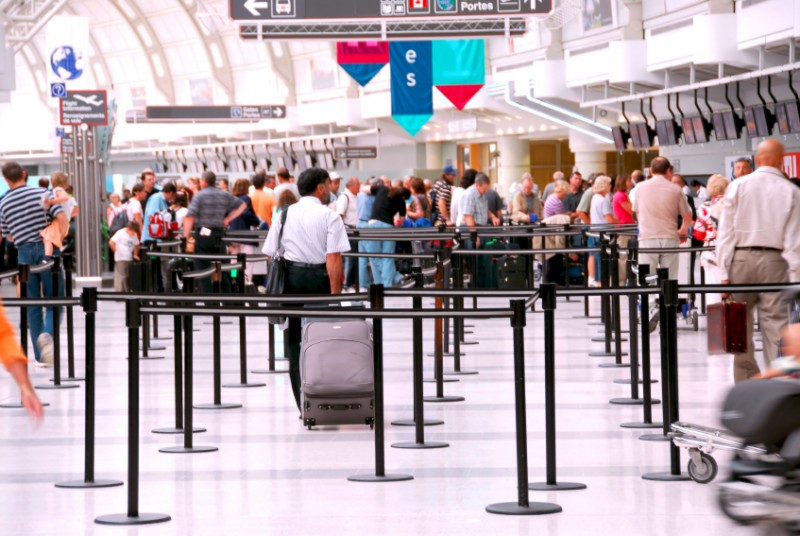 You want to get to the airport early enough to make it through security, but there’s no need to show up three hours early for a domestic flight. Just get there in time to make it through security and to your gate without having to run. I’m not going to pretend I’ve never had to run to catch a flight, but that doesn’t mean it was classy. Gentlemen don’t have to hurry.

Once you’re at the airport, your main goal is not to be a nuisance. Don’t hold up the security line chasing down pocket change that fell out of your pocket or try to sneak bottled water through. Don’t try to carry four bags onto the plane to avoid paying a checked bag fee. Don’t start long conversations with people who don’t want to talk to you.

In general, be professional, prepared, and respectful.

Once you’re on the plane, the same rules apply. Be friendly and polite to the flight attendants, never get out of your seat while they’re doing food and drink service, don’t fall asleep on the shoulder of anybody you don’t know, and you’ll be fine. After all, it’s hard to look like a gentleman when you’re slumped over and drooling.

When the drink cart comes by, take advantage of the fact that your seat upgrade comes with free drinks. I recommend a double Woodford Reserve, but that’s just me. There are few activities more relaxing than enjoying a glass of bourbon, and when you’re cruising through the air, it’s nice to be able to relax.

Just don’t overdo it. The last place you want to get sloppy drunk is on a plane. That’s a recipe for a disaster right there.

The in-flight magazine won’t keep you entertained for long, so if you’re smart, you’ll be prepared and bring a book, a magazine, or a newspaper with you. Internet on planes is expensive, slow, and not worth it on short flights, but if your flight’s longer than three hours, I say go for it. You can only watch so many episodes of the same crime drama before that flight from New York City to Los Angeles feels like it’s starting to kill you. In situations like that, being able to browse the Internet will feel like a life saver.

When you finally land, the value of upgrading your seat will finally become apparent. Instead of waiting 30 minutes or more for everyone in front of you to exit the plane as slowly as humanly possible, you’ll actually be able to get out of there in a timely fashion. Wait your turn, definitely don’t shove anyone out of the way to get to your carry-on, and in a few minutes, you’ll be off the plane and ready to enjoy your destination like the classy gentleman that you are.