How Has Halloween Candy Changed Over the Years?

It’s one of the biggest mainstays of the fall. If there are pumpkins and multi-colored leaf decorations on store shelves, there will also be big bags of bite-sized candy bars.

Trick-or-treat candy is synonymous with the season. But the sweets game has changed a bit over the years. Here’s a look at how Halloween candy has evolved.

The big name bars have a bigger presence

This really isn’t any great surprise either. But you’ve probably noticed there are more mini Reese’s pieces in your kid’s candy bag than there are candy corns or other seasonal treats from Brach’s.

This is in part because there is a much bigger variety of candy to choose from nowadays than the candy corn, which has roots dating back to the 1880s. And really, candy corn has long been a heavily-debated sweet. (Is it really good, or are people better off just eating a spoonful of plain sugar?)

You also aren’t as likely to see the jumbo packs of more generic candies on the shelves with the likes of Nestle chocolates or Jolly Ranchers. Which brings up an interesting point …

That’s right. According to Moneyish, some of the biggest companies are actually shrinking the sizes of their candy packaging in an effort to cut down on the country’s sugar consumption. This has made “fun size” candy bars and smaller packages of Starburst a much more popular commodaty. 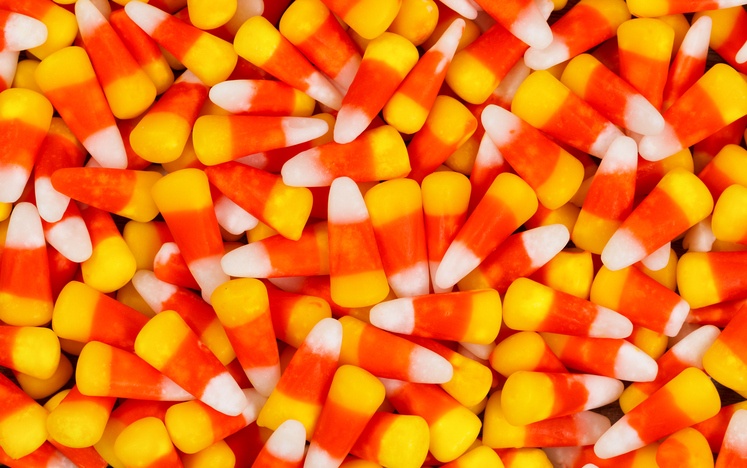 No surprise here: The cost of candy has skyrocketed

Like with most other things in this country, the price of candy has also become more expensive. The Tech Times said in a 2014 article that “the price of Milky Way, Snickers and 3 Musketeers bars were 59 cents a pound” according to a 1964 advertisement, compared to being upwards of “$4.53 today.”

But despite the growing cost, Americans still buy in bulk every year in preparation for the festivities on October 31st. As Forbes pointed out in 2017, consumers were expected to spend $9.1 million on Halloween candy last year, which was up from $8.4 million the year before. It’s anyone’s guess what frightful amount of money the country spent on candy this year.