These Are the Dirtiest Fruits and Vegetables You Can Buy at the Grocery Store, and How You Should Clean Them

Do you really need to clean grocery store fruits and veggies? The short answer is yes. However, while most cleaning methods remove dirt and debris easily, they don’t take care of the pesticide residues lingering on the surface of some of the most common types of produce.

According to the Environmental Working Group (EWG)’s Dirty Dozen list, when it comes to removing pesticides from produce, there are a handful of fruits and veggies to be cautious of. And while the EWG’s list is a good starting point, there are far more than 12 fruits and vegetables ridden with pesticide residue.

How to clean fruits and vegetables to remove pesticides 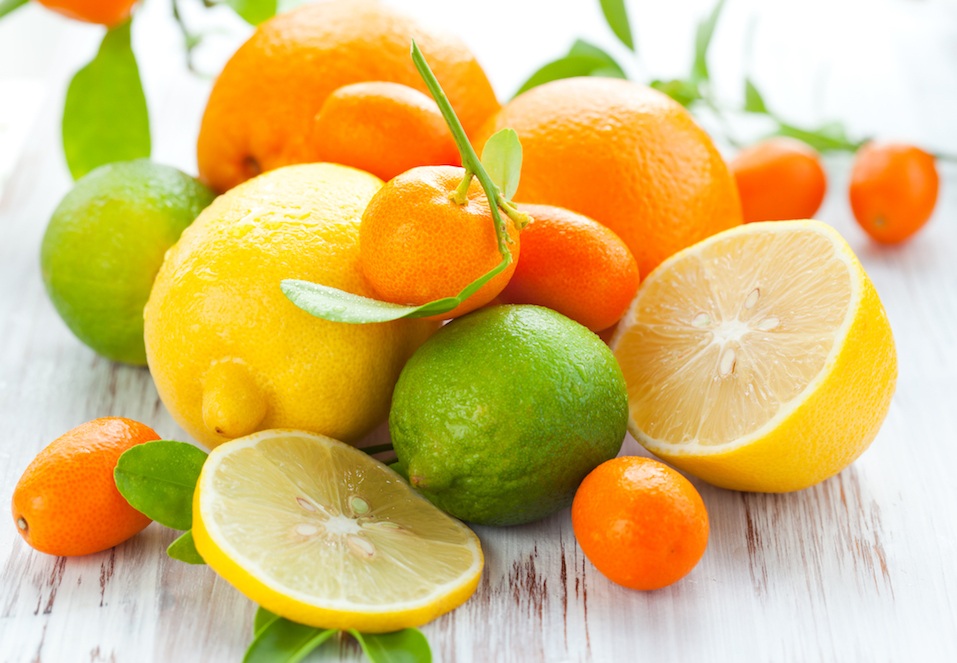 Spending money on produce is also an investment in your health. | Sarsmis/Getty Images

To effectively clean fruits and vegetables, simply add one ounce of baking soda to 100 ounce of water and soak your fruits and veggies for around 15 minutes.

Next: You should always buy these fruits and vegetables organic. 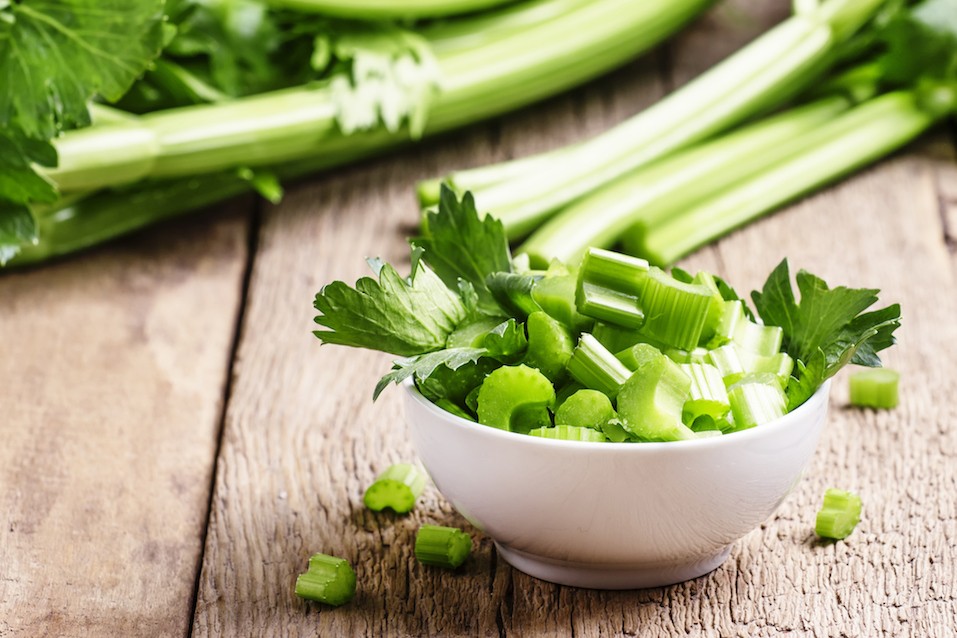 While celery can often appear ridden with more obvious filth — e.g. dirt residue — the dirtiest thing about celery is actually invisible. According to What’s On My Food, the common snack item has 64 pesticide residues, including 10 carcinogens, 27 hormone disruptors, 12 neurotoxins, and 12 developmental and reproductive toxins.

Next: Pesticide residue is prominent on this popular salad topping. 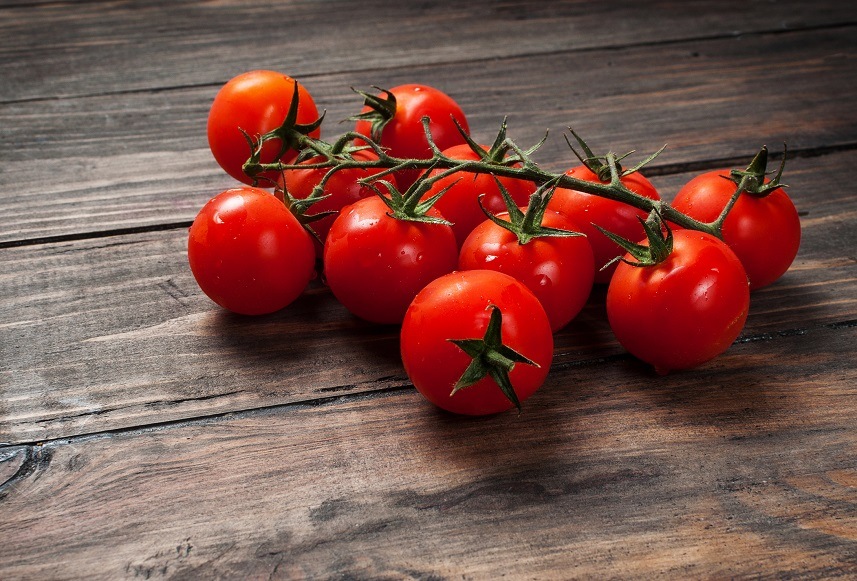 10th place on the EWG’s Dirty Dozen list, tomatoes are often ridden with pesticides. According to What’s On My Food, the salad topping has 35 pesticide residues, 12 of which are suspected hormone disruptors.

Next: Be extra careful when buying this kid favorite. 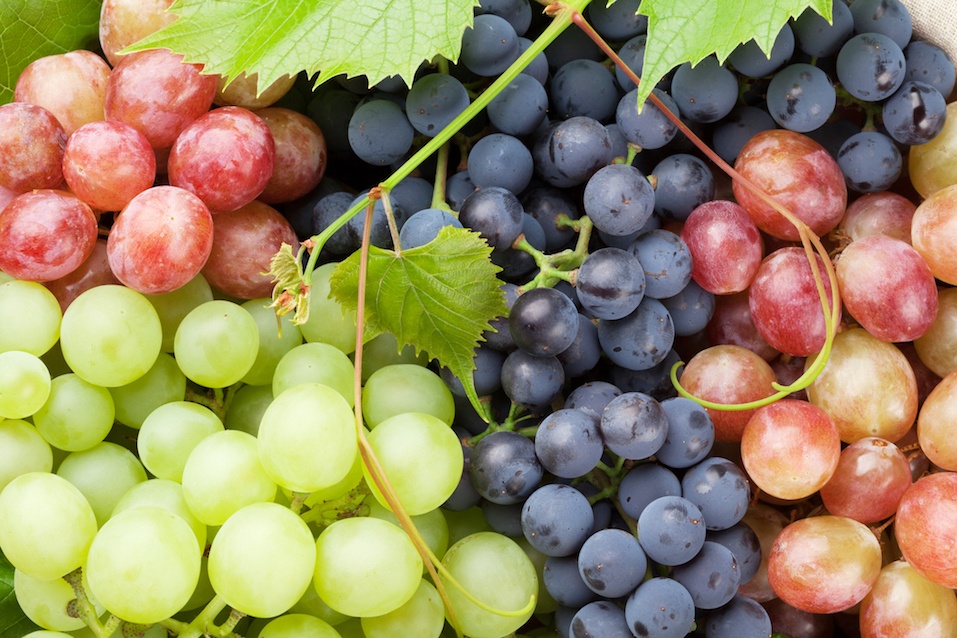 Think twice before you taste test a grape at the grocery store. As the 8th dirtiest produce, grapes have over 55 pesticide residues, including 17 hormone disruptors and 10 neurotoxins.

Next: Growing underground isn’t what makes this dinner staple filthy. 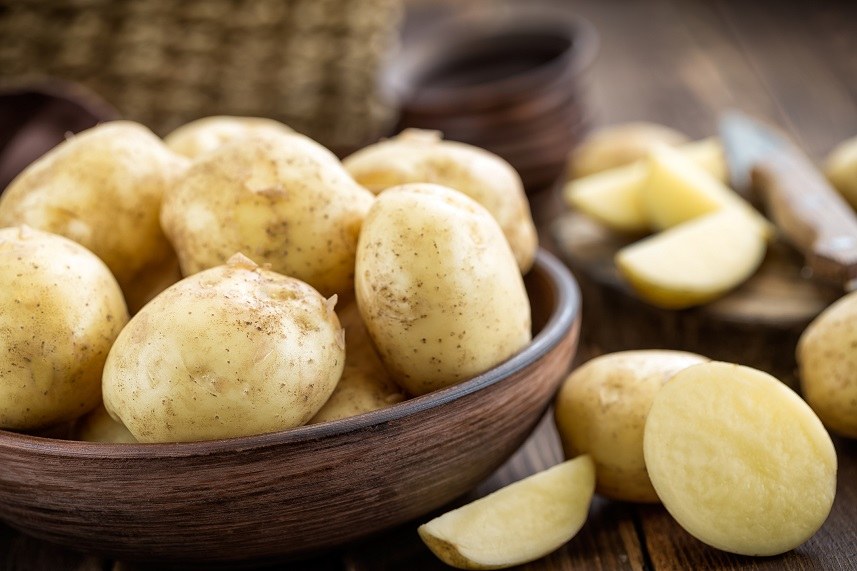 Make sure you scrub these. | YelenaYemchuk/iStock/Getty Images

Cleaning the dirt off of potatoes can be a tedious task, but that’s the least of your worries. Ridden with six carcinogens, 12 suspected hormone disruptors, seven neurotoxins, and six developmental and reproductive toxins, the dinner staple holds the number 12 spot on the EWG’s Dirty Dozen list.

Next: This common produce is surprisingly high on the EWG’s list. 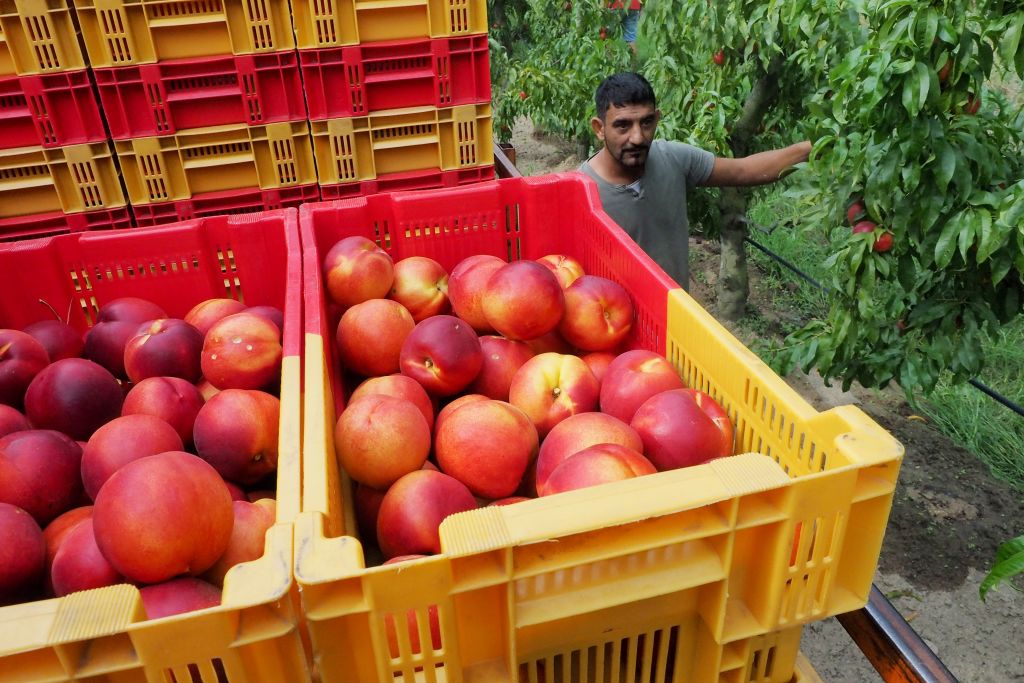 Watch out for this stone fruit. | Raymond Roig/AFP/Getty Images

Grapes and tomatoes aren’t the only fruits with an obscene amount of pesticide residue. As it turns out, nectarines are third on the EWG’s list with 33 pesticide residues made up of carcinogens, hormone disruptors, and neurotoxins.

Next: This common green is number two on the Dirty Dozen list. 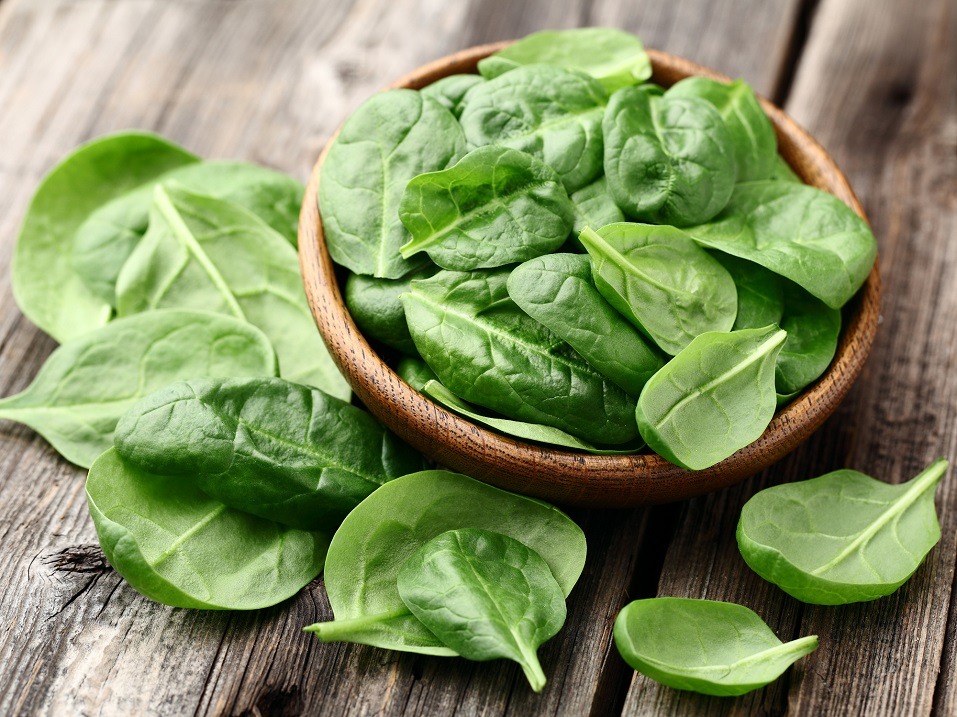 Make sure you buy the right greens. | iStock.com/dionisvero

Spinach may be one of the most versatile foods out there, but according to the EWG, it’s the dirtiest vegetable at the grocery store. Coated in 54 pesticide residues, the common ingredient has traces of carcinogens, hormone disruptors, neurotoxins, developmental toxins, reproductive toxins, and honeybee toxins.

Next: The dirtiest fruit at the grocery store is also the most common. 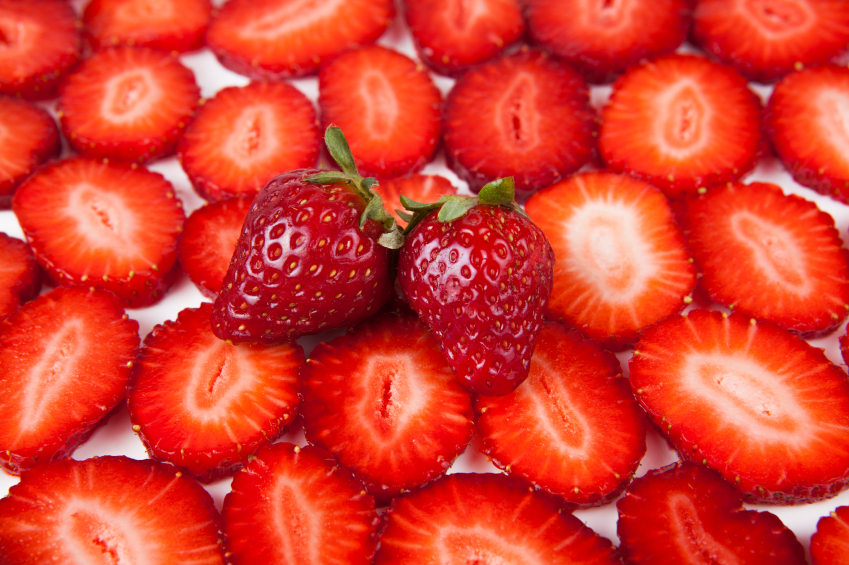 Trust us, you’ll want to go organic for these. | iStock/Getty Images

First place isn’t always best. Case in point: Strawberries are ranked no. 1 on the EWG’s Dirty Dozen list. According to CBS, the EWG found that 98% of all non-organic strawberries tested by the FDA for pesticides came back with a shocking amount of pesticide residue.

While they are more expensive, buying organic strawberries can significantly reduce the amount of pesticides exposed to your body. That said, organic isn’t always an option. To avoid adding more pesticides to your body, soak your strawberries in the baking soda and water solution on page one. 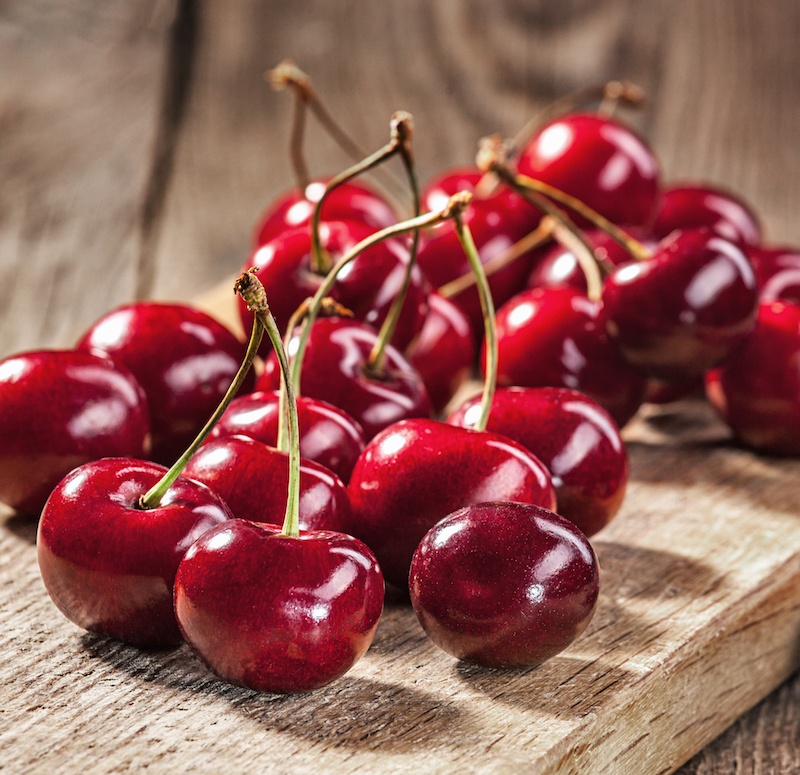 At least give them a thorough rinse before eating. | Timmary/Getty Images

Another type of produce considered dirty? Cherries. With over 40 pesticide residues found on cherries — including 20 hormone disruptors — cherries rank at number seven on the EWG’s list.

Next: You may want to rethink dipping this healthy snack into your hummus. 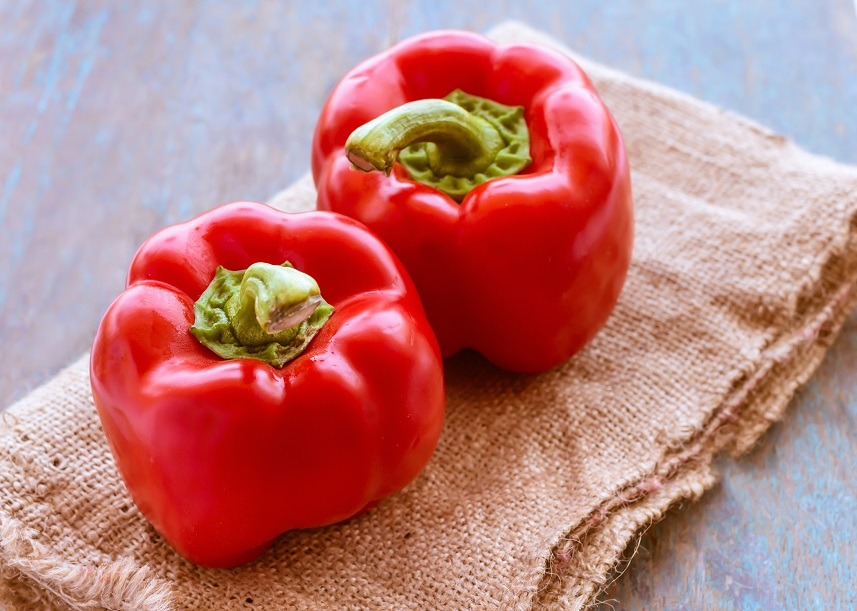 Next: Think twice before biting into this popular fruit before washing. 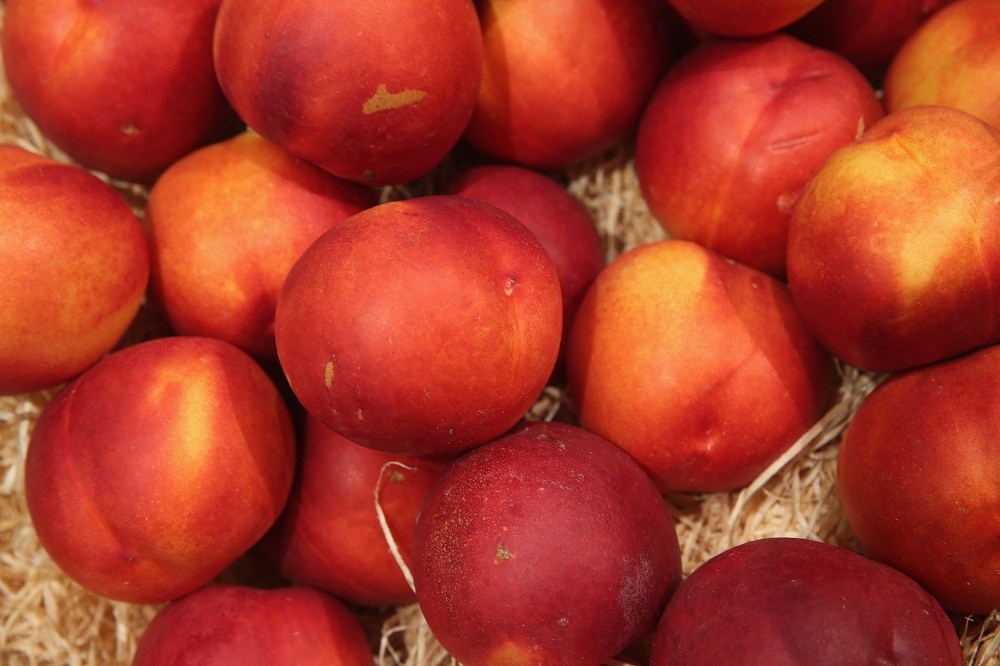 Another fruit you should buy organic (and cleanse before taking a bite)? Peaches. At number five on the EWG’s list, peaches boast a high amount of pesticide residue. Including, eight carcinogens, 24 hormone disruptors, 12 neurotoxins, nine developmental and reproductive toxins, and a whopping 20 honeybee toxins.

Next: This fruit was ranked no. 1 on the dirty dozen list for five years. 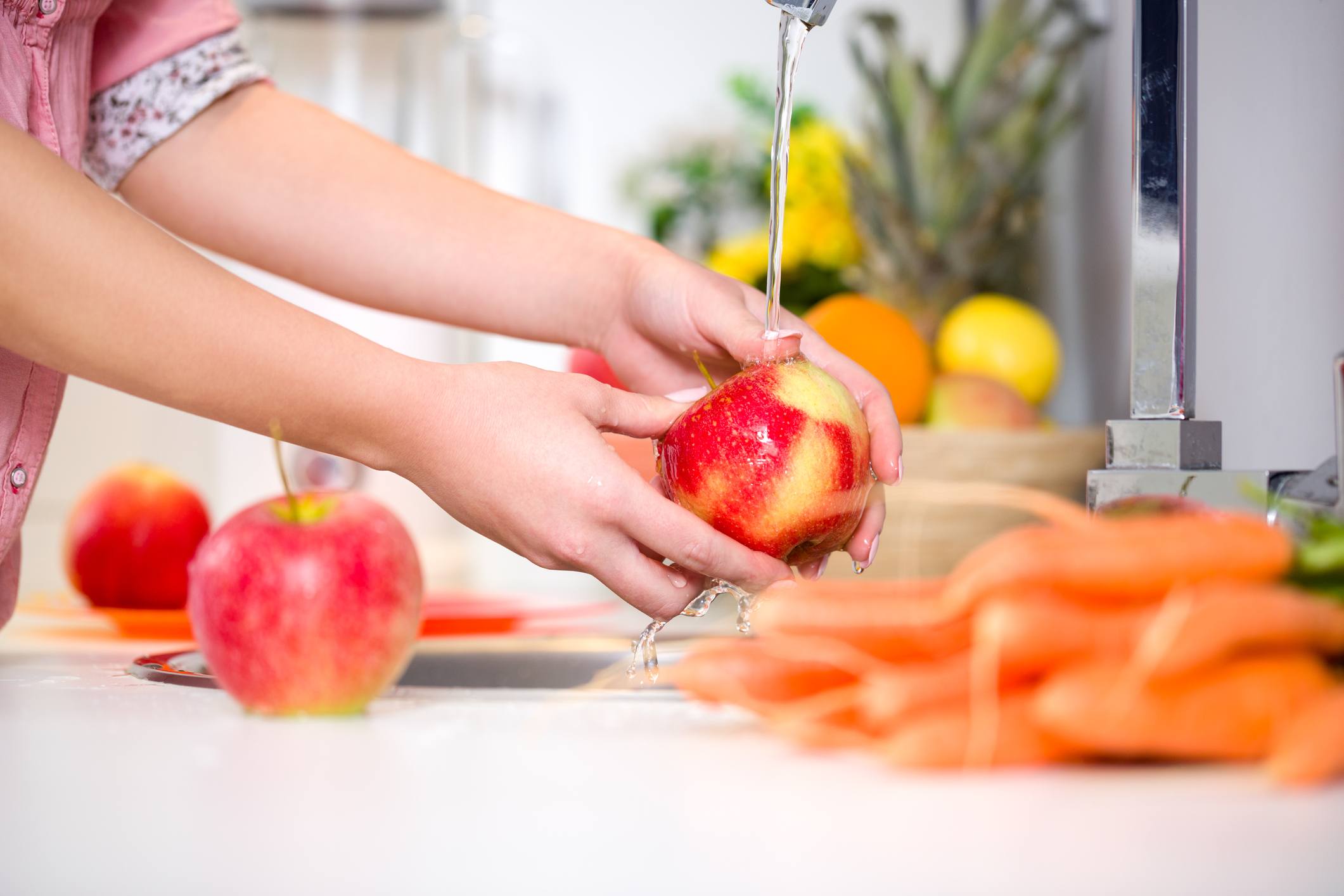 Believe it, or not, apples once sat at the no. 1 spot for five years. Recently surpassed by strawberries, spinach, and nectarines, apples have traces of 47 pesticide residues that range from hormone disruptors to known carcinogens.

Next: These are dirtier than carrots. 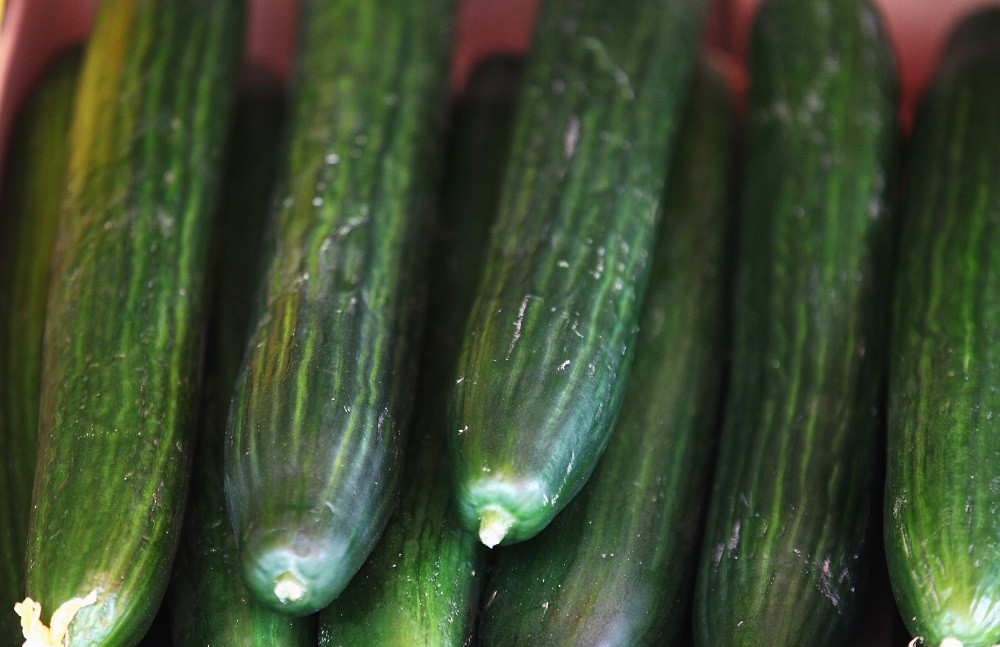 These could have up to 86 pesticide residues on them. | Joern Pollex/Getty Images

While you may spend time scrubbing your carrots clean, they’re not the produce you should be concerned about. In fact, one of the dirtiest types of produce found at the grocery stores appears much cleaner than it actually is. According to What’s On My Food, non-organic cucumbers have 86 pesticide residues, including over 30 suspected hormone disruptors.

Next: This is one of the healthiest, yet dirtiest superfoods available. 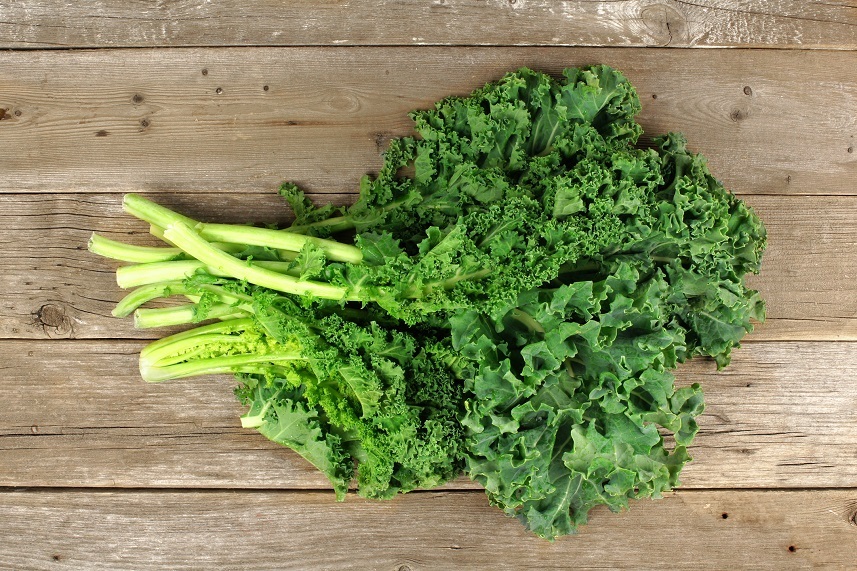 While kale is considered one of the best superfoods available (not to mention: cheapest), it’s also one of the dirtiest. If possible, buy organic stocks of kale and always give the leafs a thorough rinse.

Next: You’d never expect these tiny berries to be ridden with pesticides. 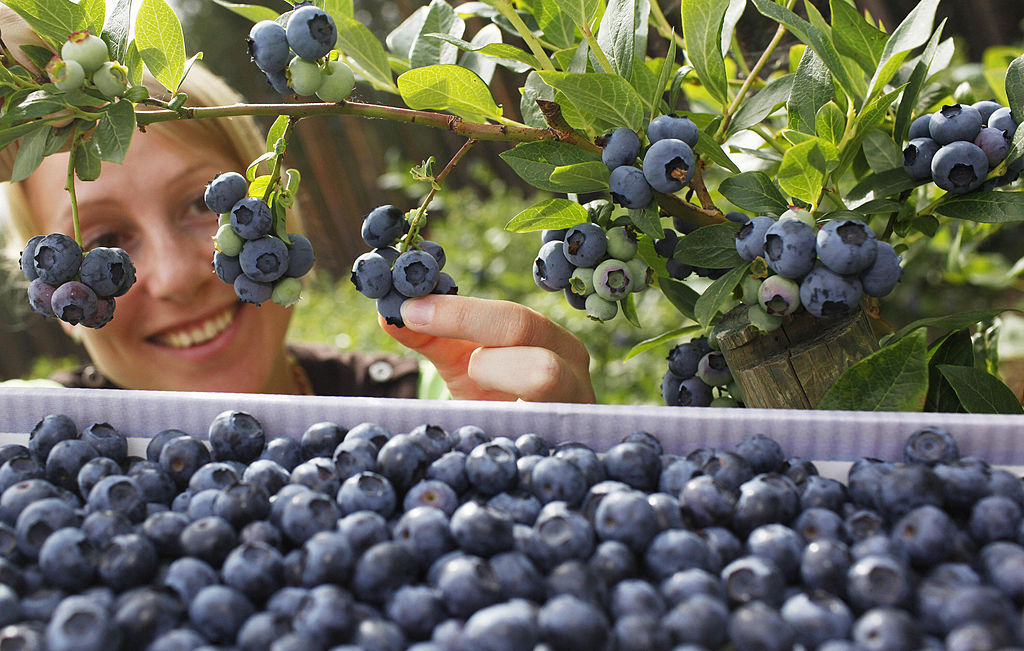 These aren’t the worst, but organic is definitely better. |  Michale Urban/AFP/Getty Images

Another surprising berry on the EWG’s list? Blueberries. While they’re not in the Dirty Dozen, they are on the EWG’s full list of dirty fruits and vegetables. And, get this: The antioxidant-rich berries are ranked 20 out of 48.