These Photos Show How Much Damage Hurricanes Leave Behind

Blizzards, tornados, and floods are terrible natural disasters, but hurricane damage is far worse. After all, the 10 costliest hurricanes in U.S. history did more than $652 billion worth of damage. Between the strong winds, heavy rain, flooding, and health issues after the fact, hurricanes are dangerous and scary when they arrive and they leave behind plenty of devastating damage. Let’s take a look at some hurricane damage left by storms that hit in and around the United States over the years (as well as show the silver lining that comes after a hurricane passes at No. 7 on the list). 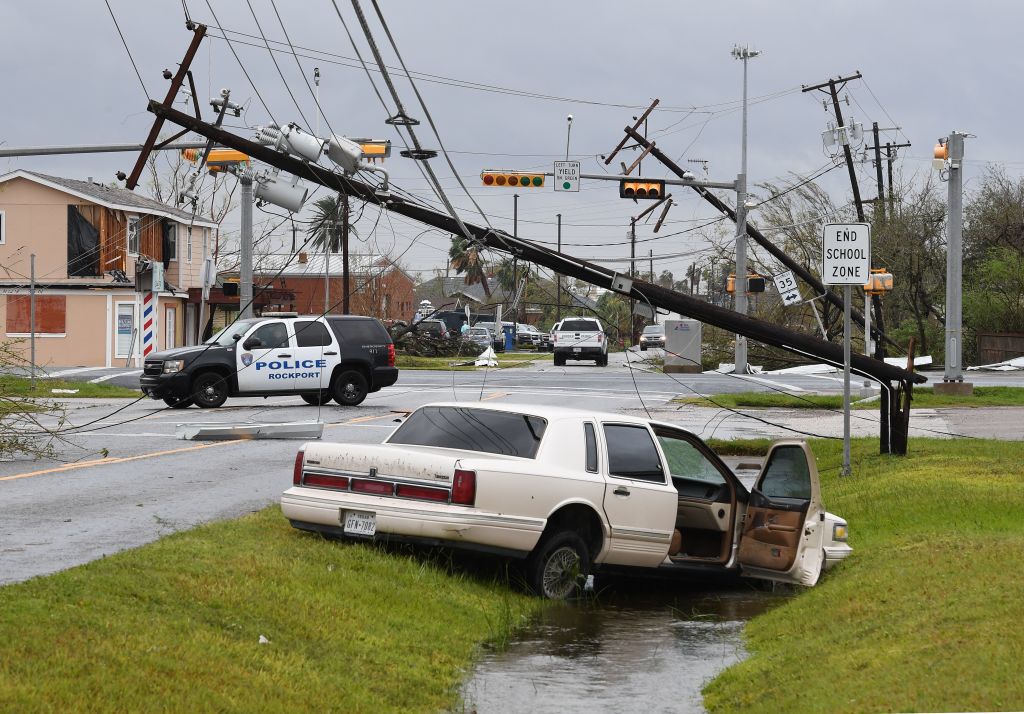 When you see some of the numbers concerning Harvey’s 2017 landfall, it’s easy to see how the damage was so significant.

Next: Damage where it wasn’t expected.

2. Harvey hits outside the floodplain 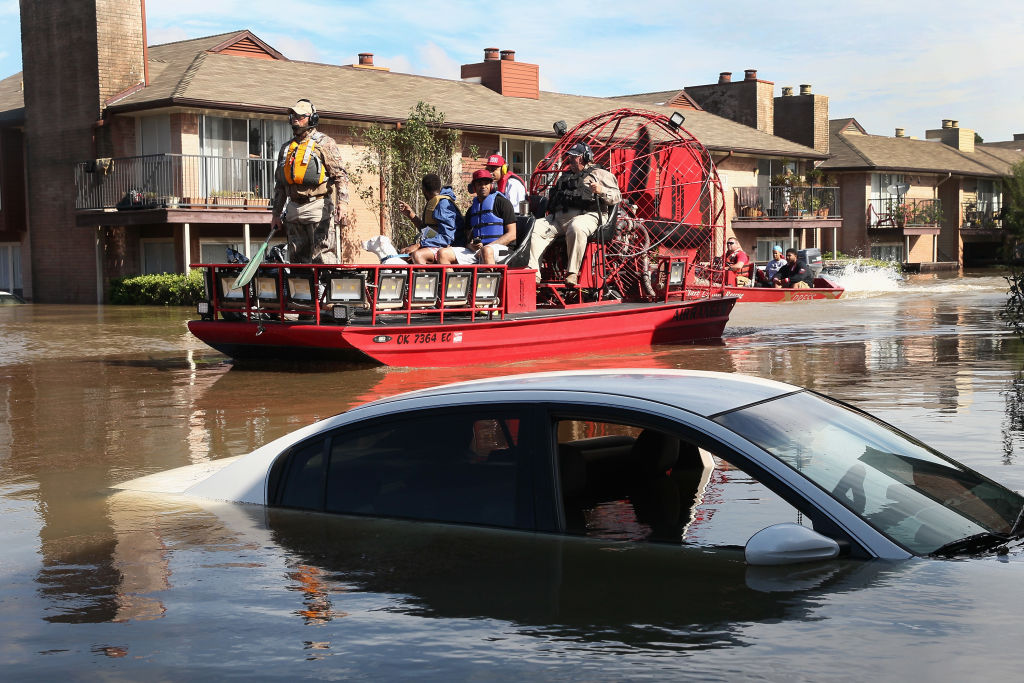 It was bad enough that Hurricane Harvey hit Houston, one of America’s biggest cities, but it got worse. Roughly 200,000 homes sustained damage, and three-quarters of them were outside the 100-year floodplain, according to The Balance. Nearly 750,000 people registered for FEMA relief.

Next: A storm that destroyed a quarter of all homes in one area. 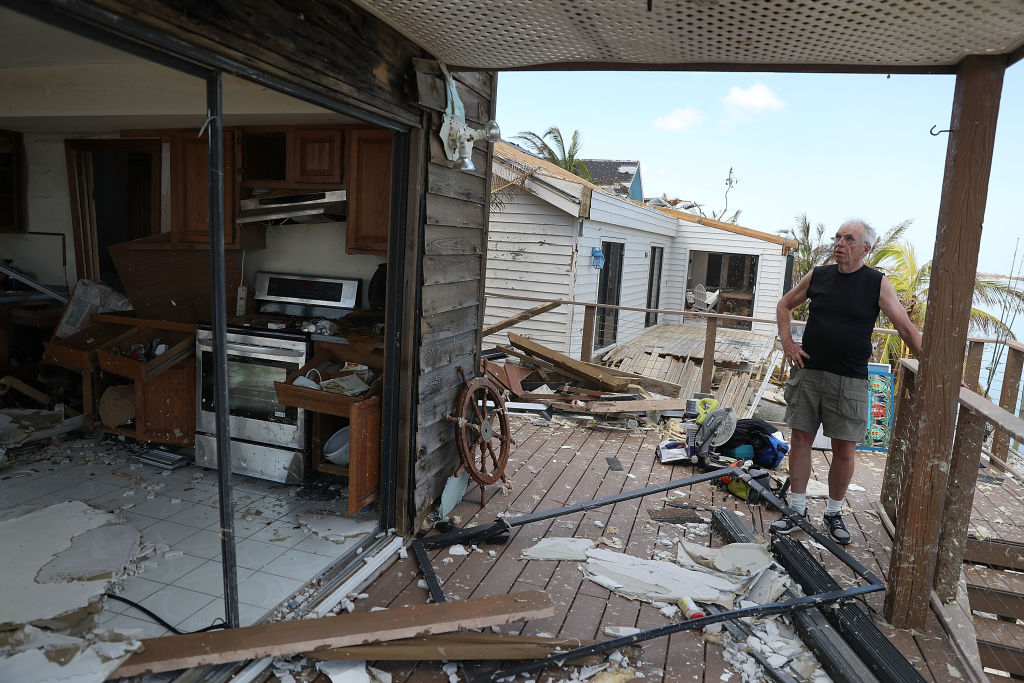 Irma hit the Florida Keys before it moved on to the mainland, and completely altered the landscape. The Federal Emergency Management Agency reported that 25% of all homes in the Keys were destroyed and 65% sustained major damage.

4. Irma is just a sign of storms to come 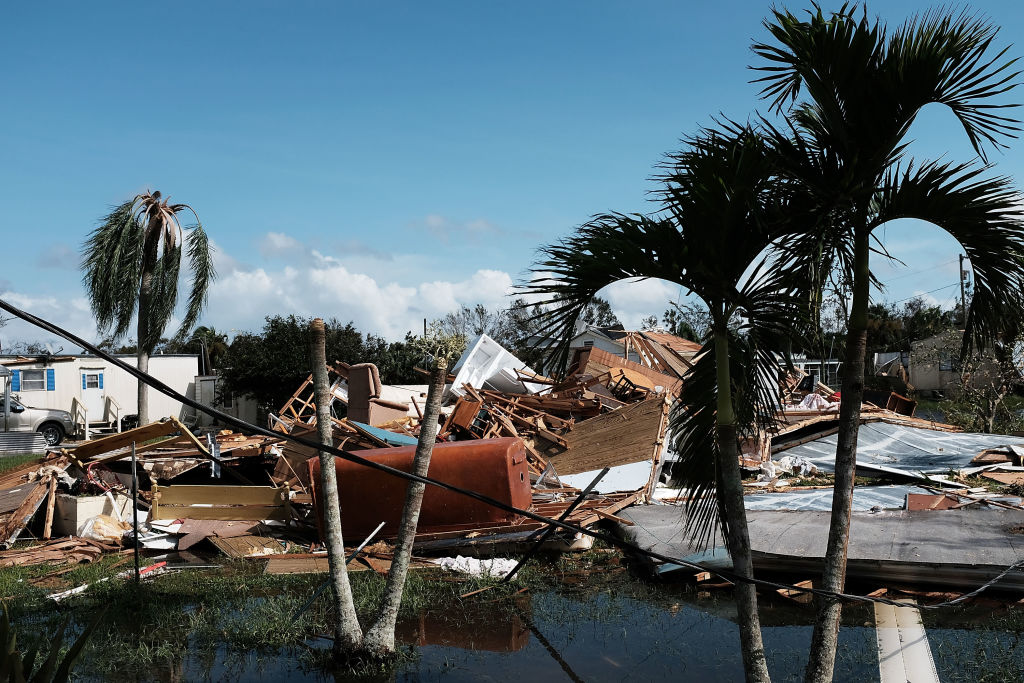 Hurricane Irma slammed mainland Florida and the Keys as a Category 5 storm. Most of the most powerful hurricanes of since 2000 are Category 3 and above, which is probably the new normal, according to scientists who study Atlantic storms.

Next: Puerto Rico pounded by the powerful Maria. 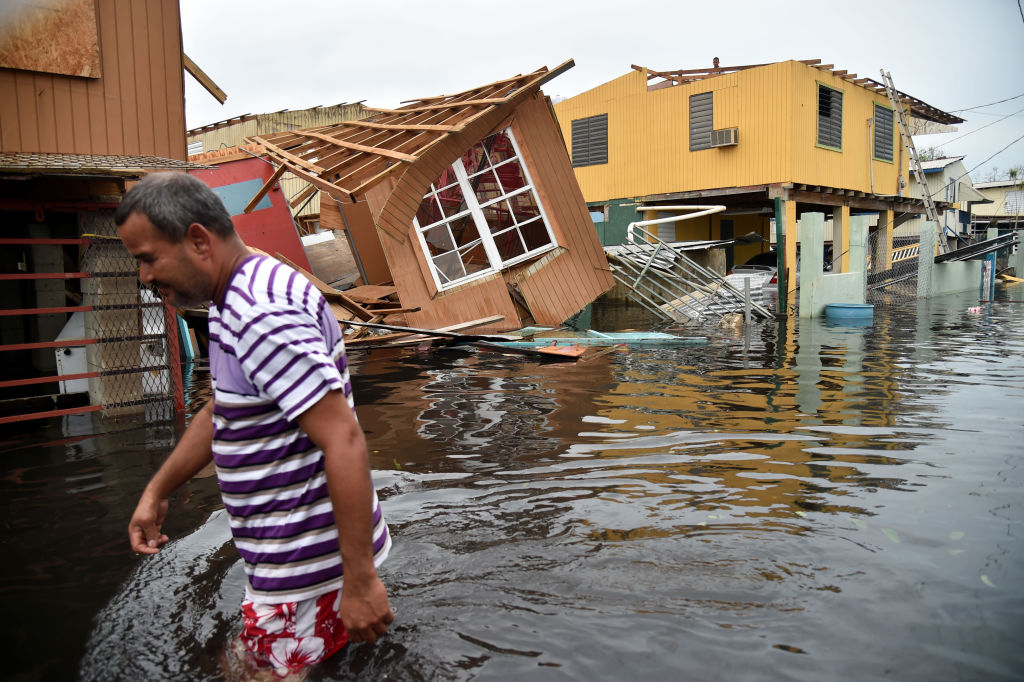 Between Harvey, Irma, and Maria, the 2017 hurricane season was one of the worst on record. The U.S. territory of Puerto Rico was totally devastated, and even though it took some time for relief to reach the island, several celebrities picked up the causes to help residents. 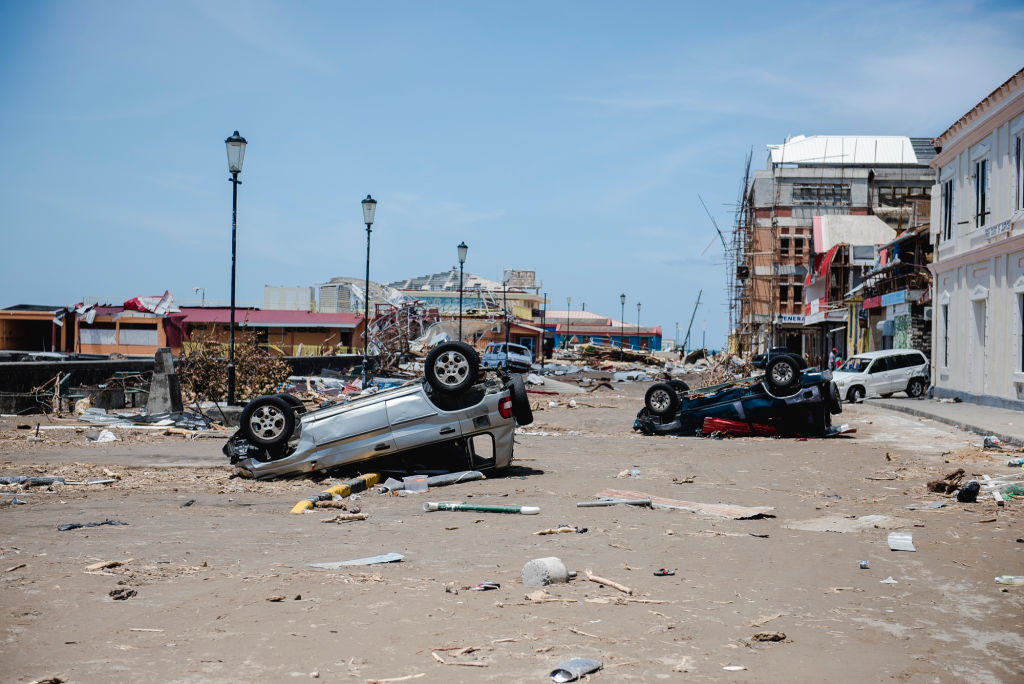 The small island nation of Dominica received the brunt of Maria’s hurricane damage, and it never stood a chance. Most of its 73,000 people live near the lower coastal areas, and it wasn’t adequately prepared for the hell the storm unleashed on the Caribbean Islands. 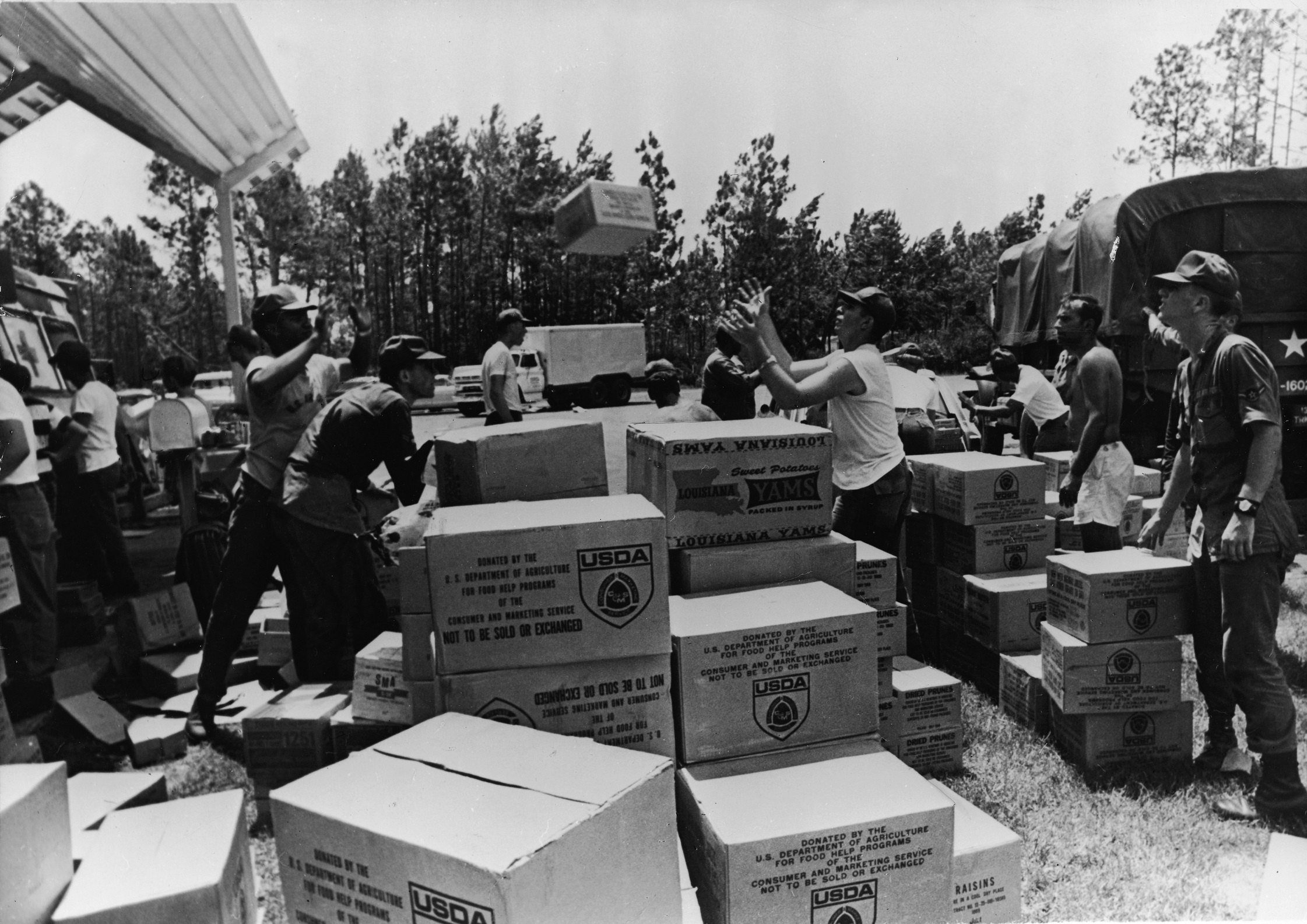 Volunteers unload food to give to people affected by Hurricane Camille in 1969. | Hulton Archive/Getty Images

There are probably 1,001 terrible things that happen during a hurricane, but there’s at least one silver lining: People coming together to help those affected. Hurricane Camille in 1969 remains one of the worst to hit the U.S., but volunteers quickly assembled afterward to help the Gulf of Mexico areas where the storm hit.

Next: Problems after the storms pass. 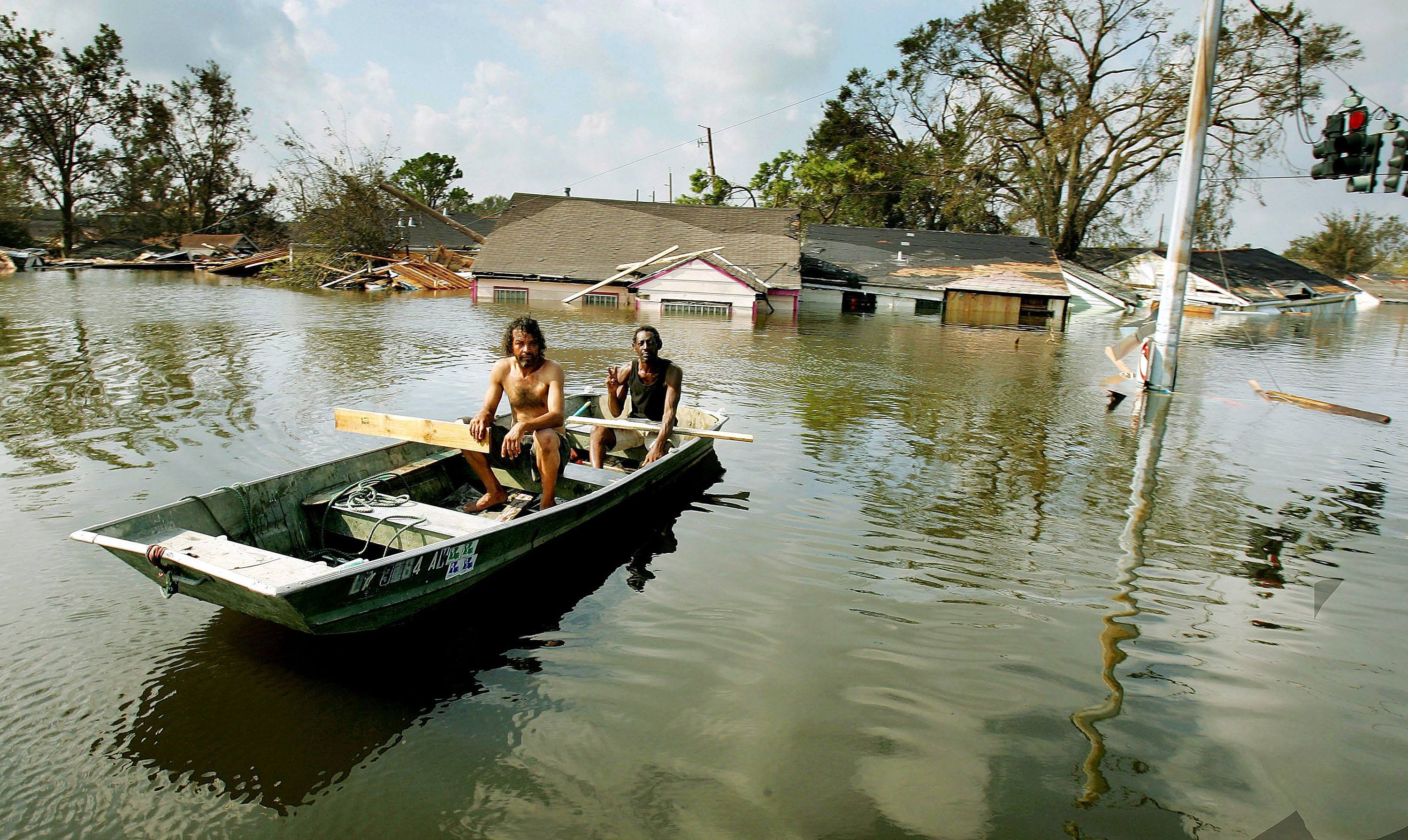 Broken levees contributed to the flooding in the wake of Hurricane Katrina, and the aftermath is just as bad as the storm itself. Waterborne diseases such as cholera that thrive in stagnant water add to the physical damage caused by a hurricane.

Next: Nothing is safe during powerful hurricanes. 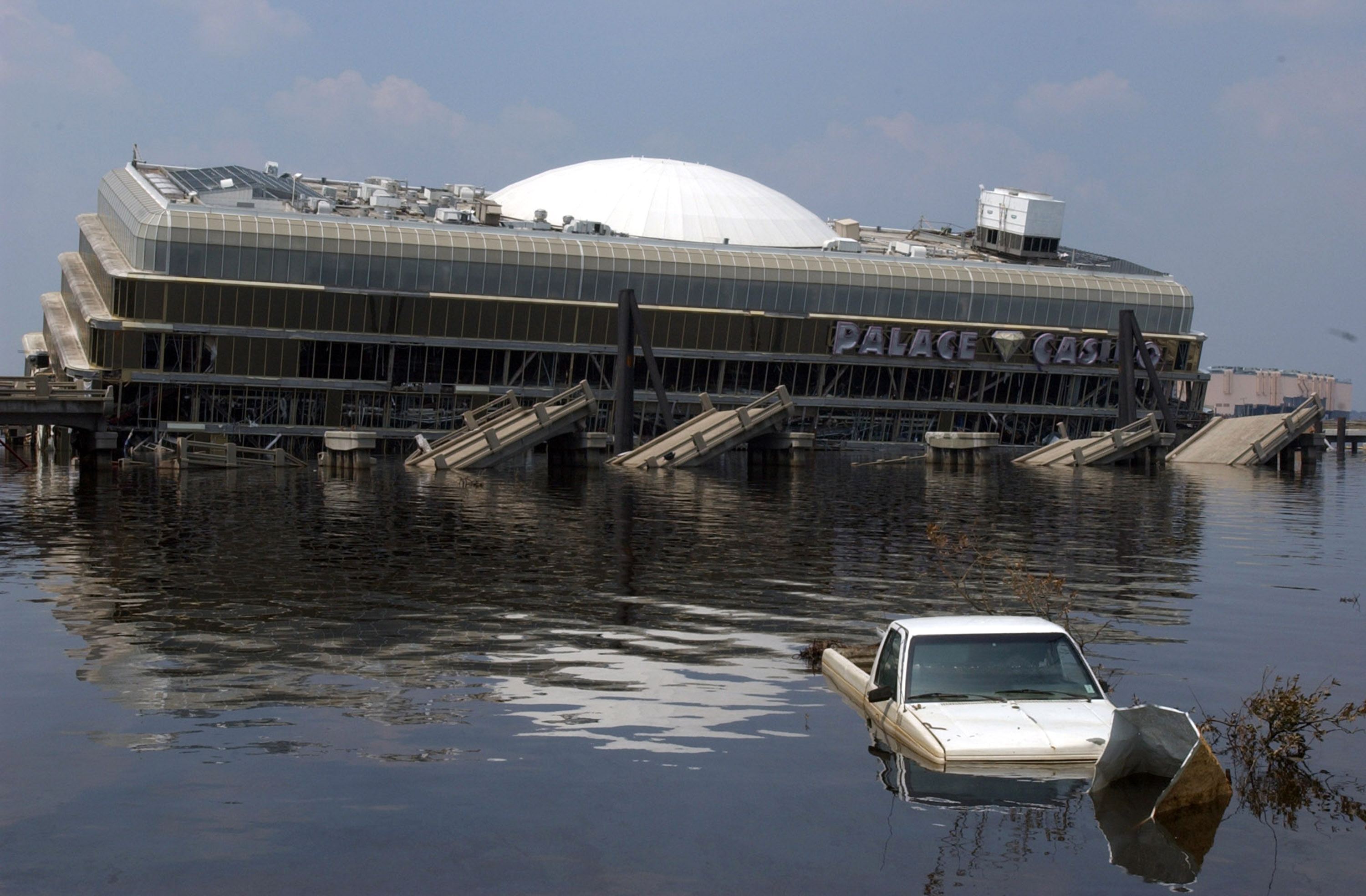 We all know how bad things got in New Orleans after Hurricane Katrina, but the entire northern Gulf of Mexico shoreline suffered. Flooding and wind damage battered structures big and small, including the Palace Casino in Biloxi, Miss.

Next: The hits keep on coming.

10. Rita adds to the hurricane damage from Katrina 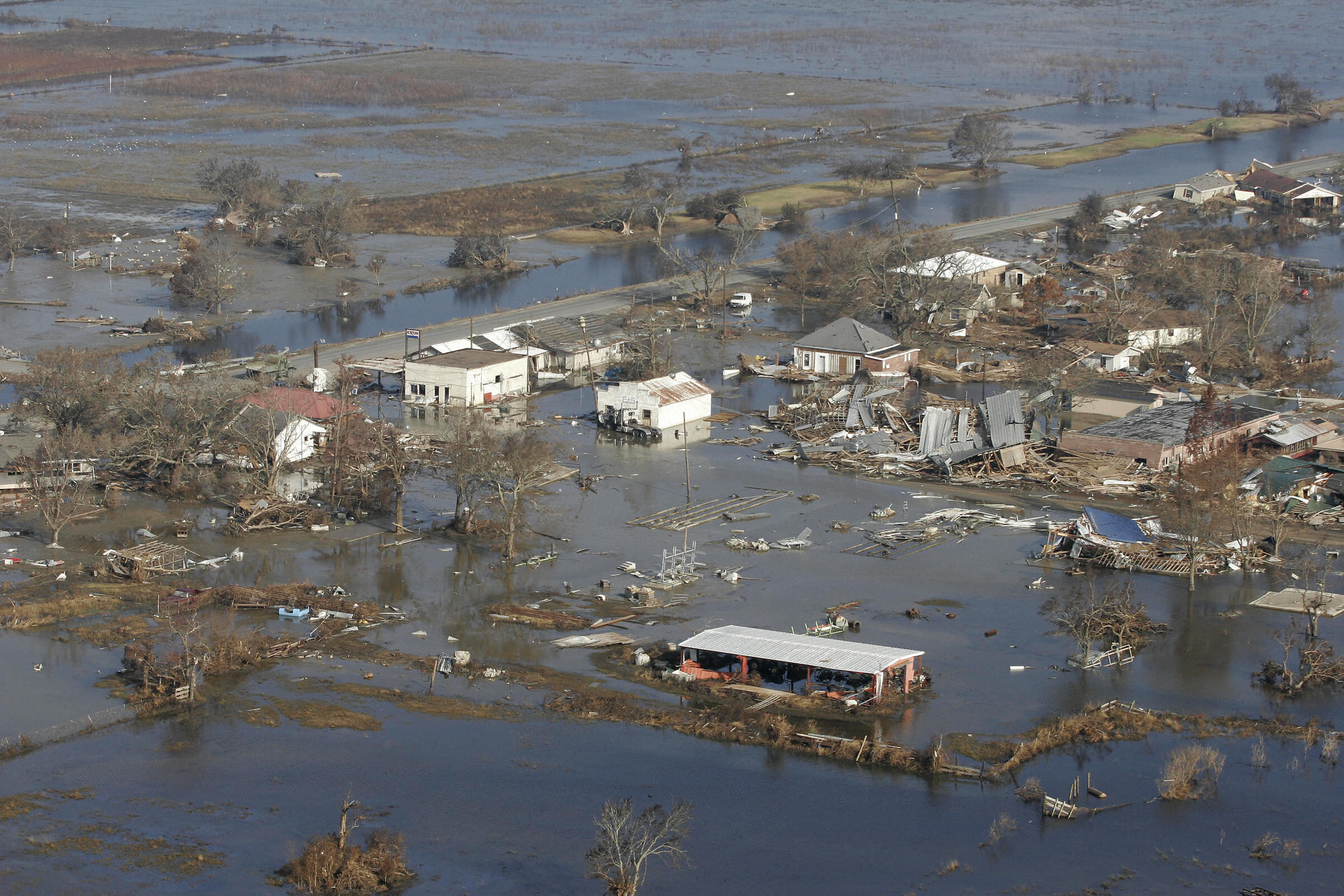 Ruins in Cameron, La., along the Gulf of Mexico coast after Rita passed. | Robyn Beck/AFP/Getty Images

Rita decimated Cameron, La. in the southwestern corner of the state as well as nearby towns mot long after Katrina left town. Rapid sinking of the Louisiana coast just compounded the damage done by the two storms. 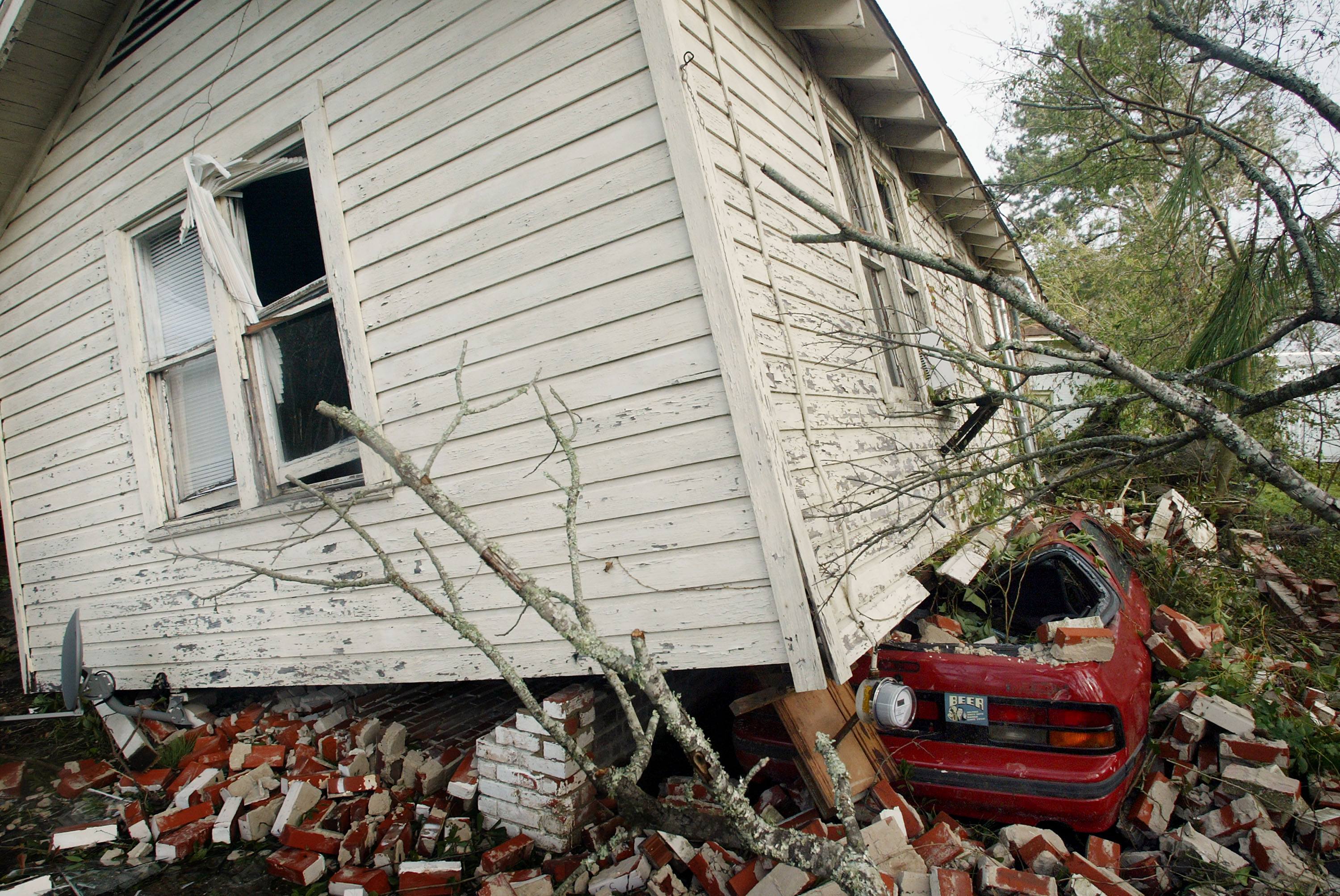 Rita lived only a week, but since it came on the heels of Katrina, it just added to the damage. It hit land as a Category 3 hurricane near the Louisiana-Texas border causing flooding and wind damage throughout the region.

Next: Unpredictability is as bad as powerful winds. 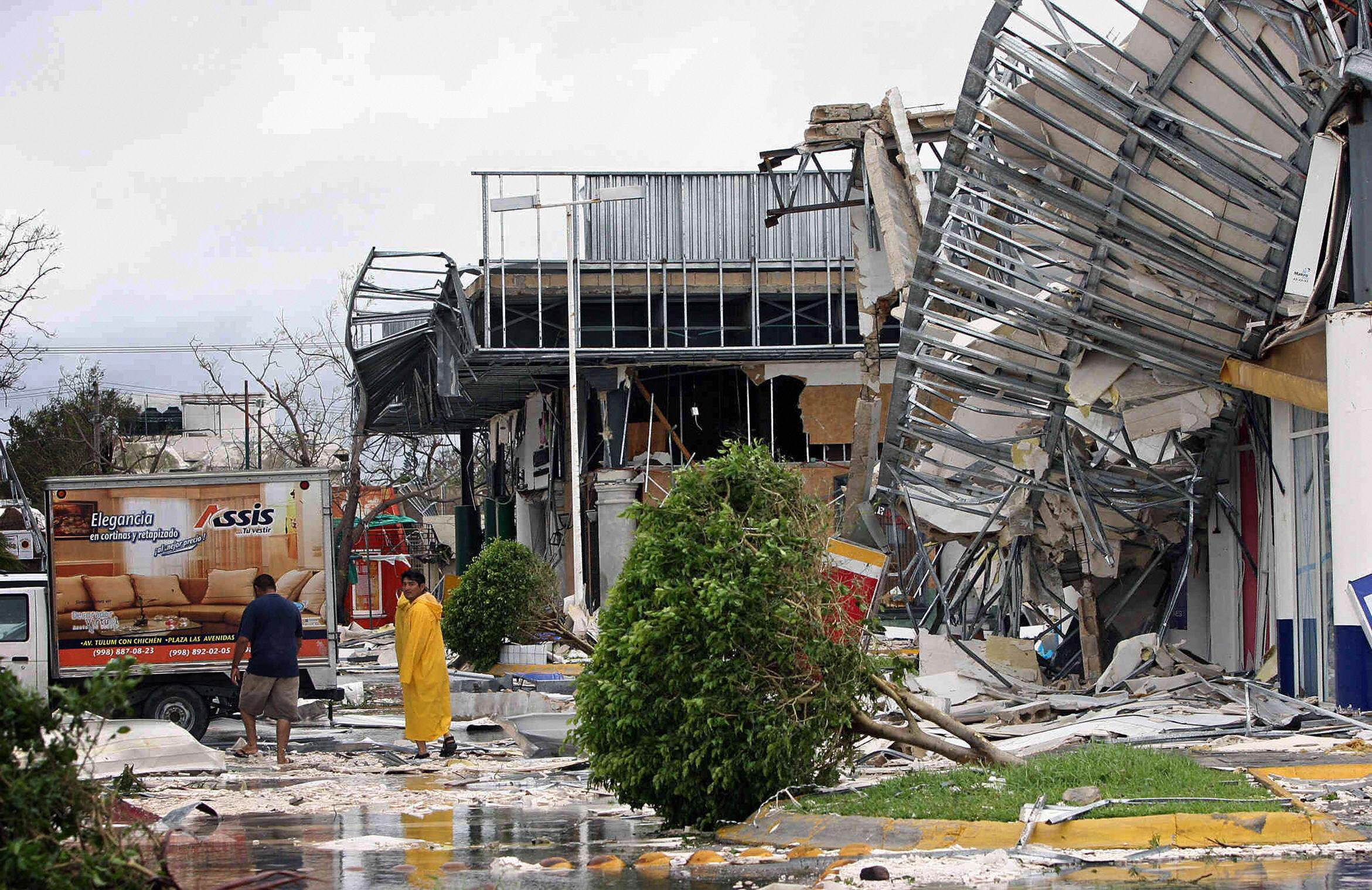 Most hurricanes form over the Atlantic Ocean and lumber toward North America. Hurricane Wilma wasn’t like most hurricanes. It developed in the waters between Jamaica and Central America, but in just two days it went from a tropical storm to a Category 5 hurricane and swung north toward the Yucatan Peninsula, according to Hurricane Science.

Next: Hurricanes impact so many people.

13. Widespread hurricane damage is par for the course 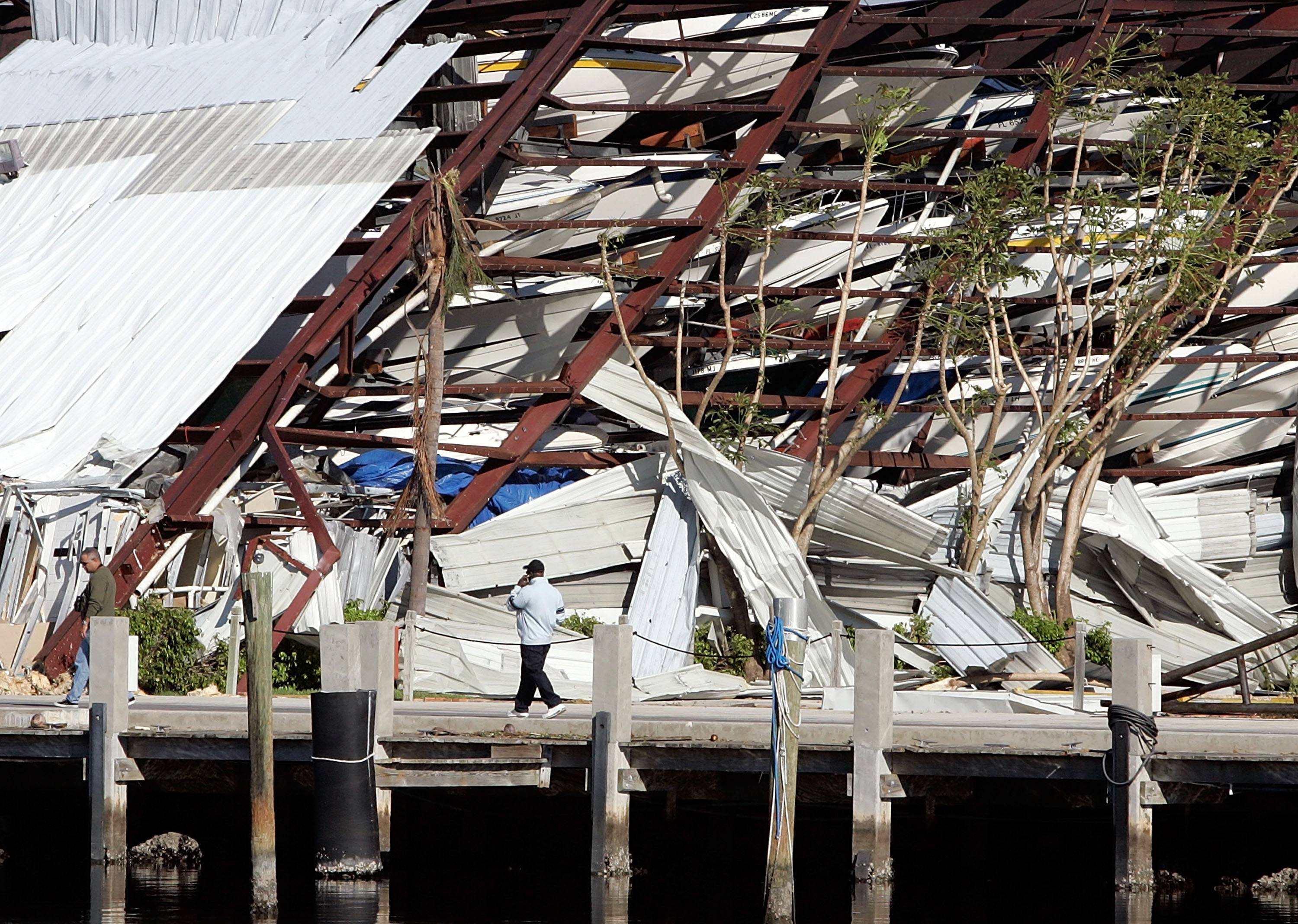 Hurricane Wilma hit Mexico harder than the United States, but since hurricanes are so large, they impact a lot of people. Infrastructure in the Florida Keys and crop damage on the mainland made Wilma one of the most expensive hurricanes in U.S. history.

Next: Powerful storms can do a lot of damage to older buildings.

14. Older buildings aren’t made to withstand this kind of weather 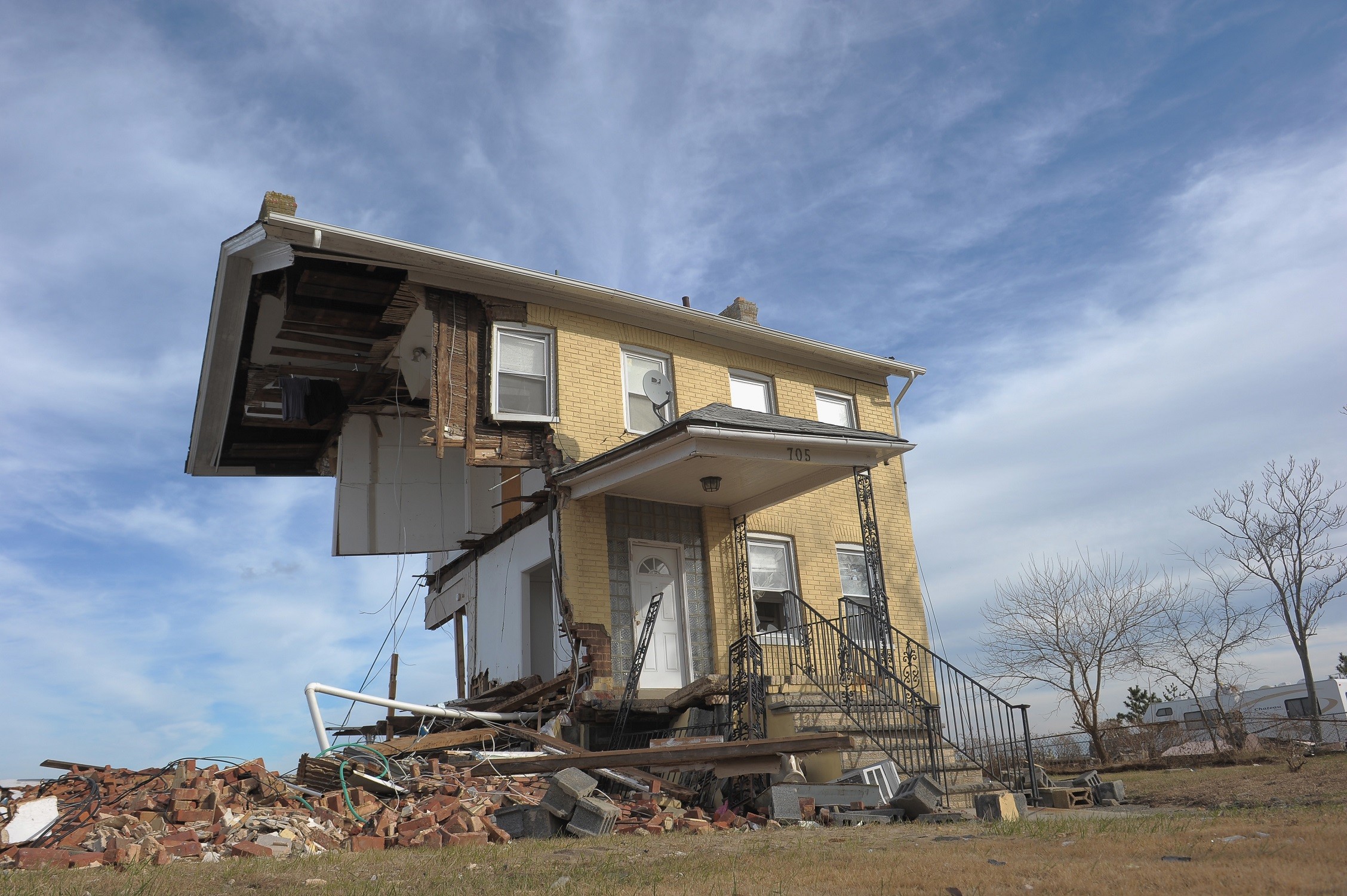 Union Beach, N.J., was among the areas ravaged when Sandy landed in the northeastern United States. With a population of 6,200, roughly 1,000 homes flooded and 200 rendered inhabitable due to storm damage.

Next: A city completely shuts down. 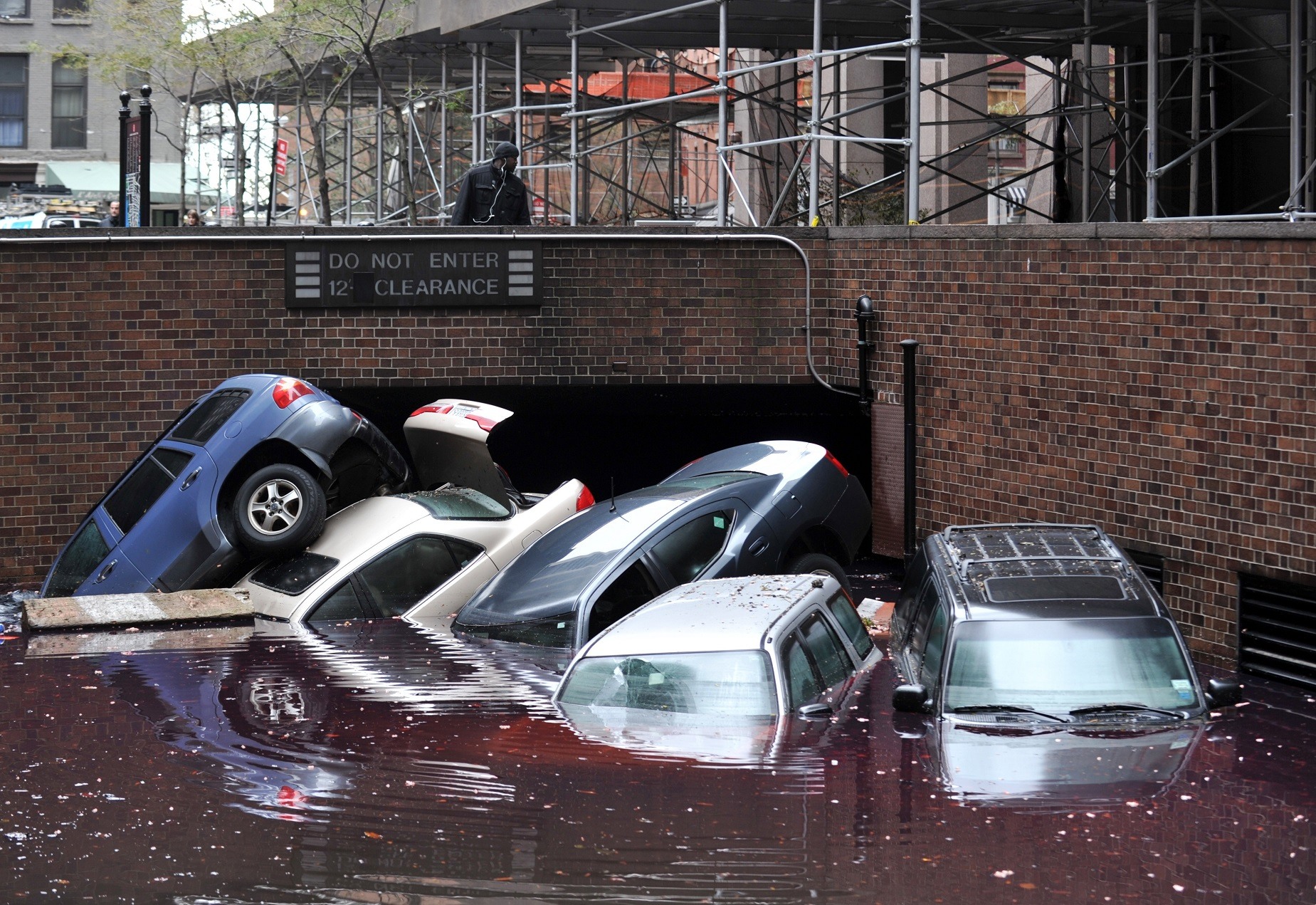 Cars piled on top of each other at the entrance to a garage in lower Manhattan. | Stan Honda/AFP/Getty Images

The New York City metro area is the largest in the United States, and it’s a hub for government, banking, and travel. Sandy was disruptive enough that the United Nations, the New York Stock Exchange, and all public transportation outlets remained closed for days, according to CNN. 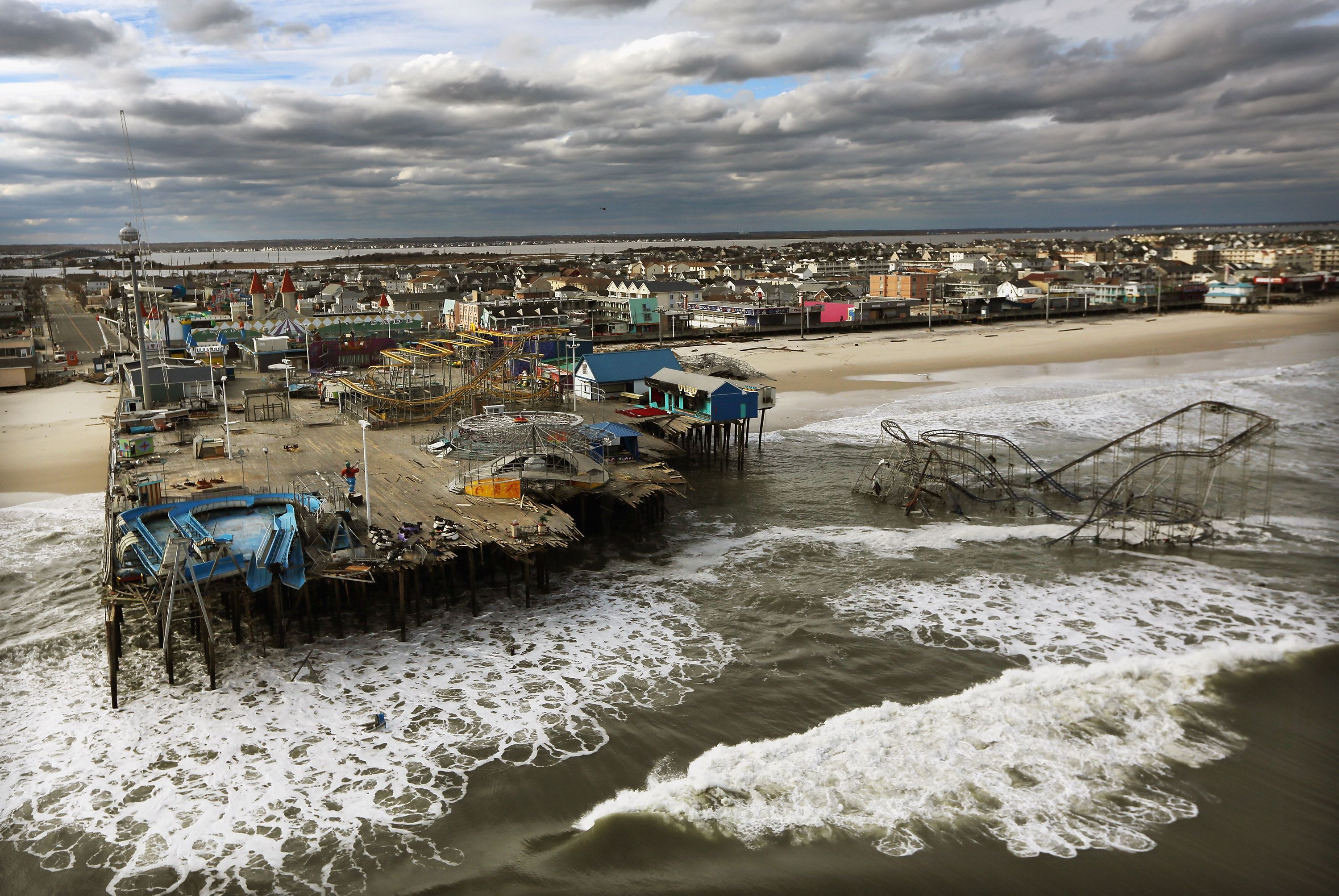 Sandy first landed in Kingston, Jamaica, and southern Cuba on Oct. 24 and 25, 2012, respectively. It jumped between being a Category 1 and Category 2 hurricane, but part of what made the damage so devastating was that it stuck around. It battered the northeastern seaboard for the better part of two days, which is why it did so much damage.

Next: Make sure you’re completely ready for a hurricane.

17. Flooding and wind are just part of the problem 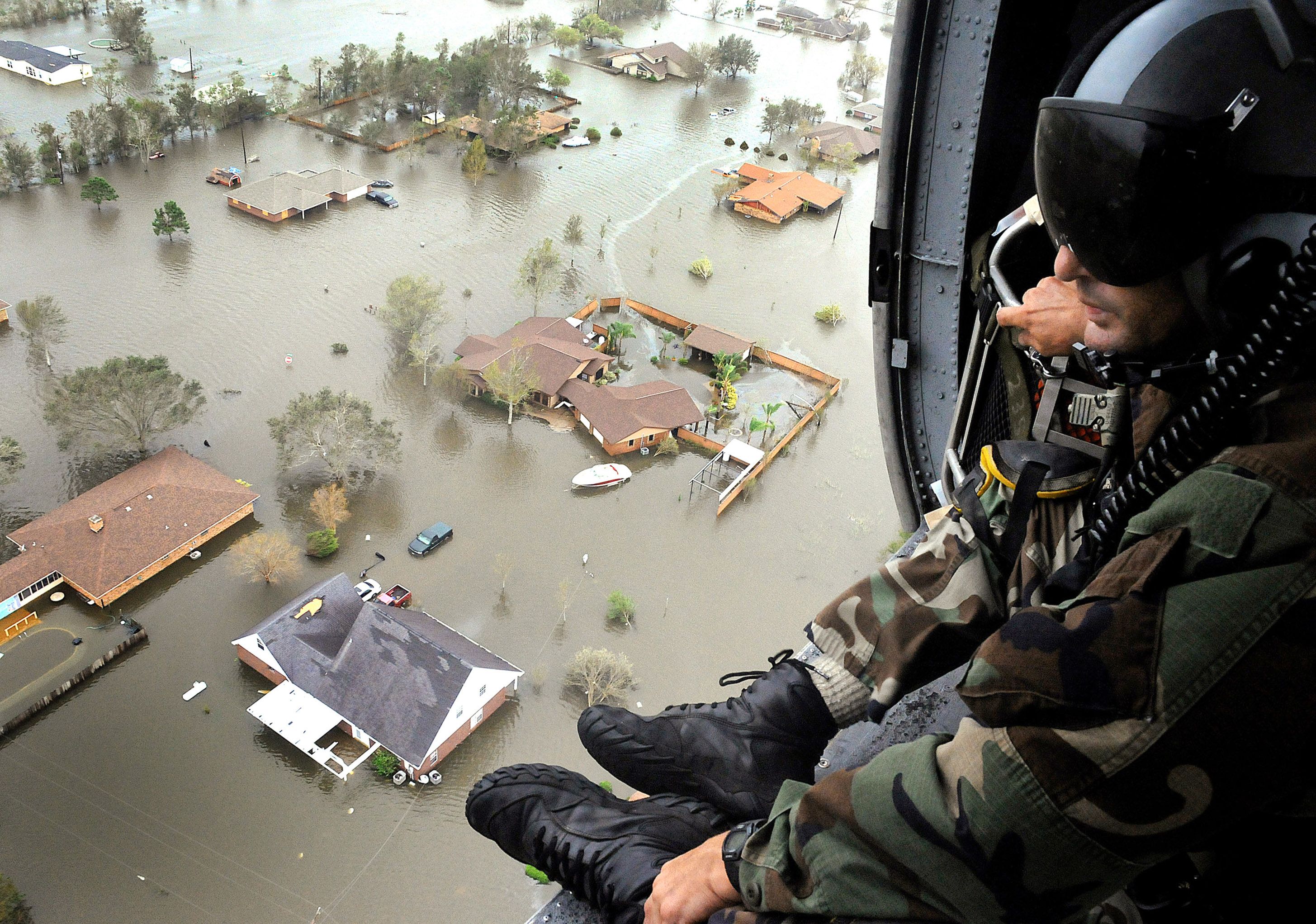 As we’ve mentioned, the wind, rain, and flooding caused by hurricanes impact people immediately. After the storm passes, however, your finances can take a hit as the repair and medical bills pile up.

Next: Almost half the country feels the effects.

18. Ike reaches almost half the country 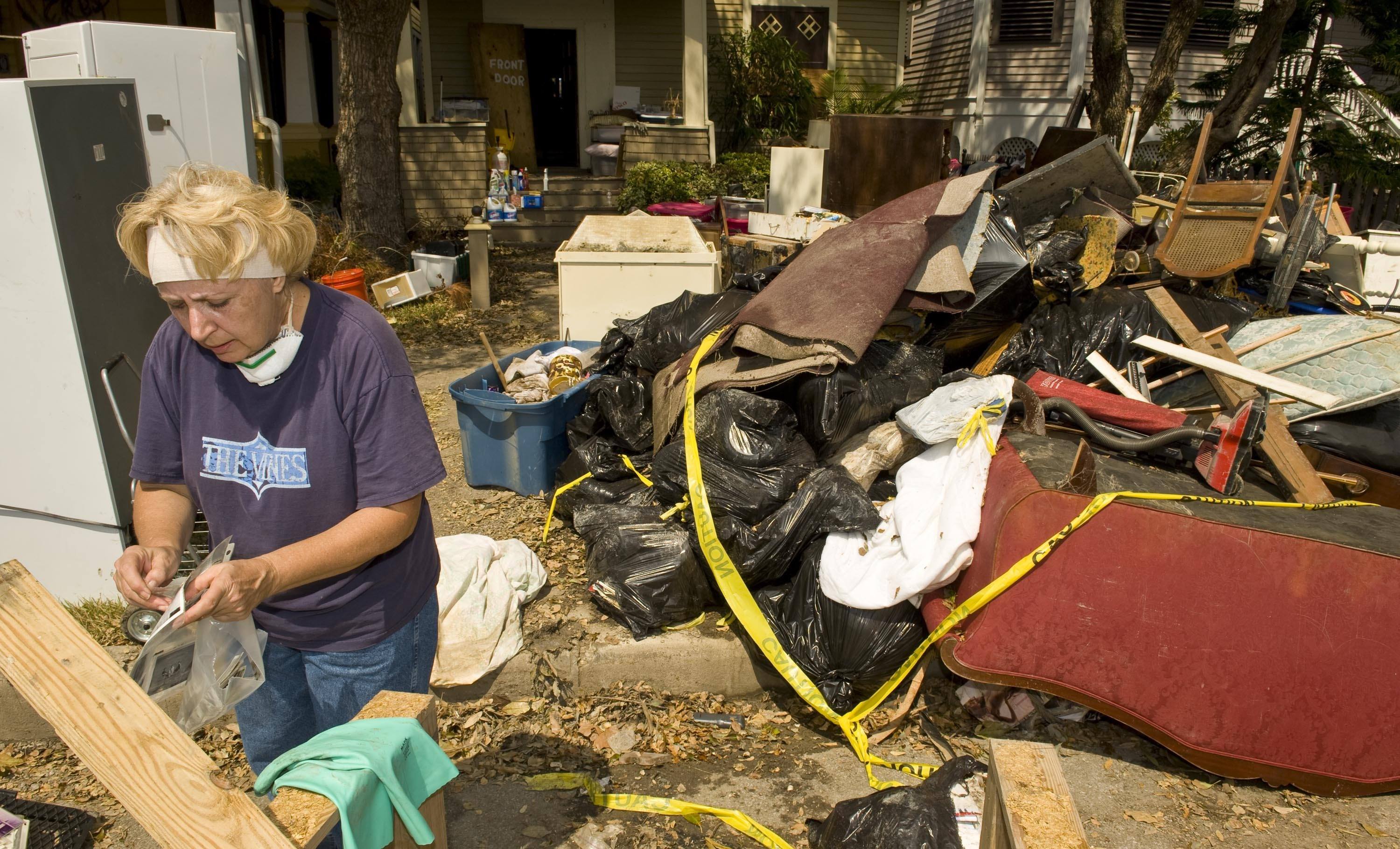 Hurricane Ike hit Texas and other states along the Gulf of Mexico the hardest, but it reached almost half the country as it dissipated. Illinois, Indiana, Kentucky, Michigan, Missouri, Ohio, Pennsylvania, and Tennessee suffered residual damage, according to Coastal Living.

Next: A major hurricane does major damage. 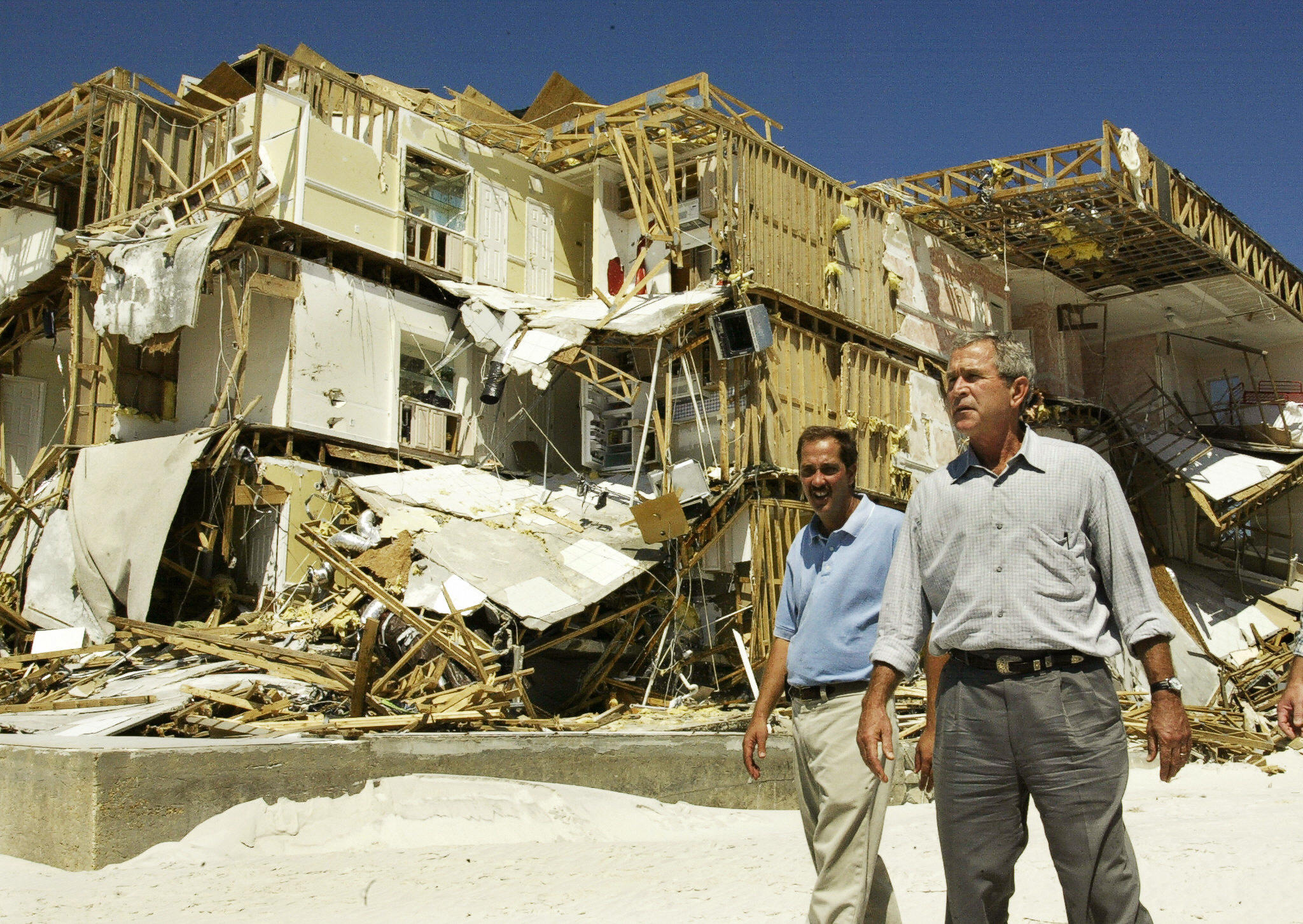 Hurricanes Katrina, Harvey, and Sandy are more recent and therefore a tad more memorable, but Ivan produced some staggering statistics:

Next: Hurricane damage happens after the fact, too. 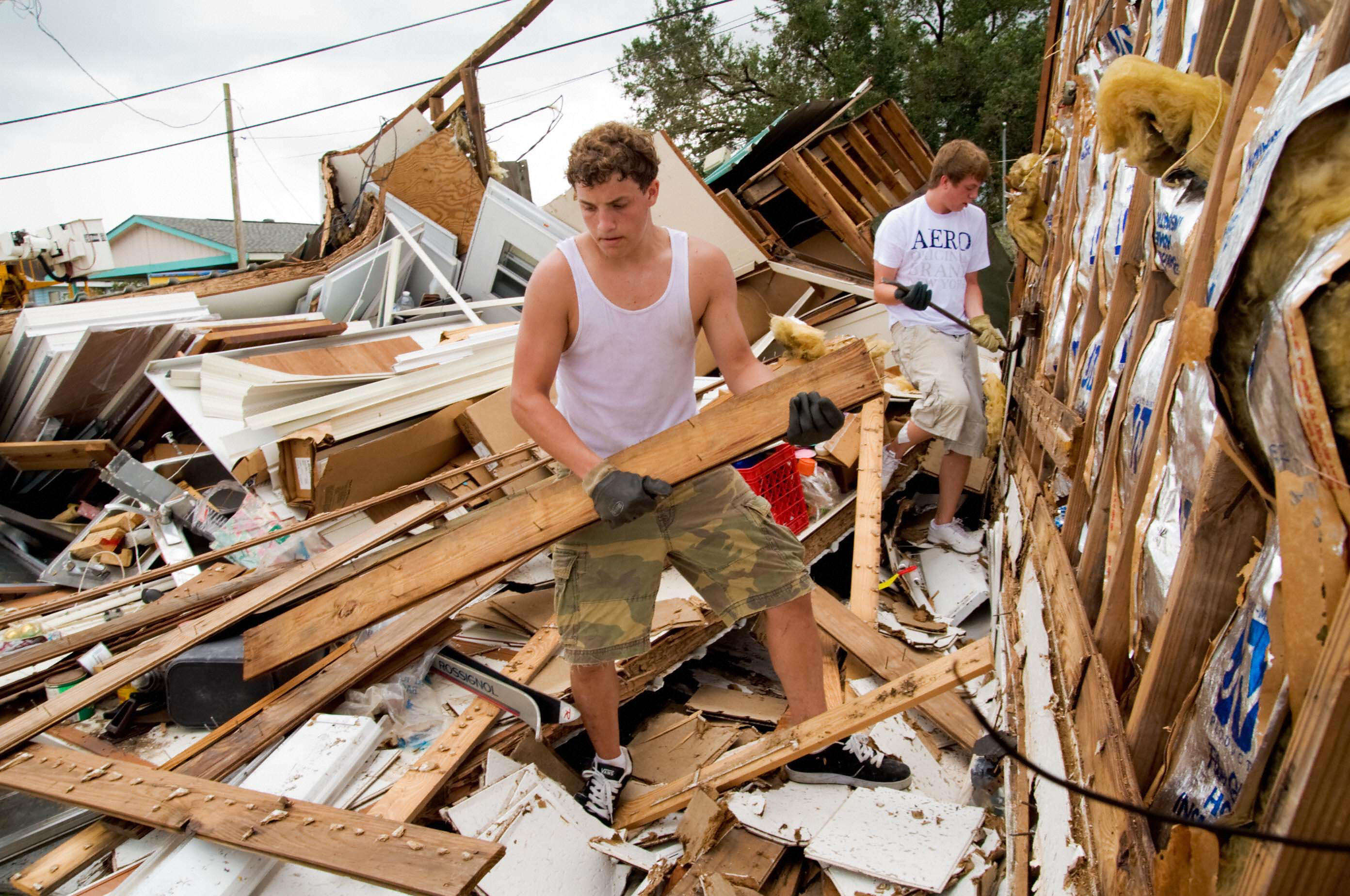 The clean up in Westwego, Louisiana after Hurricane Gustav. | Matthew Hinton/AFP/Getty Images

As if surviving a hurricane isn’t tough enough, the warm, moist air they carry can spawn tornadoes when it mixes with cooler inland air. The residual tornadoes after the fact compounded the hurricane damage from Gustav in 2008. 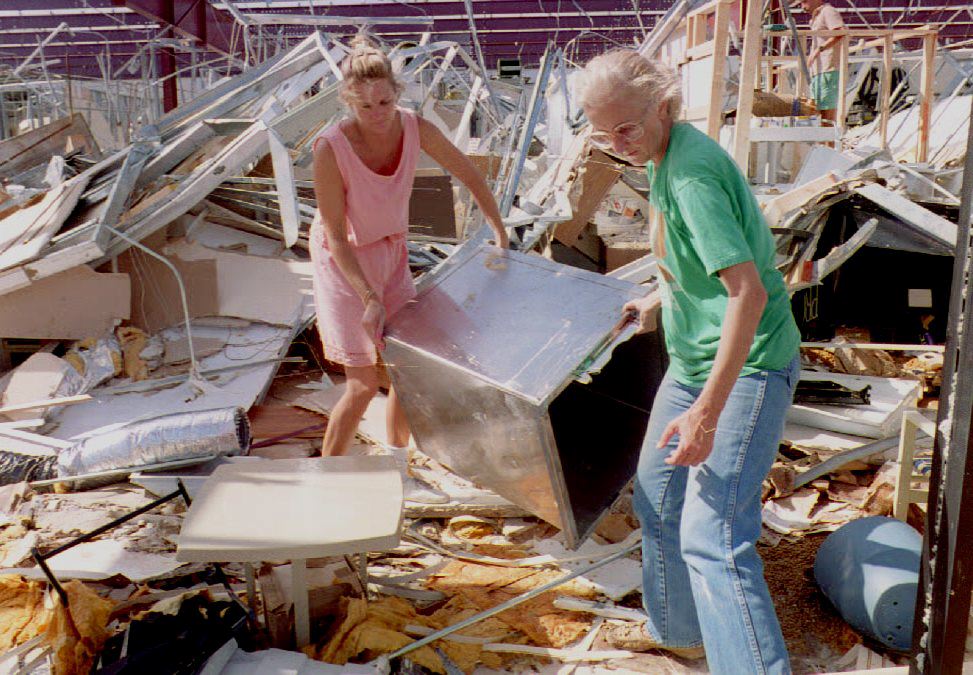 Florida sits in the path of many of the hurricanes that hit the United States, and Andrew was one of the worst in terms of hurricane damage. Homestead, Fla., was ground central for the storm’s landfall, but the entire southern half of the state had it bad. More than 1 million people evacuated, at least 25,000 homes were destroyed, and another 100,000 damaged.

Read more: How Much Money Does David Letterman Have, and What Does He Spend His Money On?