As Hurricane Maria heads toward Puerto Rico, evacuation orders have been issued for parts of the island, where the storm may make landfall late Wednesday morning. The Category 3 hurricane is forecast to intensify to a Category 4 with winds of 150 mph. Puerto Rico was just hit by Hurricane Irma two weeks ago, killing at least three people. 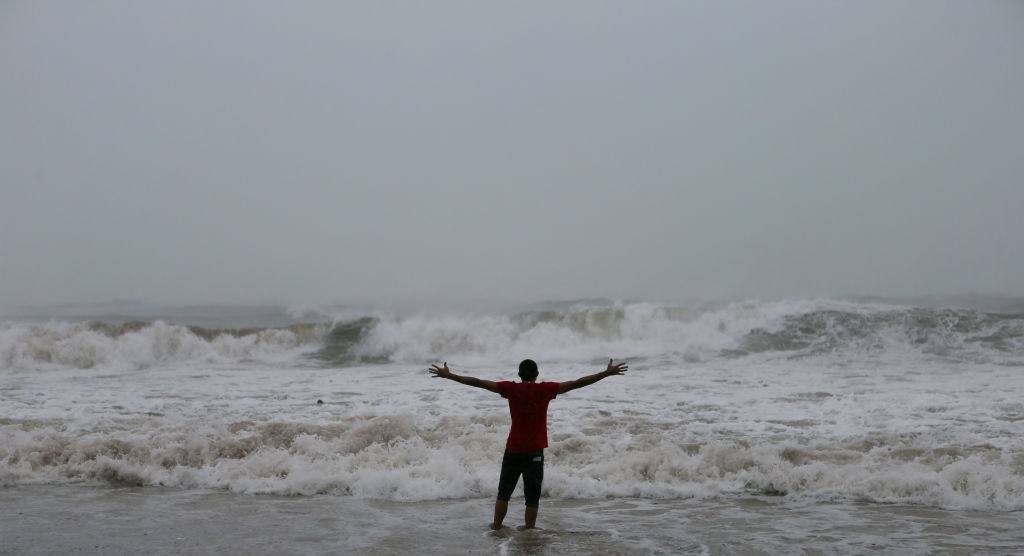 Alexis Ramos stands in the ocean at Luquillo Beach prior to the passing of Hurricane Irma on September 6, 2017 in San Juan, Puerto Rico. Hurricane Maria is the latest storm which may be headed for the island. | Jose Jimenez/Getty Images

The National Hurricane Center currently reports Maria is continuing to strengthen, with the eye “expected to move through the Leeward Islands late this afternoon or this evening.” The storm is reported as moving west-northwest at 10 mph with maximum sustained winds of 125 mph. It continues to move, fueled by warm tropical waters, and was reported yesterday as heading toward the Caribbean.

Puerto Rico has not been hit by a Category 4 or 5 hurricane since 1928, according to NBC News meteorologist Bill Karins. Although the island was largely spared by Irma, passing 50 m iles north of it, that amount of contact was enough to knock out power to around 1 million people, Karins said.

Hurricane watches and warnings were in effect not just for Puerto Rico, but also for islands reaching from St. Lucia to the U.S. and U.K. Virgin Islands. Barbados, St. Vincent and the Grenadines, Martinique, Antigua, and Barbuda were all under tropical storm warnings.

“The government is prepared,” Puerto Rico Gov. Ricardo Rosselló said via Facebook, “and we ask of the citizenship preparation, attention, and action.”

In other hurricane news, Hurricane Jose has now weakened, with maximum sustained winds of 85 mph. The hurricane is now located around 280 miles east-southeast of Cape Hatteras, N.C. It is moving at nine mph and is expected to remain off the East Coast. Jose had previously buzzed the Leeward Islands last week. Due to this storm, a tropical storm watch is in effect for Martha’s Vineyard, Nantucket, and other areas along the eastern coast of the U.S.