A couple in Tampa Bay, Florida, were shocked to discover a hidden camera in the smoke detector in the bedroom they were staying at. The couple only found it because the boyfriend works in IT and could recognize the device. That Airbnb was registered to Wayne Natt, a 56-year-old man, and had been active for two years. The listing itself has 40 reviews. This brings to light a horrible reality in the room sharing industry and you should probably be protecting yourself.

How are these people doing this?

There are a frightening number of ways to hide a hidden camera. | Getty Images

Unfortunately, hidden cameras are very easy to get and are extremely effective at their discretion. Cameras can be hidden in just about everything, from light bulbs, clocks, and smoke detectors, to stuffed dolls, and paintings. The point of them is to not be discovered, which makes it very hard for a person to know if they’re being watched when they stay at an Airbnb, or use another similar.

Next: How to know if you were victimized by a hidden camera

How do I know if I was a victim?

A man holding a HELP sign is peering over a fence desperate for help. | Getty Images

Unless the treachery was uncovered, it’s likely you will never know if you were subjected to surveillance. There is little to no oversight throughout the industry, and anybody can host their property as a convenient vacation spot. If you did stay in Natt’s Airbnb, it’s worth coming forward. If you want to make sure any other place you stayed in has been busted for hidden cameras, you’re going to have to search the internet.

Next: Here’s the reason why it can happen so easily.

The entire industry is grossly under-regulated

As far as we can tell, there aren’t many (if any) laws that require Airbnb to disclose when such an incident has occurred. The closest thing we could find states that they would be required to inform you if your personal information had been accessed without your permission, like in the case of Equifax’s data breach.

The president of the American Hotel and Lodging Association, Katherine Lugar, calls businesses like Airbnb “illegitimate and unregulated,” because of their complete lack of oversight, and their effects on communities. The truth is anyone can create an account and have their room or home up for rent in minutes without ever being inspected.

Next: We may never know how far this goes.

How prevalent is this?

There’s no real way of knowing how prevalent this problem is. | Getty Images

It’s hard to say how prevalent cases like this involving an Airbnb or service like it is. There is no national database tracking the cases of video voyeurism, making it tough to figure out whether you’re at risk staying in any given apartment or house. Former Supervisory Agent and President of Martin Investigative Services, Thomas Martin, told the Huffington Post that there has been a serious increase in hidden camera cases in his line of work. According to Martin, who does sweep for surveillance devices, he has seen a 10% rise in discovered devices. That’s up from about 4–6% between 1988 and 2005.

Next: Airbnb is doing its “best.”

What is Airbnb doing to stop this? (Hint: It’s not much) 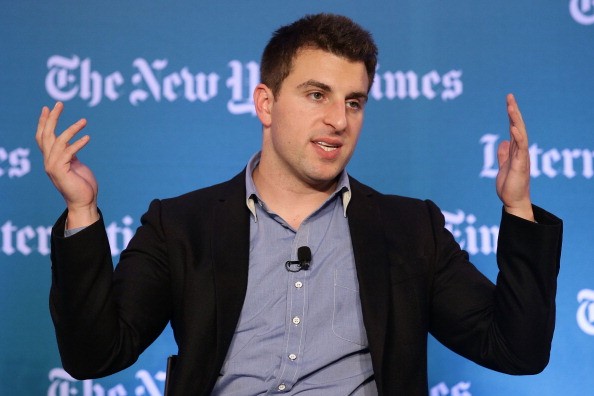 Airbnb does have requirements in regards to any surveillance. A host must disclose any surveillance cameras to guests before booking, and they can not be in private areas like the bedroom or bathroom. If any host is found to be in violation of these rules, they will be banned permanently. Beyond that, there aren’t really under any obligation to inspect any of the host properties.

Next: Here’s what you need to look for.

What are the signs to look for?

Generally speaking, anyone is vulnerable to a hidden camera. If it’s your own property, you have to be diligent, and notice if anything’s moved somewhere it shouldn’t be. That becomes increasingly more difficult if you have roommates or animals. Beyond that, you should probably do some research on what hidden cameras are out there, so that you can more easily spot the device should you feel compelled during our next Airbnb stay.

Next: There are products that are used to detect these devices.

What products can help protect me? 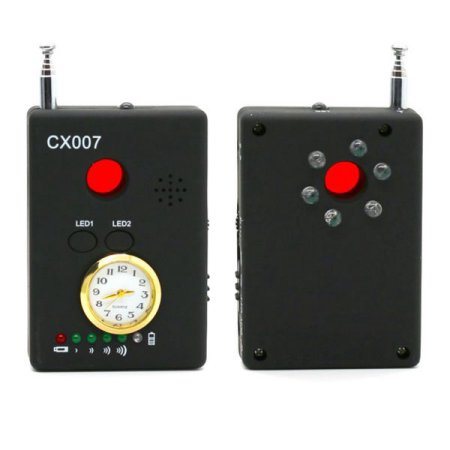 An RF detector can be surprisingly helpful | Walmart.com

Luckily, there is a counter-surveillance industry that specializes in uncovering these clandestine devices. One such item is a radio frequency (RF) reader. This device will pick up on radio frequency emissions from short distances and alert you to their presence. These also come with a scope-like device that will make the lens of a camera reflect brightly, so that it is easier to spot. These devices cost about $15, more or less, and are a wise tool to bring with you on vacation, especially when staying at an Airbnb location or something similar.