Indiana Dad Charged With Fatally Shooting Daughter: How Do These Cases Happen?

A father in Hobart, Indiana, is charged with fatally shooting his daughter. | CityofHobart.org

The Chicago Tribune reported Eric Hummel of Hobart, Indiana, faces charges for fatally shooting his 9-year-old daughter, Olivia. At the time of the shooting, he was talking to his sons about the dangers of playing with guns, according to the Tribune. According to court records seen by the Tribune, Hummel told police he was showing his sons his 9 mm semi-automatic handgun. He said he told them “not to ever play with it because it can kill someone.” Olivia then walked into the room, and Hummel, “thinking [the gun] was empty,” pointed it at her and pulled the trigger.

The Chicago Tribune reported Hummel called 911 at 5:06 p.m. June 10. The publication obtained a recording of the call. Hummel told the dispatcher, “I had my gun, and I pulled the trigger. I didn’t realize there was a bullet in there, and I shot my daughter.” The dispatcher assured Hummel emergency responders were on the way. He then asked whether Hummel wanted to try CPR. Hummel told the dispatcher the girl was not breathing. And shortly before emergency responders were heard arriving, Hummel could be heard whispering, “Please don’t go. Oh my God. Please don’t go.”

According to a police report obtained by People, Hummel told a Hobart police officer who arrived at the scene, “She’s dead, she’s dead. I thought it was empty, you can kill.” The report indicated Hummel’s 9-year-old son told the detective he knew the gun wasn’t loaded at first because “when he shoot it at me it just made a little pop sound.” The boy said Hummel had pointed the gun at him “probably like two times” and “a few times” at his brother.

Hummel’s case exemplifies shootings that kill children across the country

Accidental shootings kill children across the U.S. each year. But FiveThirtyEight reported, “Medical examiners and public health scientists don’t agree on what ‘accidental’ really means.” That makes “it difficult to know how to approach the problem or, indeed, how large that problem even is.” Studies, such as one published in Pediatrics, have found local governments undercount children killed in unintentional shootings. Also, USA Today and The Associated Press found Centers for Disease Control and Prevention statistics “significantly understate the scope of an enduring public health problem.”

However, the statistics are more clear on the number of U.S. households with guns. A study published in the Archives of Pediatrics & Adolescent Medicine in 2006 determined firearms are present in about a third of U.S. households with children and youth. And parents often don’t practice safe firearm storage practices. The researchers estimated nearly 2 million children in the United States live in homes with loaded, unlocked firearms.

Though children more often accidentally shoot themselves or are unintentionally killed by other children, Olivia Hummel wasn’t the first child shot by a parent.

Time reported in September 2016 that a South Carolina father killed his 2-year-old daughter and injured his 4-year-old daughter. At the time, he was “attempting to make the weapon safe,” according to a statement released by the Richland County Sheriff’s Department and seen by Time. Sheriff Leon Lott told The State, “Right now, it just looks like an accidental shooting.”

The unidentified 30-year-old father said he was cleaning his gun when it misfired, striking the toddler with a bullet in her “upper body,” according to The Washington Post. Deputies attempted to keep the toddler alive by applying pressure to the wound and doing chest compressions until an ambulance arrived. Authorities pronounced Heaven Miller dead minutes after her arrival at Palmetto Health Richland hospital, according to The State.

WLTX 19 reported in September 2016 that the father, then identified as Dominique Miller, faced charges of involuntary manslaughter and abuse. Deputies said Miller engaged in “negligent behavior and reckless disregard for the safety of his daughters.” 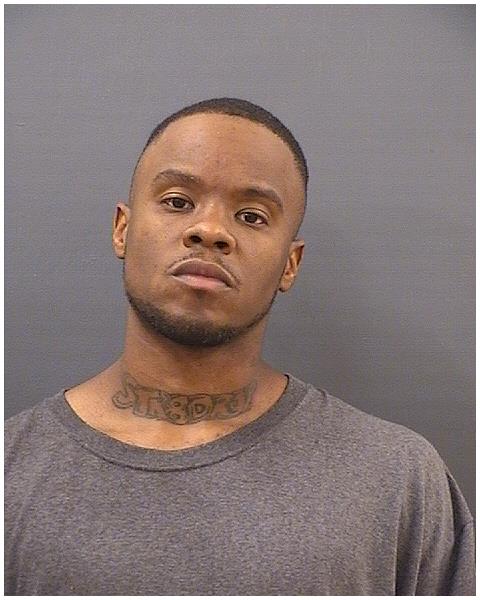 Fox News reported in August 2016 that a Hendersonville, Tennessee, father fatally shot his 11-year-old daughter, Timea Batts. She had just returned home from her first day of middle school. Timothy Batts said he shot Timea after being awakened by a sound in the house. He said he got his gun from the dresser and shot Timea after she screamed and scared him. The 11-year-old later died at Vanderbilt University Medical Center. The Hendersonville Police Department reported that authorities charged Batts after executing a search warrant at the family’s residence.

Fox reported Batts faced charges of reckless homicide, tampering with evidence, false reporting, and being a felon in possession of a firearm. The Tennessean later reported in September 2016 that Batts initially told police Timea was shot before she arrived home, according to testimony from the Hendersonville Police Department. After he admitted to the shooting, Batts said he lied because he feared being arrested and wanted to stay with Timea. Batts later pleaded not guilty to shooting and killing the 11-year-old, according to The Tennessean.

CNN reported in July 2016 a Florida dad shot and killed his 14-year-old son at a shooting range. William Clayton Brumby took 14-year-old Stephen, along with his 24-year-old son David and 12-year-old daughter Christen, to High Noon Gun Range for target shooting. After Brumby fired a round at a target, the bullet casing ejected from the handgun. The casing bounced off a wall and fell into the back of Brumby’s shirt. He inadvertently pulled the trigger while trying to remove the casing.

According to a report by People, the round hit the ceiling and then hit Stephen in the neck. Stephen later died at Sarasota Memorial Hospital. Brumby told CNN, “The gun didn’t kill my boy. I did.” Nonetheless, Brumby told CNN he still intends to keep guns in his house and use them for self-defense of his home and family. He told People, “Every round that is in your gun has your name on it. You’re responsible for the round whether it goes off if you intended or didn’t intend for it to.”

The New York Times reported in April 2016 a Philadelphia father shot his 4-year-old daughter but tried to blame the shooting on her 5-year-old sister. Police department officials said Maurice Phillips “committed an act of unimaginable carelessness with a gun,” reported the Times. The paper added that Phillips’ eventual confession indicated he “started waving a gun around like a toy” as he entered the room where his daughter Tahirah Phillips played with her siblings. The bullet struck Tahirah in the back of the head. It killed her instantly.

The Associated Press reported Capt. James Clark of the Philadelphia Police homicide division said, “We don’t believe that he intended that to happen.” The other children began yelling, and Phillips attempted to frame his 5-year-old daughter for the shooting. Philly.com reported by July 2016 that Phillips would stand trial on third-degree murder and related charges. He would also be tried for child endangerment and other crimes involving the seven siblings in his care that day. 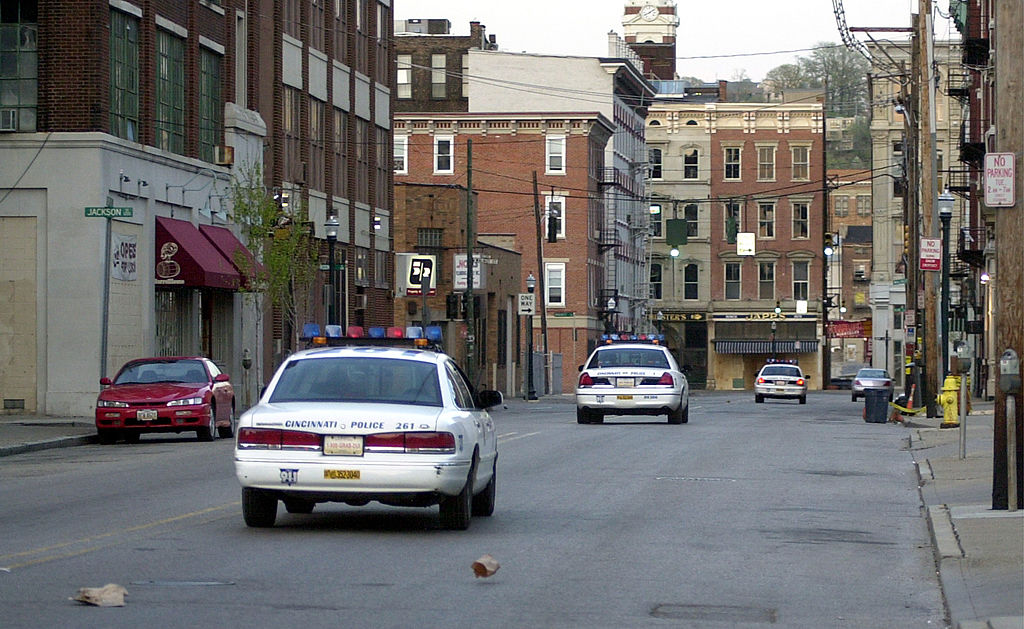 Cincinnati.com reported Harvey Benford shot and killed his 14-year-old son, Georta Mack, in January 2016. Georta decided to skip school on a January morning after officers followed up with him about an iPhone he had allegedly stolen from a teacher, according to a report issued by the sheriff’s department and seen by Cincinnati.com. He left the house but didn’t get on the school bus. Instead, he sneaked back into the family’s home.

According to Cincinnati.com, Benford told detectives he believed Georta got on the bus. He then heard noises in the house. He retrieved a loaded .45-caliber handgun and noticed a latch up on the door. Benford went down the basement stairs and noticed the door to the pantry door was open. “I pushed the door open, and he said ‘BOO!’ And then ‘POW!'” Benford told detectives. The bullet hit Georta in the neck. The boy stopped breathing as emergency workers arrived. Fox 19 reported in May 2017 no charges were filed against Benford.

As The New York Times explained in 2013, children “are collateral casualties of the accessibility of guns in America.” And accidents, more than other firearm-related deaths, pose “endless hypotheticals about what could have been done differently.”