The supporting cast of Fixer Upper is a talented and hardworking group of people. Many are business owners and entrepreneurs, themselves. And since they have such an impact on a home’s final outcome, we have to wonder, “What’s their story?”

Well, we’ve done a little digging to answer that question. Here’s what you didn’t know about the supporting cast of Fixer Upper.

Husband and wife Clint and Kelly Harp are the team behind Harp Design Co. In 2011, Clint quit his medical sales job to pursue his carpentry career. Unfortunately, it wasn’t a success at first. In fact, he and his wife, Kelly, were in dire straights financially when Clint ran into Chip Gaines at a gas station and told him about the work he was doing. Fortunately, the rest is history, as they say. As the business took off, Kelly eventually left graduate school to work with Clint, where she now curates pieces to complement his designs. Kelly and Clint even have their own show on the DIY Network.

Next: You’ll never believe what happened after word spread about where they lived.

The Harps moved out of their ‘Fixer Upper’ home The Harp’s home was actually featured on an episode of Fixer Upper. But sadly, the family (Clint and Kelly have three kids) had to move after too many of the show’s fans visited their house. “I’d be playing in the backyard with my kids and people would be walking around waving at me,” Clint told CultureMap Dallas. Their home, only yards away from their store, is now a rental property.

Next: Find out who makes the spa-like bathrooms on the show. 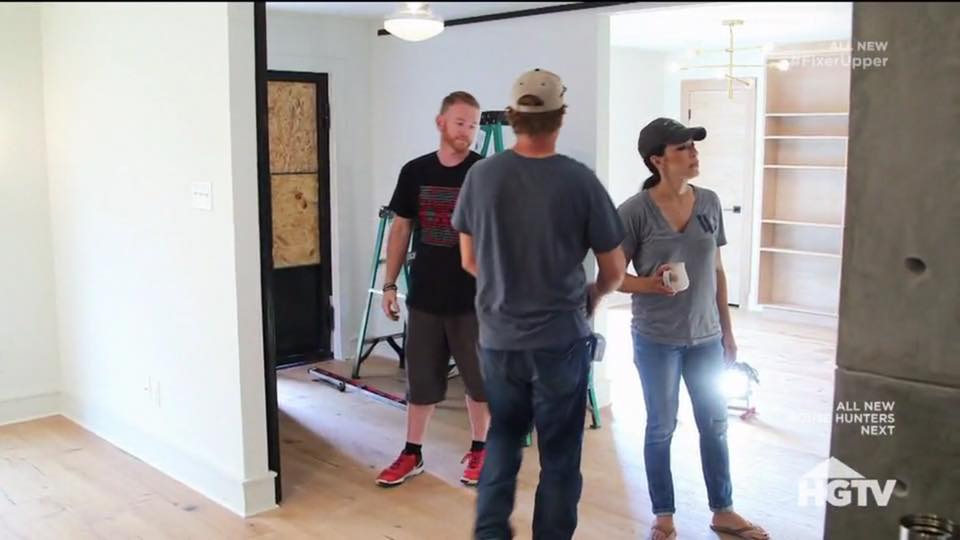 The family business has been working with the Gaines’ for over a decade. | Anderson Glass via Facebook

Founded in 1988, Anderson Glass is a family business serving Waco and the surrounding areas. But fans all over the country have probably seen Dustin Anderson showcasing glasswork on Fixer Upper. Dustin has known Chip and Joanna Gaines for more than a decade, according to the Anderson Glass blog. Another fun fact? According to Dustin’s LinkedIn profile, he has invented four glass industry tools, which are used worldwide.

Chip and Joanna can’t do all the work themselves 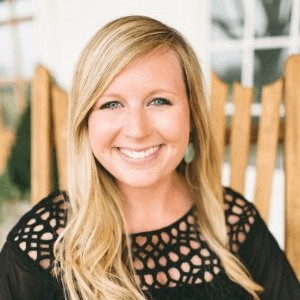 She works under the radar to get everything done smoothly. | LinkedIn/Kristen Bufton

You probably didn’t know, but additional project managers and designers help make Joanna’s design ideas come to life on every project. Kristen Bufton is one such individual. Frankly, without her, Fixer Upper homes wouldn’t be completed. Bufton is a project manager and designer who has been with Magnolia Homes since 2011, according to her LinkedIn profile. And like Chip and Joanna, she’s also a graduate of Baylor University.

Next: This next cast member became so popular he now has meet-and-greets with fans.

The craftsman has created pieces for plenty of important people. | JDH Iron Design

One of the most recognized supporting cast members is Jimmy Don Holmes, owner of JDH Iron Designs. He creates custom ironwork for the show. Weekly deliveries to Magnolia Market have become meet-and-greets because so many fans would recognize him. Jimmy Don has created pieces for President George W. Bush, the Texas Department of Safety, Hank Williams Jr., and the United States Secret Service. Chip and Joanna were referred to Jimmy Don by a customer who happened to be a friend of the Gaines family, according to the Magnolia Market blog.

Next: People call this company looking for “fox beams” all the time.

Clint McGill is a key woodworker on the show 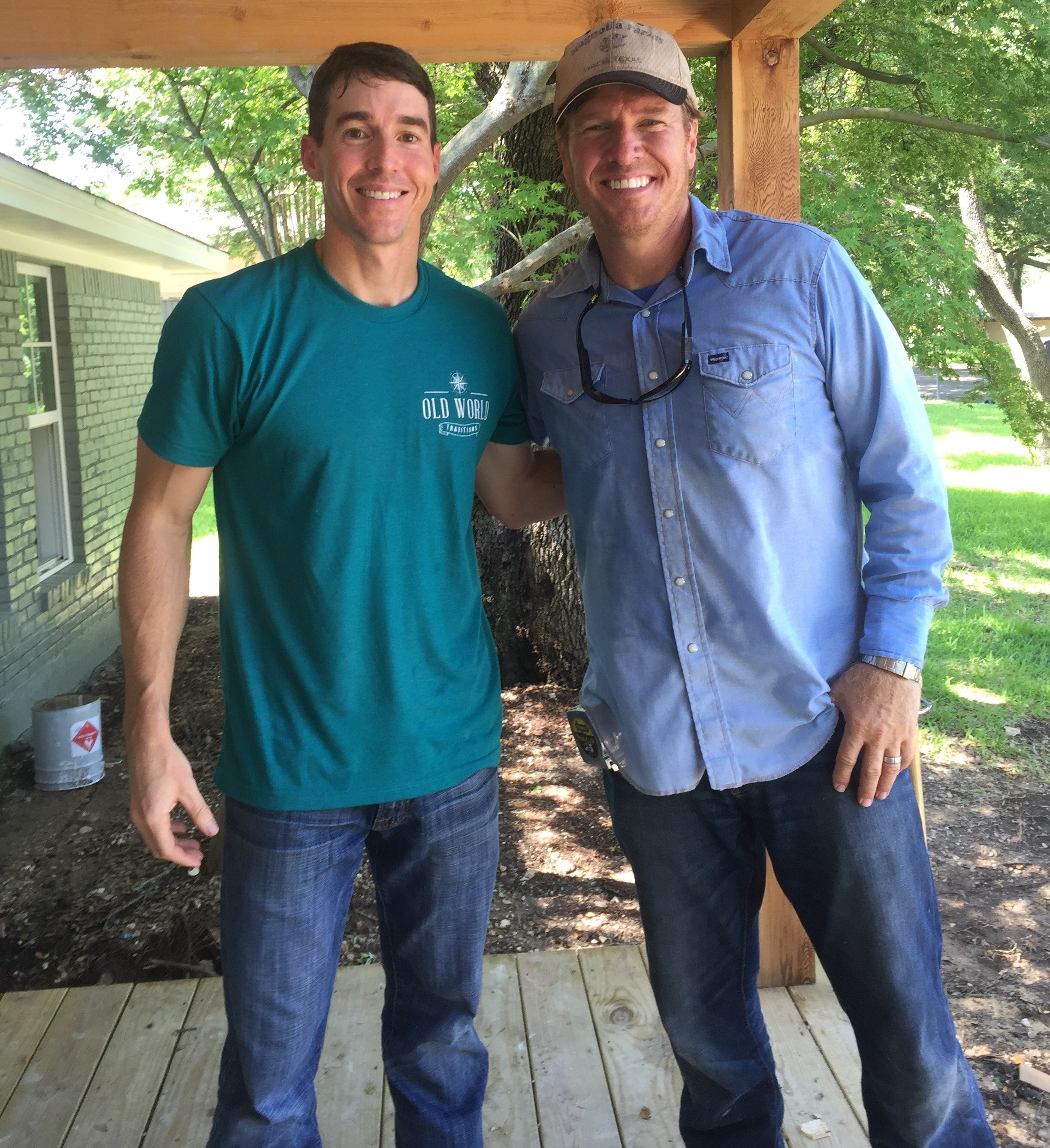 Beams are a staple in many designs that Joanna implements on Fixer Upper, but they have to come from somewhere. Enter Old World Traditions, the go-to company for faux barn beams on the show. One perk of this company’s product? The beams are lightweight and easy to install.

Founder of Old World Traditions, Clint McGill, has a background in the building material industry and started the company in 2007. Joanna actually worked with Clint and the Old World Traditions team to create a beam and signature color, aptly named, “The Magnolia.”

Next: You’ll never believe how coffee helped this next person become successful.

Joanna Gaines convinced this artist to renew his work 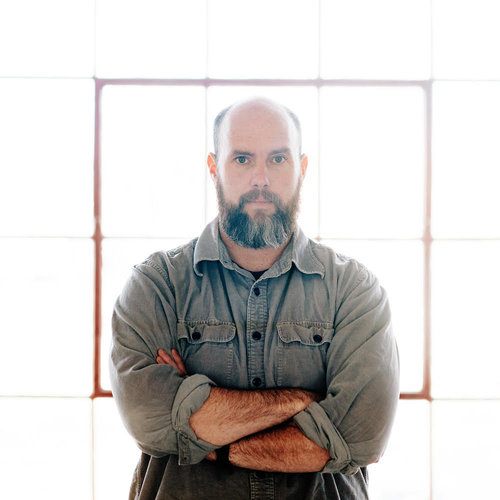 Jonathan Martin created a signature mug all his own. | Black Oak Art

For Jonathan Martin, Black Oak Art began as a hobby after graduating from college. As Martin told At Home, Joanna Gaines’ blog, “I started making mugs because they were easy to make, not too cumbersome and easy to store, which was key since I didn’t have any space.”After making mugs for a friend and local business owner, he gained Joanna’s attention. But by the time Joanna asked him to make mugs as thank you gifts for her clients, he had stopped making them. Nevertheless, he agreed to bring her 50 mugs every week. Today, Black Oak Art employs more than 20 locals, many of whom are studying art.