Is The Federal Government Poised for a Huge Marijuana Move? 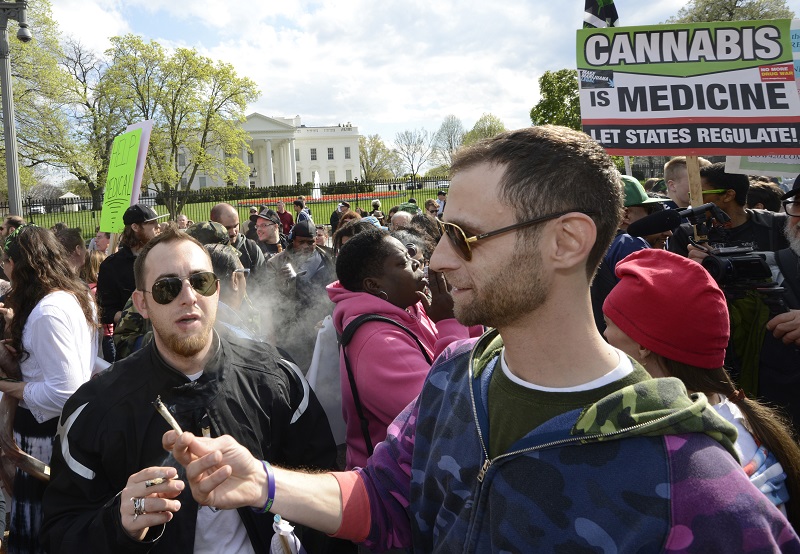 It was just recently that the Supreme Court tossed a lawsuit involving marijuana legalization, scoring a win for cannabis advocates nationwide. But now, it looks like there’s a chance the federal government could do the unthinkable: actually take measures to decriminalize and recognize marijuana legalization laws nationwide. Well, it’s not quite as simple as that — but the feds are going to make a decision, and soon.

Despite the fact that a good number of Americans are still actively against legalizing marijuana, the Obama administration has at least been open to the idea — by silently sitting on the sidelines — of letting the states experiment. But as we all knew, there would come a point at which the feds would need to address what was going on. And it looks like we might get an answer sooner, rather than later.

Back in 2015, eight Democratic Senators sent a letter to the Drug Enforcement Agency, asking to reclassify marijuana, and to research the medical benefits cannabis presents. As it stands, marijuana is a Schedule 1 narcotic — meaning it has no recognized medicinal value, and is highly dangerous and addictive. Clearly, that’s not accurate, as there have been a slew of medical benefits discovered over the years.

That group of Senators was led by Elizabeth Warren, who wrote “many states and localities are moving forward with policies that facilitate the availability of medical marijuana,” and that “relevant federal agencies must play a leadership role in coordinating and facilitating that (marijuana-related) research if we are to ensure that public policy in this area is supported by our best science.”

Though federal agencies have until now been sitting on their hands in regards to marijuana policy, the DEA has sent a letter in response, at the very least acknowledging that public opinion and policy around cannabis has shifted dramatically.

“Our agencies are committed to working together, along with federal, state, and local entities, to facilitate research and development efforts in accordance with the law,” the letter says. “We support research on marijuana and its components that applies with applicable laws and regulations to advance our understanding about the health risks and potential therapeutic benefits of medications using marijuana or its components or derivatives.”

The letter doesn’t give any indication that the federal government plans on rescheduling marijuana, or adopt some kind of special framework to support legalization. But the very fact that the DEA and other agencies are willing to stop stonewalling, and give the existing policies and regulations a serious look is a very big deal. After decades and generations of basically zero-tolerance for even medical laws (just look at a list of raids on medical dispensaries, or private growers throughout the years), government officials are finally starting to push back on federal prohibition — even drafting laws to strip them of power.

What the DEA’s letter does transmit is that they know they’re on the losing side of the battle. Voters are pushing for legalization, along with all of the economic benefits it has brought to states like Washington and Colorado. At the very least, Americans have grown tired of the futile War on Drugs, and find it hard to justify criminalizing a substance that is, for all intents and purposes, safer than other substances that can be purchased at a local convenience store.

Under Obama’s watch, the federal government has let legalization efforts more or less move forward without interference. That could all change under a new president, which makes the whole legalization movement very fragile — if a drug warrior candidate were to win office, they could pull the plug on states which have voted in legalization laws. That’s what makes the DEA’s letter so important — if Congress and federal agencies in charge of drug policy can make the required fundamental changes to federal law to decriminalize or legalize marijuana, then those state laws would be preserved, or at least stand a better chance.

Right now, it’s all determined by who’s in charge. And that’s scary for investors and entrepreneurs who have put considerable time and effort into building marijuana industries in legal states.

So, the DEA’s letter doesn’t say that legalization is coming, but it’s a big deal nonetheless. The message seems to be getting through in Washington D.C., and with some big state-level legalization decisions due this election year, we may be on the precipice of a new era in federal drug policy.