It’s official: The youngest member of the Kardashian-Jenner brood is now a mother. On February 1, 2018, Kylie Jenner welcomed a baby girl into the world after months of pregnancy secrets and speculation (but really, she wasn’t fooling anyone).

When the news broke, the internet went wild. We, however, are much less concerned with Kylie’s actual birth announcement, and far more interested in her interior design skills, especially when it comes baby Stormi’s bedroom.

Will her nursery look just like Kim or Kourtney’s? Will it be brightly colored, or more subdued? Lucky for you, we’ve got the answers.

Here’s what we know about Kylie’s nursery, and how it compares to her sisters’.

Does Kylie have not one, but two nurseries? 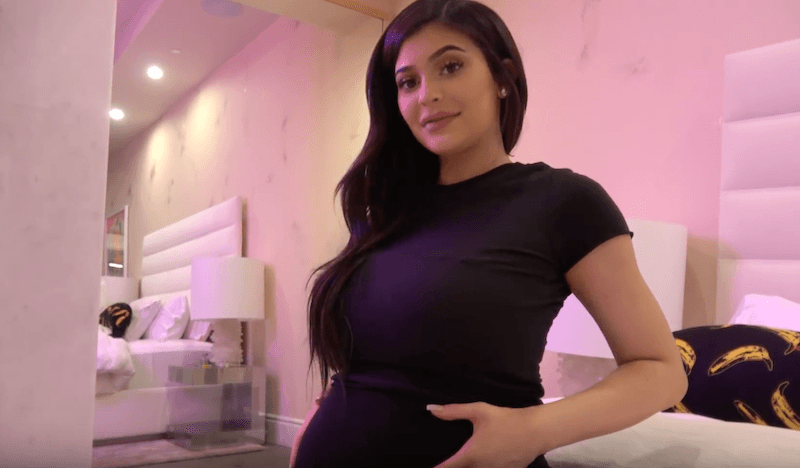 She decorated two rooms for her new baby. | Kylie Jenner via Youtube

While she was still pregnant, Kylie did, in fact, set up two rooms for her girl. Because, well, why not? (It’s excessive, that’s why.)

A source told E! News that Kylie was “obsessed with buying things for the baby and figuring out what the nursery will look like.” And with the amount of space in Kylie’s giant home(s), it’s no wonder the reality TV star was eager to get another home renovation project under way.

Next: We were pleasantly surprised by her color scheme.

Classic in pink and white She went for a baby girl classic. | Kylie Jenner via Instagram

When it came down to picking a color scheme, the lip kit mogul made sure to steer clear of wacky shades and of-the-moment hues. Thank goodness.

Instead, Kylie stuck to the classics and decked out her daughter’s space in light pink and white. Furthermore, the source told E! News, “She wanted it to be very clean and simple.”

A sophisticated move for the over-the-top reality star, indeed.

Rows and rows of shoes and clothes 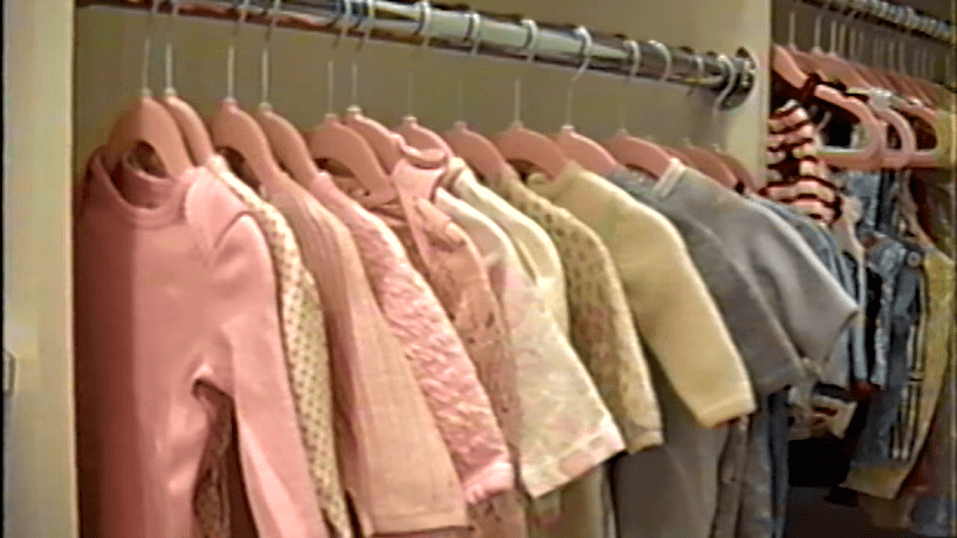 The baby has better clothes than most adults. | Kylie Jenner via Youtube

Someone should probably tell the new mom that babies have a tendency to split up. And that newborns can’t walk. Because by the looks of her little one’s closet, she clearly isn’t aware.

But would we ever think the selfie-obsessed star would care? No.

Enter Stormi’s soon-to-be-soiled collection of kicks and threads. In the YouTube video that immediately went viral, the new mom gave the world a sneak peek into the baby’s nursery, including her closet. To no surprise, rows upon rows of baby shoes and clothes abound.

In the video, Kylie makes special note of a pair of Nike’s, which were given to her by bestie Jordyn Woods. As for the clothes? We’re fairly confident just about every piece cost a pretty penny.

Next: Here’s how Kylie’s nursery compares to Kim’s. 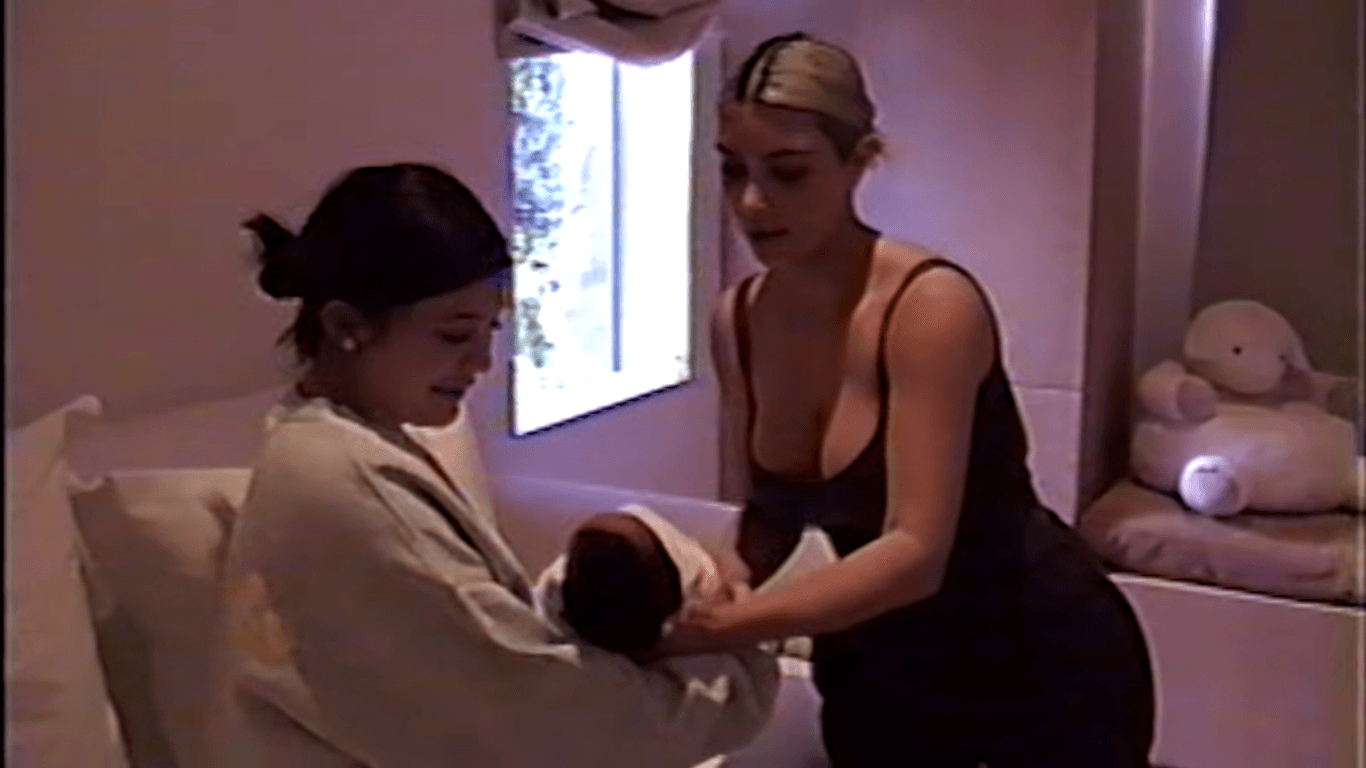 As the queen of the clan (aside from momager Kris, of course), Kim Kardashian West is, well, a bit obsessed with herself. From her vapid presence on social media to her addiction to makeup, clothing, and the like, this is one Kardashian we don’t mind not keeping up with.

Both Kim and her husband Kanye West are admittedly obsessed with home decor, interior design, and the fashion industry. (We’d be remiss not to mention their mutual love of closet organization — the most boring activity any couple has ever claimed as a shared pastime.)

Kim confirmed to Architectural Digest that baby Chicago’s nursery is no different than the rest of the house, which features light woods and soft, natural colors. For example, there’s a “really fluffy cream rug,” along with a handful of other expensive pieces.

Next: Just wait until you hear how much she dropped on the crib. 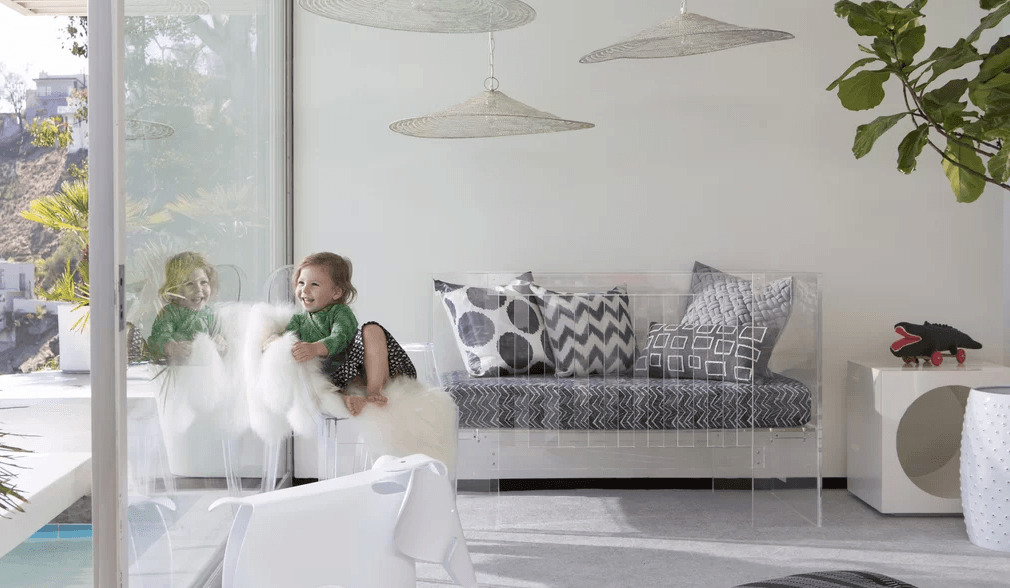 She got the Bentley of cribs. | Wayfair

As we were saying, Kimye spares no expense, so why would they when it comes to their three kids? To get the room ready for baby No. 3, the couple enlisted the help of go-to designer Axel Vervoordt.

The picture-perfect nursery features a custom-made changing table, a glider chair and ottoman, and, of course, a crib. But it’s not just any crib. Kimye has a Vetro Lucite crib. Architectural Digest notes Vetro cribs sell for about $4,500.

That’s a whole lot of diapers.

Next: Khloe’s baby isn’t here yet, but she’s getting ready. It’ll go back to being a bedroom. | Khloe Kardashian via Instagram

Everyone’s favorite Kardashian may still be pregnant, but she’s already revealed a few interesting details about the baby’s room. Khloe is expecting her first child with NBA star Tristan Thompson, and you better believe this kid is going to be loved. Because, let’s be honest, Khloe is by far the best auntie any of the Kardashian offspring have ever known.

After Khloe bought her house from Justin Bieber in 2014, she turned one of the bedrooms into a massive closet. Said bedroom is located right next to her master, though, which makes it the perfect location for a nursery.

According to TMZ, the bedroom-turned-wardrobe will be transformed back into — you guessed it — a bedroom for her little bundle of joy. And we couldn’t be more thrilled for Khloe.

Next: There’s one thing Khloe and her sister disagree on when it comes to the nursery. 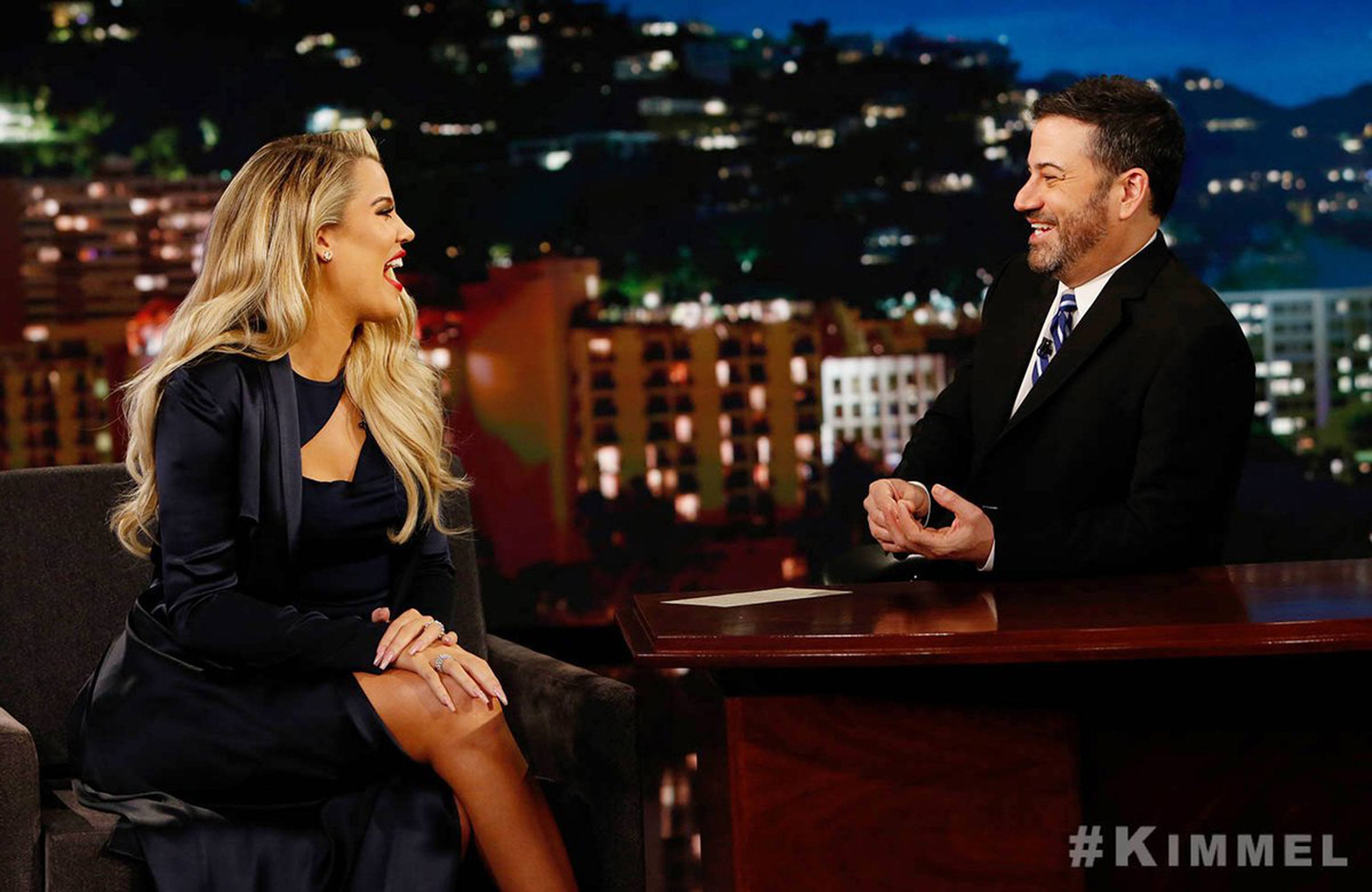 She is a lot more relatable than some of her other sisters. | Jimmy Kimmel Live via Twitter

Khloe, we feel you. All those late night feedings and midday naps — who wouldn’t want a little mindless entertainment in a newborn’s room?

Khloe admitted to Jimmy Kimmel that she does, in fact, want a TV in the nursery. You know, for when she’s breastfeeding and the like. But big sister Kourtney? Well, she’s totally against it, which isn’t too surprising.

In addition to keeping a completely plastic-free household, the mother of three isn’t a fan of television, either (ironic, we know). But Khloe is, so she should go ahead and do what she wants.