You probably know all about Amelia Earhart and her story. Or at least, you think you do. The revolutionary female pilot became the first woman to fly alone across the Atlantic Ocean. She may also have made it all the way around the world, if her plane did not vanish over the Pacific in 1937. Recently though, Earhart made headlines again for a shocking reason. Read on to learn 10 new facts about the pioneering aviator, including one amazing tidbit you probably did not know.

1. The first time she saw an airplane, she went ‘meh’

She started hanging around hangars to meet pilots. | Getty Images

In Last Flight, a collection of diary entries published after her death, Earhart said she felt unmoved by “a thing of rusty wire and wood” at the Iowa State Fair in 1908. She actually discovered her love for aviation when she worked as a nurse’s aide in Toronto. At that time, she and her friends hung out at hangars and flying fields, mostly to meet pilots. It actually took until 1920 for Earhart to even step foot on a plane as a passenger.

Next: For Earhart, flying was a girl’s club.

2. She learned to fly from another woman

She then began giving lessons herself. | Hulton Archive/Getty Images

Neta Snook made history as the first woman to run her own aviation business and commercial airfield. She gave Earhart flying lessons in Long Beach, California in 1921. The teacher and mentor reportedly charged $1 in Liberty Bonds for every minute they spent in the air together. Today, Earhart holds more fame than her teacher, but Snook deserves accolades, in her own right.

Next: Flying across the ocean was not Earhart’s only record.

3. Earhart became the first to do a lot of things

She was the first in many domains. | Central Press/Hulton Archive/Getty Images

The aviator eventually became the first woman to fly across the Atlantic as a passenger in 1928. She also became the first to fly solo in 1932, and then nonstop from one American coast to the other in 1932. The pilot also set records among both genders when she became first to fly solo from Honolulu to Oakland, Los Angeles to Mexico City, and Mexico City to Newark, all in 1935.

In addition, Earhart joins John Glenn and George H.W. Bush in earning an Air Force Distinguished Flying Cross. She ranks as the first woman — and one of few civilians — to earn the honor.

Next: Before she became famous — and even after — she did a lot of other things.

4. The pilot worked a lot of odd jobs

She held several other jobs as well. | Staff/AFP/Getty Images

In addition to volunteering as a nurse’s aide, Earhart additionally worked as a telephone operator and tutor. Earhart also served as a social worker in Boston, at which time she received the invitation to fly as a passenger across the Atlantic in 1928. At the height of her career, she also gave speeches, wrote articles, and provided career counseling at Purdue University’s Department of Aeronautics. You know, in between flying around the world breaking records.

Next: The pilot got a lot of support from her loved ones.

5. Adventure ran in her family

While Earhart’s father reportedly feared flying, her mom had an adventurous streak, too. Amy Earhart even used some of her inheritance money to help pay for Earhart’s first plane. Before she started her family, Earhart also made history as the first woman to ever climb Pikes Peak in Colorado. Sounds like a case of really good genes.

Next: Although she showed promise, Earhart had a hard time with this institution.

Amelia was not super into the whole school thing. | Sasha/Getty Images

After working as a volunteer nurse’s aide in Toronto, Earhart took pre-med classes at Columbia University in 1919. She got good grades, but dropped out after only a year to do other things. Later, she re-enrolled at Columbia in 1925 but left school again before completing her degree. The aviator also took summer classes at Harvard, but gave up for good after she failed to receive a scholarship to MIT.

Next: She did not limit herself to making strides in aviation, either.

7. Earhart launched one of the first celebrity clothing lines 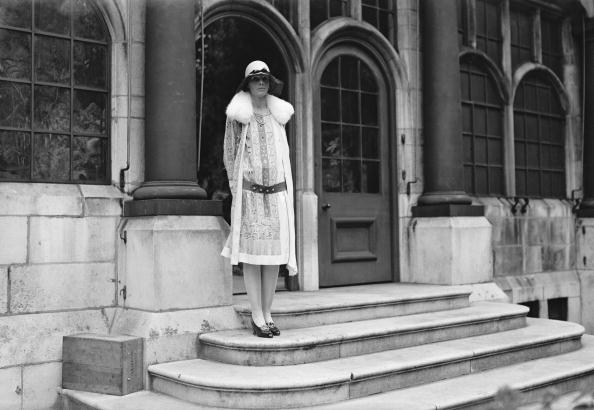 Amelia Earhart Fashions retailed exclusively at Macy’s and Marshall Field’s, and she made sure the average woman could afford them. The line’s dresses, blouses, pants, suits, and hats featured aviation-inspired details, like propeller-shaped buttons. Like many young women of the time, Earhart knew her way around a needle and thread. She studied sewing as a kid, and even made her own samples for the line.

Next: Over her career, she made some high-profile friends.

9. She and this first lady got along well 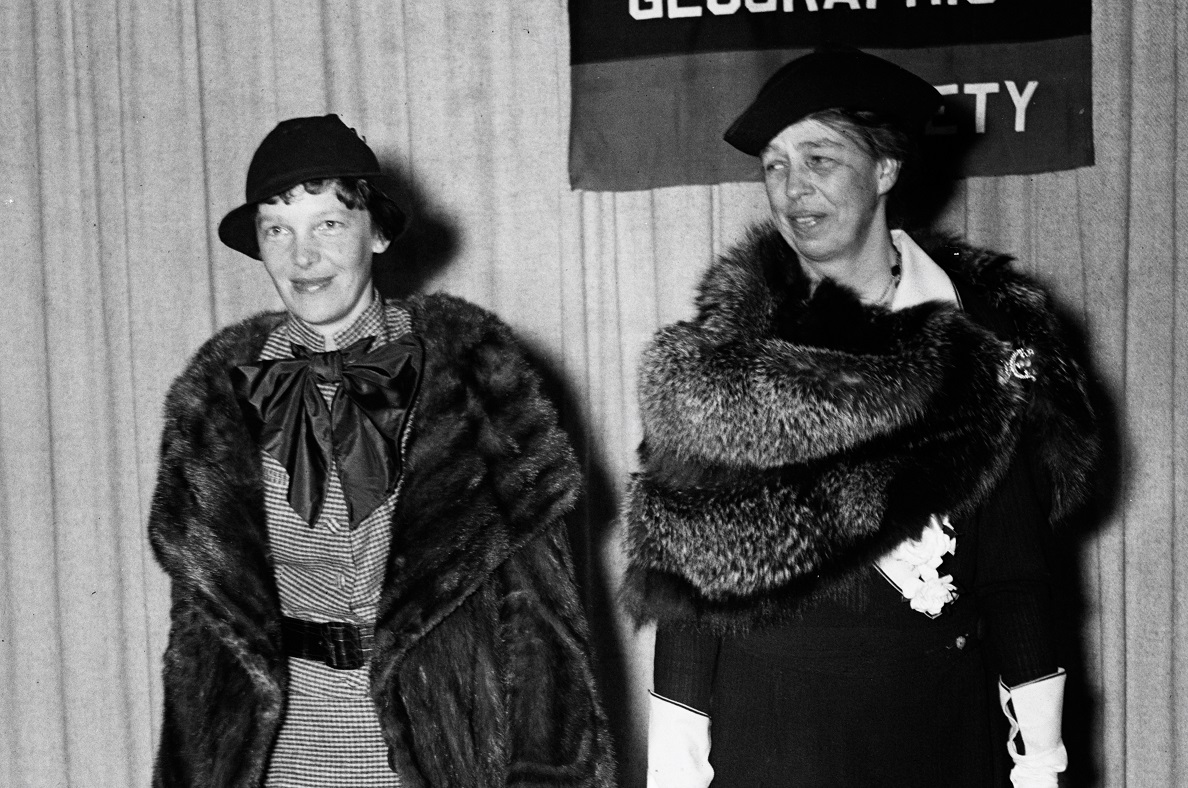 She became friends with the first lady. | Library of Congress/Wikimedia Commons

You might think her busy schedule left little time for socializing, but Earhart did have friends. She and first lady Eleanor Roosevelt became pals in 1932. Inspired by her buddy, Roosevelt even began working toward her own pilot’s license. She applied for and received a student permit and physical examination, but never went through with the rest. Talk about a power (friend) couple!

Next: The government did all they could when she went missing.

8. The government spent a crazy amount looking for her

Her loss was a national tragedy. | Walter Bellamy/London Express/Getty Images

At the time, the hunt for Earhart and her plane ranked as the most expensive air and sea search in history, at about $4 million. Earhart’s plane disappeared on July 2, 1937. Officially, the search ended a little over two weeks later, on July 19. But her husband, George Putnam, financed a private search, after that. He chartered boats to the Phoenix Islands, Christmas Island, Fanning Island, the Gilbert Islands, and the Marshall Islands. Officially, nothing ever came of it.

Next: People formulated their own theories, however.

10. Some think she died in Japanese custody

Retired journalist Mike Campbell, who authored Amelia Earhart: The Truth at Last, maintains a theory. He believes that Earhart and her navigator, Fred Noonan, got captured in the Marshall Islands by the Japanese, who thought they were American spies. The researcher thinks they were tortured and died in custody. While some clues did make that seem plausible, no conclusive evidence ever emerged.

Next: New information may finally solve the mystery.

11. But her bones may have been found, at last

Some thing=k that her bones have already been found. | Fox Photos/Hulton Archive/Getty Images

A new scientific study claims that bones found in 1940 on the Pacific Island of Nikumaroro belong to Earhart, despite a 1941 forensic analysis that linked the bones to a male. A new study, Amelia Earhart and the Nikumaroro Bones by University of Tennessee professor Richard Jantz, makes a convincing case.

Jantz compared the lengths of the bones to Earhart’s measurements, based on photographs and information found on her pilot’s and driver’s licenses. He said Earhart’s bones appeared “more similar to the Nikumaroro bones than 99 [percent] of individuals in a large reference sample … In the case of the Nikumaroro bones, the only documented person to whom they may belong is Amelia Earhart,” Jantz concluded.