These Foods Hurt the Environment More Than You Think

Some of your favorite foods might not be good for the planet. | Jerry Lampen/AFP/Getty Images

You know certain foods are bad for your body, but what about the ones that are bad for Mother Earth? Unfortunately, many of our mealtime favorites aren’t so kind to the planet. They might require lots of water to produce, create greenhouse gas emissions, generate lots of waste, or contribute to deforestation, among other problems.

If you’re worried about the planet’s health, you need to start somewhere. You can begin by giving up, cutting back on, or looking for more eco-friendly versions of these nine foods, which environmentalists say might be causing a lot of damage to our planet.

When it comes to foods that are bad for the environment, most people probably think of beef — and for good reason. Beef production requires far more water, land, and nitrogen fertilizer, and it creates more greenhouse gas emissions than other forms of animal protein, scientists have found. The massive amount of grain needed to feed most cattle is partly to blame, but even grass-fed cows have a bigger environmental impact than other animals, The Guardian reported.

“The biggest intervention people could make towards reducing their carbon footprints would not be to abandon cars, but to eat significantly less red meat,” Tim Benton, a professor at the University of Leeds, told the newspaper.

Next: This little creature makes a big environmental impact.

Beef gets a lot of bad press, but it’s not the only red meat that’s bad for the environment. Lamb, along with beef, had one the biggest impacts on greenhouse gas emissions, a study conducted by researchers at Lancaster University and RMIT University found.

Part of the problem is lambs are “big burpers,” as environmental website Grist explained, which means they add a lot of methane to the atmosphere. However, the issue of lambs’ environmental impact might not be so cut and dried. Grazing lambs can help control invasive weeds and provide other environmental benefits. And they also produce wool, an alternative to man-made clothing fibers, industry experts told Grist.

Next: This might not be a healthier choice after all.

Americans are eating more seafood, which is good news for our health but not necessarily great news for the ocean. Not all fish that ends up on your plate is sustainably caught, and overfishing is threatening the survival of some species, according to the World Wildlife Fund. (Plus, some of it might not even be the fish you think it is.) If you’re worried about whether the fish you’re eating is sustainable and safe, check out resources, such as the Monterey Bay Aquarium’s Seafood Watch or the Environmental Defense Fund’s Seafood Selector.

Given concerns about wild-caught fish, you might think farmed fish would be the smarter environmental choice. But that’s not always true. People also have concerns about the environmental effects of aquaculture, or fish farming. Fish farms in the ocean can pollute the surrounding environments. (Tanks on land help avoid this problem.) And some of the fish we farm still need to be fed with wild fish, Paul Greenberg, who wrote a PBS documentary called the Fish on My Plate, told NPR. If you like seafood and care about the planet, you’ll want to pay attention to how your fish was caught and where it was raised.

Next: A trendy beverage isn’t as great as you might think.

They require a lot of water to grow. | Justin Sullivan/Getty Images

Almonds are tasty and healthy, which has inspired many people to incorporate more of them into their diets. They’re also used to produce popular brands of non-dairy milk. The problem, some say, is growing almonds requires a lot of water (though not as much as is needed to produce dairy milk).

Those thirsty almond trees are often grown in California (which produces 80% of almonds worldwide), where water is scarce. Farmers are sucking up ground water to grow this profitable cash crop, according to a 2014 report in Mother Jones. And the overpumping is causing the ground to sink and might even contribute to earthquakes. Mass almond cultivation could also be contributing to honeybee die-off.

Next: Many products use this.

Palm oil is the most widely consumed vegetable oil on Earth, according to the World Wildlife Fund. Although you might not have a bottle of it in your pantry, it’s in many foods you might buy, including chocolate, Nutella, margarine, and cookies. Unfortunately, humanity’s insatiable demand for palm oil is contributing to deforestation in Indonesia and Malaysia, the two countries where most palm oil is produced.

Clearing forests to grow oil palm trees contributes to global warming, according to the Union of Concerned Scientists. And also it leads to habitat loss in one of the most biodiverse areas of the world. Some companies have committed to using environmentally friendly palm oil, and you can look for products made with certifiable sustainable palm oil.

Next: You probably can do without this.

A lot of oil goes into the production of single-use plastic bottles. | George Frey/Getty Images

You probably already know bottled water isn’t great for the environment, but how bad is it, really? More than 17 million barrels of oil every year are needed just to produce the plastic bottles that contain the water, according to Ban the Bottle, which advocates for eliminating single-use bottles of water. And many are never recycled. Some of that plastic ends up in the ocean, where it can make its way into the food chain, the New York Times reported.

Then, there’s the water itself. Some of it is shipped from thousands of miles away, some comes from states that have recently suffered from water shortages, and some of it comes from the same place as your tap water. The bottled water industry says it takes steps to use water responsibly and encourages people to recycle empty containers. But given that bottled water is no safer than tap water, you should do the Earth a favor and give it up.

Next: This one gives us a jolt.

There is a lot of waste involved in your morning brew. | David Gannon/AFP/Getty Images

It’s a question that troubles eco-minded caffeine addicts: Is my morning cup of coffee bad for the environment? In some cases, the answer is yes. If you’re getting your daily jolt at Starbucks or another coffee shop, chances are your beverage is in a cup that eventually ends up in the trash. Using coffee pods at home also produces a ton of waste. Plus, coffee requires a lot of water — a single cup takes 37 gallons, according to KCET.

Then, there’s the way coffee is produced. The vast majority coffee you buy in the U.S. has to be shipped from somewhere else. And it’s also roasted. Both steps add a lot to its overall carbon footprint, according to Serious Eats. In addition, much of the world’s coffee production involves clearing forests and planting in full sun, rather than growing coffee in the shade, which is generally better for the environment. Intensive coffee production can lead to deforestation, less biodiversity, and soil depletion, according to researchers at the University of Texas.

Next: This isn’t sweet news. 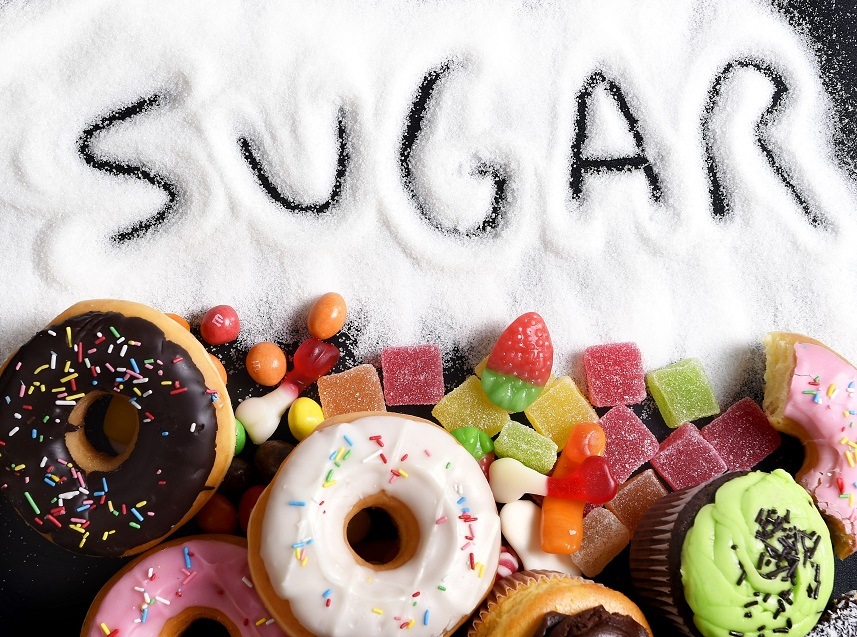 Sugar is bad for your health and the environment. | iStock.com/OcusFocus

You already know eating too much sugar is bad for you. Now, it turns out producing all that sweet stuff is not so great for the planet either. Sugarcane needs a lot of water, and its cultivation has contributed to biodiversity loss, according to the World Wildlife Fund.

Silt and fertilizers from sugarcane production can pollute surrounding ecosystems, including coral reefs. And sugarcane cultivation has contributed to significant deforestation in Brazil. However, most sugar consumed in the U.S. actually comes from sugar beets, according to Grist, which raise their own set of environmental concerns related to GMOs and pesticide use. Environmentalists with a sweet tooth might want to look to maple syrup or honey as a sweetener instead, the site suggested.

Next: There are many reasons to cut back on this.

A worker collects fast food containers and other trash from the street in Oakland, California. | Justin Sullivan/Getty Images

Our penchant for quick and easy meals is doing some serious damage to the planet, according to environmentalists. Fast food packaging is rarely recycled. And some of it never even makes it to the trash bin. Instead, it litters roadways and polluting waterways and oceans, according to the National Resources Defense Council.

Plus, some fast food packaging contains harmful chemicals linked to health problems and which can linger for years in landfills, potentially contaminating groundwater, a 2017 report by the Silent Spring Institute found. All that is on top of the energy to produce your burgers and chicken sandwiches. That said, some fast food chains are making an effort to be more eco-friendly, using more organic and local ingredients and offering compostable packaging, for example.