We know who the most hated U.S. presidents are, but what about the most admired? What causes a nation to fall in love with a president; what solidifies a legacy? C-SPAN’s academic advisers recently put out a survey to conclude a ranking of U.S. presidents as of the year 2017. In this survey, historians and other professional observers of the presidency were asked to rate presidential qualities from one (“not effective”), to ten (“very effective”). Here’s what they found:

Bill Clinton was the 42nd president of the United States, from 1993 to 2001. At age 46, he became the third youngest president to ever be elected. He is most prominently known for “not having sexual relations with that woman” and his 1998 impeachment, so why is he ranked among the most-liked presidents of the U.S.? The historian survey results show him having high scores for public persuasion, economic management, and pursued equal justice for all. By the time he left office, Clinton had the highest end-of-office approval rating of any U.S. president since World War II.

The White House website refers to James K. Polk, the 11th president of the United States, as a “dark horse,” and “the last strong president until the Civil War.” He served from 1845 to 1849 and is best known for his territorial expansion of the nation through the Mexican-American War. Though he expanded the United States by a great deal, the acquisition was the beginning of a heated disputed between the North and South over the expansion of slavery. He was ranked so high among historians due to his ability to set an agenda, his crisis leadership, and his administrative skills.

James Monroe was the fifth president of the United States, and the last of the founding fathers to serve. His term ran from 1817 to 1825. You might know him from the Monroe Doctrine, responsible for halting further European colonization in the Americas and strengthening American foreign policy as a result. What made him a good president were his international relations, his performance (within the context of the times), and his administrative skills.

Still fresh in the minds of Americans, as well as the rest of the world, Barack Obama served from 2009 to 2017 as the 44th president of the United States. A few of the key items Obama is known for during his time as president are the legalization of same-sex marriage, doubling the number of female judges on the Supreme Court, lowering greenhouse-gas emissions about 12% in the U.S., the American Recovery and Reinvestment Act, and Obamacare. Among historians, he’s ranked as the 12th best president due to his pursued equal justice for all, public persuasion, and moral authority. 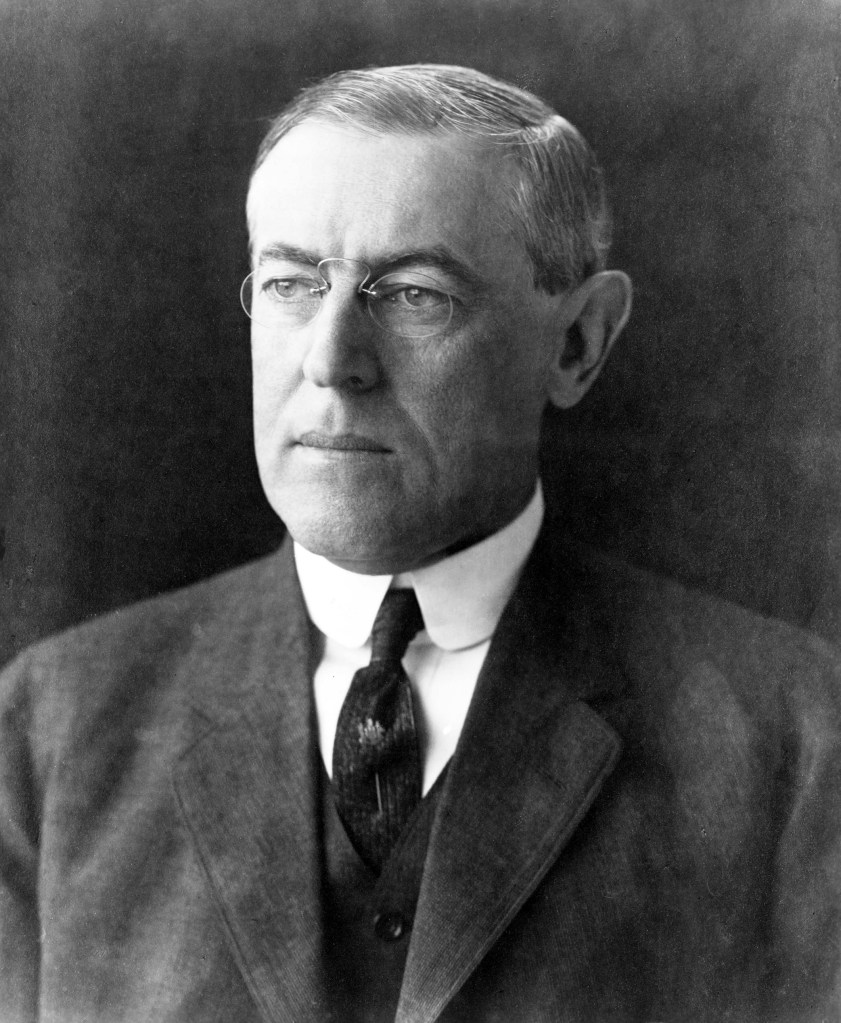 The 28th president of the U.S., Woodrow Wilson, led America through World War I, and is responsible for the Versailles Treaty’s “Fourteen Points,” a 14-point blueprint for world peace. He also created the Federal Reserve and was an adamant supporter of the 19th Amendment, which gave women the right to vote. He’s rated high on the list of presidents because of his vision, public persuasion, and moral authority.

Lyndon B. Johnson was the 36th president of the United States. He was initially elected as vice president in 1960, and became the 36th president in 1963 when John F. Kennedy was assassinated. According to Biography, “During his administration, Johnson initiated the ‘Great Society’ social service programs, signed the Civil Rights Act into law, and bore the brunt of national opposition to his vast expansion of American involvement in the Vietnam War.” He’s rated at No. 10 on the list of presidents due to his pursued equal justice for all, relations with Congress, and his vision.

Coming in at No. 9 is the 40th president of the United States, Ronald Reagan. Reagan is known for redefining the purpose of government and pressuring the Soviet Union to end the Cold War. He cemented what it means to be a Republican for years even after his presidency ended. He’s ranked so high among historians because of his gift for public persuasion, his overall vision, and his positive international relations.

John F. Kennedy was the 35th U.S. president, serving from 1961 until he was assassinated in 1963. He negotiated the Nuclear Test-Ban Treaty, prohibiting the testing of nuclear weapons in outer space, underwater or in the atmosphere, and initiated the Alliance for Progress, aimed at establishing economic cooperation between the United States and Latin America. He earned his ranking with his public persuasion, vision as president, and crisis leadership.

Thomas Jefferson was an American founding father and a draftsman of the Declaration of Independence, in addition to being the third U.S. president. He served from 1801 to 1809. Before he became president, he was also the nation’s first secretary of state from 1789 to 1794, and the second vice president between 1797 and 1801. As president, he’s best known for the Louisiana Purchase, a deal that acquired roughly 828,000,000 square miles of territory from France, doubling the size of the young republic. He earned his rating with his presidential vision, public persuasion, and performance (within the context of the times).

Harry S. Truman was the 33rd president of the United States. He was sworn in after the sudden death of Franklin D. Roosevelt on April 12, 1945, after just 82 days of serving as vice president. Truman left a mark on U.S. history by dropping the atomic bomb on Japan, ending World War II. He also started the Cold War with his policy on communist containment, and he initiated U.S. involvement in the Korean War. Why did he rate so well among historians? His crisis leadership, international relations, and pursued equal justice for all.

Before Dwight D. Eisenhower was the 34th president of the United States, he was the U.S. Army chief of staff, and then the first Supreme Allied Commander of the North Atlantic Organization (NATO). In 1952, he was elected president. He was most known for promoting Atoms for Peace at the United Nations General Assembly in an effort to ease Cold War tensions. He earned his ranking on this list with his moral authority, crisis leadership, and performance (within the context of the times).

At age 42, Theodore (Teddy) Roosevelt was the youngest man to become president after President William McKinley was assassinated in 1901. He was the governor of New York prior to becoming the 26th president of the United States. He’s known for his foreign policy, corporate reforms, and ecological preservation. He also won the Nobel Peace Prize for his part in ending the Russo-Japanese war. He solidifies his spot at No. 4 with his public persuasion, his vision as president, and his performance.

As Franklin D. Roosevelt was elected four times, it’s no surprise that he ranks high on the list of presidents. He served from 1882 to 1945 as the 32nd U.S. president. He led the United States through the Great Depression and World War II, and expanded the powers of the federal government with his New Deal, a series of experimental programs aimed at restoring the job market after the 1929 stock market crash. “Roosevelt’s social programs reinvented the role of government in Americans’ lives, while his presidency during World War II established the United States’ leadership on the world stage,” states Biography. He’s ranked at No. 3 on the list due to his high scores for public persuasion, crisis leadership, and his ability to set an agenda.

Before George Washington became the first president of the United States, he was a leader of the Continental Army in the American Revolution. During his time as president, Washington and his colleagues realized the need for a new constitution that would allow for more authority from the national government. Together they came up with a plan for government that both addressed the country’s current issues and would stand the test of time. When the convention adjourned, Washington and his support for the new government became invaluable to the Constitution’s ratification. A powerful and popular leader, Washington is ranked as the second most-loved president of all time. Historians placed him so high on the list for his performance (within the context of the times), moral authority, and crisis leadership. 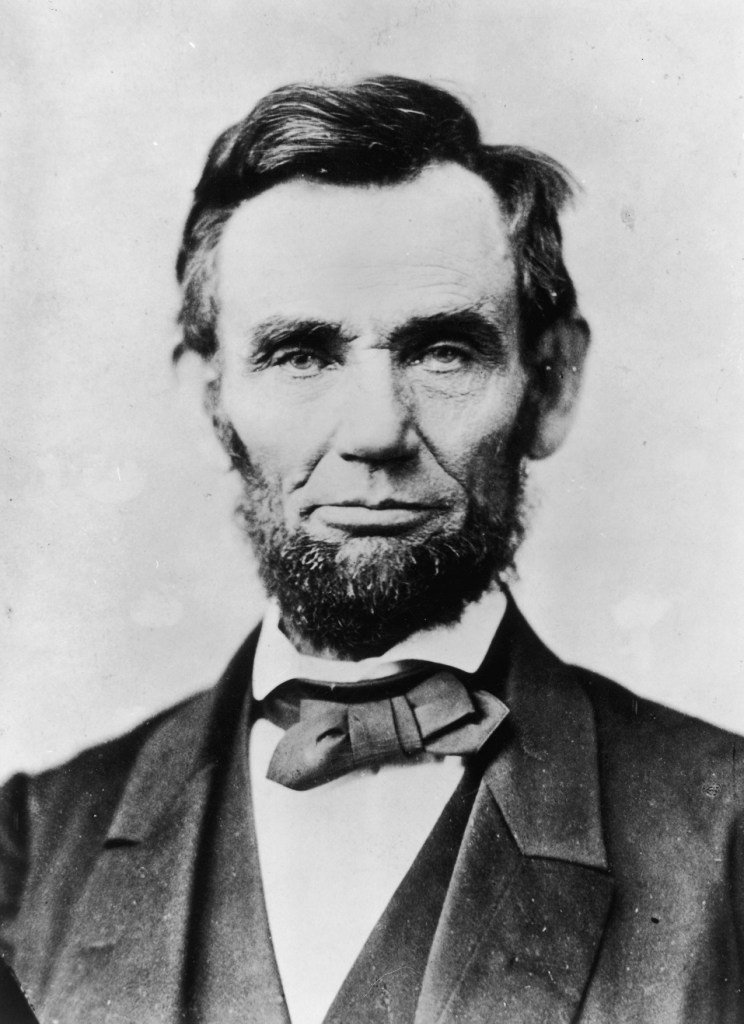 Lincoln is at the top of the list — the most adored president of all time. Not only is he admired by historians for his crisis leadership, vision, and performance, but he consistently makes different lists discussing the best presidents of all time, typically ranking at No. 1. He’s responsible for the emancipation of slaves and preserving the Union during the Civil War. “His eloquence of democracy and insistence that the Union was worth saving embody the ideals of self-government that all nations strive to achieve,” says Biography of the 16th president. “Lincoln’s distinctively human and humane personality and incredible impact on the nation has endowed him with an enduring legacy.”