Manly Libation of the Week: The Old Fashioned

Nothing calls for some brats and cheese curds like an Old Fashioned. Born in Wisconsin (where its brandy-base and muddled goodness is more of a religion than a mere cocktail) this Mad Men-beloved adult beverage is well worth adding to your happy hour rotation.

The history of the Old Fashioned

A tantalizing concoction made with sugar and bitters, this drink is considered the world’s first classic cocktail; so we guess it’s named as such with good reason. As it turns out, the first printed definition of a “cocktail,” (that we know of anyway) was in 1806, stating, “A Cock-tail is a stimulating liquor, composed of spirits of any kind, sugar, water, and bitters.” Therefore, a “whiskey cocktail” was essentially what we now consider as an Old Fashioned, with ice representing the water (oh-so-thankfully) in today’s recipes.

But as we all know, even the most classic of things evolve. (I mean, would you really want a first generation Rolls Royce? OK, maybe.) And by the end of the 19th century, it had become fashionable to add a dash or two of imported liqueurs such as absinthe or curaçao to the standard, signature whiskey drink. These were known as “fancy” or “improved” cocktails. Some people weren’t interested in these “enhancements” and instead began to qualify their drink order by requesting a no-frills “old-fashioned whiskey cocktail.” Thus, roughly, the Old Fashioned was born. By the early 20th century, further additions like the muddled orange slice and cherry made their way into the drink, but we still think it’s worth getting to befriend this cocktail the original, “Old Fashioned way,” — strong, simple, and whiskey forward. Beware: Tuesday night libation sessions lead to Wednesday morning regrets. If you’re a first-timer, you might be best advised to not start on a weeknight.

The folks at Wild Turkey, makers of iconic bourbon, certainly devoted a fair amount of time to creating the perfect Old Fashioned and playful riffs on the original. Below, the company shares its signature Old Fashioned drinks and some variations that will get you buzzing with good ol’ fashioned booze-infused happiness.

Directions: Add all ingredients to a mixing glass. Stir, and strain into a rocks glass. Serve on the rocks. Garnish with a lemon and orange peel. 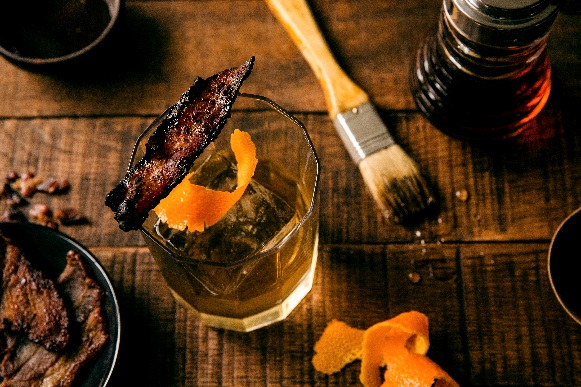 Directions: Add all the ingredients to a double old-fashioned glass, and stir to combine. Add 2-by-2-inch ice cube, stir again to optimal temperature, garnish, and serve.

For the allspice maple bacon infusion, place thick cut apple-smoked bacon in a pan and cook. Once the bacon begins to crisp, squeeze, pour, or brush enough maple syrup to cover the strips of bacon along with a dusting of ground allspice. Once the bacon begins to candy and crisp slightly, after a few seconds, flip the strips and repeat the process. Be careful not to burn it. Keep the maple bacon fat in order to infuse your rum.

Infuse a 750-liter bottle of Appleton Estate Reserve Jamaica Rum with 1 ounce of maple bacon fat in a closed container. Shake it a bit. Allow the mixture to sit for one hour at room temperature, and then place it in the freezer for 3 hours. After 3 hours, remove it from the freezer, spoon out the frozen solid material, and fine strain the liquid through cheese cloth multiple times to remove any small particles. Enjoy in cocktails such as the above Jamaican Maple Bacon Rum Old Fashioned. 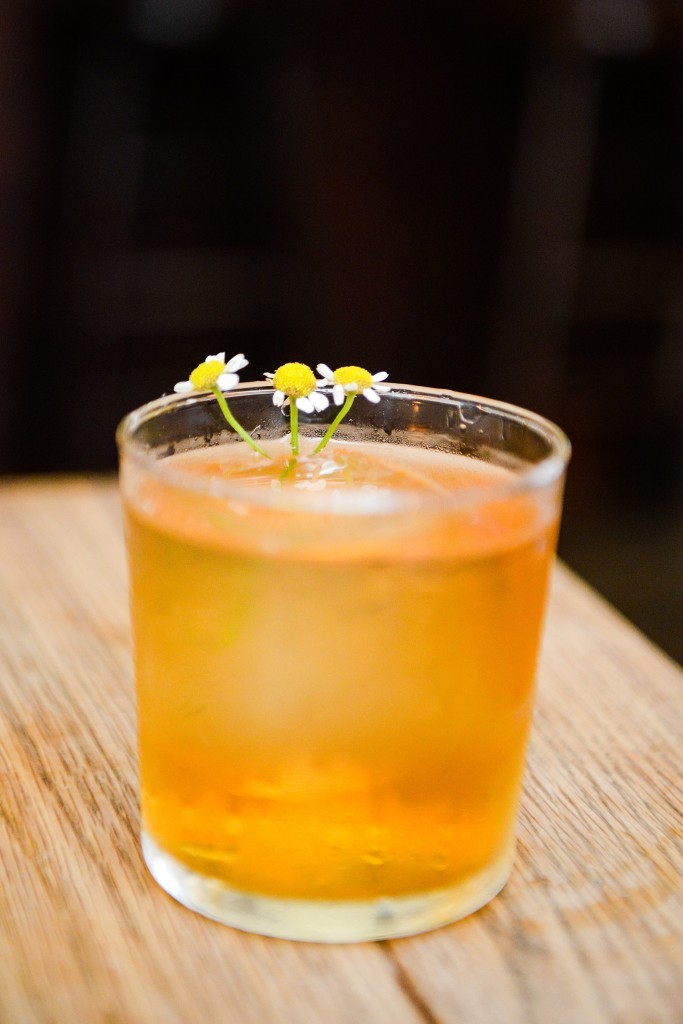 Directions: Stir with ice, and strain on fresh ice in a rocks glass. Spray with chamomile tincture. 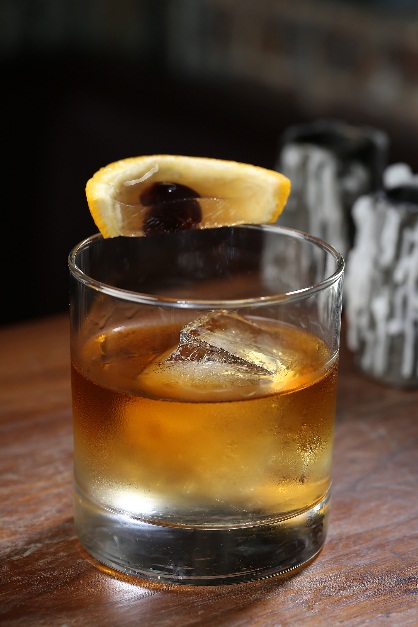