Manly Libation of the Week: The Rusty Nail 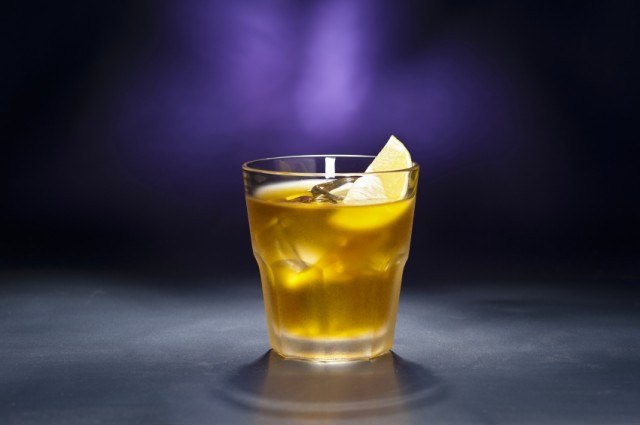 The History of The Rusty Nail

Relax, you don’t need a tetanus shot to enjoy a Rusty Nail. You will, however, need an appreciation for Scotch and Drambuie, the two main ingredients in this classic drink. The Great Mate explains that the drink first popped up in 1937, but it wasn’t officially given the name The Rusty Nail until the early 1960s. Interestingly, The Great Mate says the cocktail was favored by the Rat Pack, an infamous group that ruled the Hollywood scene in the ’60s.

The drink fell out of favor as lighter liquors became more popular, but Today’s Nest notes that a recent push for classic cocktails is giving The Rusty Nail a second chance to dominate the bar scene. Drambuie gives the smooth cocktail a hint of sweetness — the perfect complement to Scotch’s hot, smoky flavor. Sip on The Rusty Nail or one of its tasty variations — like The Enc(rust)ed Nail or The Smoky Nail — and you’ll be the coolest guy in the room.

Continue to page two for a traditional Rusty Nail recipe, in addition to a few manly variations.

Esquire notes that The Rusty Nail is a combination of “swank ingredients (Drambuie ain’t cheap), homey comfort (the liqueur and ice blunt any edge the liquor might have), and foolproof construction.” Sounds like the perfect drink to sit back and relax with after a long day.

Directions: Combine the Scotch and Drambuie in a double old-fashioned glass, add ice, and stir. Feel free to adjust the ratio slightly to suit your tastes.

Have a little fun with your cocktail, and give it an update using Liquor.com’s recipe. Scotch and Drambuie still play an important role, but lemon juice, maraschino liqueur, and bitters help enhance the taste of this classic drink.

Directions: Add all the ingredients to a shaker and fill with ice. Shake, and double strain into a Champagne flute.

Created by Stew Ellington and featured on Kindred Cocktails, The Smoky Nail pairs Drambuie with Laphroaig and lemon bitters, creating a drink that finds the perfect balance between sweet, sour, and smoky.

Directions: Add ingredients to a rocks glass with a few ice cubes and stir gently.