Marijuana Dabbing: Is the Cannabis Craze More Dangerous Than Smoking?

Carolina Panthers dabbing, with the dance move rather than the marijuana | Grant Halverson/Getty Images

In the days of reefer madness, any form of marijuana was a lightning rod for scorn and criticism. You were a no-good lazy hippie if you smoked a joint — and probably had some moral issues going on to boot. Additional research and changing public perceptions of marijuana use now show us that cannabis can be used for a number of medical treatments, and pose little risk to adults who light up occasionally. However, one form of marijuana consumption has even the strongest of marijuana advocates concerned that it could worsen the perception of cannabis use in general.

Enter the method called “dabbing,” a term for inhaling marijuana concentrates that happens to share the same name as a dance move the Carolina Panthers made famous at the end of the 2015-2016 NFL season. (The jury’s still out on whether the dance move started as a reference to the marijuana use.)

Regardless of whether the dance and the drug are related, it’s safe to say both have risen to popularity in the past few years. Marijuana dabbing, in particular, has continued to grow as more states legalize cannabis use — either for medical or recreational purposes.

Marijuana dabbing: What is it?

Though a majority of Americans now support marijuana use, especially for medical purposes, dabbing looks different than smoking a joint or eating a brownie. As Leafly explains, dabbing is essentially heating a form of marijuana concentrate over a heat source, and inhaling the vapor. The process is somewhat like inhaling other vaporized forms of marijuana, except that it is much stronger than the oil or bud you would typically use.

You’re most likely to find one of these concentrates in a waxy form. Different strains of marijuana buds have varying levels of THC — the psychoactive component in marijuana that produces the “high” effects. In most cases, traditional marijuana products won’t have more than 20% THC. Marijuana dabs also vary in THC content, but instead vary from 50% to 90% THC, LA Weekly reports.

Why dab at all? 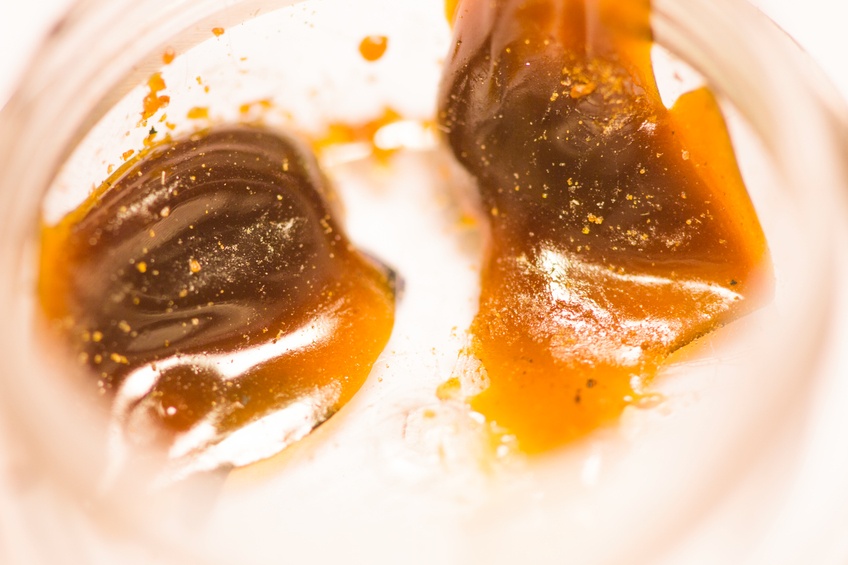 Since the concentrates have a much higher THC content than most marijuana products, the effects of dabbing are much more intense, and also much faster. Some concentrates are made specifically to treat cancer patients, for example, either to help them regain an appetite or relive pain. The effects are quick, and doesn’t include putting the smoke in a patient’s lungs that smoking four or five joints would, Justin Kander, the research and development coordinator for concentrate supplier Aunt Zelda’s, told LA Weekly.

Dabbing is also used recreationally, but most experts warn that novice or occasional users should avoid dabbing — or start with an extremely small dose if they can’t help their curiosity. Though that sounds like common sense, dabbing runs a higher risk of complicated side effects than traditional smoking does.

Overdoses and addiction with marijuana dabbing 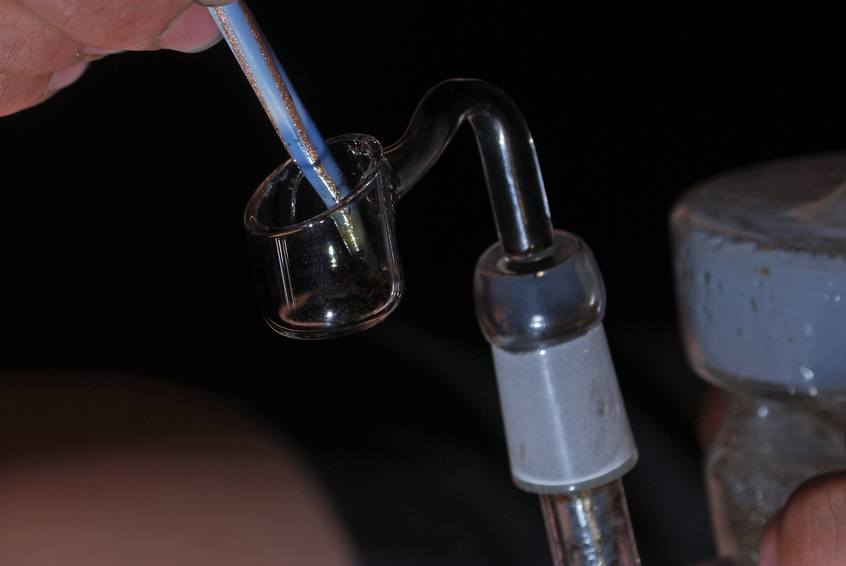 It’s been chanted for years that marijuana doesn’t cause addiction, and that overdoses aren’t a real thing. It’s true that no one has fatally overdosed on any sort of marijuana — dabbing and concentrates included. However, overdoses with nasty side effects are definitely possible, especially when it comes to novice users dabbing with too high of a dosage. In the worst cases, sources like The New York Times have reported some people can pass out after inhaling the concentrates, or experience extreme paranoia.

Most experts say that additional research is needed to know just how much of an effect dabbing can have. However, there is evidence to suggest that the more extreme highs could contribute to addiction. “Addiction is a bio-psycho-social-spiritual disease,” Michael Miller, medical director for Herrington Recovery Center at Rogers Memorial Hospital in Oconomowoc, Wisconsin, and the past president of the American Society of Addiction Medicine, told LA Weekly.

“If you have a predisposition for addiction, the more potent rewards are more likely to kick in the addictive process in the brain,” Miller continued. “Very strong exposures to very intense rewards triggers a preoccupation and craving and cues to use again. That results in addiction.”

For people suffering from extreme pain situations or other medical ailments, that risk might be worth it. However, Kander suggests that occasional users stick to other methods to ward off the potentially problematic side effects of dabbing. “A lot of people abuse it. Dabbing all the time is no good,” Kander said. “If you’re satisfied with flowers, there’s no need to go with [concentrates].”

While it’s true that you might experience some unwanted side effects if you use too high of a dose for dabbing, the real danger comes when amateurs attempt to make the concentrates themselves, High Times reports. The process can be complex and volatile, and can cause serious harm. “These dangers are real,” Selecta Nikka T, owner and operator of Colorado’s Essential Extracts, told High Times. “People are blowing up their homes. So if we’re going to continue doing this – which I’m sure we are – we need to take into account all the safety precautions needed for this process.”

“When things go bad, houses blow up. A few explosions by ignorant DIYers and suddenly cannabis is being talked about in the same cautionary terms as meth. That’s not good,” Leafly contends. It might not be Walter White caliber, but it’s definitely not a great sign for an industry that’s still trying to gain national acceptance.

Leafly compares marijuana concentrates to marijuana buds in the same way you would compare hard liquor to beer. However, dabbing tends to include heating the waxy substance on the head of a nail — often with a blowtorch. Making the stuff includes a number of glass bongs, unfamiliar chemicals, and that blowtorch again. If done by experts neither is necessarily cause for concern, but the process doesn’t look user-friendly, Leafly admits.

“To the uninitiated, unless it’s a baked Alaska or a creme brulee, lighting something with a torch never looks tasteful. While this is a matter of choice for most consumers, there are fears that dabbing’s ugly looks may hurt the legalization movement,” the publication said. Though garage and lab explosions might be few and far between, that perception could be far more damaging.