McDonald’s french fries are a wonder in the fast food business. From the crunchiness to the flavor to the spellbinding scent that often lures customers into the establishment, the fast food joint checks all of the boxes for best french fries. However, like many junk foods, the iconic menu item is surrounded by secrets — especially regarding diet and ingredients. One of the biggest McDonald’s misconceptions? Its famous french fries are vegan.

The to happiness? Thinking positive and enjoying your #boxhalffull

Before 1990, McDonald’s deep-fried its french fries in beef tallow. However, after one man by the name of Phil Sokolof went after the company for using saturated fats, they did away with the original recipe. In the late 1960s, Sokolof had suffered a heart attack which led him on a crusade against fat. As a result, he campaigned for companies such as McDonald’s to do away with unhealthy cooking oils in the 1980s. He went so far as to aggressively advertise with billboards in Times Square and Super Bowl commercials until he got his way.

With all of the attention he received from the public, McDonald’s soon began to feel the pressure. In 1990, the iconic fast food joint introduced a new french fry recipe that calls for a mixture of vegetable oils (a combination of canola, soybean, and corn oil) instead of beef fat — and the recipe is still used today. 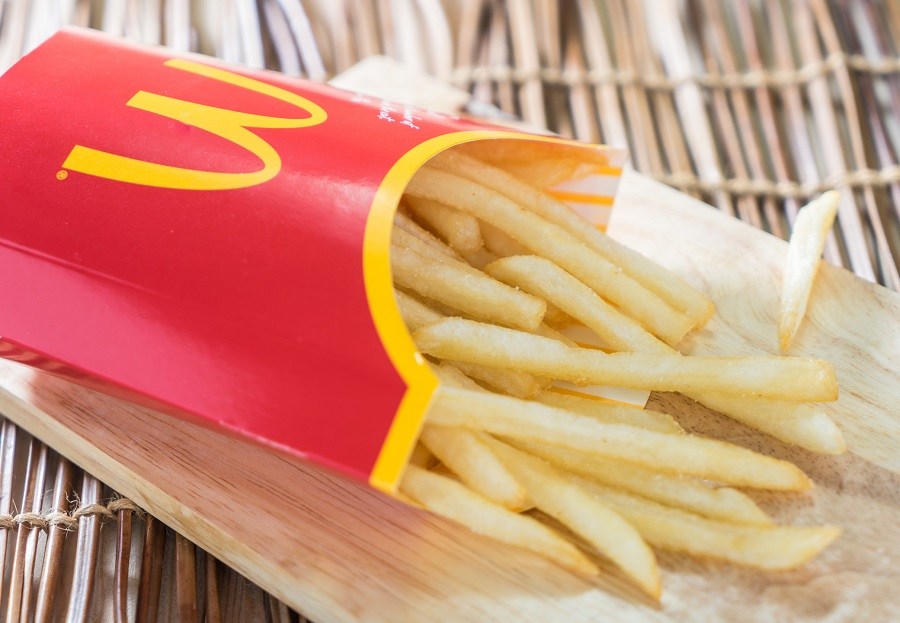 After switching to vegetable oil, McDonald’s recipe developers noticed a huge problem: The iconic McDonald’s french fry flavor was missing. Without the mouth-water smell, crunchy texture, and exceptional taste, how could they possibly live up to customer expectations? That’s when things went south — sort of.

Before the recipe change, beef tallow not only helped cook the fries, it gave the fries its flavor and texture. But, since McDonald’s could no longer use the saturated fat in its famous french fry recipe, it would have to mimic it by adding natural beef flavoring to the potatoes. However, McDonald’s didn’t disclose the critical information.

While it might not be the end of the world to those ordering cheeseburgers, vegetarians and vegans have in a way been misled to believe that McDonald’s fries are vegan. Because the beef flavoring falls under the “natural ingredient” category on McDonald’s french fries ingredient list, it’s hard for a customer to tell whether or not the french fries fall in line with diet and — in some cases — religious beliefs.

But, in 2001, after word of the dirty secret got out, two Hindu and one non-Hindu vegetarian customers sued the fast food chain for failure to disclose the vital information. McDonald’s fought back, stating it never claimed the french fries were vegetarian, but ultimately settled for $10 million.

Despite the lawsuit, McDonald’s never updated its recipe. It did, however, update the ingredients list to include “Natural Beef Flavor.” That said, it does not use Natural Beef Flavor in some countries. “We have no plans to change the way we prepare our French fries in the U.S.,” a company representation told Thought Co. “However, it is important to know that our French fries are prepared differently in other countries,” they concluded.