Meet the Winners of the AKC National Agility Championship

If you love dogs, canine agility competitions will thrill you. Imagine four furry legs flying over a bar jump or the intensity of an energetic dog zigzagging through weave poles. You’ve never seen such pure joy.

Keep reading to find out more about dog agility contests — and, on page 5, check out the winners of the 2018 American Kennel Club National Agility Championship. Next, find a contest near you to attend and let the fun begin. 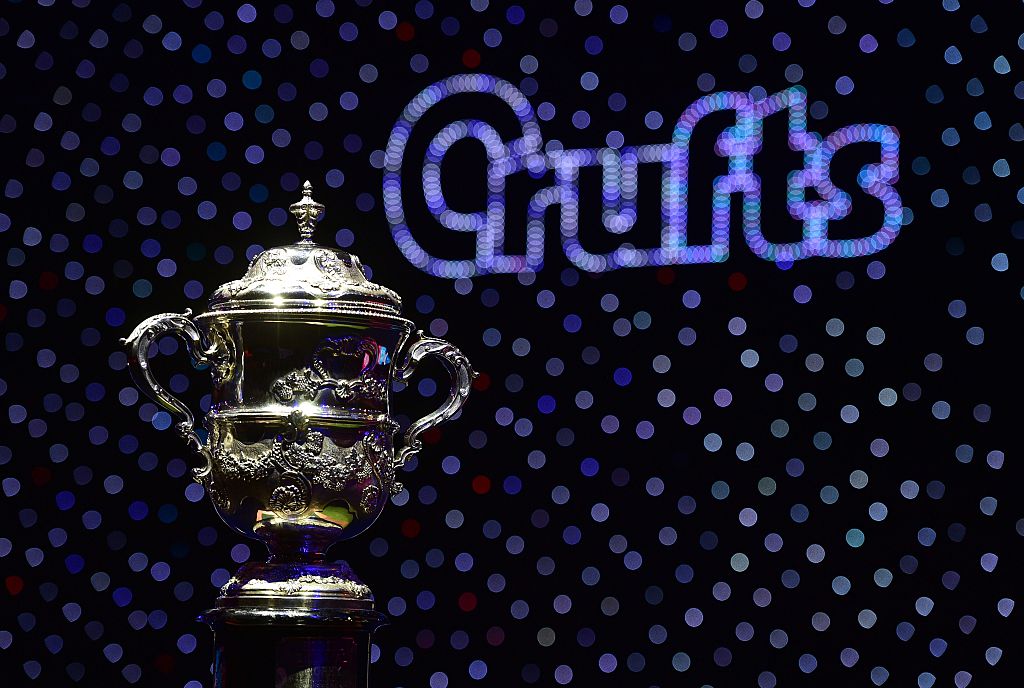 A Crufts Dog Show committee member had an idea to set up a jump course for dogs. | Leon Neal/AFP/Getty Images

In 1977, John Varley, a Crufts Dog Show committee member, decided it would be a good idea to keep audiences entertained between the show’s main events. His idea was to set up an equestrian-style jump course for dogs, according to the AKC, and two teams of four dogs ran their first course in 1978.

The event was a showstopper, and the following year, England’s Crufts Dog Show adopted agility as a competitive event. On Aug. 11, 1994, at the Astro World Series of Dog in Houston, the AKC officially introduced the sport. There, 192 dogs entered the competition, and 58 breeds were represented.

Next: The sport has grown. 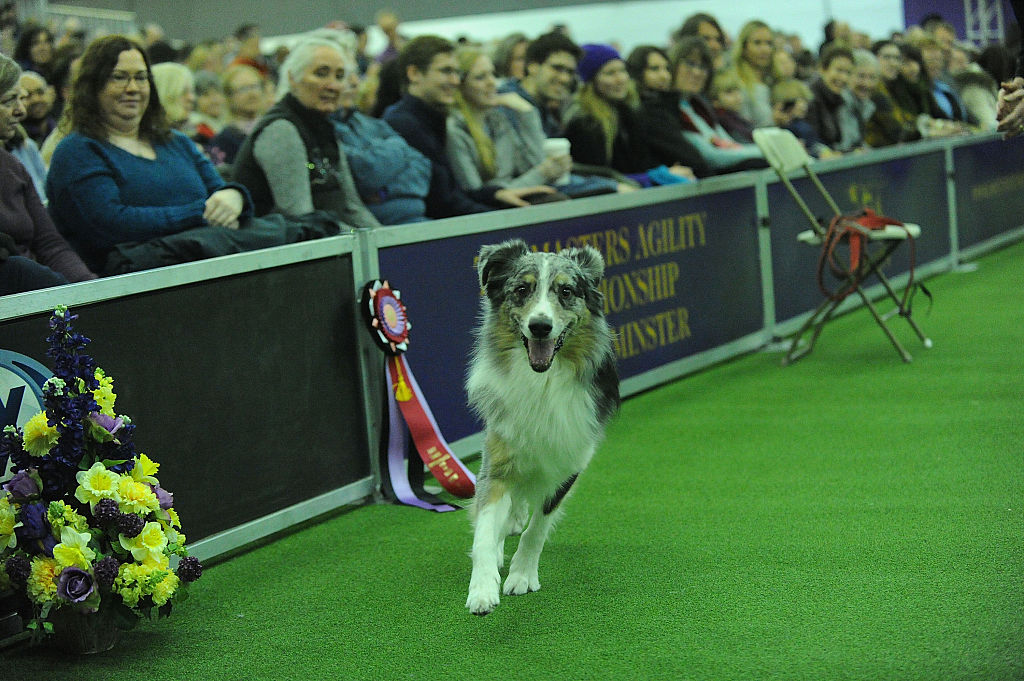 Today, the AKC agility event has grown by leaps and bounds. The event in Reno, Nevada, on March 23 to March 25 featured 912 dogs — representing 88 breeds — handled by 750 exhibitors.

“These dogs are true athletes, and it’s amazing to see them do what they do best,” said Carrie DeYoung, AKC Director of Agility. “Their performances were extremely impressive. We’re proud to acknowledge these dogs and their dedicated handlers.”

Next: How they train

3. How owners got started in agility 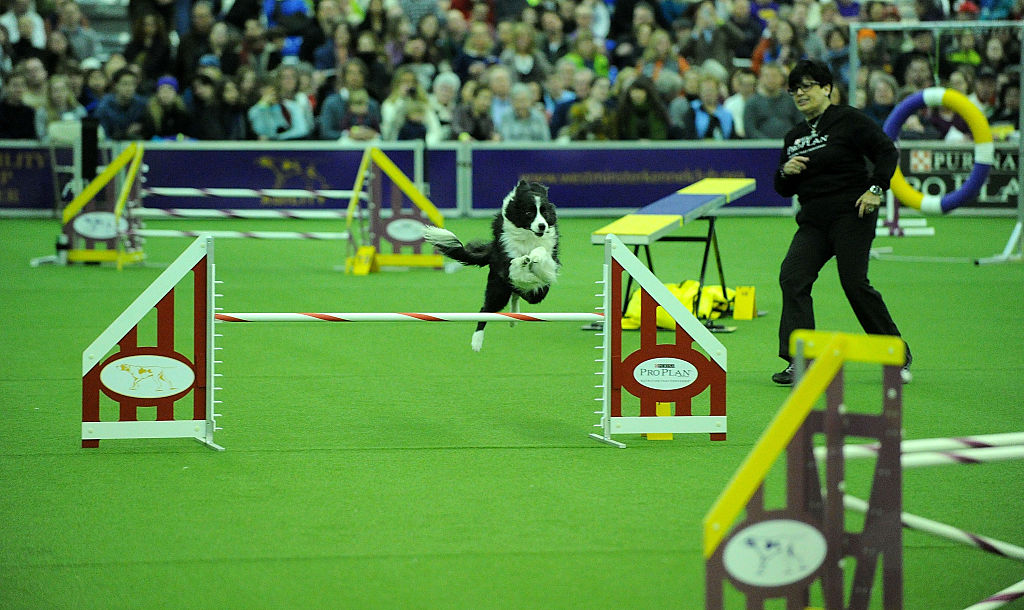 It takes a lot of practice. | Brad Barket/Getty Images

According to the AKC, 83% of agility competitors took a class and 6% say they just practiced at home. Some learned about it from TV or a magazine, and one owner just “listened” to his dog when he took him to an obedience class and he ran over to the agility equipment.

However people started, they don’t want to stop competing: 37 exhibitors have competed in 10 or more National Agility Championships. Forty percent of respondents trained two to three years before entering competition and 58% trained a year or less.

Next: Breeds that compete

4. All breeds are welcome 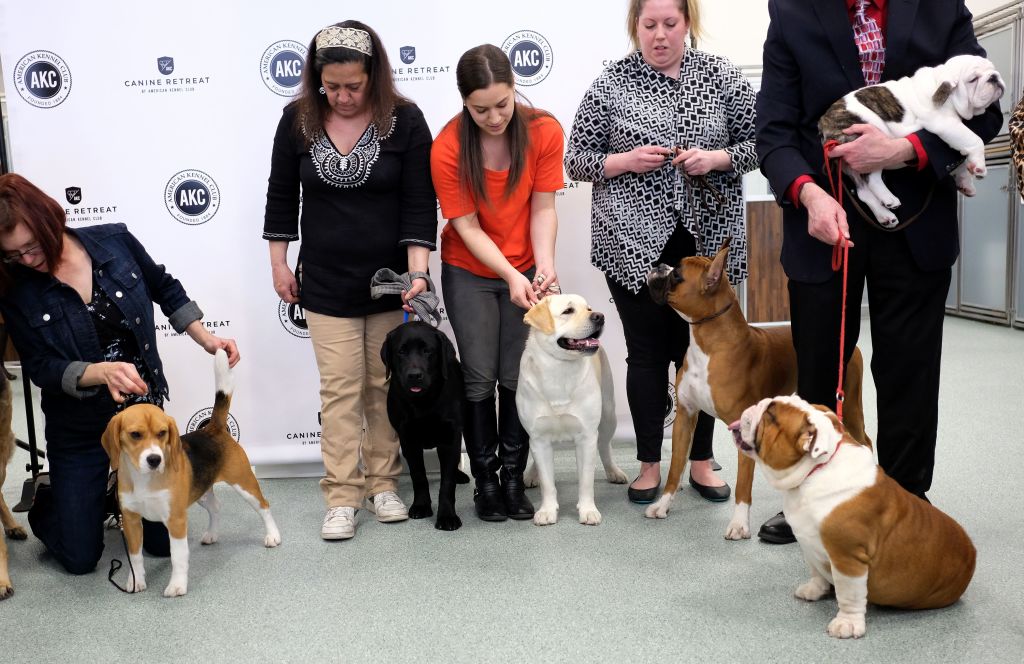 According to the AKC, dogs do not have to be purebreds to compete in agility competitions. The biggest representation among breeds, however, is the border collie, which makes up almost 25% of the dogs who compete. Shetland sheepdogs make up 14%, and all-Americans — dogs that are not purebred — make up 7% of the mix. Dogs ranging from 2 to 14 years old compete — the average competitor’s age is 7 — and 4-year-olds dominate.

Next: And the winners are

5. The winners of the 2018 AKC National Agility Championship 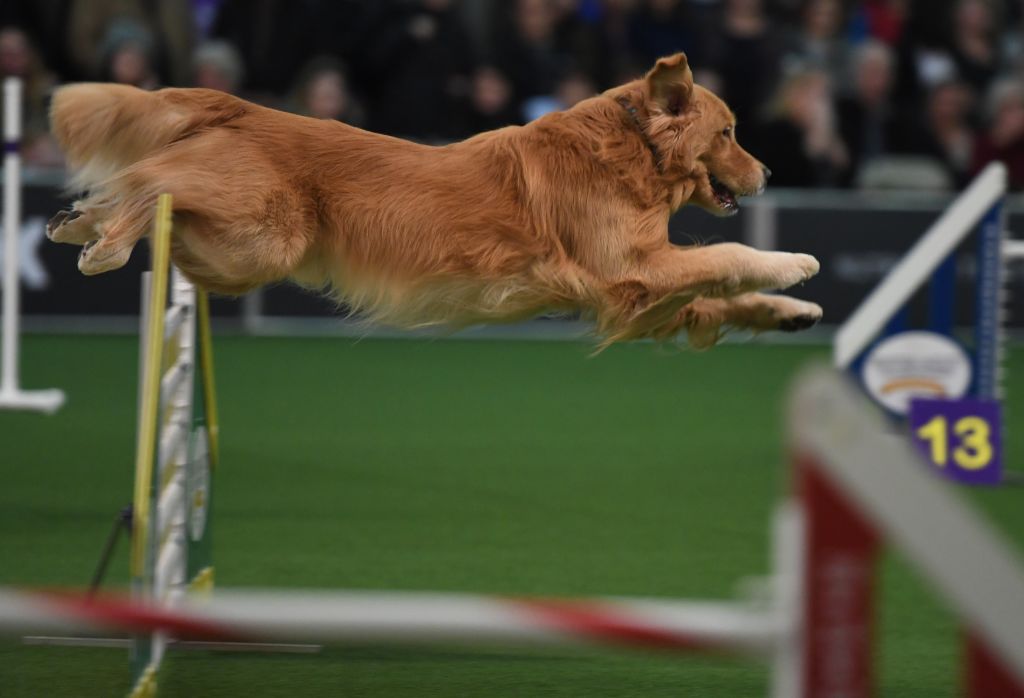 There are several divisions. | Timothy A. Clary/AFP/Getty Images

Next: The actual event

6. Here’s what the competitors do 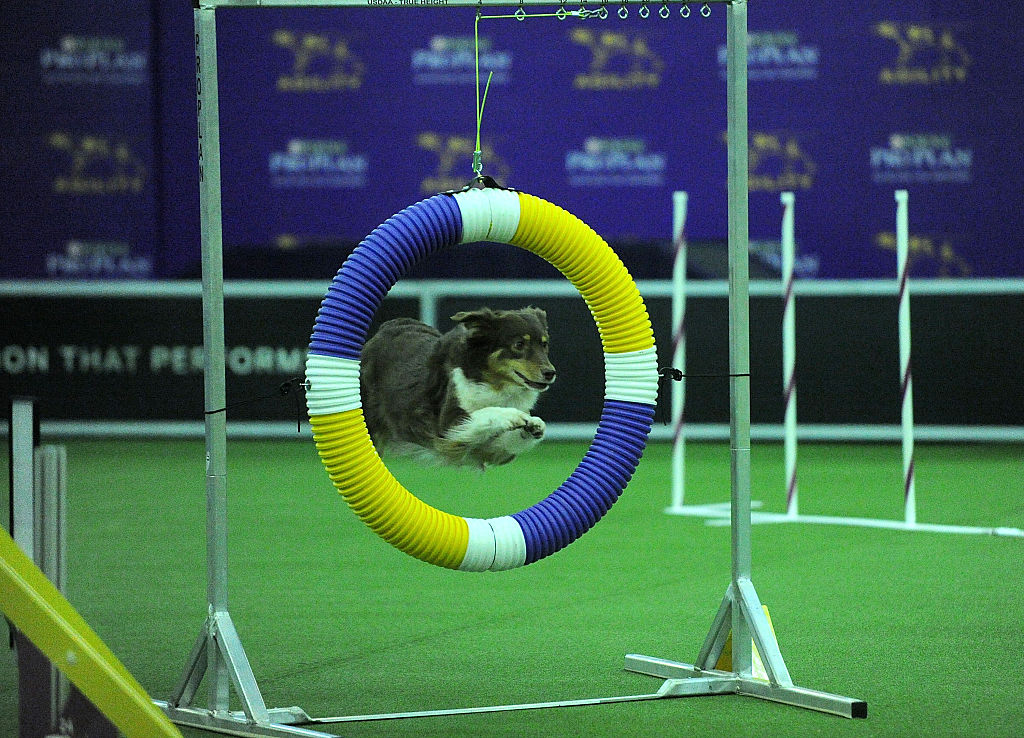 Courses have between 14 and 20 obstacles. | Brad Barket/Getty Images

Dogs who compete in agility challenges race against a clock as they navigate an obstacle course. As an owner, you direct your dog through that obstacle course, which typically has between 14 and 20 obstacles.

Obstacles might include tire jumps, tunnels, weave poles, seesaws, and “pause pause” tables, where your furry friend has to stop for a certain amount of time. Your animal must rely solely on your cues and body language.

Next: Dogs from far and near

7. Distance is not a deterrent for agility competitors 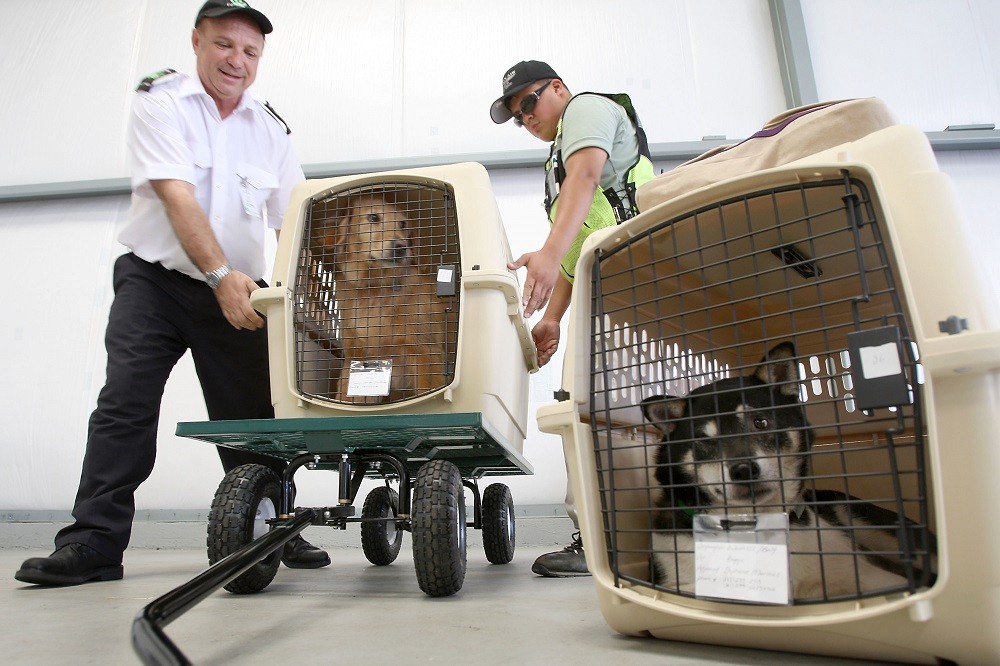 Competitors travel many miles to get to a competition. | David McNew/Getty Images

According to the AKC, there is no such thing as “too far” for agility competitors to travel to a competition. In 2018, 32% of attendants traveled from California, 11% from Washington, and 73% from more than 500 miles to the National Agility Championship in Reno, Nevada. And 18% traveled from between 250 and 500 miles away. These people and their dogs are crazy for these competitions.