Megabus Secrets: Everything You Need to Know About Budget Bus Travel

You’ve seen the ads: “Low-cost bus tickets from $1.” It sounds too good to be true. Can you really travel from New York to Atlanta or Dallas to Memphis for less than the cost of a subway fare? The answer is yes, with a few caveats. Megabus’s ultra-cheap fares are real, but it takes some know-how to snag them.

From finding rock-bottom ticket prices to the ins-and-outs of riding, here’s what you need to know about traveling on Megabus.

$1 fares on Megabus are available, but you need to book quickly to get them. | Spencer Platt/Getty Images

Cheap fares are Megabus’s calling card, but scoring one of those fabled one-buck tickets takes a little work. Each bus has at least one $1 seat, but you need to act fast to get it. “Megabus.com typically only sells a very limited number of $1.00 tickets per trip to the first or initial customers that purchase a ticket for that trip,” notes the company website. Last-minute travelers will shell out considerably more for their budget bus travel. All travelers must also pay a $2.50 booking fee.

Next: Knowing when to book

2. Book as early as possible

So, how early do you need to reserve your Megabus ticket? Generally, you’ll need to plan your trip a few months in advance to get the best deals, preferably as soon as tickets go on sale. You can “like” Megabus on Facebook to get updates about when new tickets become available. And this fall, Megabus will be rolling out a new website that will make it easier to see if $1 fares are still out there for your travel dates.

Next: The best days to travel

3. Travel off-peak to save

Booking early isn’t the only way to save on Megabus fares. Ticket prices fluctuate with demand – you’ll pay more if you’re traveling at a peak time (say, the day before Thanksgiving) and less if you travel when buses are relatively empty. Per Megabus, the best days to find a deal are Tuesdays, Wednesdays, and Saturdays.

Next: Even slackers can save

The $1 deals might be relatively scarce, but even if you miss out on the cheapest tickets, you should still be able to find a budget-friendly fare. When we searched in late July for seats on random Megabus routes for October and November 2017, we found plenty of tickets for $5 or $10 each way (plus a few of those $1 tickets). August departures were more expensive, but we still found tickets for around $25 or $30. Usually, you won’t pay more than $50 for your seat, according to Megabus.

Next: Special savings for students 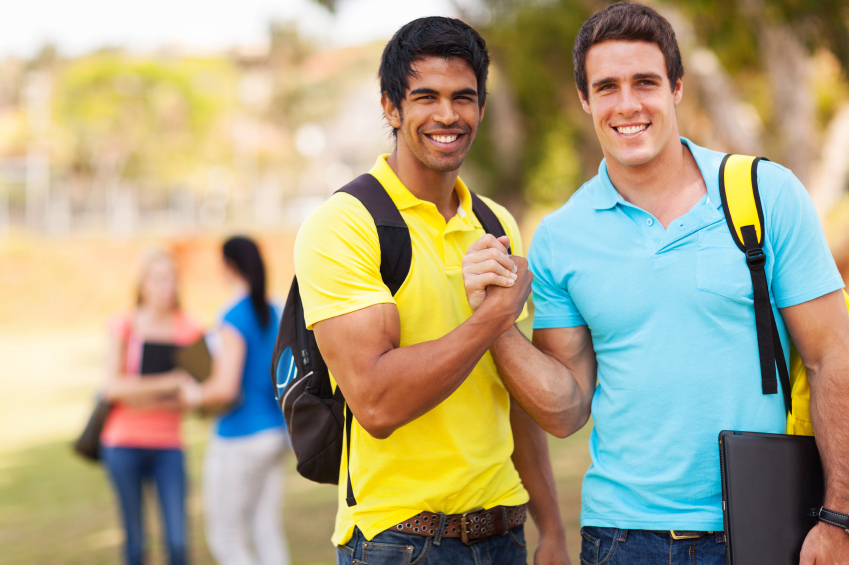 College students can use a one-time coupon to save $5 on a Megabus ticket. | iStock

It’s no secret that Megabus is a popular mode of transport for the young and cash-strapped (i.e., college kids). And right now, it’s even even cheaper because students can save $5 on any Megabus ticket. You can also follow Megabus on Twitter or Facebook to find out about contests and promotions that could score you cheap (or free) seats.

Next: Where you can go

6. You can get more places than you think 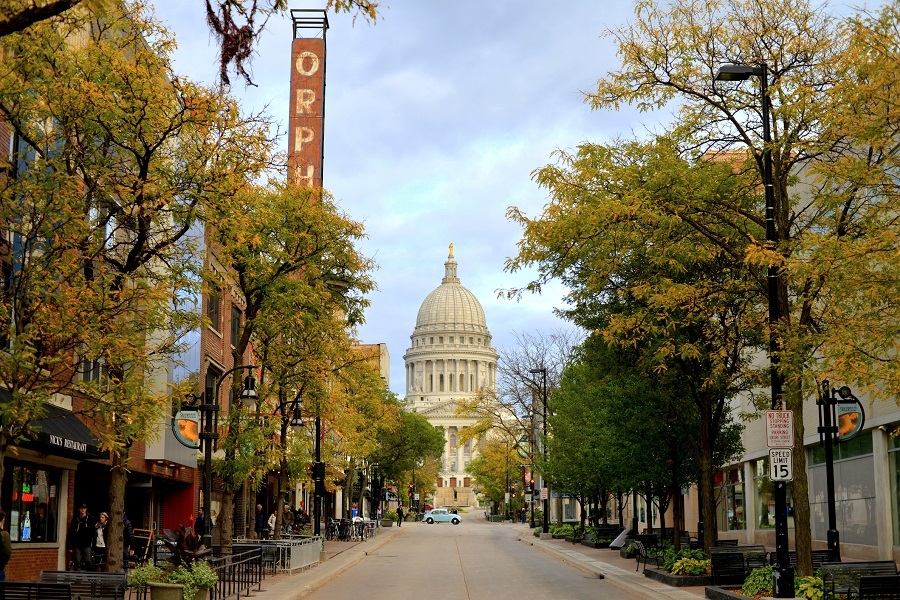 Madison, Wisconsin, is one of more than 100 cities served by Megabus. | iStock.com/Youngryand

Megabus serves roughly 100 destinations in the U.S. and Canada, from big cities like New York and Chicago to college towns such as Madison and Ann Arbor to vacation destinations like Virginia Beach. You won’t be able to get everywhere — service is non-existent in the Pacific Northwest and Mountain states like Colorado and Utah. But if you’re traveling between cities in the Northeast, South, and Midwest, chances are there’s a Megabus that will get you there.

Next: The skinny on the stops

A woman waits to board a Megabus in New York City. | Spencer Platt/Getty Images

Don’t expect to be waiting for your bus in air-conditioned comfort. One way Megabus keeps fares low is by not always using traditional bus terminals. While you’ll sometimes head to a major transit hub to board your bus, there’s also a good chance you’ll be waiting in a mall parking lot or outside a gas station, especially if you’re departing from a smaller city. Amenities like parking, bathrooms, and enclosed waiting areas aren’t always available. To see the details for your trip, check out each city’s departure points on the Megabus website.

Next: Megabus waits for no man

Passengers board a Megabus | Megabus

Seriously. You need to be at your bus’s departure point at least 15 minutes before departure. If you’re not there on time, the bus will leave without you, and you’ll be stuck holding a worthless ticket (because Megabus doesn’t issue refunds for passengers who don’t show up). But all is not lost if your plans change. You can make changes to your ticket up to six hours before your departure for a small fee.

Next: How to get a good seat

9. Arrive early to get a good seat

You need to be at the bus stop at least 15 minutes before departure, but 30 minutes is better. You don’t get an assigned seat when you buy your Megabus ticket, and you’ll stand a better chance of scoring a good spot if you’re first in line. (Keep in mind that passengers with carry-on only luggage usually board first, giving them the pick of the seats.)

Don’t want to fight other passengers for a place to sit? You can reserve a seat in advance for as little as $1, though prices will vary depending on when you travel. Many people prefer the upper level seats at the front, since they have a view, though if you’re traveling with a group or hope to get work done, consider one of the lower-level seats with a table.

Next: Know the rules on luggage

You won’t get hit with annoying bag fees if you travel on Megabus, but that doesn’t mean you can pack everything and the kitchen sink. Each passenger may only bring one piece of luggage that weighs no more than 50 pounds, plus one carry-on. If you have more bags, you’ll need to pay for an additional ticket. If you do bring a suitcase, it will need to be stored in the bus’s luggage compartment, as there’s limited overhead storage space. Extra-large luggage (anything with total exterior dimensions exceeding 62 inches) isn’t allowed at all.

Next: Stock up on snacks

A little planning is key to making your Megabus journey more enjoyable. Pack water and snacks in case you get hungry and hand sanitizer or wipes to stay clean (there’s a bathroom on the bus, but no running water). You’ll get a rest stop on longer routes, but the food options will likely be fast food or gas station fare. A blanket, sleep mask, and headphones can make an overnight journey more bearable.

Buses are also equipped with power outlets and Wi-fi, though some passengers report that the latter is sometimes unreliable. Plus, the bandwidth is limited, so don’t count on streaming Netflix. 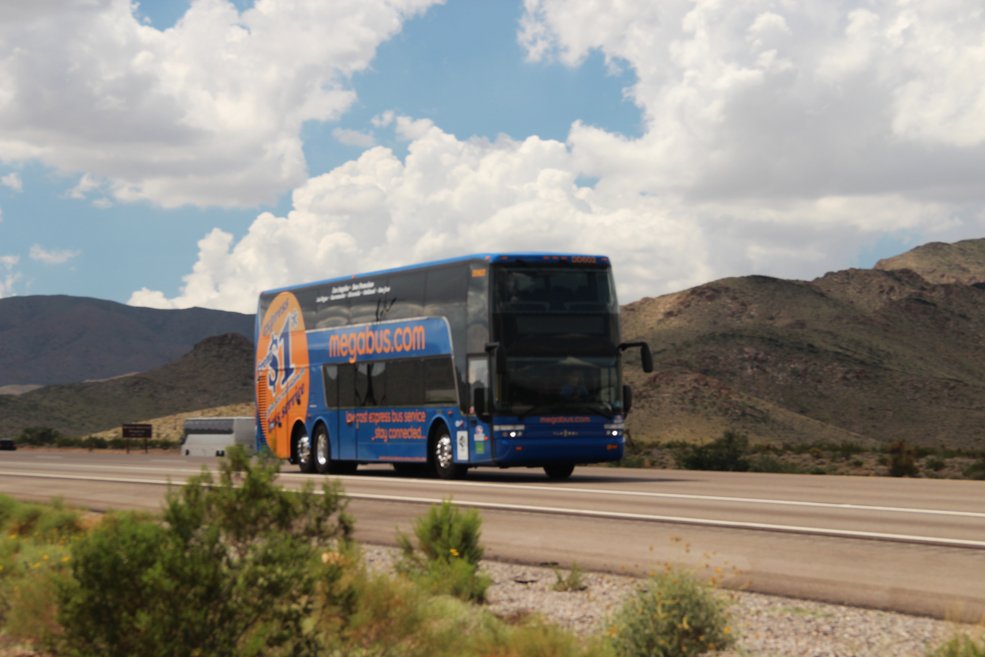 Flexibility is key when riding the Megabus, according to seasoned budget travelers. Traffic, bad weather, and the occasional breakdown can lead to delays. If you have somewhere you absolutely must be at a certain time or plan on switching from one Megabus route to another, give yourself a comfortable buffer just in case your trip takes a bit longer than expected.

Next: The hidden benefits of bus travel

13. Riding the bus is surprisingly green 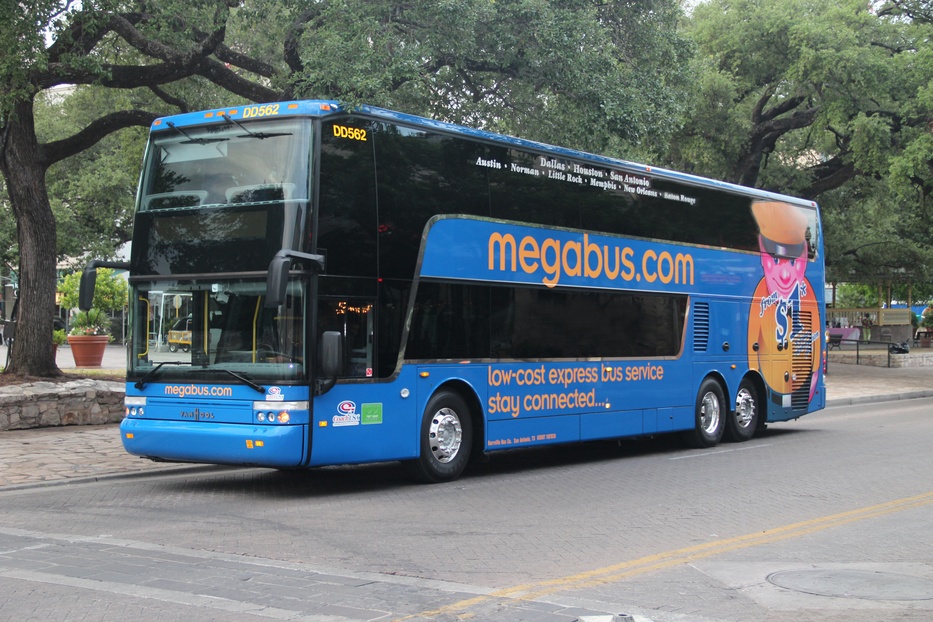 If you’re worried about climate change, here’s some good news: According the Union of Concerned Scientists, riding the bus is one of the most eco-friendly ways to travel, beating out trains, cars, and airplanes in terms of carbon emissions. Megabuses are also equipped with a GreenRoad system that helps drivers reduce fuel consumption and carbon emissions.

14. It’s not the only cheap bus out there

Megabus isn’t the only ultra-cheap bus service out there. Boltbus, a Megabus competitor, also offers $1 fares to cities on the East and West Coasts. Plus, it includes some destinations that Megabus doesn’t serve, like Seattle and Vancouver, British Columbia. Smaller, regional providers might also offer affordable trips. You can use an aggregator like Wanderu to find the cheapest bus route for your trip.

A couple of high-profile incidents, such as a 2015 crash that injured 19 people, have given some people the impression that riding Megabus is risky. The company disagrees. “Megabus.com takes safety as our top priority and maintains the highest safety compliance rating (Satisfactory) from the US Department of Transportation’s Federal Motor Carrier Safety Administration,” Sean Hughes, the director of corporate affairs for Coach USA and Megabus.com, told The Cheat Sheet.

According to a 2011 report from the National Transportation Safety Board, curbside motorcoaches like Megabus are pretty safe, and your chances of getting in an accident while riding an intercity bus are lower than if you were riding in a car. Also, the report noted that bigger companies with larger bus fleets (like Megabus) have better safety records than smaller operators.