The 15 Most Addicted Cities Behind the $8 Billion Opiate Epidemic

President Donald Trump has ordered the creation of a new federal commission to halt America’s opiate epidemic (a move critics have said is redundant and doesn’t address funding for addiction treatment and prevention). He might want to start by focusing on 15 cities with the highest rate of opioid abuse in the United States.

Castlight Health, a health care information company, used anonymous data on medical and pharmacy claims to determine which parts of the U.S. the opioid crisis hit hardest. The information it uncovered was alarming.

Overall, nearly one-third of all opioid prescriptions are being abused. Those who misuse painkillers, such as Vicodin, OxyContin, and Percocet, incur health costs for employers that are almost double that of non-addicted people ($19,450 versus $10,853 per year). Collectively, opioid prescription abuse costs companies $8 billion a year, on top of $10 billion in lost productivity. Those sky-high numbers don’t even touch on the staggering human cost of opioid addiction. More than 183,000 people in the U.S. have died since 1999 from overdoses related to prescription opioids, according to the CDC.

The problem of opioid addiction cuts across racial, geographic, age, and class lines, but there’s no denying some communities have been hit much harder than others. Castlight’s data revealed opioid abusers are more likely to live in lower-income areas and in the rural South. Baby boomers are also much more likely than millennials to abuse prescription opiates. Interestingly, states with legal medical marijuana had lower abuse rates than those where it’s illegal.

Let’s take a closer look at the 15 cities abusing opioids the most.

Eight percent of people who receive opioid prescriptions in Odessa, Texas, were misusing the drugs, according to Castlight’s analysis. Nationwide, 4.5% of people whose doctors prescribe them opiates go on to abuse the drugs. Recently, Texas became one of nearly three dozen states where naloxone, a drug that blocks the effects of opioids and can be used to stop an overdose, is available without a prescription.

Next we head east …

Indiana’s Terre Haute was the only non-Southern town in the top 15 cities for opioid abuse. (Only two other cities outside the South — Elmira, New York, and Jackson, Michigan — were in the top 25.) Just over 8% of people in Terre Haute who receive prescriptions for drugs, such as Vicodin, are misusing their medications. The city’s fire department administered 107 naloxone doses in 2016 — a record and up from 85 doses in 2014, the Terre Haute Tribune-Star reported.

In Amarillo, the second Texas city on the list, 8.2% of people who are prescribed opiates are misusing the drugs. Forty-seven percent of all prescriptions for opiates filled in the city are abused. The area’s first 30-day substance abuse treatment center opened early in 2017.

Activists and family members of loved ones who died in the opioid and heroin epidemic take part in a “Fed Up!” rally at Capitol Hill in 2016. | John Moore/Getty Images

In Jacksonville, a city of about 70,000 on the North Carolina coast, 8.2% of all people with opioid prescriptions are abusing the drugs. The high rate of prescription opiate abuse could be related to the big military presence in the town — it’s home to Marine Corps Base Camp Lejeune. Veterans are 10 times more likely than civilians to abuse opioids, Robert McDonald, then the Veteran Affairs Secretary, told the Wall Street Journal in 2016, in part because the VA over-prescribes painkillers for soldiers with injuries and PTSD. 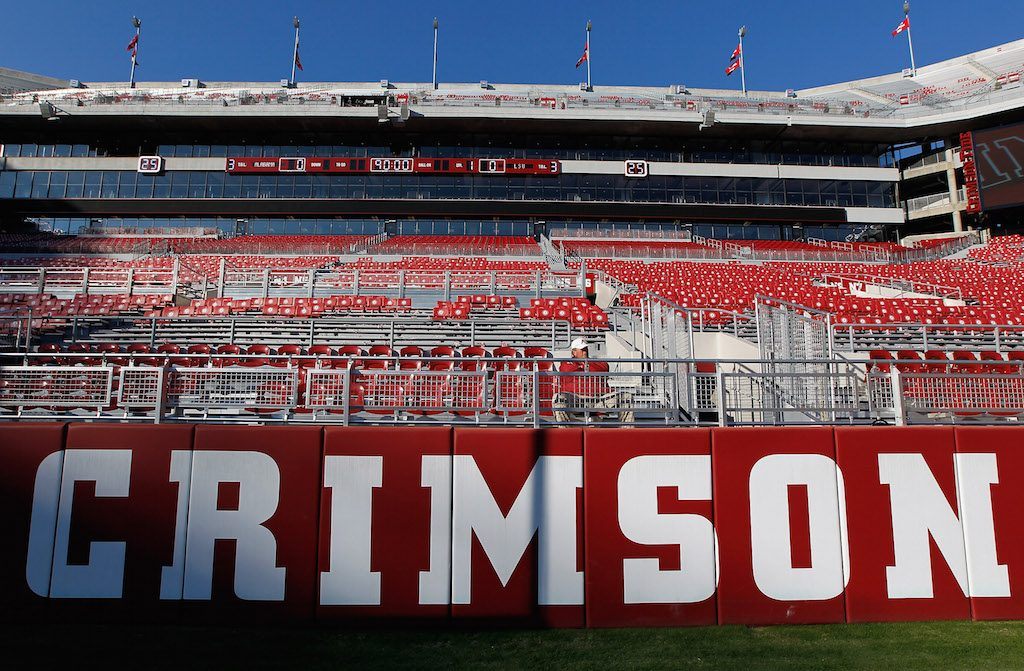 Alabama’s fifth-largest city is best known as the home of the University of Alabama, but the town has a darker side. Of all people in Tuscaloosa with opioid prescriptions, 8.2% are abusing them, according to Castlight. But it was far from the only place in the state with a serious drug problem. Four other Alabama cities had a greater share of prescription drug abusers than Tuscaloosa.

The twin cities of Texarkana, Texas, and Texarkana, Arkansas, share more than a name. In this metro area of about 144,000 people, 8.5% of all people with prescriptions for opiates are misusing the drugs, and nearly half of all prescriptions filled in the area are abused. Crackdowns on prescription drug abuse might have spurred some addicts in the region to switch to drugs, such as heroin, according to KTBS.

In Johnson City, Tennessee — part of the Tri Cities region, along with Kingsport and Bristol — 8.6% of people with opiate prescriptions are abusing the drugs. Forty-seven percent of all prescriptions for opiates that are filled in the area are eventually abused.

Next on the list? A famous capital city with a drug problem.

In Alabama’s capital city of Montgomery, 8.8% of people prescribed opioids are abusing the drugs. There are more than 400 pain clinics prescribing opioids in Alabama, and the state now has 1.2 opioid prescriptions for every resident, according to a report by AL.com. Yet the state has clamped down on the number of clinics offering opioid treatment.

A waterfall in Gadsden, Alabama | City of Gadsden via Facebook

One of the smaller cities on the list, Gadsden, Alabama, has a population of just under 37,000. Of people who’ve been prescribed opioids, 9.1% are abusing them. And 48% of all prescriptions filled for drugs, such as OxyContin, are abused. Unlike doctors in some states, such as California, Tennessee, and Ohio, Alabama physicians aren’t required to check a database before writing a prescription for opiates.

The Gulf Coast city of Pensacola is a popular beach resort, but there’s a dark side to all that sand and sun. Nearly 10% of people who’ve been prescribed opioids in this city of 50,000 are abusing the drugs, and 47% of all prescriptions filled are eventually abused. Heroin deaths in the area are at record highs, according to the Pensacola News Journal, and many of those addicts first got hooked on prescription drugs they received to manage pain.

In Hickory, North Carolina, 9.9% of all people with opioid prescriptions are abusing the drugs, and 46.1% of all prescriptions filled are abused. The town of 40,000 has been looking for solutions to its opioid addiction problem since the Castlight study was released, including doing a better job of linking mental health care with substance abuse treatment, North Carolina Health News reported.

A box of the opioid antidote naloxone | John Moore/Getty Images

Enid, a town of about 50,000 that’s home to a U.S. Air Force base, has the fourth-highest rate of prescription opioid abuse in the U.S. Just over 10% of people who get prescriptions for opiates abuse them, more than double the national rate. Enid is also near the top in terms of percentage of prescription abuse, misusing 54.7% of prescribed opiates, according to Castlight.

Panama City, Florida, another Gulf Coast town, has the third-highest rate of prescription opiate abuse in the U.S. About 11.5% of all people who’ve been prescribed opiates are misusing the drugs, and about 52% of prescriptions filled are abused. As in other places across the U.S., some addicts eventually graduate to using drugs, such as heroin, if they can no longer get prescription opiates. That has led to an increase in heroin overdoses in the area, according to the Panama City News-Herald.

Annistion, Alabama, has 22,000 people and the second-highest rate of prescription drug abuse in the U.S. Of all people with prescriptions, 11.6% are abusing them, and 46.6% are misusing them.

Which city has the highest rate of opioid abuse? To find out, we head to Cape Fear.

In Wilmington, North Carolina, more than 11.6% of people who have opioid prescriptions are abusing the drugs. In addition, 54% of prescriptions filled in this city of about 112,000 on the Cape Fear River are ultimately abused.

(Opioid abusers were defined as those who had received more than a cumulative 90-day supply of opioids and had received opioid prescription drugs from four or more different providers between 2011 and 2015.)