Celebrities Own Some of the Most Exotic Animals As Pets

People love their pets. Most of the pet owners you know probably own cats or dogs (or maybe even cats that act like dogs). Some probably own hamsters, birds, or fish. You might even know somebody who lives on a farm and owns horses, sheep, or goats. But a few people own exotic pets — including your favorite celebrities. Curious which celebrities own some unique pets? Read on to check out some of the most unusual and exotic pets celebrities own. 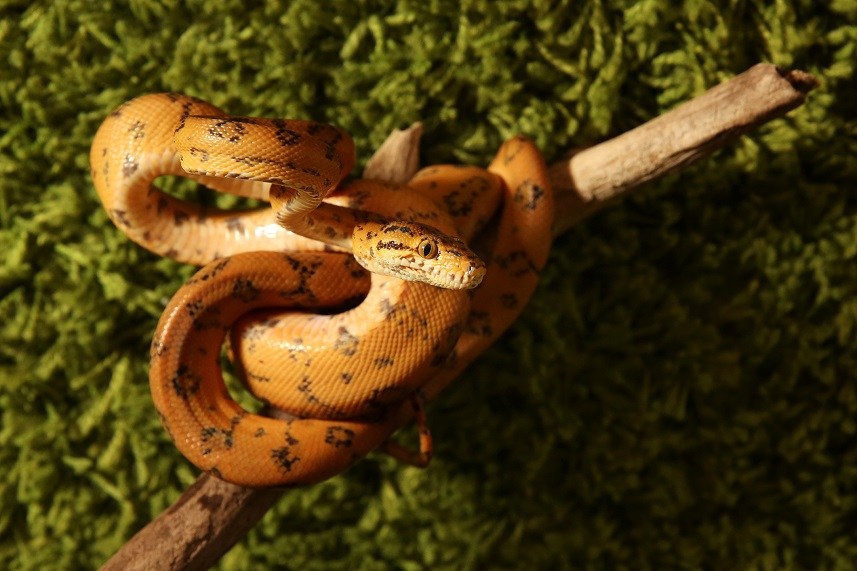 Many people like keeping snakes as pets. But they don’t usually keep snakes as large or dangerous as the ones Guns N’ Roses guitarist Slash has chosen as pets. Reptile Magazine reports Slash is fascinated with boas and pythons and has had numerous snakes in his home. In fact, he has kept several large Burmese pythons and had a boa constrictor named Pandora. Pandora became most famous for making an appearance in the 1989 music video for the Guns N’ Roses’ song “Patience.” 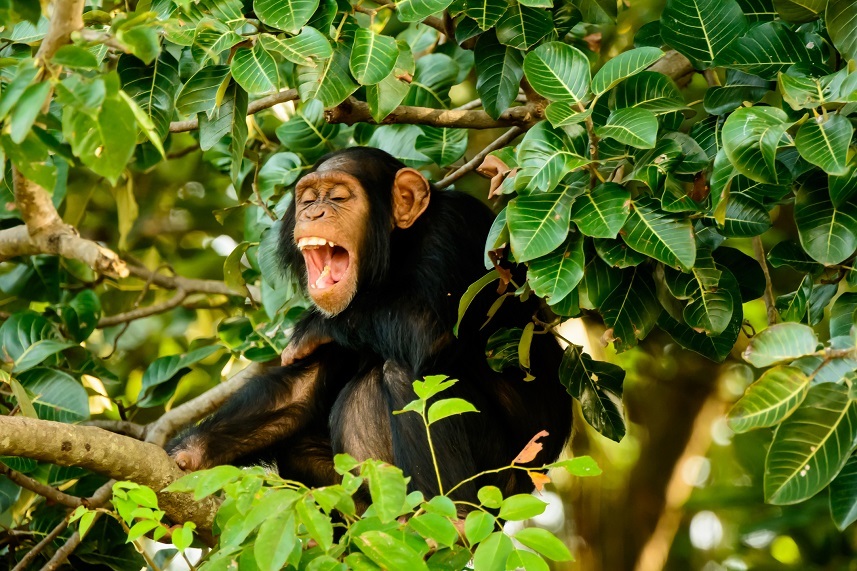 PopCrunch reports Kim Kardashian got a pet chimpanzee during the third season of Keeping up with the Kardashians. The chimpanzee, named Suzy, was 3 years old. As Kardashian wrote on her blog at the time, “Having a monkey is a lot of work. Suzy always has her diaper on, and we are the ones who have to change it! It’s just like having an infant but worse because Suzy runs around like a teenager! She always needs to be fed, drinks out of a bottle, and she loves Capri Sun juices!” Kardashian’s post became a subject of controversy (and not only because she posted about Suzy days after a chimpanzee mauled a Connecticut woman). Kardashian later explained the chimpanzee “was just rented for a week” as a prank on Kris Jenner. 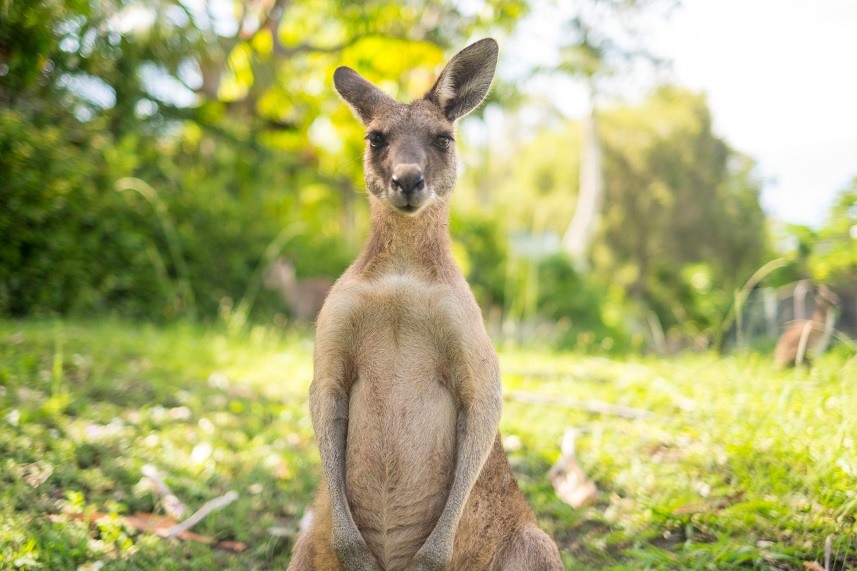 Vanilla Ice famously keeps a pet kangaroo. The Washington Post spoke to the rapper about his exotic pets (he also has a lynx and monkeys) and learned he bottle-fed Bucky, his kangaroo. And people didn’t know the rapper kept a kangaroo until Bucky accidentally escaped. “I have a goat, too. The goat pushed the gate open with his head, and they both got out and ran around. And the goat and the kangaroo never parted. The whole entire time,” he told The Washington Post. Vanilla Ice was in London at the time and didn’t know Bucky got out until he turned on the TV and saw the kangaroo on the news. “I called animal control and let them know who it was — and it became this big deal. I’m still laughing at it,” he said. 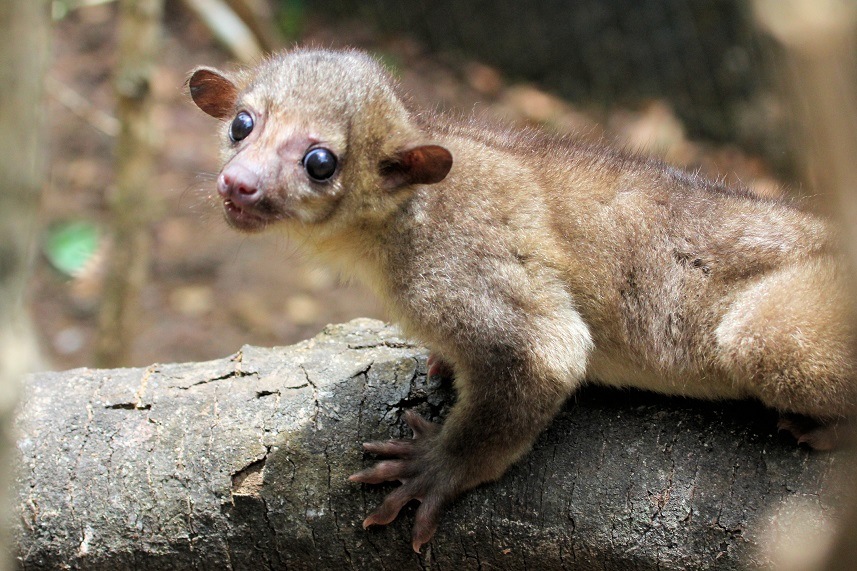 Not familiar with the kinkajou? It’s a small rainforest mammal, also called a honey bear, that’s related to a raccoon. Paris Hilton famously keeps this animal as a pet, even though People reported the species is illegal in California. Jezebel reported her kinkajou, Baby Luv, first gained notoriety in 2006, when it bit Hilton. Hilton reportedly went to the emergency room following the incident. And according to The Associated Press, Hilton received a tetanus shot. But, as reported by Ace Showbiz in 2010, the animal was still living with her. In fact, she had two kinkajous living at her ranch. 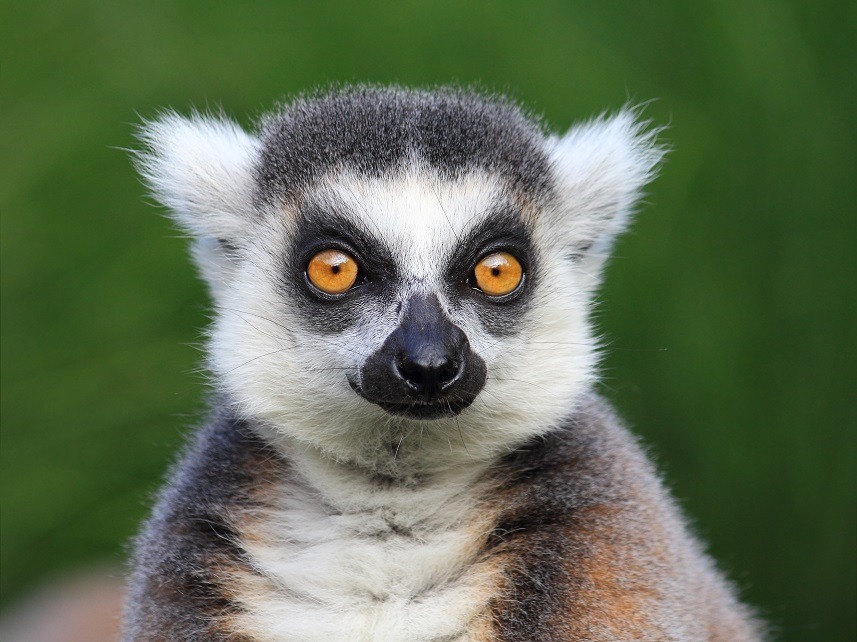 Kirstie Alley owns lemurs instead of cats or dogs. People reports Alley actually owns 14 of these small primates, which are native to Madagascar. But she doesn’t recommend them as pets. The reason why? “Lemurs live for 30 years or more, and they eat all organic, and you have to keep them meticulous,” she told People. “I actually have a full-time animal caretaker. It’s just on my payroll!” Nonetheless, Alley has found lemurs are calm and love being around people. And she told Rachael Ray she even pretended one of her lemurs was a cat to take the animal through an airport. 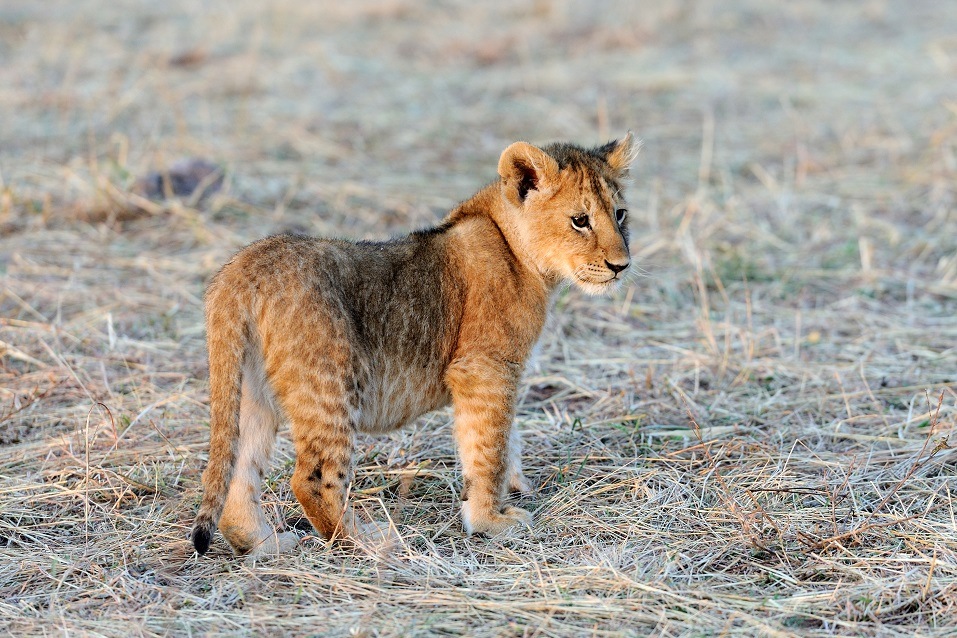 Actress Tippi Hedren has become just as famous for animal rights activism and conservation as for her movie roles. Time reports Hedren started the Roar Foundation and the Shambala Preserve for big cats, including lions, leopards, bobcats, and servals. In the 1970s, Hedren kept a lion named Neil in her home. Neil sometimes even slept in the same bed as Hedren’s teenage daughter, Melanie Griffith. The lion had the run of the house. Hedren has since “acknowledged that it was ‘stupid beyond belief’ to put her family at risk by allowing an animal with ‘no conscience or remorse genes’ to roam free.” As the Daily Mail notes, Hedren explains Neil never harmed her family. But she wrote in her memoir, “We should never have taken those risks.” 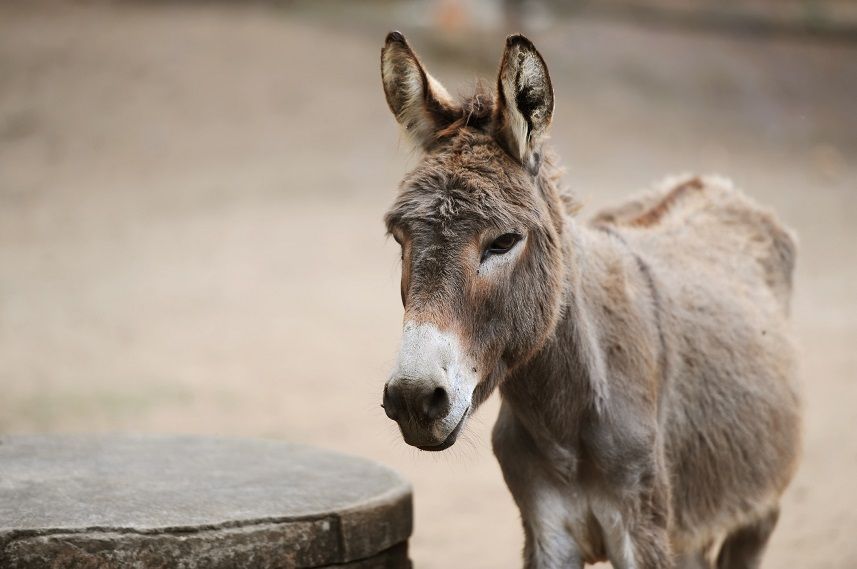 A donkey on a farm | iStock.com/airspa

Donkeys might not be that uncommon on a farm. But they certainly aren’t popular pets in Hollywood — especially miniature donkeys. But People reports Reese Witherspoon owns a pair of miniature donkeys she named Honky and Tonky. “They’re just docile and sweet,” Witherspoon told Ellen DeGeneres. “I call them badonkadonks.” Witherspoon also owns other animals you might expect to see on a farm, including pigs, goats, a horse, dogs, and chickens. However, her neighbors reportedly got upset about all the noise the donkeys make. But her neighbors didn’t want Witherspoon to leave. “She’s beloved here,” a neighbor told Us Weekly. Those donkeys? Maybe not so much. 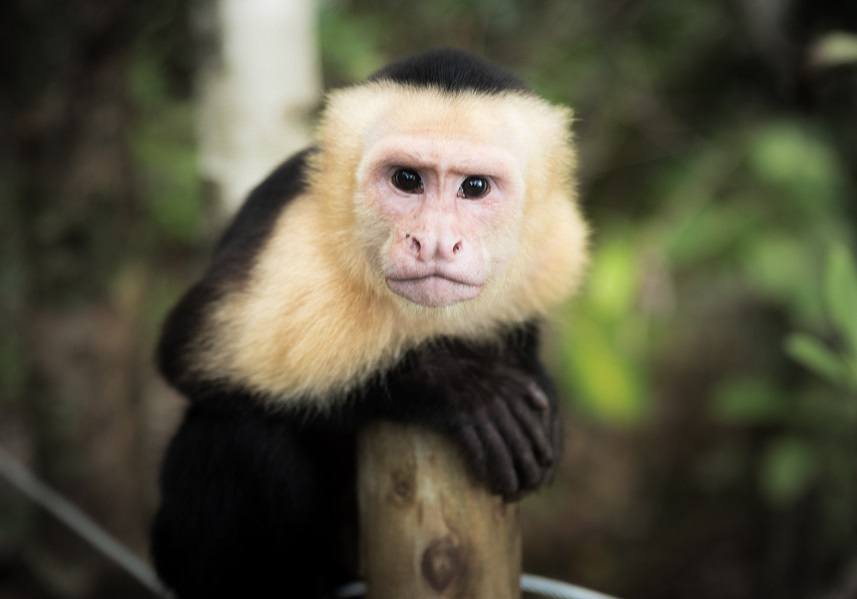 Justin Bieber might not strike you as the kind of guy to own an exotic pet (or a pet at all). But he had a capuchin monkey, named OG Malley, who was confiscated by customs officials when Bieber landed in Munich for a tour stop. The story became the topic of intense speculation. But GQ spoke to Bieber about the incident. “In Germany, that monkey’s endangered or something … but I had the papers,” Bieber said. “I even had it written out that he was a circus monkey and he could travel.” The German government gave Bieber a deadline by which he could retrieve Malley. The monkey was eventually relocated to a zoo after being seized. But, as GQ’s reporter notes, “He really loved that monkey.” 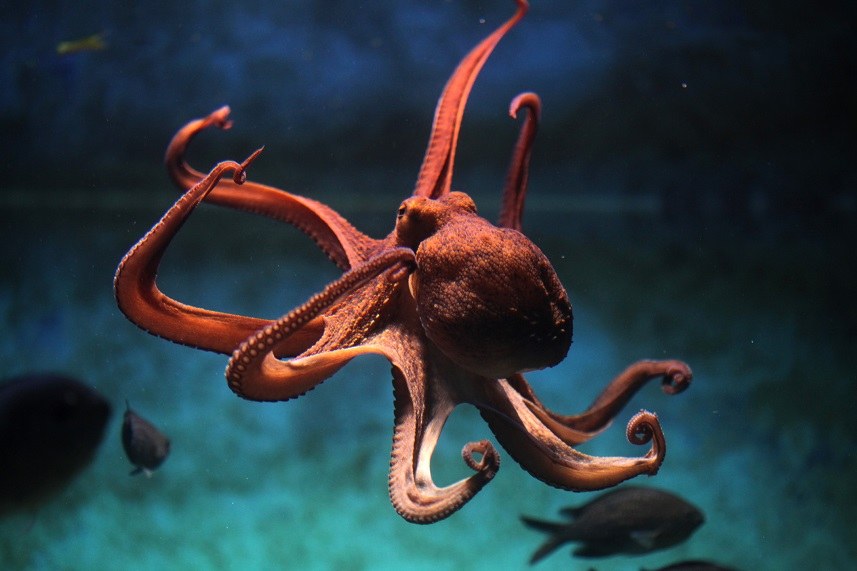 Thrillist reports of all of the “absurd” things Nicholas Cage has bought, one of the strangest is the actor’s pet octopus. “Who desires the company of an octopus? It is very unclear,” Thrillist asks. And Vulture notes Cage purchased the octopus as part of a $276,000 spending spree. At the time, he also purchased a dinosaur skull (for which he outbid Johnny Depp) and two king cobras named Moby and Sheba. People reports Cage is very interested in exotic pets, and CBS reports the actor bought his octopus to help his acting. Nevertheless, the two eventually parted ways because Cage feared the octopus could break the glass of his aquarium. 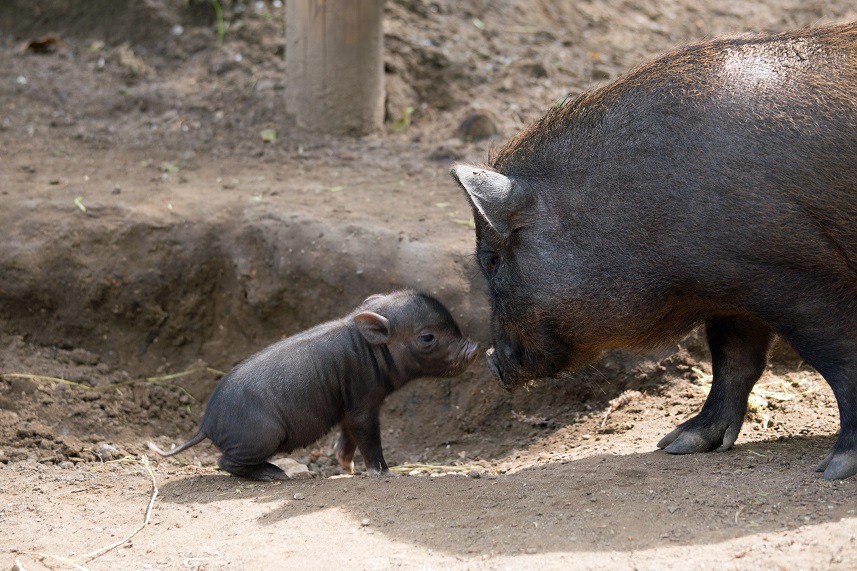 A pet pig might not sound that exotic if you grew up on a farm. But these animals still make pretty uncommon pets among celebrities. George Clooney owned a potbellied pig, Max, for about 18 years. When the animal died in 2006, the actor told USA Today that Max, who sometimes shared his bed, “was as old a pig as the vets had ever seen. I was really surprised because he’s been a big part of my life.” According to the publication, Max acted as a “grunting alarm clock.” He also had a “massive” appetite and “would squeal every morning until he was fed.” 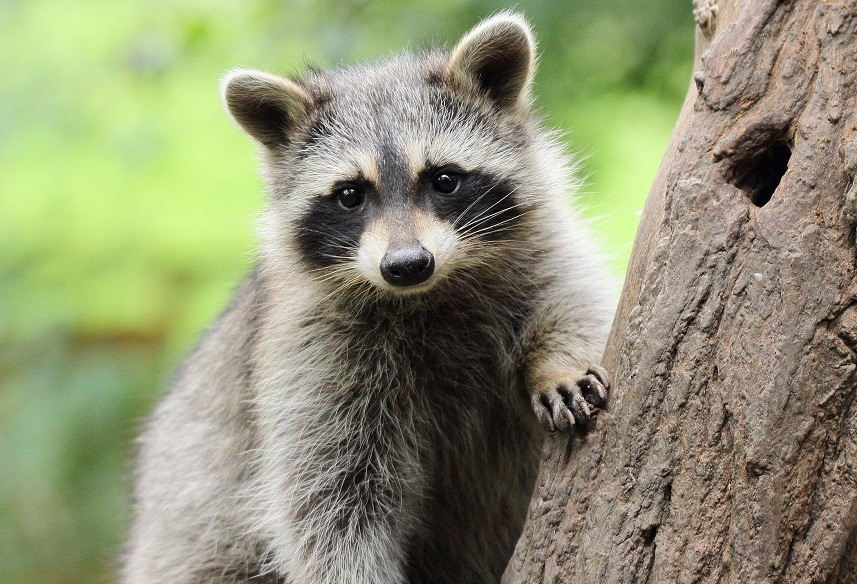 Vanity Fair reports according to Steven Tyler’s memoir, Tyler owned a pet raccoon when he was a teenager. He wrote of the experience, “If you take them in they adopt your personality. At 16 I was full of piss and vinegar, which is not what you want a wild animal to be.” The raccoon was named Bandit and has been mentioned in numerous interviews since the memoir’s publication. However, Parade learned in addition to keeping a raccoon as a pet, the young Tyler also trapped them. That is why he wears a necklace with four teeth. They’re the front teeth of a raccoon he trapped. 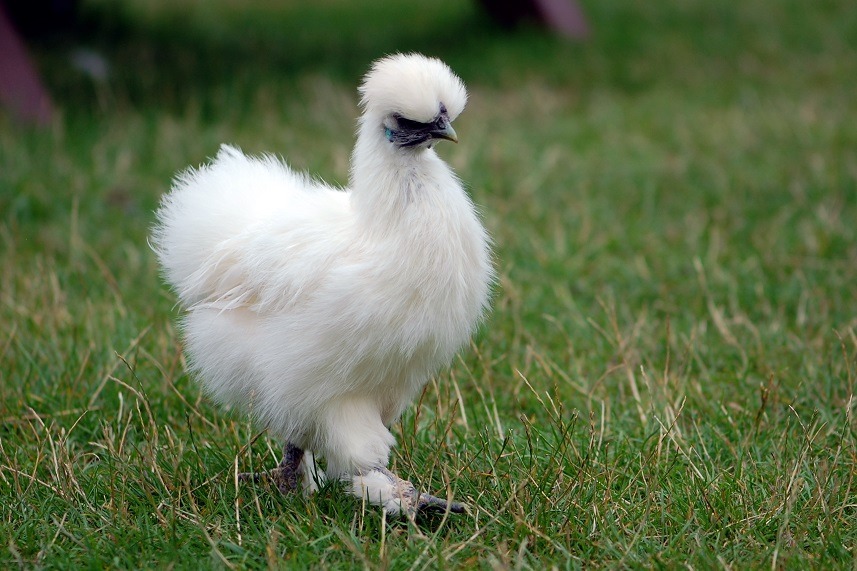 Think nobody aside from a farmer would keep a chicken at home? Think again. Tori Spelling keeps a silkie bantam chicken named Coco Chanel. She tells Pet360, “Coco sleeps in a Sherpa-lined dog bed next to my bedside. She’s a sound sleeper. Once I put her in her bed around 7:30 pm, she will nuzzle down and sleep until the family wakes.” Spelling adds, “Chickens are great pets! Especially for a family. They are very friendly if you raise them and are very easy to care for.” Us Weekly reports Spelling even sews outfits for Coco. 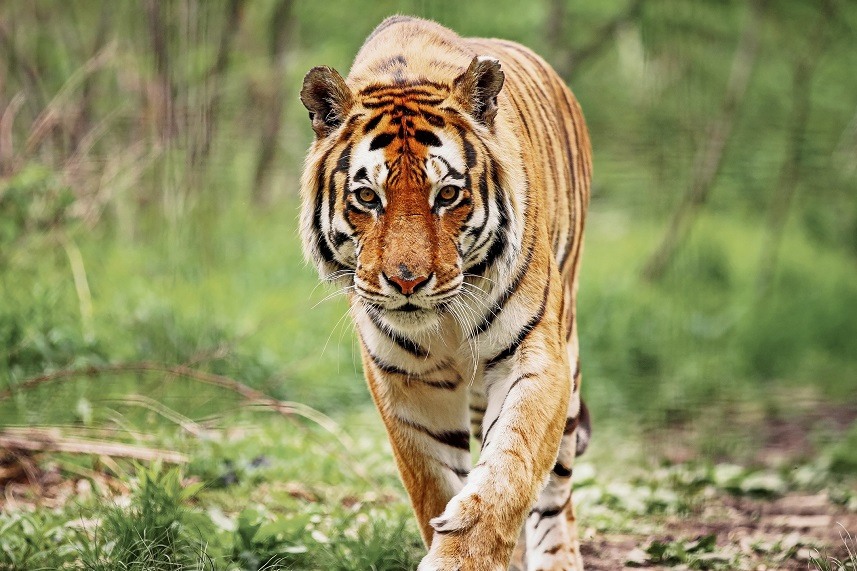 Mike Tyson famously owned Bengal tigers. Complex counts the three Bengal tigers among the “dumbest athlete purchases of all time.” Tyson reportedly paid $140,000 for the animals. But Complex posits that Tyson is “already the world’s most terrifying person, so the last thing he needs is an army of predatory cats.” The Richest reports Tyson sold the tigers after owning them for about a year because they were so expensive to care for. But during the year they lived with him, one of the tigers reportedly headbutted Tyson so hard it knocked his gold teeth out. Nonetheless, he reportedly would like to own another tiger when he can afford to take care of the animal. 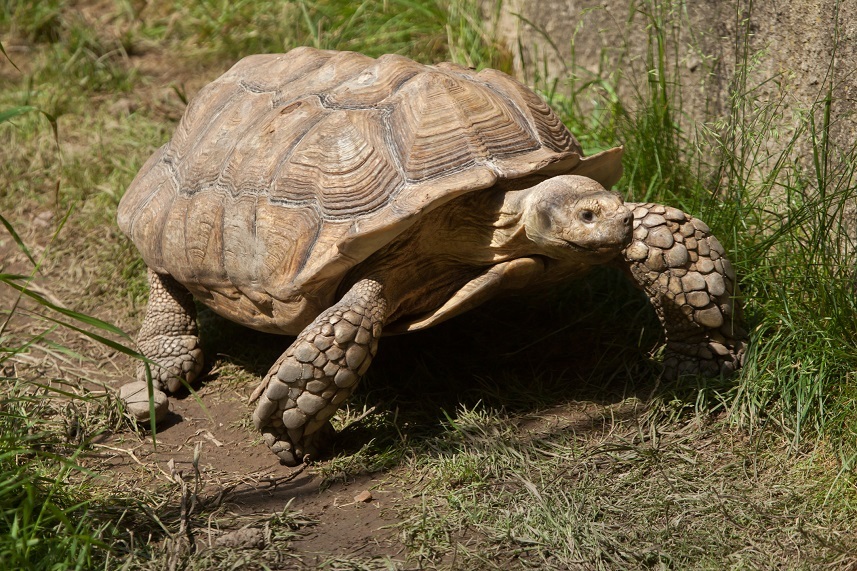 Sure, you can buy a small turtle at the pet store. But People reports Leonardo DiCaprio owns a much more exotic animal: an African spurred tortoise. DiCaprio paid $400 for the animal, which weighed 45 pounds and was 7 years old at the time. African spurred tortoises can live up to 200 years. And they can get as large as 180 pounds. Jay Brewer Vella, owner of the reptile shop Prehistoric Pets, sold the tortoise to DiCaprio at the North American Reptile Breeders Conference and Trade Show in Anaheim, California. He tells People, “They make really good pets.” 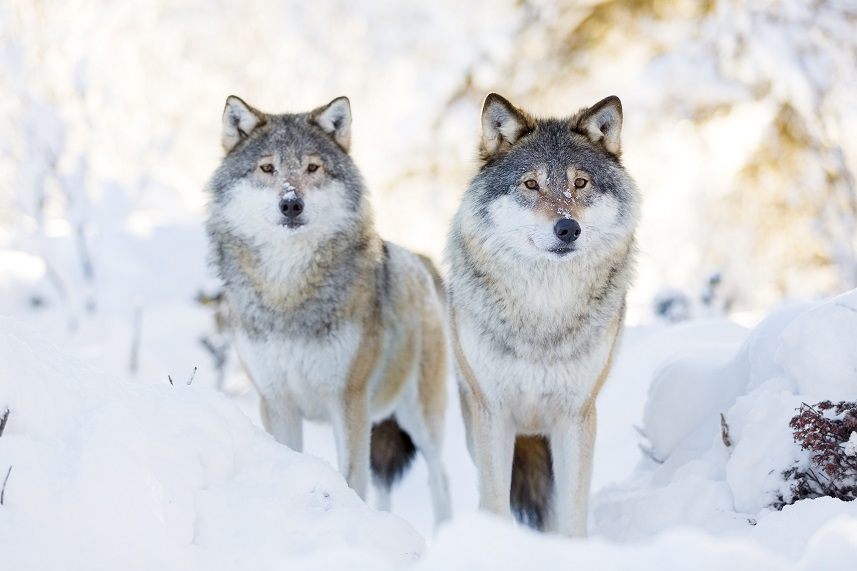 Kristen Stewart (or, perhaps more accurately, Kristen Stewart’s mother) is known for keeping wolf-dog hybrids as pets. The Mirror reports when Stewart was young, her mother kept wolves as pets. And she moved to a Santa Monica, California, ranch specifically for them. The younger Stewart visits them often. The wolves became a topic of controversy with the neighbors, even though the wolves are actually legal wolf-dog hybrids. Kristen Stewart told David Letterman the animals are “really sweet. I cook for them when they’re hungry.”