12 National Monuments You Should Visit While You Still Can

What do the Grand Canyon, Death Valley, Denali, and Petrified Forest all have in common? They’re all national parks that started out as national monuments.

U.S. law gives presidents the power to designate federal lands as protected monuments without having to get approval from Congress. Some hail the practice as a way to preserve vulnerable historic and natural sites, and others criticize it as a land grab by the federal government. (Once a site becomes a monument, activities, such as logging, drilling, and mining are restricted.)

Now, President Donald Trump wants to take a closer look at some of the national monuments his predecessors have created. Twenty-seven monuments established since the mid-1990s are under review and might eventually lose their status.

Although it’s not even clear whether Trump has the authority to get rid of national monuments, if he gets his way these areas might eventually be opened up to development. If you’ve been thinking about visiting one of these 12 national monuments, you might want to start planning your trip now. 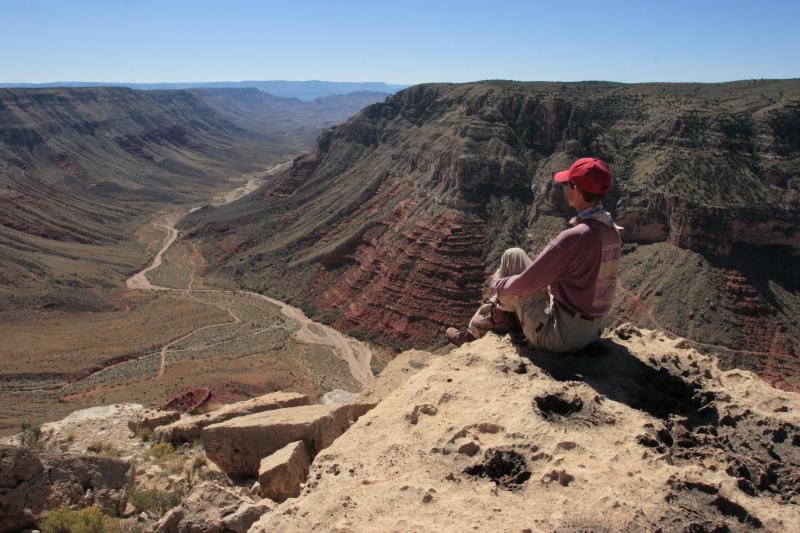 The Grand Canyon has been a national park since 1919, but the adjacent Grand Canyon-Parashant National Monument has only been around since 2000. The remote, million-acre site on the canyon’s north side is jointly managed by the National Park Service and the Bureau of Land Management. And it sees far fewer visitors than its more famous neighbor, largely because it’s so difficult to reach. Don’t expect paved roads, established trails, visitor centers, or other amenities. But high elevation and minimal light pollution make it an ideal spot for stargazers and rugged types who enjoy true wilderness camping.

Until earlier this year, most people had probably never heard of Carrizo Plain National Monument. Then the superbloom happened. A wet winter after years of drought led to an explosion of wildflowers across the state, especially at Carrizo Plain in the state’s central valley. And visitors flocked to the area to snap pics of the colorful flowers. The blooms have faded now, but the monument is still worth visiting. The 200,000-acre preserve has two campgrounds, multiple hiking trails, and a visitor center.

3. Craters of the Moon 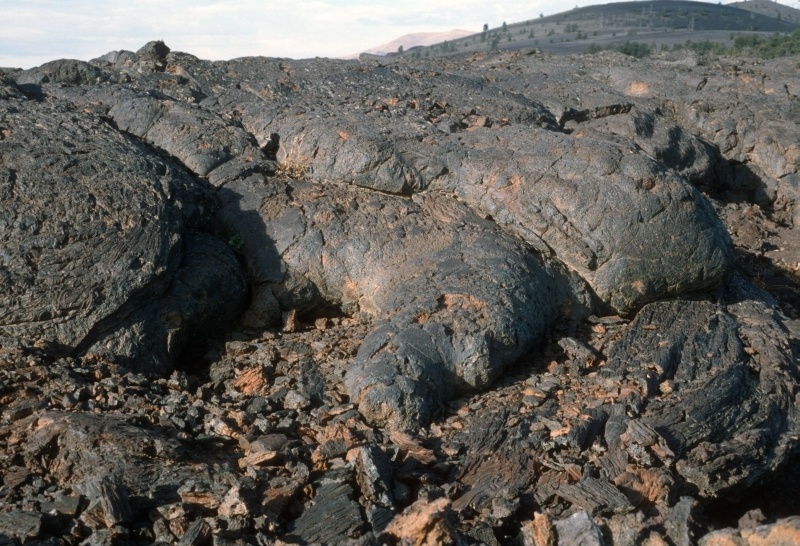 The otherworldly landscape at Idaho’s Craters of the Moon National Monument was created during a volcanic eruption tens of thousands of years ago. Former President Calvin Coolidge designated it a national monument in 1924, and former President Bill Clinton expanded it in 2000. Today, it’s roughly the size of Rhode Island. Visitors can hike, explore lave tube caves, and trek to the top of one of the park’s spatter cones, which are remnants of past volcanic eruptions. 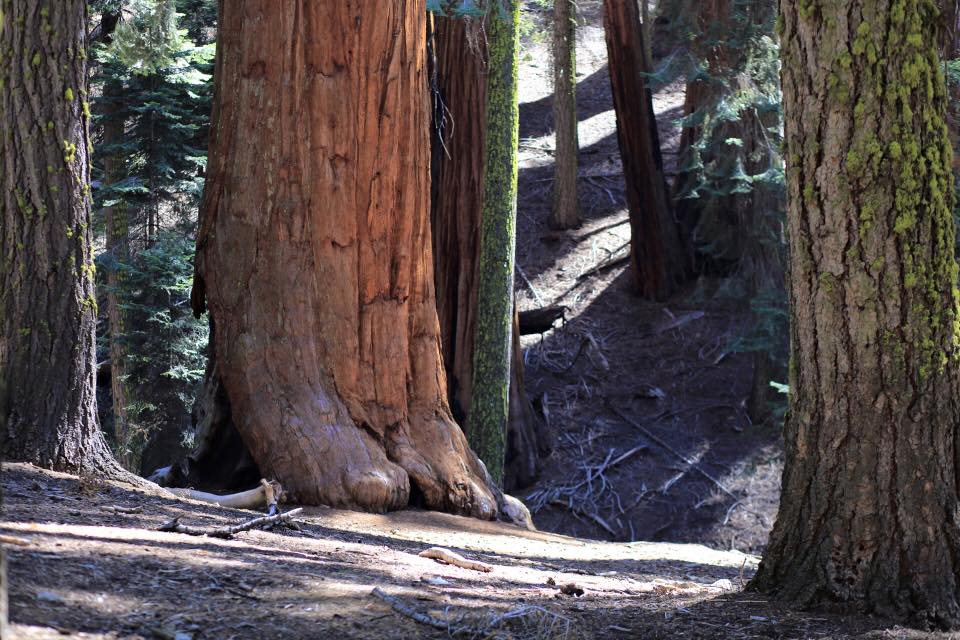 The giant sequoias | Visit Sequoia and Kings Canyon via Facebook

Giant Sequoias are the biggest trees on Earth by volume, and they grow only on the western side of California’s Sierra Nevada mountain range. Many of the trees are located in Sequoia and Kings Canyon National Parks, but another 33 groves are located in the Giant Sequoia National Monument. You can camp among the sequoias at Princess Campground and hike the Trail of 100 Giants, which the U.S. Forest Service calls “one of the premier groves of giant sequoias.”

Utah and Arizona are rich in natural wonders, so perhaps its not surprising many people overlook Vermillion Cliffs National Monument, located just north of the Grand Canyon. Visitors have described the red rock formations as “spectacular” and “picturesque.” Aside from a few hiking trails and a couple of primitive campgrounds, don’t expect a lot of amenities. But if you’re looking to experience a quieter side of the Southwest (and maybe see a few endangered California condors), this place should be on your to-visit list.

No national monument might be more controversial at the moment than Bears Ears in Utah. Created by former President Barack Obama shortly before he left office, this monument encompasses 1.3 million acres of wilderness and Native American cultural sites. Some locals aren’t happy about the designation, which they see as an example of the federal government overstepping its bounds. Advocates say monument status is necessary to protect ancient cliff dwellings and petroglyphs from vandalism and looting.

Bears Ears monument is so new that there are basically no amenities for visitors. People who venture into the wilderness need to be fit and prepared for rough conditions, warned Visit Utah. And they should take extra care not to disturb any archaeological sites.

Another monument Obama established, Organ Mountains-Desert Peaks protects nearly 500,000 acres of mountain ranges, desert landscapes, and historic sites near Las Cruces, New Mexico. The preserve (divided into four separate sections) is one of the more accessible monuments on this list, with a visitor’s center a few miles off of I-25, a developed campground, horseback riding trails, and archaeological sites accessible via short hikes. Visitors can also see the remains of an old stagecoach route, explore a cave that supposedly served as a hideout for Geronimo, and check out sites connected to legendary outlaw Billy the Kid.

California’s Sand to Snow National Monument stretches from the barren desert west of Joshua Tree National Park and Palm Springs to the snow-capped mountains in the San Bernardino National Forest. The monument preserves an important habitat for local wildlife but is also popular for recreation. Thirty miles of the Pacific Crest Trail (made famous in the movie Wild) cut through the monument, which is the most-visited wilderness area in Southern California.

After you explore the pueblos and art galleries of Taos, New Mexico, pay a visit to the Rio Grande Del Norte National Monument. The preserve is open for hunting, fishing, boating, and camping. And there are numerous hiking trails, including several offering access to the river and views of the gorge. There’s also a privately operated scenic railroad. And tour companies offer whitewater rafting excursions down the Rio Grande for the more adventurous.

10. Canyon of the Ancients

Mesa Verde National Park may be home to the most famous cliff dwellings in the U.S. But it’s hardly the only place to see impressive Puebloan ruins in the area. Canyon of the Ancients National Monument in southwestern Colorado is home to more than 6,000 ancient sites. The 40-room Lowry Pueblo is the most accessible. And the Anasazi Heritage Center has exhibits about the history and culture of the Four Corners region. 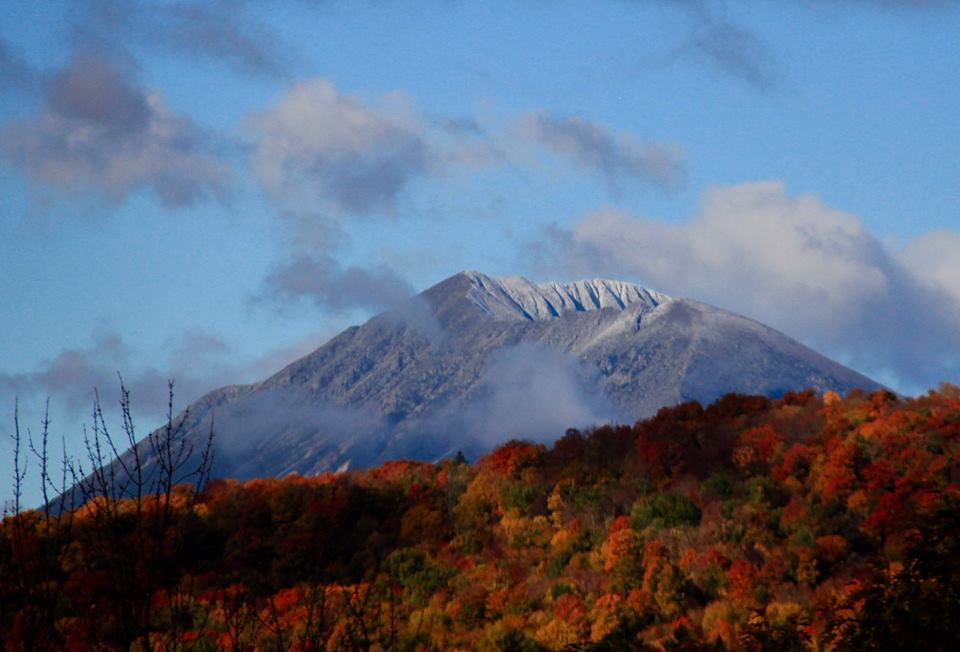 Here’s one of the only endangered monuments west of the Mississippi. We have the founder of Burt’s Bees to thank for Maine’s Katahdin Woods and Waters National Monument. Roxanne Quimby purchased more than 87,000 acres of land in Maine’s north woods and donated it to the federal government, in the hope the land would eventually become a national park. State lawmakers weren’t happy about the move, which they say will damage the local economy. With the fate of the national monument up in the air, now might be the time to visit. There’s no visitor center yet. But you can drive the 14-mile scenic loop road, snowmobile and ski in the winter months, and spend the night in one of two primitive, hike-in cabins in the park.

Some of the national monuments on this list are harder to get to than others. But none may be more difficult to reach than Papahanaumokuakea National Monument. According to National Geographic, conservation, not recreation, is the goal of the park. It consists of 10 islands and atolls northwest of Hawaii. The entire preserve, including the surrounding ocean, is twice the size of Texas and mostly off limits to the general public. (Currently closed visitor facilities on Midway Atoll might eventually reopen though.) In the meantime, scientists doing research can apply for permission to visit. And everyone else can pay a virtual visit to the park here.