Need Work? The Marijuana Job Rush is Going On Now 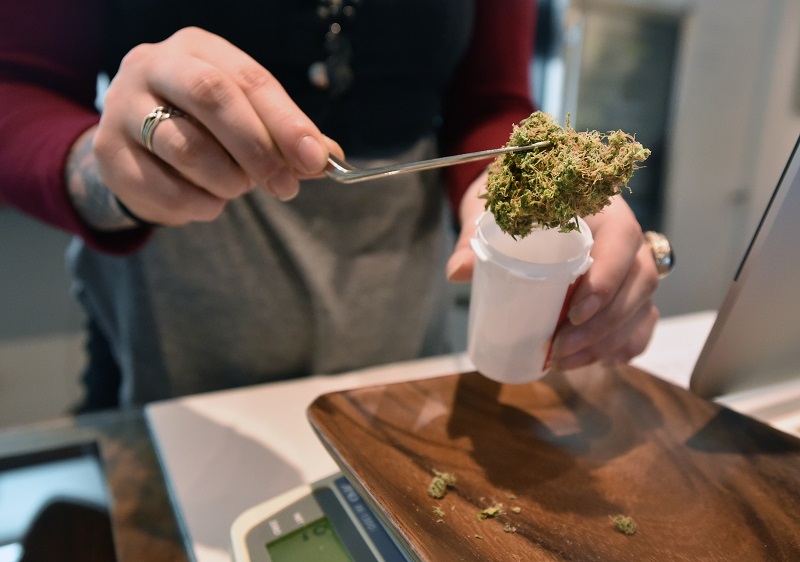 Though the economy is clearly improving and the unemployment rate is at a seven-year low, many folks are still finding it hard to get back into the work force. Though there are things you can do to help yourself out if you’re on the outside of the employment world looking in, sometimes it comes down to taking a job you don’t want – even a seasonal, or part-time gig.

If you’re in that boat and looking for something a bit…unorthodox, there’s demand out west for a new type of seasonal worker – seasonal work in the burgeoning marijuana industry. So don’t go fill out an application at Toys ‘R’ Us just yet.

There are a ton of employment opportunities in the marijuana industry, and already, there have been tens of thousands of jobs created through decriminalization and legalization. The problem is that, for the majority of Americans, cannabis is still illegal at both the state and federal level (with the exception of medical marijuana states). That means that these jobs are out of the question for a lot of people.

Still, thousands make the annual trek out west, mostly to California, to work in the marijuana industry as trimmers and processors. The annual harvest requires a lot of labor, and as the industry grows and becomes more mainstream, it means even more opportunity for those willing to hit the road to find work.

As far as what kind of work is available, it’s not exactly glamorous stuff, for the most part. The influx of seasonal workers are more than likely going to end up trimming buds – that is, using scissors or shears to carefully remove and manicure individual buds for sale and consumption – which is tedious, often mindless work. But it’s necessary, and producers need people to do it. And as for where, exactly, the work can be found? A lot of it is in northern California, around the famed ‘green triangle’ in Humboldt County.

This is because a great deal of cannabis is grown outdoors in this region, due to a number of climate and soil factors. Thus, the ‘harvest’ season.

The next question you’re probably eager to ask is about earnings. How much money do these workers actually make? According to the San Jose Mercury News, producers pay between $100 and $200 per pound of trimmed pot. One worker told the paper they can get through two pounds in a day, if they’re “really, really fast.”

Now, this definitely doesn’t sound appealing to a lot of people – even those who may be willing to head west for short-term work. It’s surprisingly hard, tedious, and tiring work, and you really don’t make all that much money. But what may help draw some people in is the fact that it could actually lead to more.

A report from the AP, which ran in the Seattle Times earlier this year, says that those workers who keep at it and become especially skilled at trimming and low-level industry jobs can move up to gigs with more responsibility and necessary skills, like gardeners or concentrate makers.

People specializing in those areas can actually make decent money – between $50,000 and $90,000 per year. That’s a solid middle class job and income, if you can get it.

There’s some opportunity in the industry, if you’re willing to discard comfort, and even personal safety, to get started. That’s the conclusion of an NPR piece that also covered the ‘harvest season’ migrant workers last year, which reported that the influx of workers into Humboldt County and other hotbeds of marijuana production strains the abilities of the small towns and employers to feed and house everyone. There simply isn’t enough housing.

That means that some workers end up sleeping in tents, and can be at risk of assault or robbery in very remote areas. That’s something else to be aware of, if you’re seriously considering the migrant worker path.

If all of this is a bit too much for you, or simply out of the question, there’s still reason to remain optimistic. The future of the marijuana industry is bright, and as legalization spills over from the west coast to other states, more and more jobs are going to become available. Changing sentiment toward cannabis has all but assured it, and it’s going to land on voters and legislators to see the process through.

It’s only a matter of time.