New 2018 Beers That Are Perfect for Summer

It’s summertime and the livin’ is easy — which makes it the perfect time to crack open a cold one. But with so many styles and enticing options, how can a person know which to choose? Try asking the clerk at your favorite local beer store or grocery section. But before you head out, check out this summer beers starter list. You might just find a new favorite style to try. And don’t sleep on the newest trend to hit shelves this season (page 10). 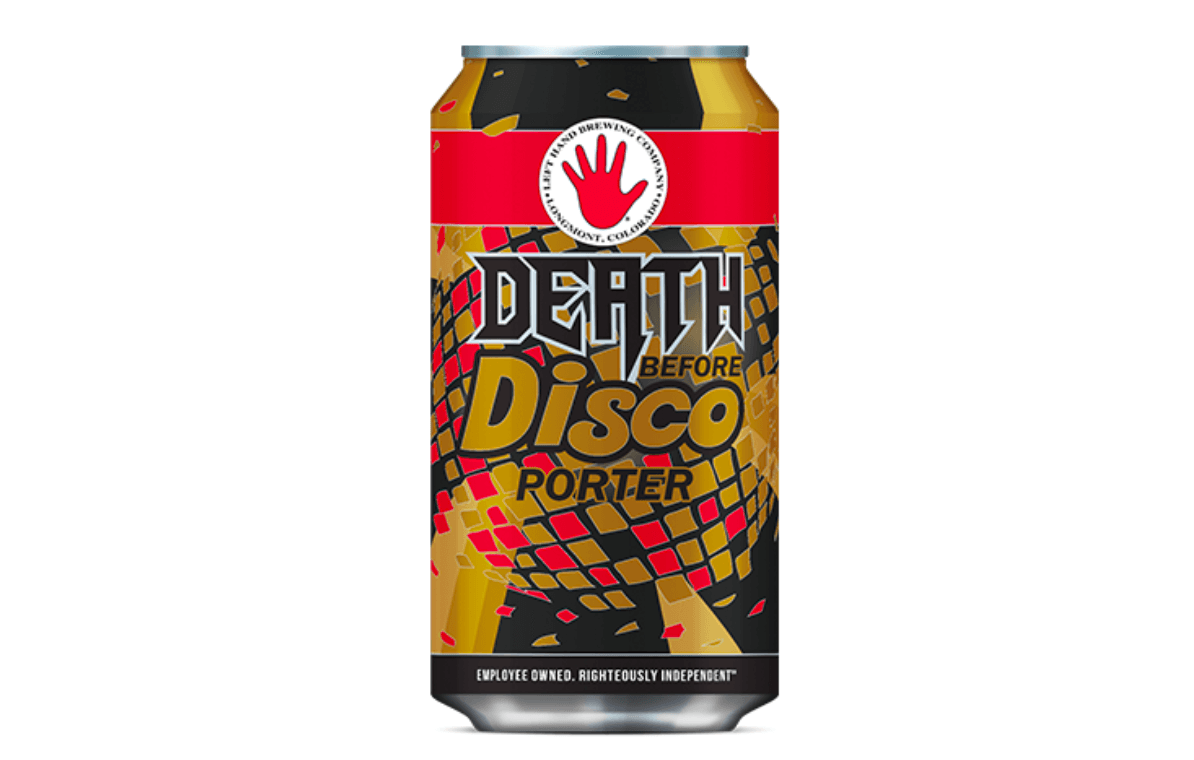 If you love dark beers, Thrillist recommends this one. You might not think of dark beer when you think summer, but no better beer pairs better with a nice, thick steak on the grill or a juicy burger. This new year-round offering from Left Hand goes down smooth, slightly nutty, and not at all heavy. It tastes roasty and chocolately and might even remind you of your favorite iced coffee. Try it around the campfire as the night cools down, for a perfect stargazing companion.

Next: You probably know the following brewery’s beers, but this one also bears repeating. 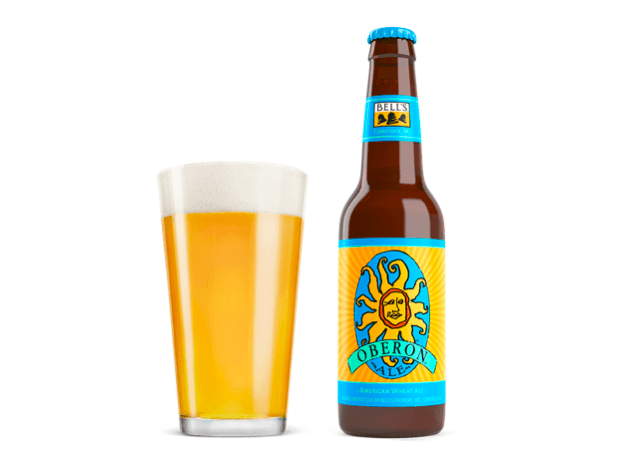 Oberon makes one of those beers that you just keep coming back to year after year, according to beer blog Pour My Beer. Why? It just tastes great, and goes down easy on a hot day. Try this one for its citrus-forward, fruity flavors with just a hint of clove spice. And at 5.8% ABV, it also keeps things light enough for all-day sipping. Pack this one in your cooler for a nice picnic or out on the boat.

Next: If you you to get hoppy, don’t miss this next one. 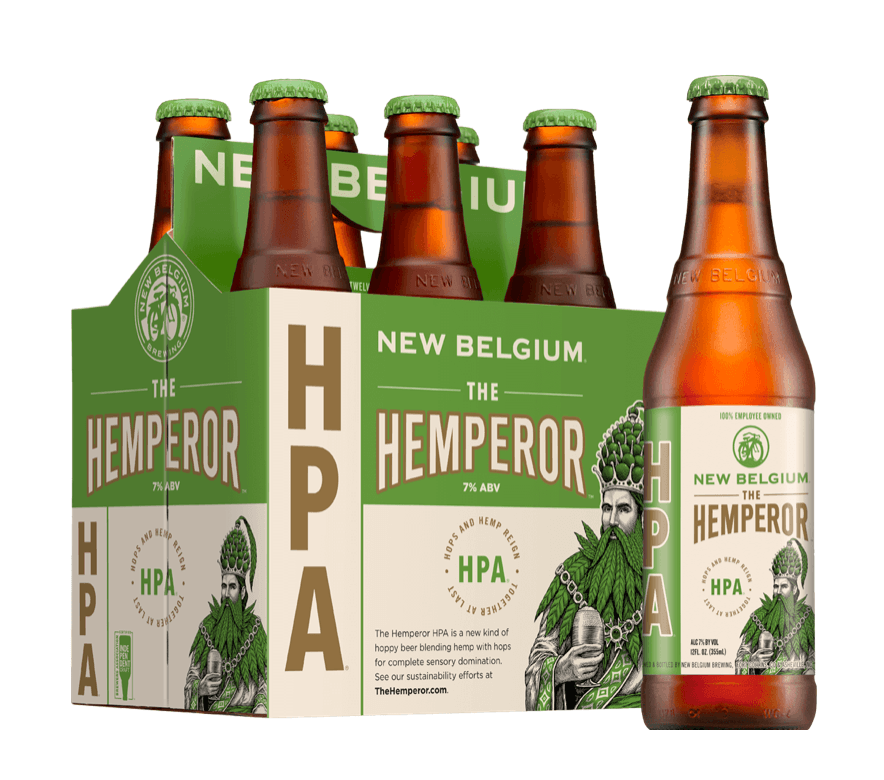 New Belgium’s The Hemperor might smell a little, um, familiar to you hippies out there. Its dank, resin-y scent might remind you of a certain herb. Yes, it contains the experimental HBC 522 compound, but don’t worry — The Hemperor is legal in all 50 states. You might not want to slam these beers all night long, but definitely grab one for a real sensory experience. Far out, man.

Next: This Cleveland-based brewery also really knows their stuff. 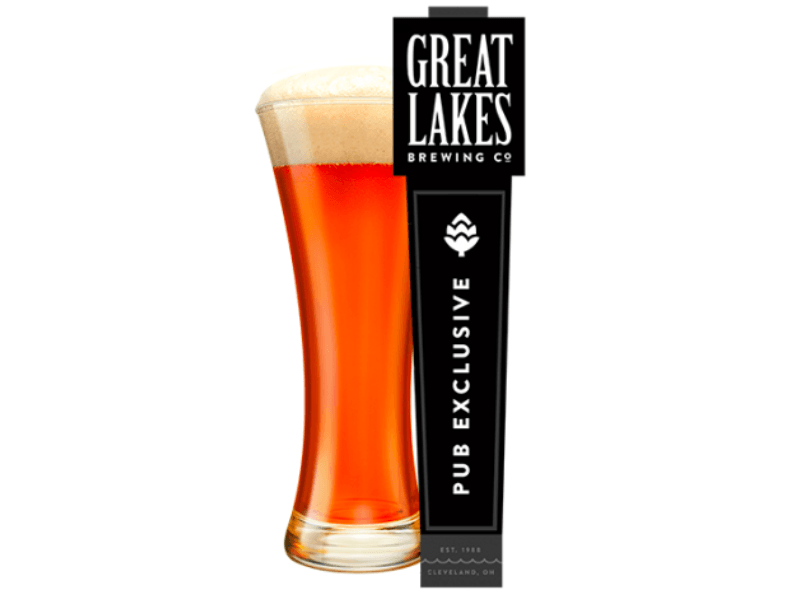 Great Lakes Brewing Company started out as a well-kept Rust Belt secret, but that one got out. Now, the rest of the country can also enjoy the brewery’s huge range of delicious beers. Grandes Lagos, a Mexican-style lager brewed with hibiscus flowers, looks sweeter than it tastes. Don’t let the slightly pink color fool you; this one pairs well with fruity desserts as well as it can stand up to a crawfish broil.

Next: We hear lady liberty herself loves the following. 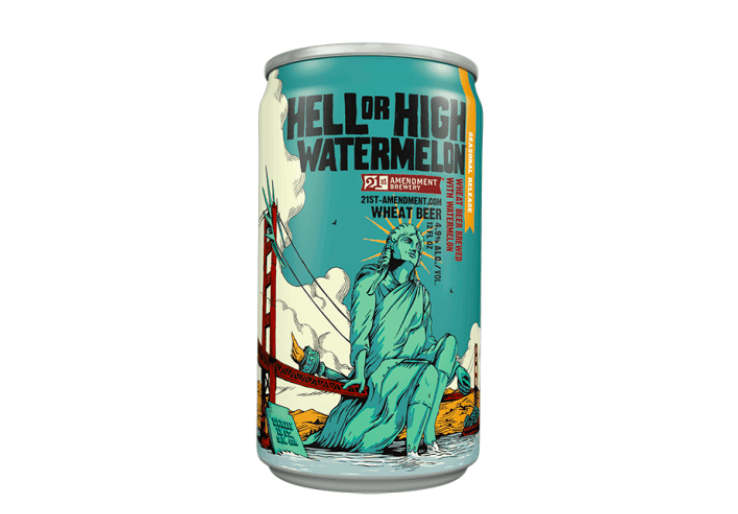 “Like Lady Liberty, we stand for independence and perseverance. In the pursuit of innovative beer, there is no obstacle too great. No journey too long. No fruit too gigantic,” the 21st Amendment brewers say of this patriotic tipple. They use real watermelon to brew this American wheat beer that tastes just like summer in a can. Don’t expect a super-sweet sipper here, either. The beer tastes perfectly refreshing, a little tart, and great for watching the fireworks.

Next: If you like crazy concerts, we have a suggestion. 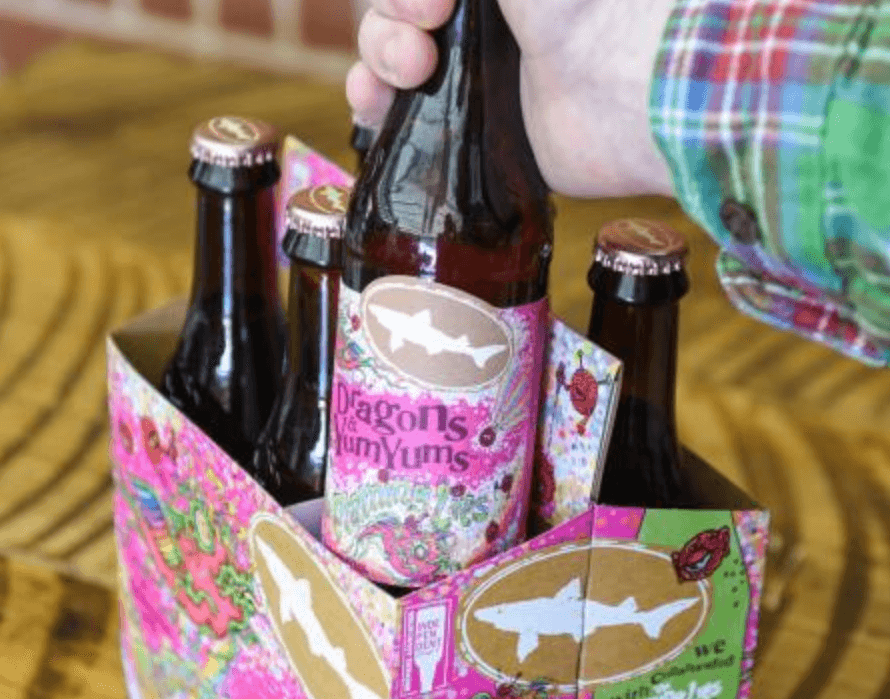 This collaboration with The Flaming Lips from Dogfish Head sounds weird, and it also tastes a little unexpected. The brewers used passionfruit, dragon fruit, pear juice, and yumberry (which doesn’t sound like a real thing) in this American Pale Ale. The result tastes just as fruity as it sounds. If you think you don’t like pale ales, give this one a try for an easy introduction into the style.

Next: Get a bit salty with the following flavor. 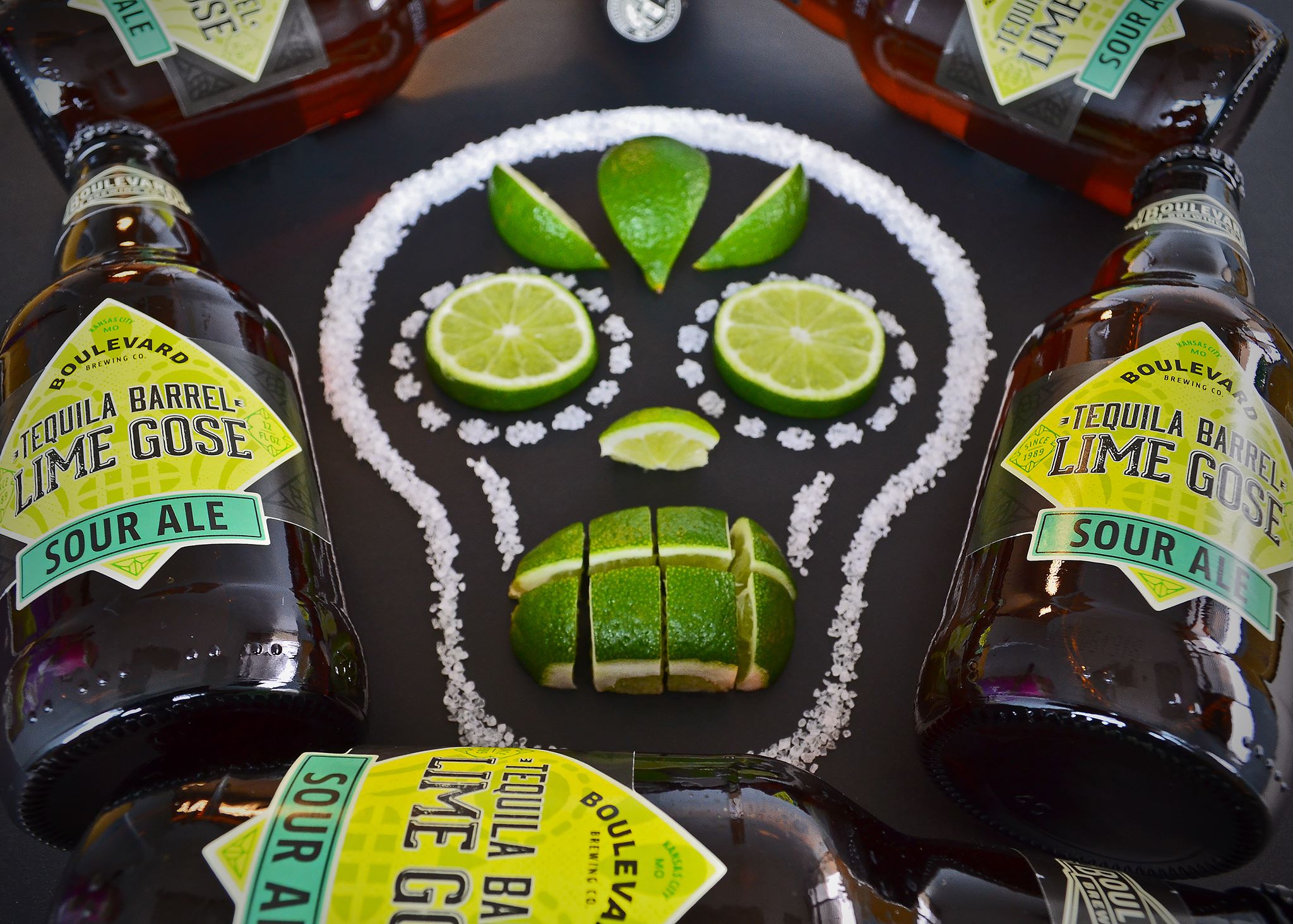 If you haven’t tried a gose yet, summer sets the perfect stage for them. These salty, tangy, tart beers taste a little like what might happen if you got the ocean in your can — in a good way. This super zesty gose from Boulevard gets aged in barrels, to mellow out that punch. You’ll taste the sweet agave from the tequila, with the lime and the salt reminding you of those ill-advised shots you probably took in college.

Next: The following hybrid style will really make your summer.

Paste Magazine loves Stone Brewing’s I’m Peach Double IPA, and not just for the punny name. Yes, they brewed the beer with real peaches, for a subtle fruit flavor that complements the hop juiciness. And just like presidential legal proceedings, this IPA needs a strong backbone, so if you don’t love hops and assertive beers, maybe skip this big guy. If you prefer your IPA without fruit, never fear: Stone comes out with new ones all the time.

Next: This next easy-drinking beer will take you all the way through Labor Day. 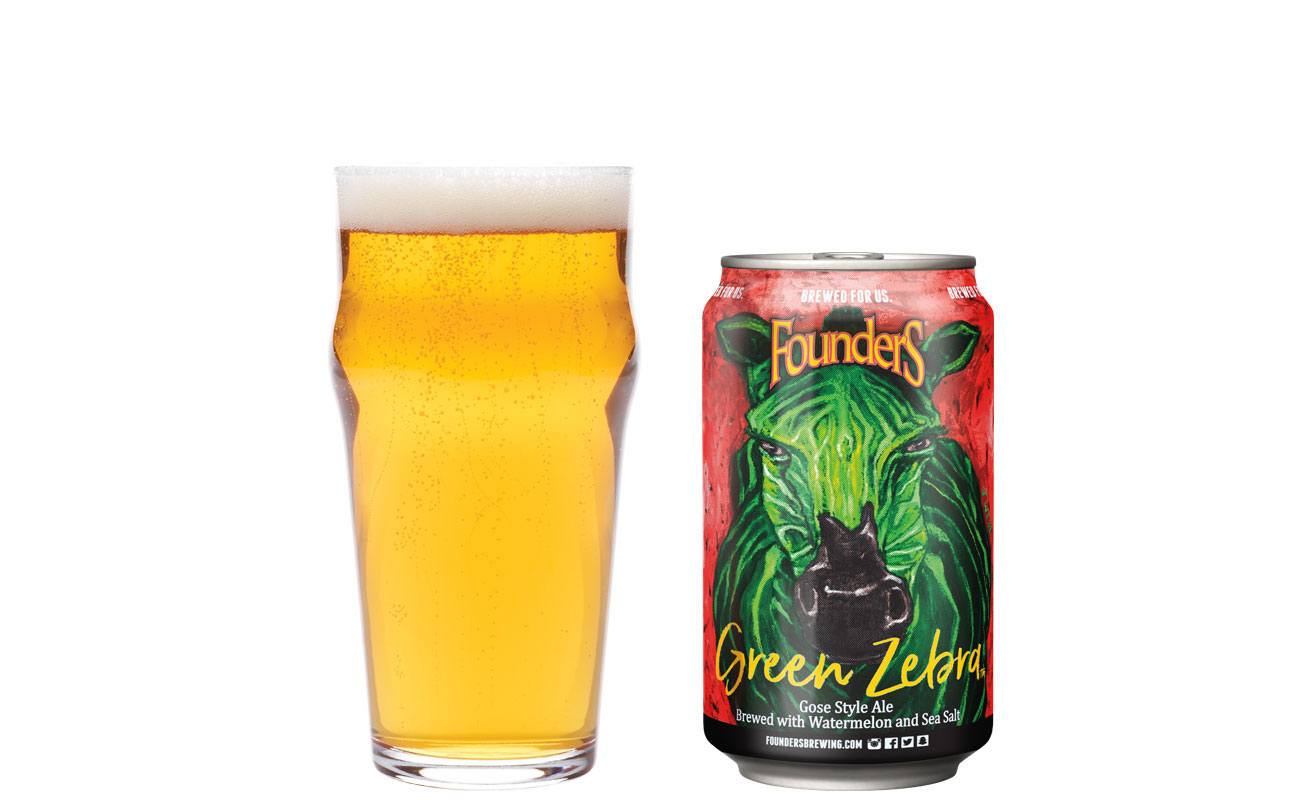 Yes, we know this makes two gose’s and two watermelon beers on the list, but trust us on this one. Green Zebra will kick you in the teeth with a burst of watermelon flavor, a subtle sour note, and a salty finish to tie it all together. Think about it like having a slice of fresh watermelon by the seaside. Now doesn’t that sound like the perfect summer afternoon?

Next: We might get a little flack for the following, but we love it.

We know, we know. A rosé cider does not a beer make, but hear us out. Rosé cider has parachuted into popularity over the past year or so, and many cideries have popped up with it. This Vermont-based cidery uses wine skins for that signature color. It also doesn’t taste as sweet as you might think — more like biting into a nice, crisp apple. With rose cider, you can bring a whole new meaning to “rosé all day.”