If you have kids, or even if you know kids, then you’ve definitely heard of slime.

Sometimes the strangest things become popular – pet rocks. Furbies. Beanie babies. One thing these viral trends have in common is that they’re all so simple. Yet somehow people are making thousands or even millions of dollars selling them.

Slime is either loved or hated by parents (sometimes it’s both). It’s messy, yet entertaining. It’s cheap, yet potentially dangerous. It keeps children from zoning out in front of the TV or their tablets, encouraging more creative play. But once you’ve cleaned slime off a white couch, you’ll be wishing for them to rediscover Netflix. 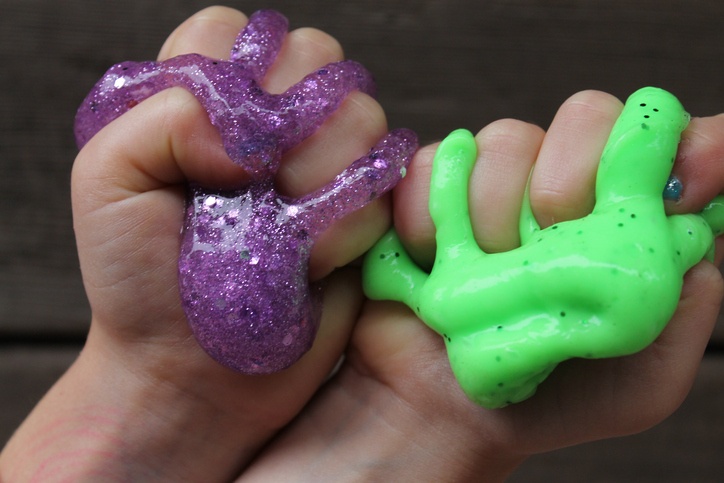 Apparently “how to make slime” was the most searched DIY on Google in 2017. And making it couldn’t be easier. It’s made by combining Elmer’s glue with Borax, which combines in a magical fashion to create the pliable, ooey, gooey, oozing concoction that kids can’t get enough of. Elmer’s reported an amazing increase in recent sales thanks to the popularity of home-based slime makers.

There’s the story about a teenager bringing home a six-figure salary from her Etsy slime shop. Then there’s that 23-year-old peddling slime videos on YouTube and apparently making millions of dollars from advertising alone. She quit her day job to pursue the hobby full time. Slime is incredibly popular and shows no signs of going out of style anytime soon.

Of course, not everything about slime is innocent. For example, People reported that an 11-year-old girl suffered serious burns on her hands when trying to make slime at home. Borax exposure isn’t safe without gloves, and it’s certainly not edible. That’s where Jell-O makers stepped in with a delicious (literally) alternative.

Now you can have your slime and eat it too

Jell-O slime is genius because it’s 100% edible. The company also claims it’s easier to clean up with just soap and water, which is sure to make it a hit with the parents. The product was just announced ahead of the 2018 holiday gifting season as a way for kids and parents to both be happy if slime made it onto their shopping lists.

Edible Jell-O slime retails for $9.99 per can and comes in two flavors: Strawberry Unicorn Slime and Lime Green Monster Slime. There’s no need to panic if you find this concoction in the hands of your toddler – each is food-safe and edible, with 290 calories of sugar-laden yumminess per serving. You don’t have to eat it… but you totally can.

Retailers are slotted to start stocking this new slime later next month. If you’re shopping for children, it’s the best gift you’ll find that they’ll love and you’ll love giving.