Standing in front of the open fridge with a fork in hand is one way to eat Thanksgiving leftovers, but we have a better idea. Make a sandwich. And not just a pile of turkey and potatoes on white bread with a bit of mayo. We’re talking about a creation that elevates those turkey scraps to something otherworldly. These seven creative recipes will make your Friday feast even better than the main event. 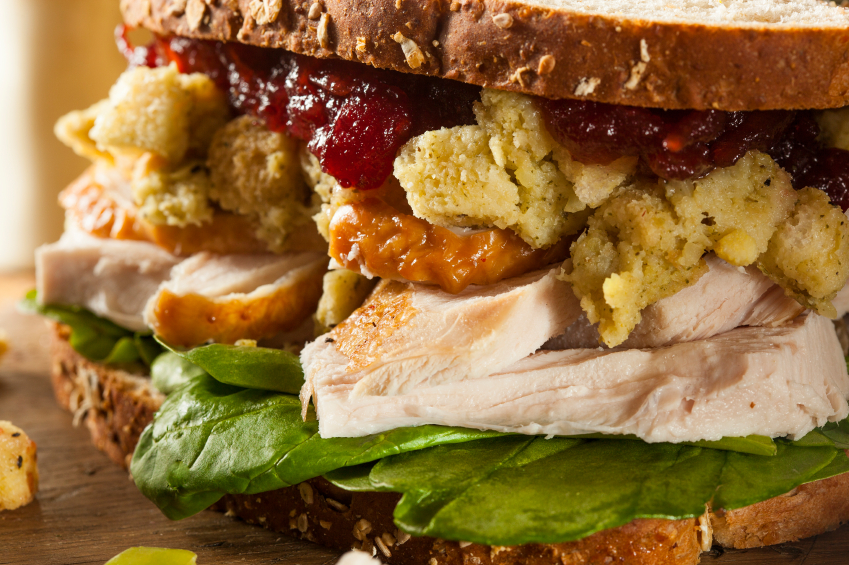 Sweet and savory, everyone’s favorite flavor combination, becomes even better with the addition of spicy chiles. Add Thanksgiving leftovers to the equation, and you have a recipe for success. Get a taste with Kelsey Nixon’s take on leftover turkey sandwiches, featured on Cooking Channel. The star of this handheld meal is the spicy and creamy cranberry spread. Though this recipe calls for cooking a fresh batch of cranberry relish, you can use leftover sauce. Smooth out the fruit in the blender, then follow the recipe from there.

Directions: Combine cider, cranberries, cranberry juice, syrup, and vinegar in a small saucepan, and bring to a boil over medium-high heat. Reduce to a simmer, and cook until liquid is reduced to 2 cups and berries have burst, 18 to 20 minutes. Season with salt and pepper. Transfer to a blender, and purée until smooth. Let cool.

Combine ½ cup glaze with yogurt, scallions, and jalapeño in a small bowl. In a separate bowl, whisk both mustards with honey to combine. 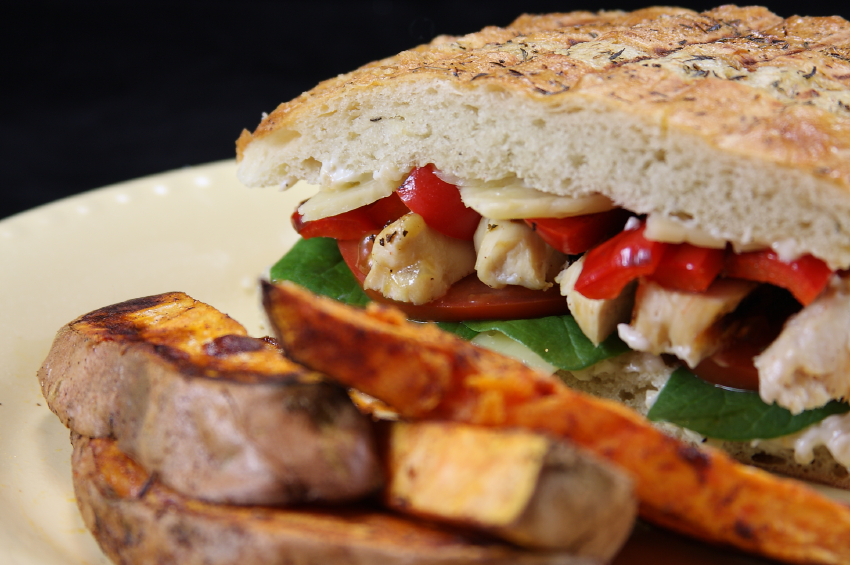 Take turkey to the Mediterranean with Closet Cooking’s sandwiches featuring sweet caramelized onions and a luxurious artichoke spread. The tapenade is pretty easy to throw together, but you might be able to find some at your local grocery store as well. If you can’t find an artichoke version, pick up some regular olive tapenade, then blitz it in the food processor with some canned artichokes.

Directions: Heat oil in a skillet set over medium heat. Add onion and water. Cook onions until extremely soft and golden brown, 20 to 30 minutes, adding additional water during cooking. Onions should be moist, but not wet. 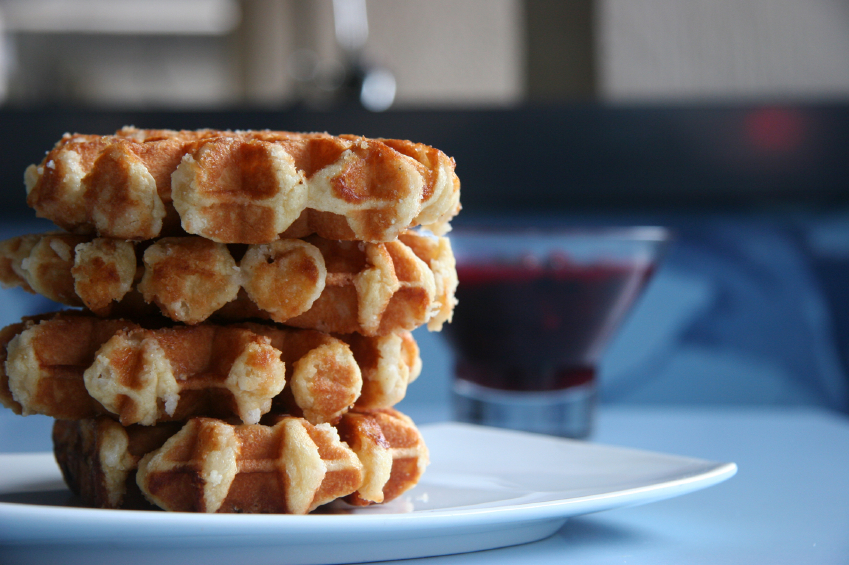 You can find plenty of recipes for turkey sandwiches on waffles all over the Internet. As great as they all look, most of them involve a lot of ingredients and a separate waffle recipe. Anyone who’s familiar with Will it Waffle knows you can usually shortcut your way to a waffle with just a bit of creativity.

For a Thanksgiving spin on the easy way to waffle goodness, try Real Food by Dad’s leftover sandwich. It turns stuffing into a waffle by mixing in just a bit of egg and chicken broth. After crisping the mixture in the iron, top it with turkey, cranberry sauce, potatoes, and anything else your heart desires.

Using your hands, form stuffing mixture into eight 2-inch-wide, 1-inch-thick patties. Place one patty on waffle iron, and cook until crisp and golden, about 3 to 5 minutes. Repeat with remaining stuffing mixture.

Build sandwiches by topping one waffle with potatoes, gravy, cranberries, and turkey. Close with another waffle and repeat with remaining ingredients. Serve. 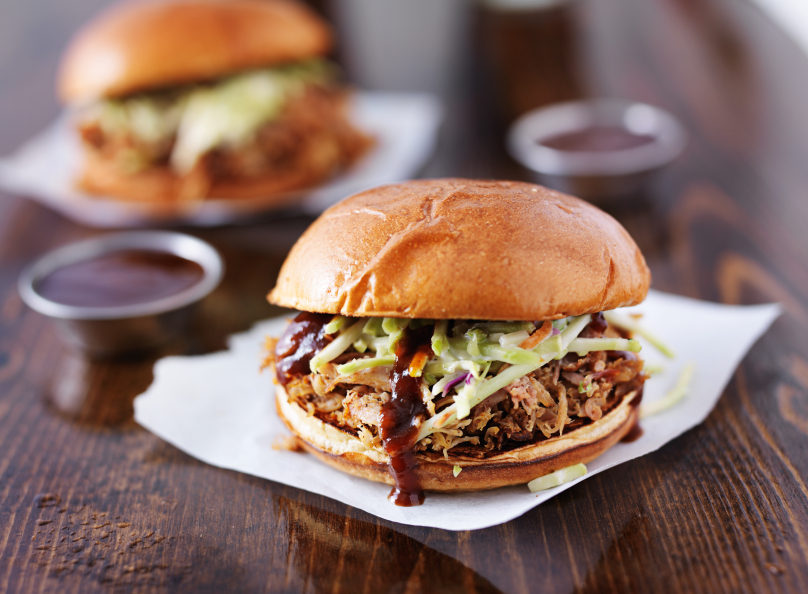 For a true turkey transformation, think barbecue. We like Bon Appétit’s saucy sandwiches with creamy slaw. A little bit of bacon gives the barbecue sauce a hint of smoke, which helps recreate the flavor you get from backyard cooking. If you smoked your Thanksgiving turkey, these sandwiches are probably the best way to use up the leftover meat.

This recipe involves a bit of cooking, but it’s all very simple. Blaming the turkey for making you feel tired is no excuse to be lazy. The Washington Post explained other foods contain just as much or more tryptophan than the actual bird, so get cooking.

Sauté bacon in a small heavy saucepan over medium heat until crisp and brown, about 5 minutes. Add tomato purée, vinegar, water, brown sugar, chili powder, and cumin. Bring sauce to a boil, reduce heat, and simmer for 5 minutes. Season with salt and pepper.

Stir turkey into sauce, and bring to a boil. Reduce heat, and simmer until turkey is heated through, stirring occasionally. 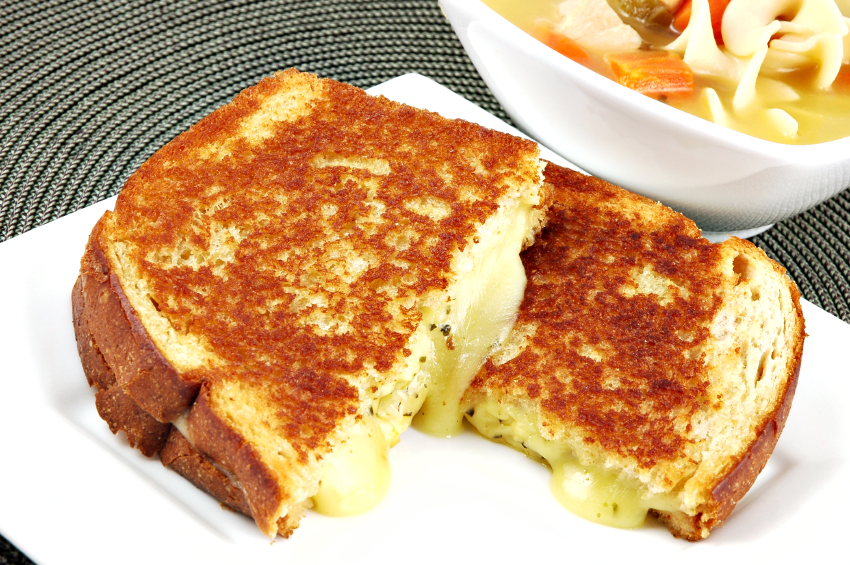 Turning Thanksgiving leftovers into a grilled cheese sounds so delicious, you may find yourself wondering why you haven’t tried it before. Instead of pondering all the years you wasted on a sub-par sandwich, make up for lost time with this melty sandwich from Serious Eats. More of a method than an actual recipe, you can use any type of melting cheese and whatever leftover sides you please.

Directions: Heat 1 tablespoon butter in a large skillet set over medium heat. Once melted, add bread slices and swirl to evenly coat with the butter. Cook, shaking pan occasionally, until bread is golden on one side, then transfer to a cutting board, browned-side facing up.

Heat ½ tablespoon butter in same skillet over medium heat. When melted, add sandwich. Cook, moving occasionally, until golden and crispy, about 3 minutes. Remove sandwich, melt remaining butter, then return sandwich to the pan. Cook until second side is browned. Serve with gravy.

6. Turkey and Corn Quesadillas with Guacamole 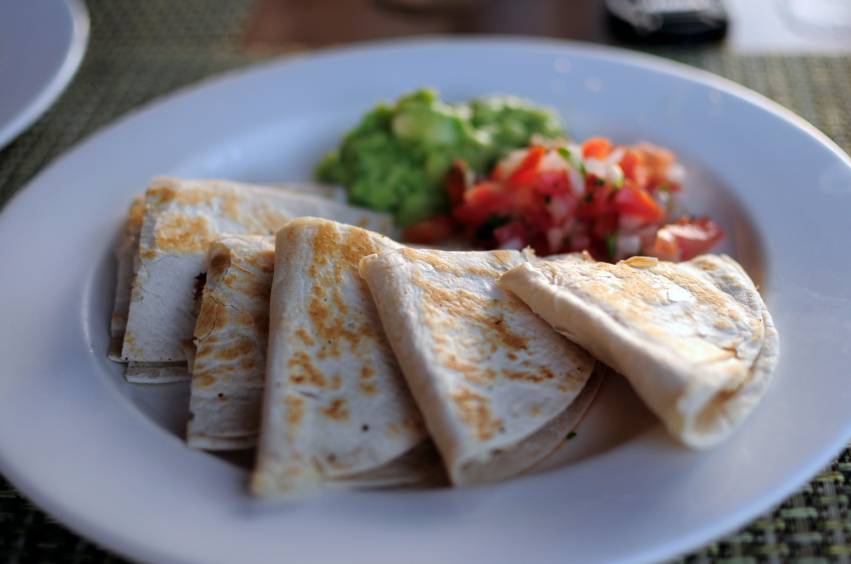 OK, so this isn’t exactly a sandwich. Still, it’s pretty close, and quesadillas are always a good choice for fast and delicious meals. This one from Fine Cooking ups the ante with a homemade guacamole and the sweet pop of corn kernels. You can even turn leftover cranberry sauce into a makeshift salsa by adding some onion, jalapeño, lime juice, and cilantro.

Directions: Position rack to the center of the oven, and preheat to 200 degrees Fahrenheit. In a medium bowl, mash avocado with a potato masher or fork. Stir in the onion, 1 tablespoon lime juice, chile, ½ teaspoon salt, and ½ teaspoon pepper. If needed, season with additional salt and lime juice. Press a piece of plastic wrap directly onto the surface until ready to serve.

In a large bowl, toss turkey, corn, and cilantro with 1 teaspoon salt. Top half of each tortilla with ⅛ of the turkey mixture and ¼ cup cheese. Fold in half.

Heat 1½ teaspoons oil in a large nonstick skillet over medium heat. Add 2 quesadillas, and weigh down with a lid. Cook until golden and crisp, about 2 to 3 minutes. Use a spatula to gently flip each quesadilla, and cook until second side is golden and cheese is melted, about 2 minutes longer. Transfer to a baking sheet, and place in the oven.

Wipe out skillet, and repeat with remaining ingredients. Cut quesadillas into wedges. Serve with guacamole and lime wedges.