No Kitchen at Work? 6 Lunches That Taste Great at Room Temperature

Not everyone is lucky enough to have a full kitchen in their office. Some folks don’t even have access to a fridge or microwave, so lunch often consists of takeout or restaurant meals. Both of those options can add up pretty quickly and they’re usually not very healthy. While packing a piping-hot soup or leafy salad might not be the best options for a lunchbox that’s going to be sitting out for a few hours, there are plenty of other foods that do just fine. We’ve rounded up six great recipes to keep your weekday lunch delicious, no heating or chilling required. 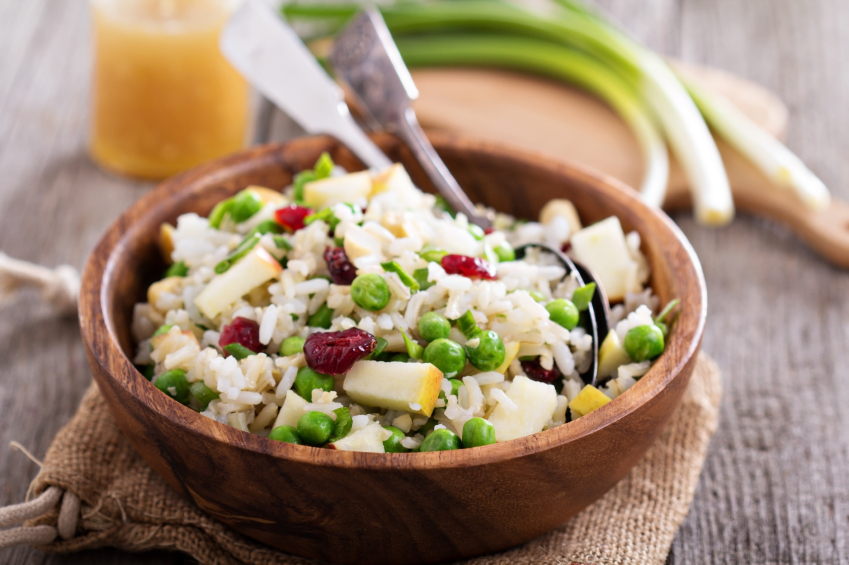 Grain salads might be the ultimate lunch food. They taste great cold or room temperature, offer plenty of nutrition, and never get soggy or mushy. This recipe from Eating Well is about as good as it gets with tons of different flavors and textures. Almonds and apples offer great crunch, grapes give a burst of sweetness, and the salty cheddar is just right. This dish gets a boost of protein from lentils, but you could also swap in some shredded rotisserie chicken or diced deli turkey.

Directions: Rinse rice under cold water and drain. Bring 7 cups water to a boil in a 4-quart pot over high heat. Add ¾ teaspoon salt, then rice. Reduce heat to a simmer, and cook uncovered, stirring occasionally, until rice is tender, about 20 to 25 minutes. You may need to add more boiling water occasionally in order to keep rice covered. Drain rice and rinse under cold water.

Put vinegar in a small bowl. Gradually whisk in remaining ½ cup oil. Taste and season with salt, pepper, and additional oil or vinegar.

2. Chicken with Couscous and Orange 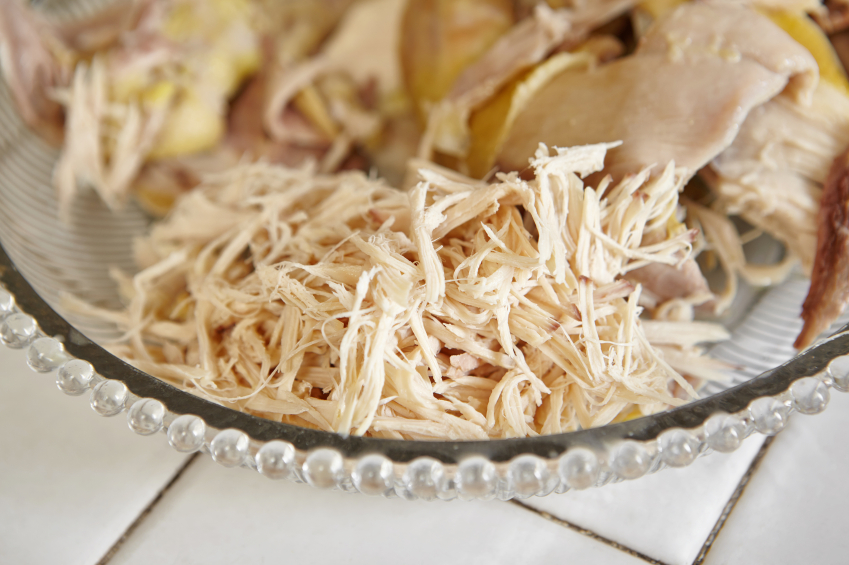 Not many leftovers can make the transition from dinner one day to lunch the next without some kitchen wizardry, but this chicken and couscous dish from Martha Stewart’s Everyday Food is an exception. The couscous cooks in a few minutes and the poultry just needs to be shredded, so this meal comes together in record time. You can up the fiber by choosing a whole-wheat couscous, or try adding some sliced snap peas.

Consider this recipe a guideline, then adapt it based on whatever ingredients you prefer. Try using leftover pulled pork instead of the chicken. Different fruits ranging from pitted cherries to sliced plums all work and you can substitute any nut for the pistachios.

Directions: In a medium bowl, pour 1 cup boiling water over couscous. Cover, and let sit until fully cooked, 5 minutes. Fluff with a fork, and set aside. In another medium bowl, combine chicken, nuts, orange, mint, oil, and vinegar. Season with salt and pepper. Toss couscous with chicken mixture. Serve. 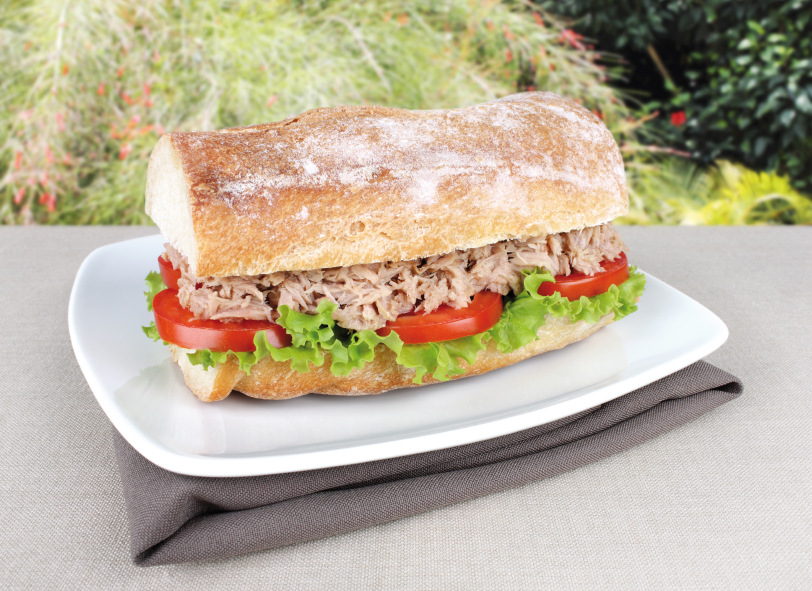 This classic French sandwich is pretty much American tuna salad’s sophisticated cousin. The best part about a pan bagnat is it actually gets better the longer it sits, since the flavors have a chance to meld. We like Alton Brown’s easy version, featured on Food Network. Make the full recipe, store the remaining portions in your fridge during the week, and you’ll have lunch for four days.

Directions: In a small bowl, whisk vinegar, mustard, salt, and pepper to combine. While constantly whisking, stream in olive oil until dressing is emulsified and all oil has been added. Set aside.

Slice baguette horizontally into two pieces. Tear out some of the interior bread, leaving a well in the middle of each bread half. In order, layer bottom half of bread with tuna, pepper, onion, eggs, olives, and tomato. Drizzle with vinaigrette, top with other half of bread. Wrap tightly in plastic wrap, and let stand at room temperature 2 hours. 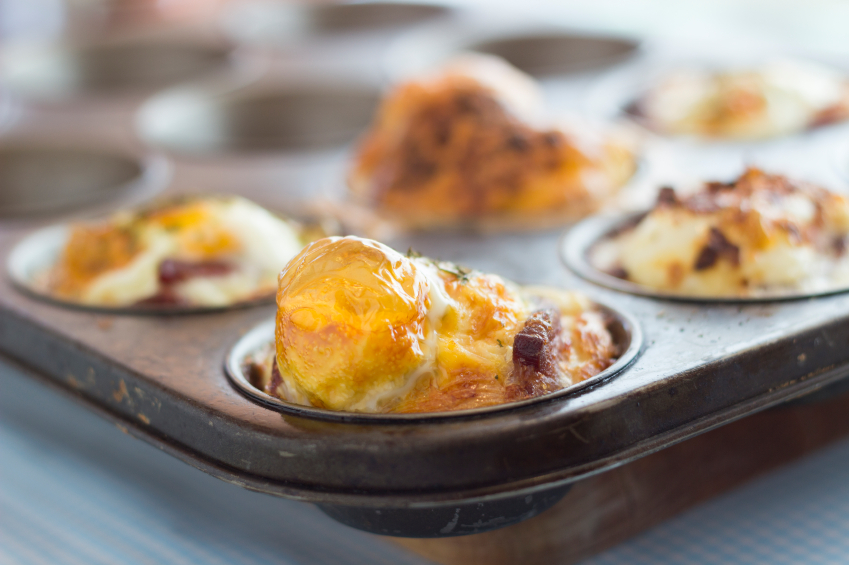 Sometime a few years ago, people realized their muffin tins could be used for more than just baked breakfast goodies. It became a sensation, and things got a little bit out of hand. Baking tiny pies with a lattice crust might be adorable, but it’s also way more work than making a regular one.

Still, the idea isn’t all bad. Using a muffin tin for some baked foods is actually smart, because it cuts down on the cooking time and leaves you with meals that are easy to portion. We particularly like Italian Food Forever’s egg cups, especially if you add a little bit of cooked Italian sausage. Pack a few of these for a handheld eats for a lunch that’s much tastier than a sad wrap from the corner deli.

Directions: Preheat oven to 325 degrees Fahrenheit, and lightly grease a nonstick muffin tin. Whisk together eggs and milk, and pour into cups.

Evenly divide spinach and mushrooms among egg mixture, then evenly sprinkle tops with tomatoes and cheese. Bake for about 25 minutes, or until centers are set and edges have lightly browned. Cool in tins for 5 minutes, then invert onto a platter. Let cool completely, and serve.

Anyone who’s heard of Mark Bittman knows him as a champion of the healthy eating revolution, but he’s also a champion of making cooking super speedy. Though we often think of those concepts as mutually exclusive, it doesn’t have to be that way. Bittman’s soba noodles with pork and veggies from The VB6 Cookbook, which he shared with Serious Eats, is a perfect example. It’s a great-tasting recipe packed with protein, fiber, and vitamins. It also comes together in just 30 minutes.

Directions: Bring a large pot of water to a boil, and add 1 teaspoon salt. Set a large skillet over high heat, and add 1 tablespoon vegetable oil, swirling to coat pan. Immediately add pork, and sprinkle with remaining salt and pepper. Cook, without moving, until pieces brown and release from pan. Add garlic, ginger, and chile. Cook, stirring frequently, until meat is not longer pink and vegetables have softened, 3 to 5 minutes. Remove meat mixture to a plate and take pan off heat.

6. Sausage and Lentils with Spinach 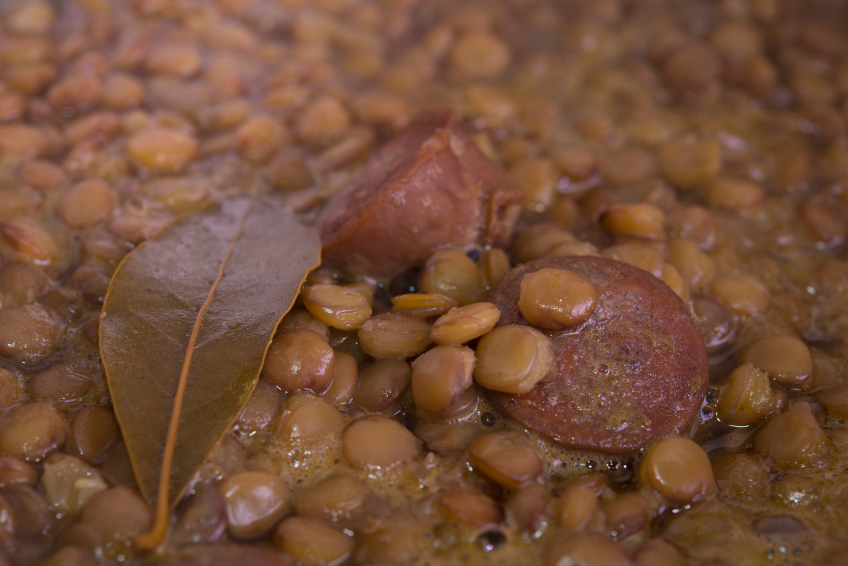 Lentils and sausage are a classic pairing for dinner, so we think it’s time to enjoy the duo earlier in the day. Like grains, lentils make a nutritious lunch that’s sturdy enough to stand at room temperature for hours. Bon Appétit’s recipe gets tons of flavor from some hearty kielbasa and savory mushrooms. Adding some of spinach makes it a complete meal. Give the lentils a taste before you head out the door, because you may find they need a dash more salt after cooling off.

Directions: Heat oil in large, heavy pot over medium-high heat. Add sausage and cook until browned, about 5 minutes. Using a slotted spoon, transfer sausage to a plate. Add onion and mushrooms to pot, season with salt, and cook until mushrooms are soft, stirring occasionally, about 7 minutes. Add garlic and thyme. Cook, stirring, for 1 minute. Add lentils and bay leaves, stirring to coat. Add 6 cups broth, bring to a boil, then reduce heat to medium-low. Cover with lid, leaving slightly ajar. Simmer until lentils are tender, stirring occasionally, about 18 minutes. Return sausage to pot. Add spinach in batches, stirring to wilt. Season with salt and pepper. Serve.