Samuel L. Jackson isn’t a fan of Donald Trump. But that probably doesn’t surprise you. After all, there are plenty of A-listers who’ve been unapologetically open about their disdain for the POTUS. And Jackson, in particular, has no qualms about taking digs at The Donald, no matter what the occasion. Case in point: The time Jackson may have ruined Trump’s birthday with just one tweet.

On June 14, 2018, people wished our commander in chief a happy 72nd birthday. Clearly, none of those people were Jackson. Quite the contrary, the actor took to Twitter to express his feelings for the president. Alongside a picture of a novelty product called “After Dick Mints,” Jackson wrote, “Must have been a party at The White House, Mitch, Paul, Rudy & others were spotted wearing knee pads & carrying these lined up outside. Happy Birthday.” 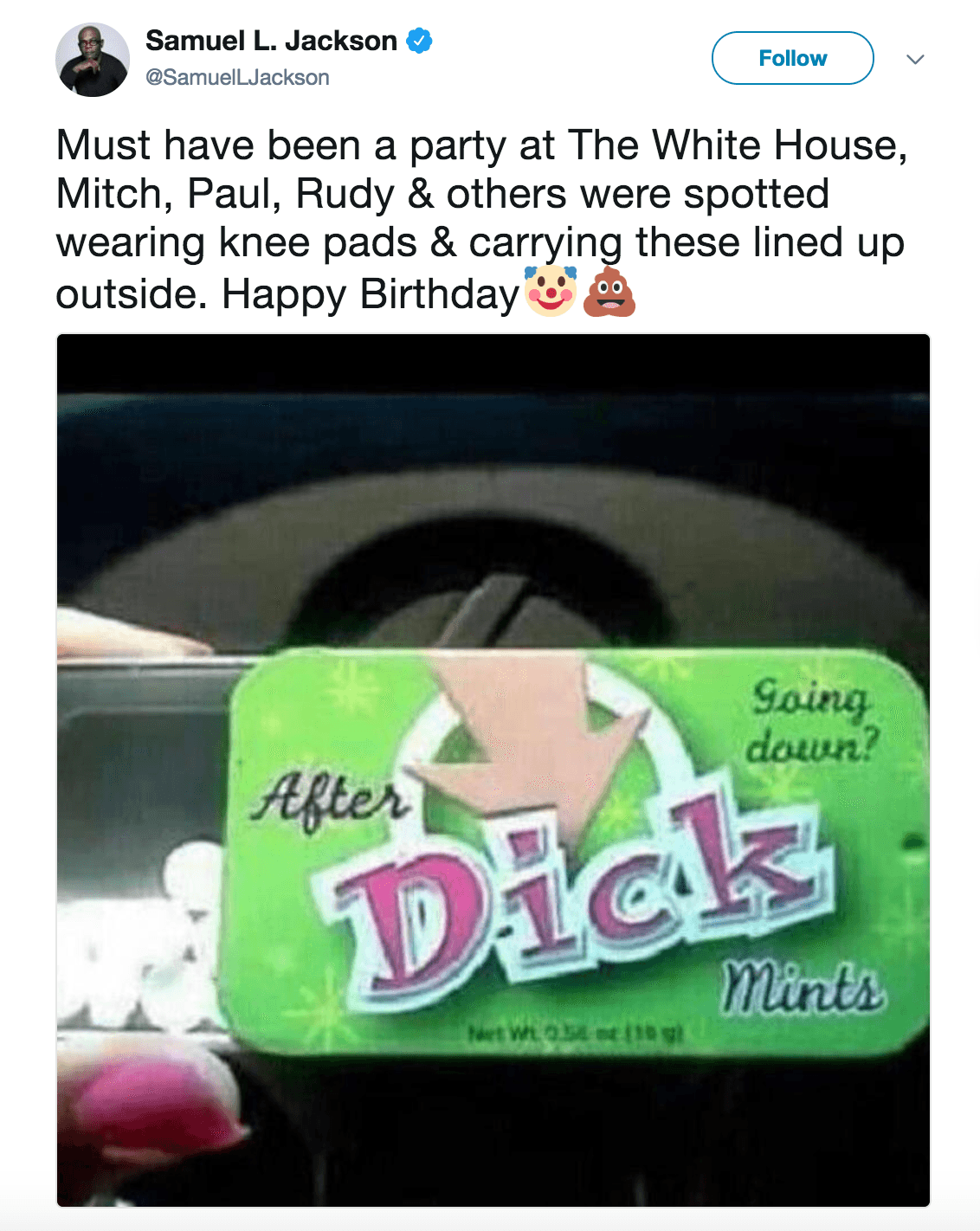 While Jackson’s intention was likely meant to take aim at the current administration, the tweet garnered anything but a favorable reaction. In fact, Jackson’s comment received plenty of backlash; Firefly actor Adam Baldwin, for example, commented on the post, tweeting “Gay shaming?” According to Fox News, Baldwin’s tweet has since been removed.

So, the result of such complaints? Well, the controversy led Twitter to investigate. The company found nothing wrong with the tweet, and Jackson even posted the response. It reads, “We have investigated the reported content and could not identify any violations of the Twitter Rules or applicable law. Accordingly, we have not taken any action at this time.” Furthermore, Jackson captioned the screenshot with, “they just keep tryin’.”

For the record, Jackson is not backing down from the tweet many people see as offensive and homophobic.