These Are the Most Hated Pizza Toppings Everybody Despises

The best pizza toppings to put on your pie is a pretty controversial topic — and rightfully so. Whether you get your pizza delivered or make it at home, pizza is an indulgence. You want your pizza to be worth it. And nothing ruins a pizza faster than the wrong toppings.

Aaron Quint and Michael R. Bernstein report for Lucky Peach that if you want to make a great pizza, no pizza toppings are really off-limits. “If you do it with taste and style, it can be done right,” they write. “If you don’t, it can go horribly, horribly wrong.” These are the most hated pizza toppings many people think take a pie from delicious to disgusting.

Most people don’t order a pizza when they want a healthy meal. And it definitely shows in their choice of pizza toppings. The Daily Meal cites spinach as one of the worst pizza toppings, complaining about the vegetable’s ability to make a pizza soggy while imparting very little flavor.

Cooked spinach has a particularly tenacious reputation as a slimy vegetable. And asking your pizza guy to throw some spinach on your pizza isn’t likely to give you any evidence to the contrary. Thrillist reports even pizza masters find themselves in disagreement over whether spinach belongs on a pizza. 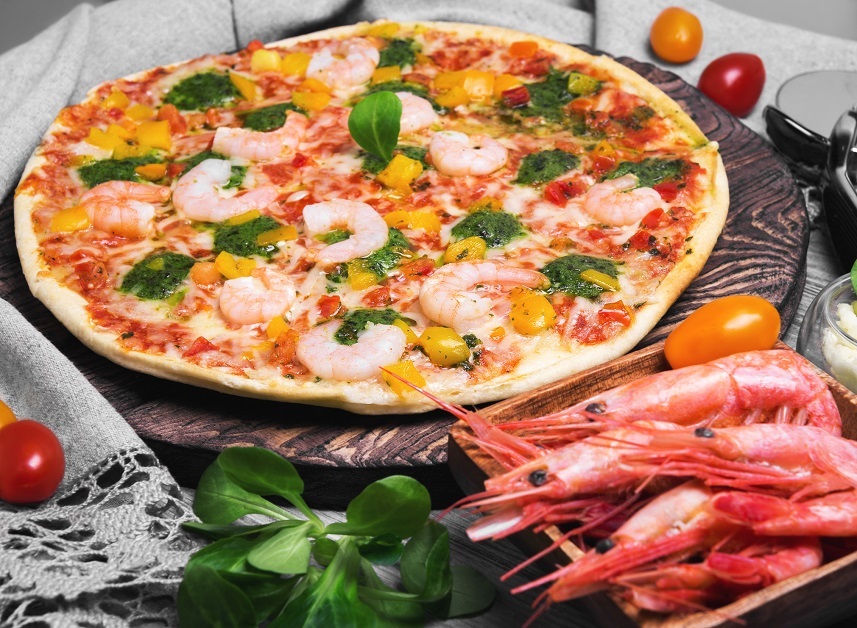 As Smithsonian Magazine notes, Italian culinary doctrine holds that cheese and seafood should never mix. Pizza fans in the United States seem to have adopted the idea. Case in point? Many people love shrimp. But plenty think it has no place on a pizza, where it gets paired with tons of cheese and lots of marinara sauce.

Many pizza lovers think shrimp pairs poorly not only with cheese, but also with tomatoes. Plus, some people think seafood of any type — shrimp, clams, tuna, or, even worse, anchovies — has no business being on a pizza.

Most people approve of tomato sauce on their pizza. (Though many advocate for creative alternatives, such as pesto, white sauce, tapenade, barbecue sauce, or even plain old olive oil.) But few people like raw tomato slices on their pizza. They often release water and make the pizza mushy. And even worse? They rarely add a strong flavor to the pie.

But there’s another pizza topping even worse than raw tomatoes, according to some Serious Eats commenters. Many hate sun-dried tomatoes, which add an intense flavor and unbearably chewy texture to the mix.

Again, most vegetables make for pretty unpopular pizza toppings. A prime example? Broccoli. Some Serious Eats commenters deem broccoli an “inappropriate” addition to a pizza, despite the fact that it’s relatively easy to find on pizzeria menus.

Many people hate broccoli as a pizza topping when it goes onto the pizza raw and emerges from the oven undercooked, still chewy in the middle. But others argue it’s just as bad when it’s overcooked and charred to a crisp. Serious Eats says it’s best when it gets tossed in oil, so it caramelizes as the pizza bakes. But have you ever seen a pizzeria get that method exactly right? 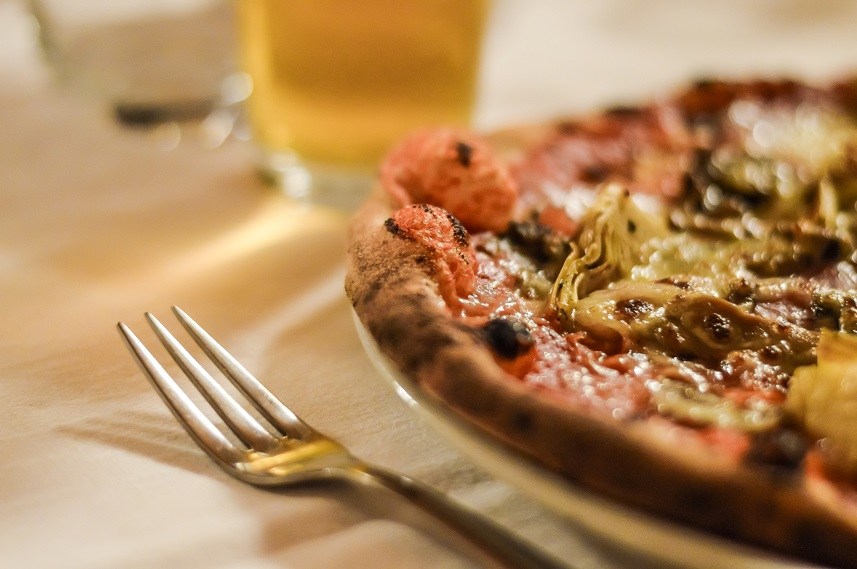 Artichoke hearts might not be the most common pizza topping. But you’ll definitely hear them mentioned at least once if you survey a group of people on their most hated pizza toppings. At the pizza places that have them on the menu, you’ll likely see them treated (and priced) entirely differently than more common vegetables, such as bell peppers. They might taste great fresh. But many pizzerias use marinated artichoke hearts — which are a sure recipe for a mushy pizza.

But some people argue a plain pizza is actually best and that pizza toppings ruin everything. It just goes to show that any pizza-related choice — even what seems like the safest choice of all — won’t go unchallenged.

Harris Poll’s group of respondents must have included at least a few vegetarians — or pizza fans who are just opposed to having meat of any kind appear on their pizzas. Some people love pizza toppings, such as pepperoni, ham, chicken, bacon, or sausage. But tons of pizza fans seem to hate those toppings, too.

Part of the problem? You can never predict the quality of the meat you’re going to get when you order a pizza. Meats as pizza toppings suffer from inconsistency. Plus, many pizza lovers hate pizzas that feature more than one, or maybe two, different kinds of meat.

A particularly unpopular topping among Harris Poll’s meat-averse respondents? Sausage. Perhaps part of the problem is there’s no way to know exactly what kind or quality of meat you’ll get if you order a pizza topped with sausage. There’s no way to know whether you’ll get something flavorful and juicy or just some dry ground meat with little taste.

And if the very real possibility that the sausage you order on your next pizza doesn’t get you to change your order, you might want to know both pizza and sausage number among the very worst foods for your heart.

Vegetables as pizza toppings seem like a pretty divisive topic on their own. But peppers? According to Harris Poll’s results, many Americans absolutely hate peppers on a pizza. Though the respondents didn’t get to specify exactly which kind of peppers they despise the most, green peppers seem like a good bet. In fact, green bell peppers appear time and time again in Serious Eats’ survey of the most hated pizza toppings.

And even Thrillist’s pizza experts concede that often peppers add nothing more than texture. Plus, we can guarantee you know at least one pizza fan who will veto any kind of pepper on their pizza, whether it’s a bell pepper, banana pepper, or jalapeño pepper.

Even though pepperoni emerged as the favorite pizza topping in Harris Poll’s survey, many respondents also named it as their least favorite. Of course, asserting that pepperoni is the worst kind of pizza is bound to be an unpopular opinion (except if all your friends are vegetarians).

But that doesn’t change the fact that pepperoni isn’t actually Italian. And this spicy sausage, while incredibly popular across the United States, borrows its name from the Italian word for large peppers, such as bell peppers.

Thrillist notes olives are one of the most divisive pizza toppings because they can either be “subtly salty” or “overpoweringly chemical-y,” depending on your pizzeria’s choice of olives. Diehard olive lovers will brave the odds. But many would rather cut their losses and ditch the olives altogether.

Another pizza topping many Harris Poll respondents hate? Onions. It’s unlikely anybody’s surprised to see them make the list of the most hated pizza toppings. White onions usually seem out of place on a pizza, and red onions are rarely better. Texture also comes into play when onions are involved because most people dislike onions that are left even a little bit crisp but also hate onions that get too soft or stringy.

Thrillist reports several “pizza masters” like onions as a pizza topping because the natural sugars in onions caramelize when they cook. But that might not happen at your local pizzeria. 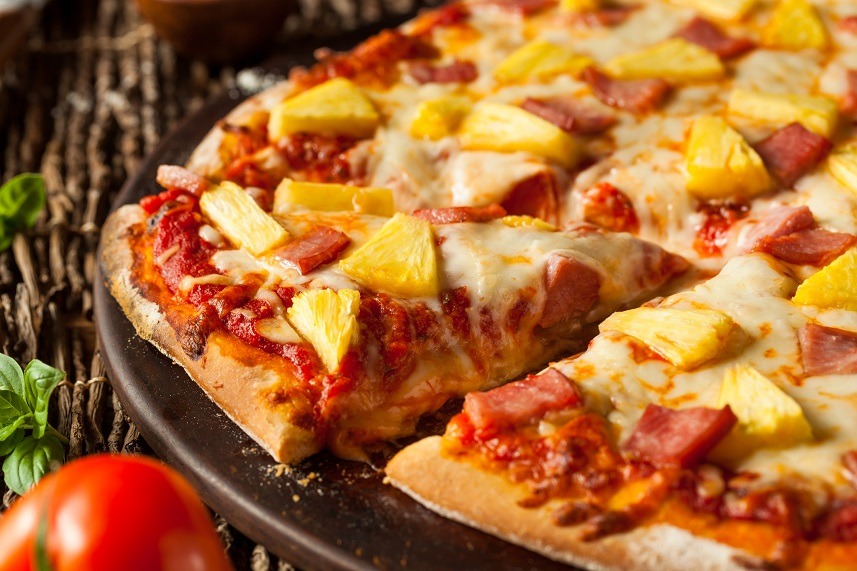 Even people who love pineapple often prefer the fruit keep its distance from their pizza because its sweet flavor seems at odds with the savory nature of the rest of the typical pizza toppings and ingredients. Plus, its watery texture doesn’t do any favors for a pizza that’s already got plenty of sauce, cheese, and oil to go around.

The second most hated pizza topping among Harris Poll’s survey respondents? Mushrooms. Many people dislike the flavor of mushrooms in the first place. But even people who do like mushrooms often complain they don’t belong on a pizza. Especially when it comes to the budget-friendly mushrooms most pizzerias keep in stock — it really doesn’t help that some pizzerias even use canned mushrooms — this pizza topping adds very little flavor. 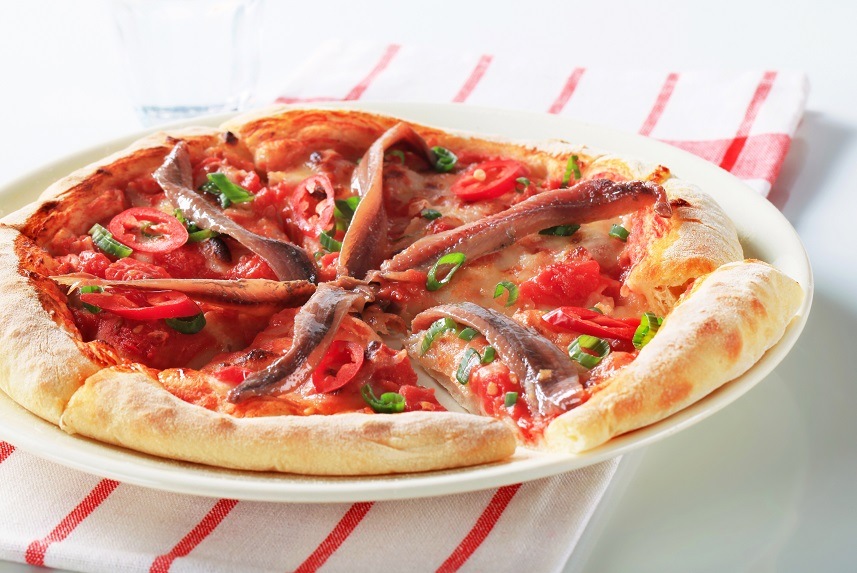 Almost nobody will be surprised anchovies take first place as the most hated pizza topping. Some common complaints? These tiny fish add nothing but a salty flavor to your pizza. And they end up being the only thing you can taste on your pizza.

In reality, what you taste in fresh anchovies is actually umami, a fifth taste that goes beyond salty or sweet and is often characterized as “savory.” But that doesn’t mean your local pizzeria will stop using the cheapest anchovies available — or that anchovies will ascend from their place as the most hated pizza topping anytime soon.

Read More: Best Pizza Ever: The Only Pizza Recipe You’ll Ever Need