Vacations are supposed to be a time to enjoy life, relax, and explore somewhere new. But sometimes you get hit with a mysterious illness that leaves you bed ridden for most of your expensive getaway. If you’re looking to travel somewhere new but are prone to illness or worried about getting sick, the destinations on this list might be places you should avoid.

Most Americans who travel to the Dominican Republic are aware that it’s unsafe to drink the tap water. But why? It’s because you run the risk of developing gastro infections.  Traveler’s diarrhea is one of the most common illnesses picked up by people traveling overseas. You get it by consuming food or water that’s contaminated with bacteria, viruses, and parasites. Since sanitation practices are different in various countries, your digestive system isn’t used to those organisms. You end up with a very upset stomach.

Next: This country has a nickname for its common illness.

According to an Australian survey, India was the No. 1 destination where Australians fell ill while traveling. Indian cuisine uses various spices and seasonings, specifically curry, that tend to disagree with people who are unfamiliar with the cuisine. It is a form of traveler’s diarrhea, but some call it “Delhi belly.” Hepatitis A and typhoid vaccines are recommended before travel. India also carries a risk of cholera.

Next: Zika virus is present in this country — and it’s not in the Caribbean.

Vietnam took the No. 2 spot in Australia’s survey of travelers who fell ill. Although traveler’s diarrhea is the most common form of illness, the CDC also recommends hepatitis A and typhoid vaccinations before traveling to Vietnam. Zika virus is also present in Vietnam, and it can lead to serious birth defects if it infects pregnant women.

Next: This country ranked third for most likely to get people sick, according to Australia’s survey.

In that same Australian survey, Thailand was the No. 3 spot where Australians fell ill when traveling. The CDC recommends vaccinations for various diseases like hepatitis A and typhoid before going to Thailand. Both of those diseases are easily contracted by eating contaminated food or water. Thailand also has a risk of malaria and traveler’s diarrhea.

Next: Diseases like typhoid and malaria are common in this country.

Be wary when going outside a resort. | Daniel Slim/AFP/Getty Images

Traveler’s diarrhea is common in Mexico. Hepatitis A and typhoid vaccines are recommended. Although most people traveling to Mexico tend to stay at the resort, anyone who is traveling outside of the resort or to remote areas is also urged to get a rabies vaccine. Rabies is common in animals like dogs, bats, and other mammals found in Mexico, according to the CDC. Use bug spray as well to avoid contracting malaria.

Next: This country has very poor health care, so getting sick could end in tragedy.

The gorgeous waters and mountains in Madagascar might make it seem like a desirable destination. But it actually carries serious risks. In 2015, International SOS named Madagascar an “extreme risk” country for travelers. The country has very sparse access to medical care, especially in remote areas. In the event of an emergency, finding an adequate hospital can be very difficult. Plus, Madagascar is not known for having great sanitation practices.

Next: Rabies is prominent in this country’s bats.

Watch out for rabies from bats. | Rodrigo Arangua/Getty Images

Besides the recommended typhoid and hepatitis A vaccines, one other vaccine the CDC recommends is rabies. But that does not apply to all travelers. Rabies is prominent in bats in Chile, so if you’re traveling to remote areas, you risk coming in contact with rabid animals. It is also not recommended to drink tap water or eat undercooked foods while in Chile due to the risk of traveler’s diarrhea.

Next: A mosquito-borne virus added this country to the list.

A mosquito-borne virus is a threat. | gydyt0jas/iStock/Getty Images

This small Caribbean island makes the list for its threat of chikungunya virus. This is a mosquito-borne virus that originated in Africa in the 1950s but made its way to the Caribbean in 2013. In 2014, Martinique reported 73,000 cases of chikungunya virus. Although Caribbean countries have cracked down on preventative measures to avoid the virus, it’s still possible to contract it. Always wear mosquito repellent when outdoors and become aware of the symptoms associated with the virus: aches, fever, muscle pain, nausea, and rash.

Next: This country recently had a yellow fever outbreak.

Brazil’s potential risks are similar to many other countries on this list, with the exception of one disease: yellow fever. In the past few years, Brazil has seen severe yellow fever outbreaks. Another outbreak emerged in early 2018. From July 2017 to March 2018, there were more than 1,000 reported cases of yellow fever. And 340 people died. Now, the country is in a rush to vaccinate all of its citizens, so be sure you get a vaccination before you go.

Next: This might not be a country, but its still crawling with disease.

Lots of people in tight quarters is a recipe for disease. | Makinwa/iStock/Getty Images

Cruise ships are breeding grounds for disease. Thousands of people in tight quarters is exactly where disease thrives — that’s why illnesses like norovirus are often reported on cruise ships. There is no vaccination or way of preventing norovirus (a nasty stomach bug) besides practicing proper hand washing and staying away from others who are infected. But on cruise ships, it’s very hard to avoid anyone for long.

Next: Here are some tips to avoid getting sick while traveling.

You might be able to avoid diseases spread through bugs. | Miguel Schincariol/AFP/Getty Images

Always travel with insect repellent. Many diseases can be spread through bugs — especially mosquitoes. If you’re not properly vaccinated, the next best way to avoid a mosquito-borne illness is to always be sure to use bug spray whenever you’re outside. Even if you’re relaxing on the patio of your resort, be sure to adequately protect yourself.

Next: Avoid this in any underdeveloped country.

Don’t forget ice might be a risk, too. | iStock.com/AnnaPustynnikova

Avoiding tap water is not as mindless as it sounds. It’s easy to forget about the ice in your drink or accidentally rinse your toothbrush off under running water. Both of those things involve ingesting tap water, so be careful. Some resorts in places like Dominican Republic and Mexico do filter their ice, but they definitely don’t filter the water coming from your hotel sink. Always practice proper precautions, and avoid foods washed in tap water (such as fresh fruits and lettuce) as well.

Next: Never order this.

Consuming undercooked foods anywhere can be risky, and traveling to another country is no exception. When you consume undercooked foods, you risk bacterial infections from the meat, seafood, etc. that you could be eating. Always make sure to ask for your steak or burger well done to minimize the risk. Never order raw fish or “on the half shell” specials while traveling, either.

Next: Don’t ignore these CDC warnings.

Always get vaccinated when necessary

Next: Don’t interact with these while you’re away. 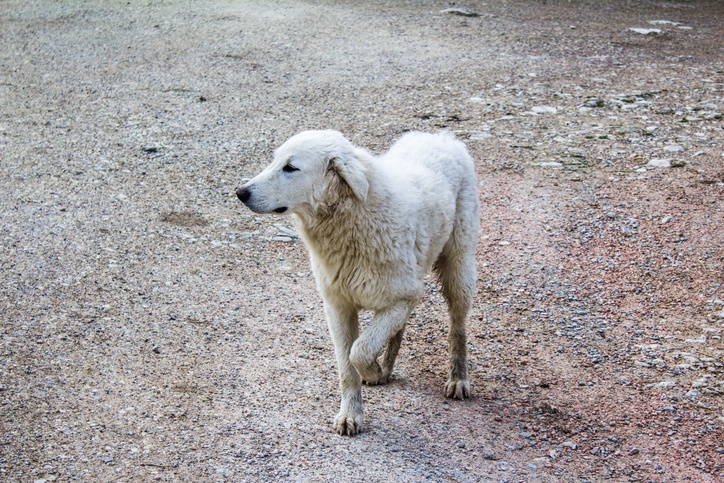 While most adults know to avoid stray animals, children do not. Sometimes, cats or small dogs might run stray at resorts (cats are especially common at Caribbean resorts). While the animals are mostly harmless, they still run the risk of spreading disease. If you see an animal at a resort or throughout your vacation, educate small children on the dangers of touching these animals and always ask them to tell if you if they suffer even the most minor scratch or bite from an animal.