Most food trends are irksome at best. Not everybody wants kale in every salad they eat or another side of roasted Brussels sprouts. Occasionally, though, there’s a surge for some seriously delicious eats. Bacon is a great example, but let’s be honest, it no longer has the same appeal it once did. Never fear, because Quartz reported pulled pork is poised to steal the show as it continues to grow in popularity.

The proliferation of barbecue restaurants likely has something to do with the phenomenon. And though we think pork shoulder piled on a bun with slaw and a bit of tangy sauce is completely delicious, this versatile cut of meat is capable of so much more. We’ve found five fantastic recipes that give pulled pork a completely different look. We’re not sure if it’s the new bacon, but it’s definitely tasty. 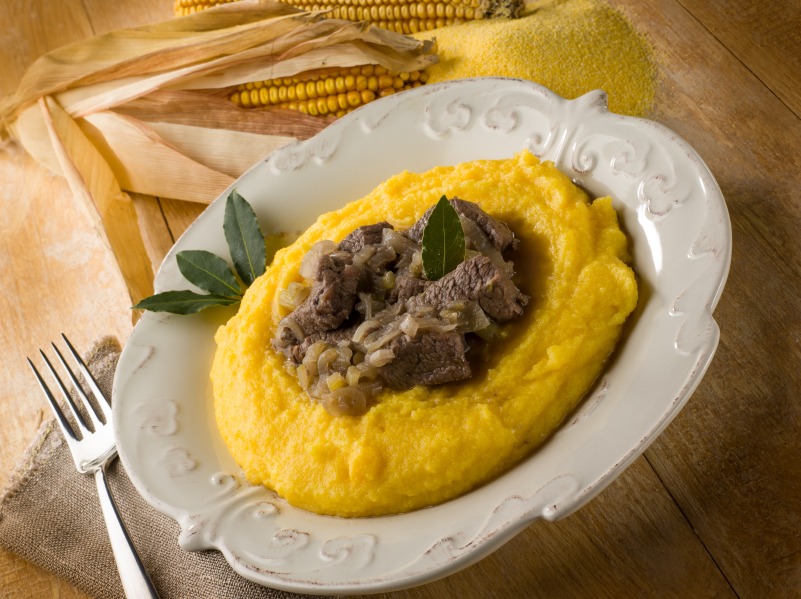 For most people, pasta sauce means a bunch of tomatoes cooked with some ground beef. Over in Italy, it’s just as common to see versions made with slowly braised meats, sometimes without any tomato at all. This rich pork dish from Lidia’s Family Table, featured on TLN, uses some pretty humble ingredients, like onion, carrot, celery, garlic, and bacon, to great effect. The real key to this dish is time, because it allows the pork to become tender and intensifies all the flavors.

Once the pork is braised, you have can serve it tons of different ways. Pile it onto crusty rolls with some provolone cheese or shred the meat and toss with pasta. You can also eat it as you would a pot roast with some mashed potatoes or polenta alongside to soak up all the delicious juices.

Directions: Using a food processor, mince bacon and garlic into a paste. Feel free to use the food processor to chop your vegetables.

Rinse and dry the pork, then sprinkle with ½ teaspoon salt on all surfaces. Pour oil into a braising pan, and set over medium heat. Lay pork in pan, and brown, turning after a minute or so, on each side. While meat cooks, add bacon paste to pan, and let it render. Add pepper flakes, and let toast in rendered fat. After about 3 minutes. Add the tomato paste, and stir until caramelized, about 1 minute. Add carrot and celery. Cook, stirring, about 1 minute.

Add onions to pan around meat. Sprinkle remaining salt over onions. Increase heat to medium-high, and stir onions to combine with other vegetables and bacon until onions are beginning to sweat, about 5 minutes. Cover, and reduce heat to medium low.

After 45 minutes, uncover, flip pork over, and stir onions. If there are any signs of burning, reduce heat even lower. Onions should be wilted, but not dark brown. Replace lid, and cook another 45 minutes. Uncover again, turn meat, and stir onions. They should be reduced into a thick sauce at this point. Stir in 2 cups of broth. Season with salt, to taste

Cover, and cook another 30 to 45 minutes. Braise is done when onions melt into sauce and meat is completely tender when pierced with a fork. Serve. 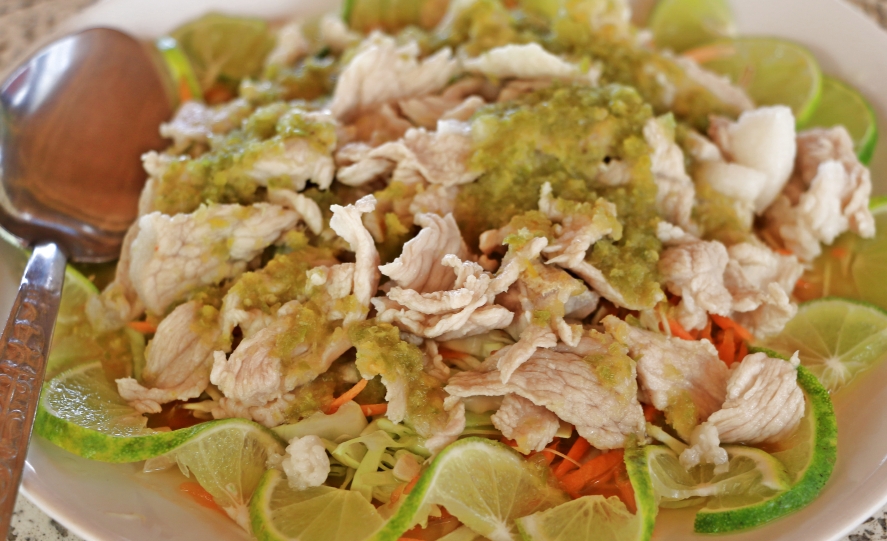 Takeout curry from a local Thai restaurant is always tasty, but making your own is a lot easier than you might think. The Kitchn uses a slow cooker to braise some pork and potatoes in coconut milk and green curry paste, so you can have a flavorful feast ready as soon as you walk in the door after work. Though this recipe browns the meat in the oven, you can speed the process up a bit by starting it on the stove.

Heat a large skillet over medium-high heat until it’s very hot, then let the pork pieces cook in a slick of vegetable oil. Once the pieces are deeply browned on one side, flip, and let the other side pick up some more color. Then, transfer the meat to the crockpot along with the potatoes and remaining ingredients. Feel free to go a little nuts with garnishes to brighten up the finished dish. Sliced jalapeños, mint, cilantro, lime wedges, coconut flakes, and sprouts are all great choices.

Directions: Preheat broiler. Cut pork into four pieces and season with salt and pepper. Place on a large baking sheet. Broil, turning once, 15 to 20 minutes, or until well browned.

Spread potatoes into bottom of slow cooker. Season with salt and pepper.

In a large skillet, heat vegetable oil over medium-high heat. Add curry paste. Cook 3 to 5 minutes, or until paste is aromatic and begins to absorb oil. Whisk in coconut milk, and cook another few minutes, until coconut milk begins to bubble.

Arrange pork on top of potatoes, and add coconut milk mixture. Cook on low 6 to 8 hours. Shred pork with two forks, and season with salt, to taste. Serve with rice, cilantro, and coconut. 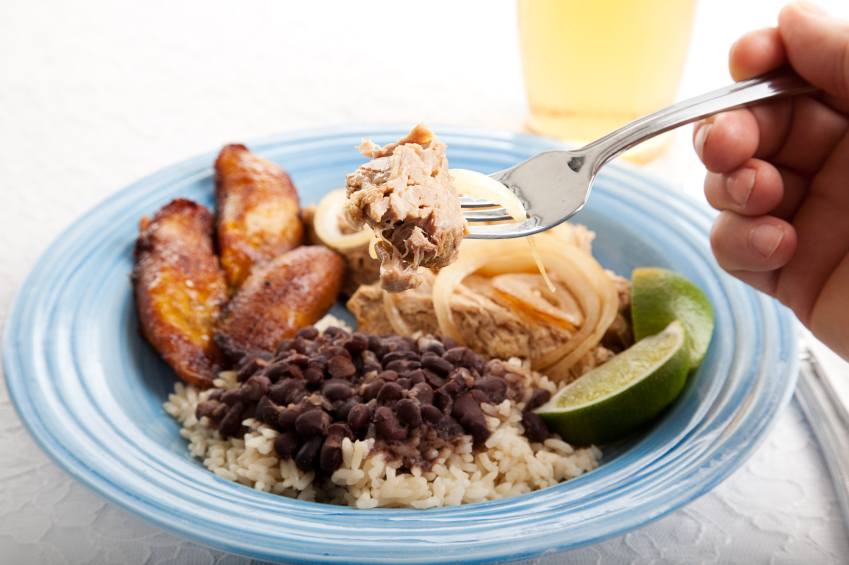 Give your favorite protein a Cuban feel with Magnolia Days’ delicious recipe. The pork is both rich and tangy with a blend of citrus juices and seasonings. You’ll want to start this dish a day ahead, because the pork needs to marinate overnight. Keep things traditional by serving the finished meat with some stewed black beans and rice. Make sure to save leftovers, because this pork will make the best Cuban sandwich you’ve ever had.

Directions: Place all ingredients except for pork into a blender, and blend until smooth and combined. Add to a large zip-top bag. Pierce pork on all sides with a knife, and add to bag. Marinate overnight in the refrigerator. 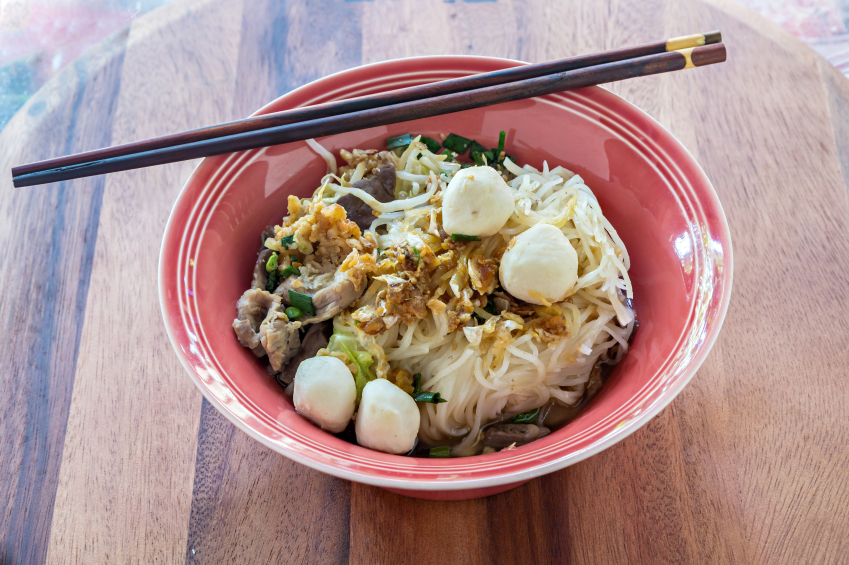 Packaged spice blends are usually super expensive and don’t have many practical applications. The one exception to this is Chinese five-spice powder. The versatile seasoning is an all-star ingredient that adds a flavor boost to to everything from glazed ribs to quickly sautéed green beans. Put it to use in Food Network’s Chinese-inspired pulled pork to see just how much of a difference it can make.

The recipe couldn’t be any easier. Rub the spice powder and some salt over the pork, and transfer it to a slow cooker with chicken stock, brown sugar, sesame oil, garlic, and ginger. The crockpot does the rest of the work for you.

Transfer pork to platter, and cover. Let rest 15 minutes. Pour cooking liquid into a measuring cup, and skim off vegetables and fat. Slice meat, and serve with noodles and sauce. 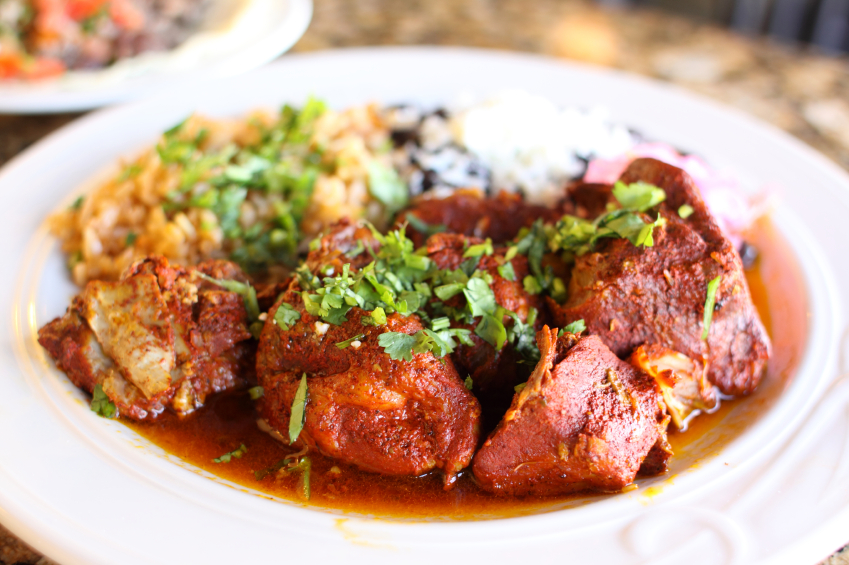 In Mexico, you’ll find tamales wrapped in banana leaves just as frequently as ones tucked into corn husks. The tropical greenery is also used in a classic preparation for a whole pig, often cooked in a pit. It’s a phenomenal feast, but definitely a labor of love. For a more practical version, try this oven method from Andrea Meyerss. Don’t stress over finding banana leaves too much, because they’re usually easy to find in the frozen section of Mexican grocery stores. You can also skip the greenery and wrap the pork in parchment paper instead.

Directions: Add orange juice, bitter orange juice, achiote paste, lime juice, salt, garlic, oregano, cumin, and allspice to a blender. Blend on low until achiote breaks up, then increase to high, and blend until smooth. Pour into a large bowl, and add pork. Toss until coated. Refrigerate up to 1 day. Bring to room temperature prior to cooking.

Lay banana leaves flat and cut away thick edges. Rinse under cold water, and wipe off white spots. Pat dry. Using tongs, heat leaves over burner until just softened, about 5 seconds. Flip, and repeat on other side. Wipe any remaining dirt with a towel.

Preheat oven to 350 degrees Fahrenheit. Line a baking dish with banana leaves, overlapping, as needed. Add pork, and spread into an even layer. Fold overhanging banana leaves over top. Cover with remaining leaves, tucking around edge of dish to cover. Cover with aluminum foil.